Things to Smash with an Axe

Most of the enviroment is not destructable, even identical items found elsewhere. There are several other breakable things like tables, benchs, file cabinets… ect but they all drop small amounts of wood scraps so I’ll add those later.

There are quite a few free axes laying around in the game and they are cheap to make at a forge.

The Playground at the white house base is destructable. 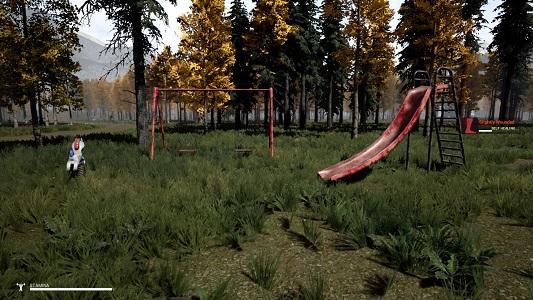 The Generator near the white base. 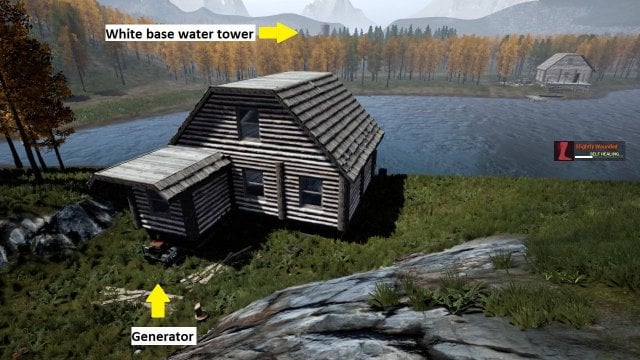 Along the edge of the farm land this base has several destructable objects. 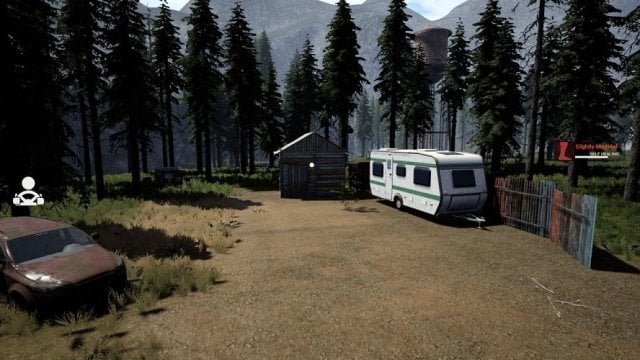 Save & Exit > Reload > Everything respawns!

Other things probably worth mentioning

Not everything destructable will respawn on a fresh load. Seems that functioning buildable items like the wooden light posts, water barrels and workbenches wont respawn nor will containers like lockers bags and file cabinents. Should point out that the generator mentioned above although buildable, is a non functioning version so it will respawn.

There are at least enough car parts for 4 fully working vehicles. There are at least 3 lootable Jerrycans, (so you shouldnt have to craft any) each jerry holds 20lt and each car holds 50lt of fuel so you can use them like water barrels for stockpiling fuel rather than a bunch of jerrys. The nondrivable blue cars can also be used as car part storage by fixing it as though it was drivable, they too hold 50lt with 10 invintory slots in the trunk. The white base for example has 2 of these out front giving you 100lt of fuel storage, 8 wheel slots, 2 for every other part, and 20 slots of trunk space between both the cars.

An endtable in the door and a single livestock fence in each of the boarded windows will not only keep bandits and zombies out at all times, but can be used to keep the ai survivors either in or out. 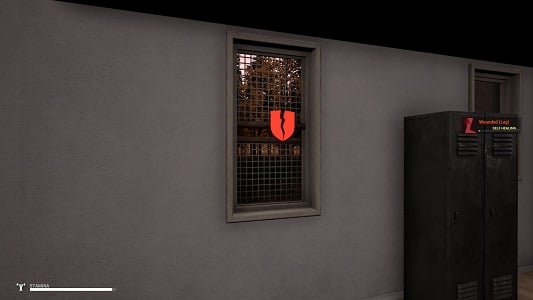 Do not put lockers in front of windows that can jumped through! It might break line of sight but it will not stop them from coming right through that window, destroying the locker and everything in it. This happened to me prior to fencing the windows and it was just the regular boarded windows, even still I haven’t put a locker infront of a window since then so I’m unsure if completely stops that problem too.

Bears can’t hit you on top of a car so just roll right up to them, get out, hop on the roof and shoot them in the face with a wooden arrow. Cheap easy and risk free. Zombies and Bandits can both hit you while on the car. 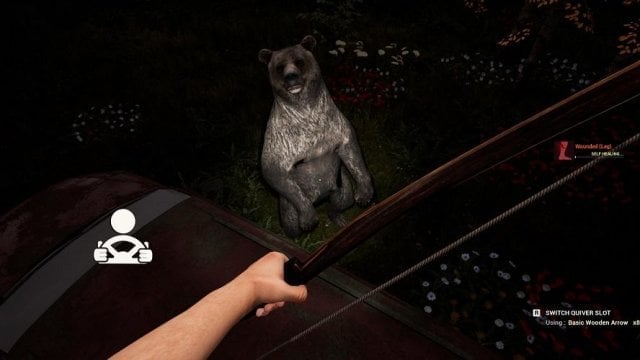 Animal corpses decay at a faster rate than the items (meat ,fat ect) do once removed from the body. Next time you harvest from a bear you’ll notice (if you havent already) that the first piece of meat will have the highest durability and it will degrade at a slower rate than the corpse. So grab that meat first and cook/salt/stew it, then grab any other parts you need as durability of those is nearly meaningless. Durability of Animal Fat only acts as a timer till the item expires, it has no relation to the amount of Low-Grade Fuel you get from Rendering. The total weight of fat on the animal is divided up in equal parts by the number of harvests and that weight is cooked into liters of Low-Grade Fuel which does not lose durability. 4.5kg of Animal Fat will produce a single full 1.5lt can of Low-Grade Fuel.

This parts kinda weak so I’ll reproduce it to be sure but, Animal Guts and Animal Hide can hit 0 and even negative durability while on a rack, once those pieces are dry they can be used to produce items as usual with no ill effect and without poofing somewhere along the line.

IMO dont use the Knife for anything other than harvesting animals and glory kills stealth kills. At some point you’ll want to use it for bark but use an axe because its substantally cheaper to make and is going to yield leaves, branches and logs if you cut it down. The 15 Metal scraps and 10 Components for 1 Knife vs 2 Ingots (4metal) and 6 Wood (2 logs) for an Axe speaks for it’s self.