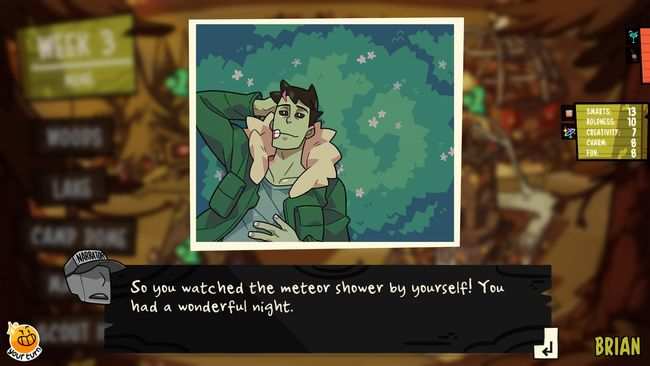 The route is triggered by writing “Moss Mann” (case sensitive) in a gossip prompt around the camp fire. Moss will then confront you in the next event for gossiping about him. You MUST meet him in the same location as the first encounter for the rest of the route.

Ask nobody to the Meteor Shower.

Notes:
Choose the choice of the higher stat.
There’s a chance to fail when both stats are too low or equal.
Stat checks are inconsistent and tentative. (Devs plan to change/have changed some.)