My Time At Portia – The 2nd Round All About Fish

It is only Fun facts – and you can skip reading it if you want to rush the main story —
You get the Fishing Rod quest from Qiwa on the 3rd or 4th day just double the materials and make yourself a Beginner’s Fishing Rod.

Other My Time At Portia Guides:

The 2nd Round All About Fish

After you have some Gol go to Sophie and buy 200 – 300 Caterpillar before the fishing event. On 1.12 when you wake up there is a reminder about it. The Location in the 1st year has not changed after reloading but it can happen in the 2nd year. The Event starts at 8 am and ends 3 pm , but my fastest run to the location was 8:15. If you can not find it fast enough the 1st time reload and wake up again, its like Groundhog Day. Each round takes 3 hours. Round 1 (8:15 – 11:15) Round 2 (11:20 – 2:20) Round 3 (2:30-5:30). You need also 200 Gol for each round. I could not run back to the Commerce Guild on Friday for a work order, a used the remaining time to give out presents (2 x points) some chopping wood and quarry to run out my stamina. Later in the evening you get mail from Gale – its about the next event on the 19th. On 1.13 start the day like the day before however give Gale an Emperor Gladiator – it gives you town relation points.

The Beginner’s Fishing Rod has it limits. I could not catch a Goliath or any King Fish. The good thing about this event – all fish in one spot and no junk – End of the event i put 2 Emperor Gladiator in a fish tank what earns me every 6 days 560 Gol.

Make sure you keep 1 of every Emperor – I made myself a Emperor box. After the 6 rounds of the event i caught 12 emperor kinds out of 13. Most of the normal fish I used for cooking and some for the cat. I kept 20 golden Salmon for later “Mint” loves Golden Radish Soup.

After building the Museum

After the upgrade of my Worktable I created the Classic Fishing Rod. On the same spot from the fishing event I could catch my missing Emperor Goliath and some other King, Emperor and normal Fish. This is a good spot to get rich if you need Gol for expanding your land or house. 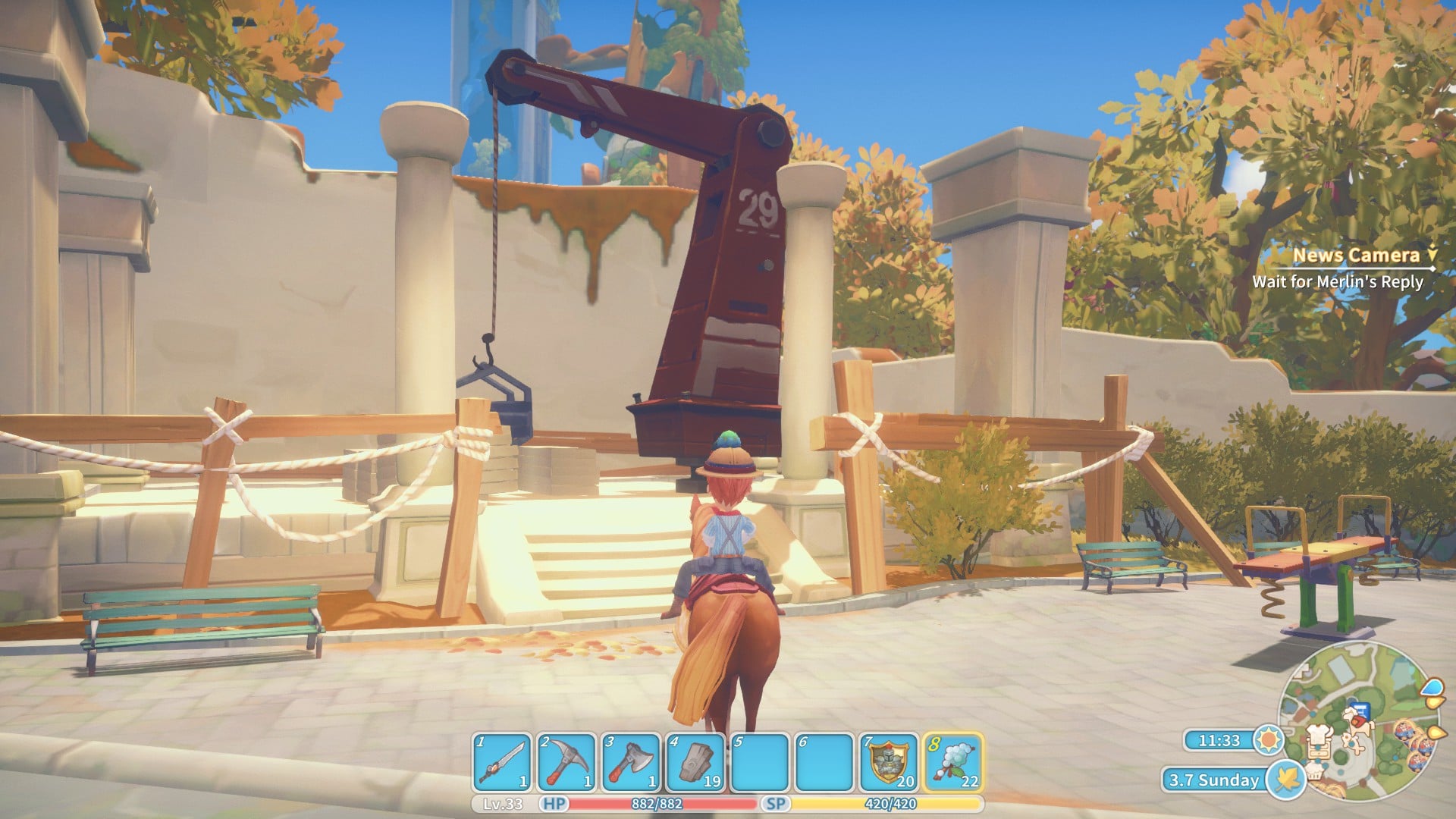 On the 2nd floor of the Museum take your 13 Emperor and put them in the huge tank. 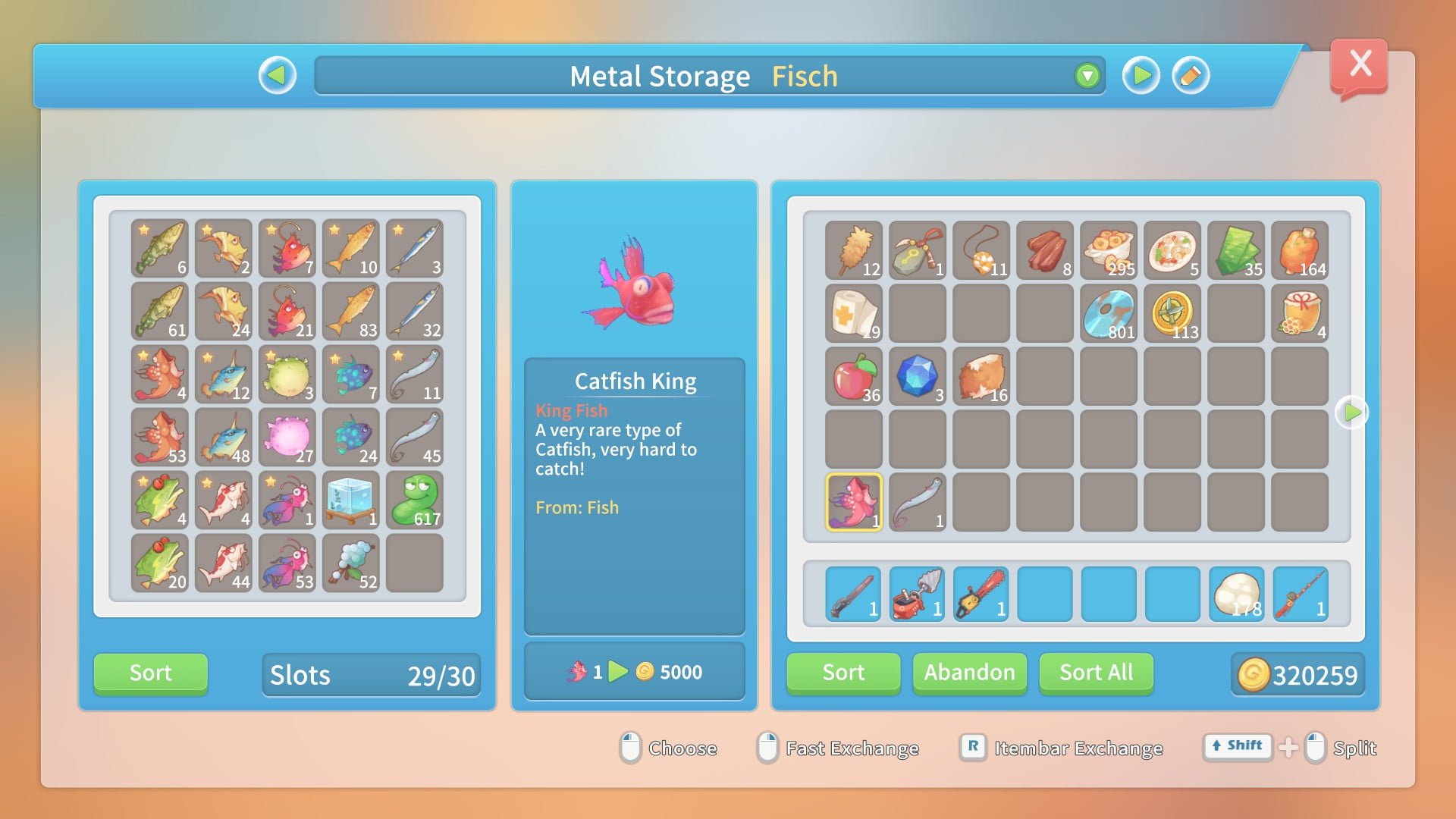 In the 1st round of the Game (it was the 2nd year) I got mail on the same day and the museum send me a salted fish sword and a master fishing rod. The fishing rod is very good to catch the King Fish.

After I put all 13 King Fish in the Tank – No reward – but I bought the Crystal Fish Tank in the Harbor Trade Station already. 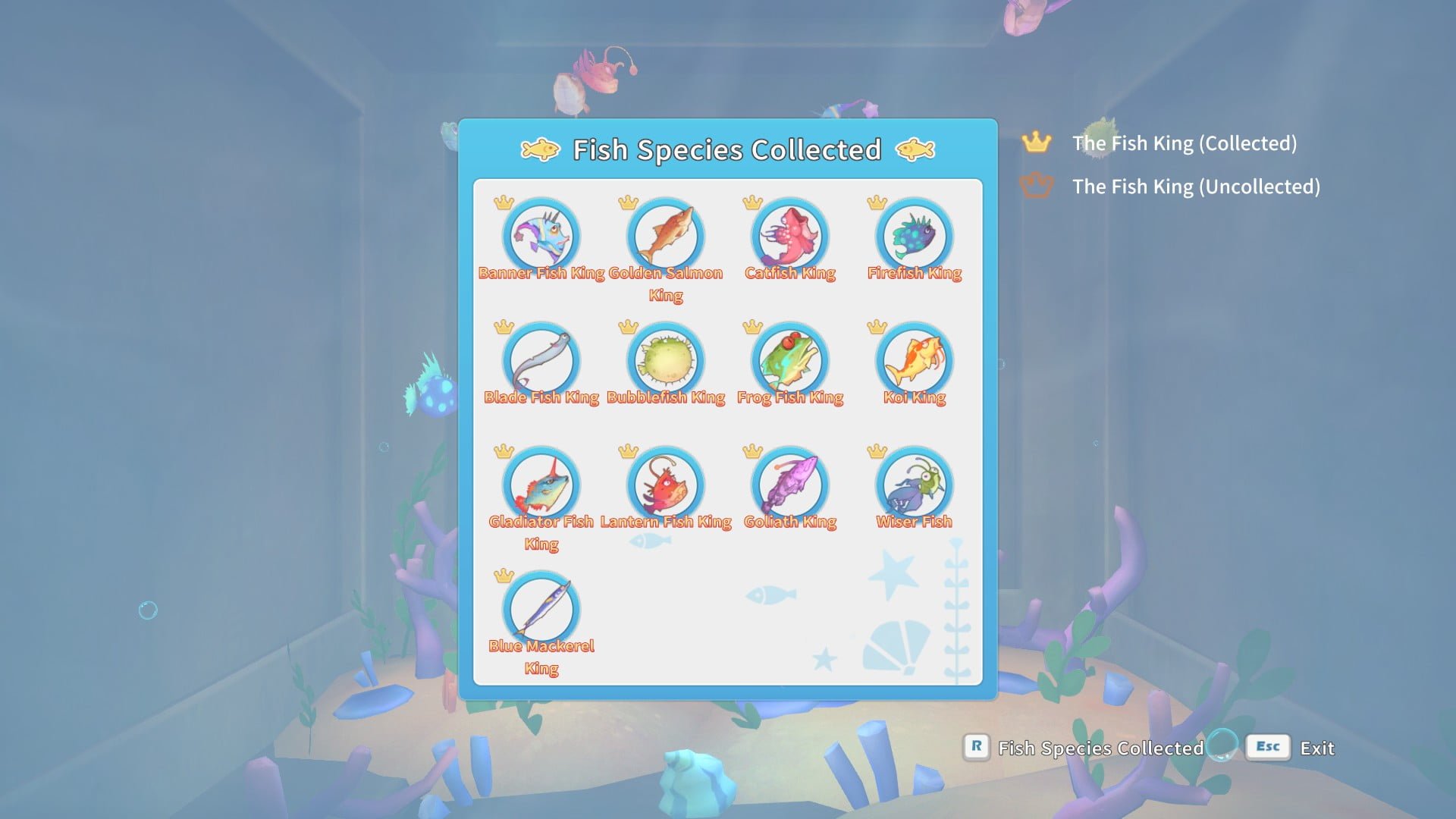 Now in the 2nd round of the game (It is the 1st year and 3rd month) I put all 13 Emperor in in the huge tank and no reward. It looks like a time issue? 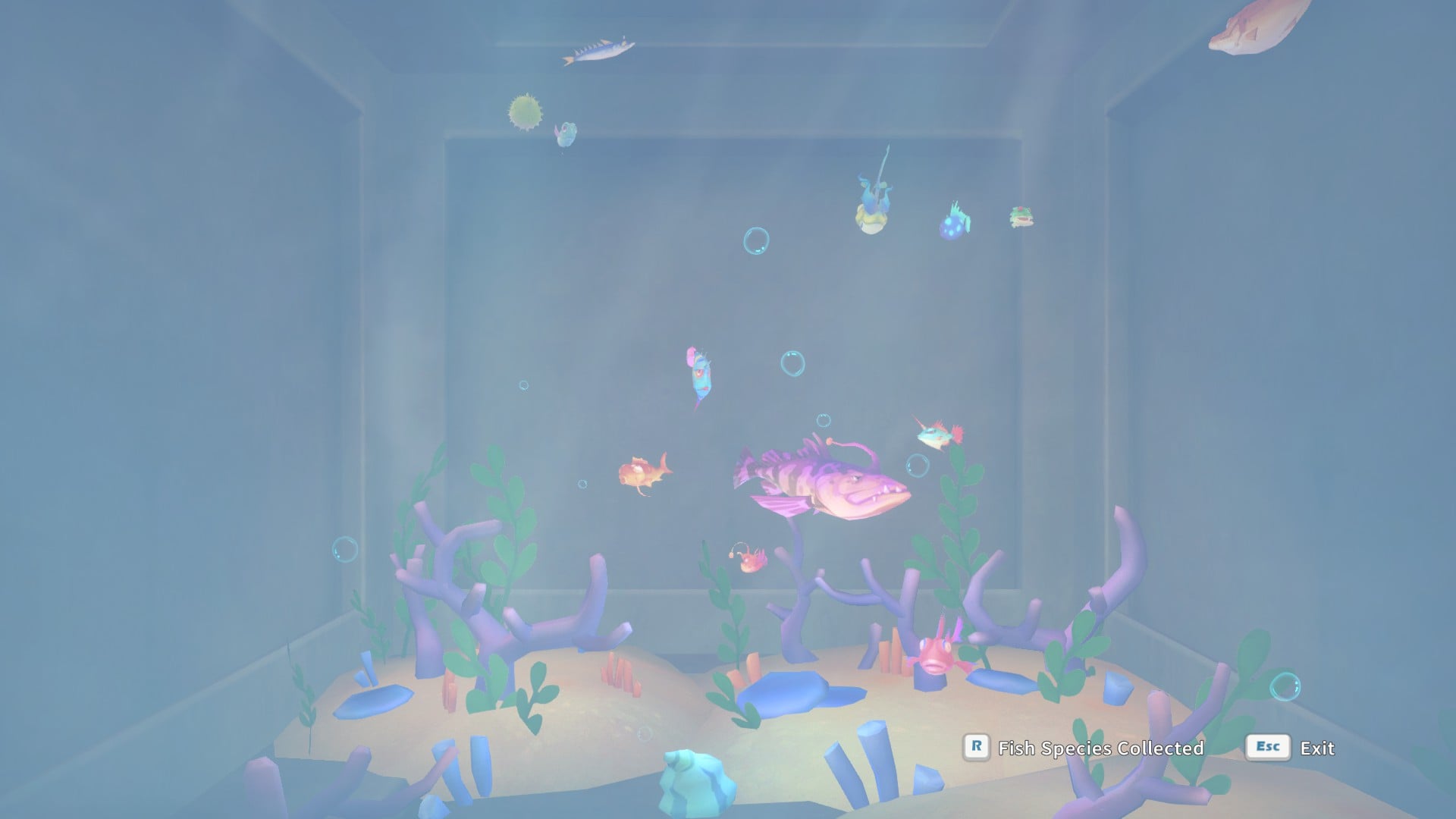 FYI. After the 1st year you get a Big Fish Tank for max 15 Fish for free and you should get a Crystal Fish Tank for Max 20 Fish from the museum after you put the 13 King Fish in the Tank. 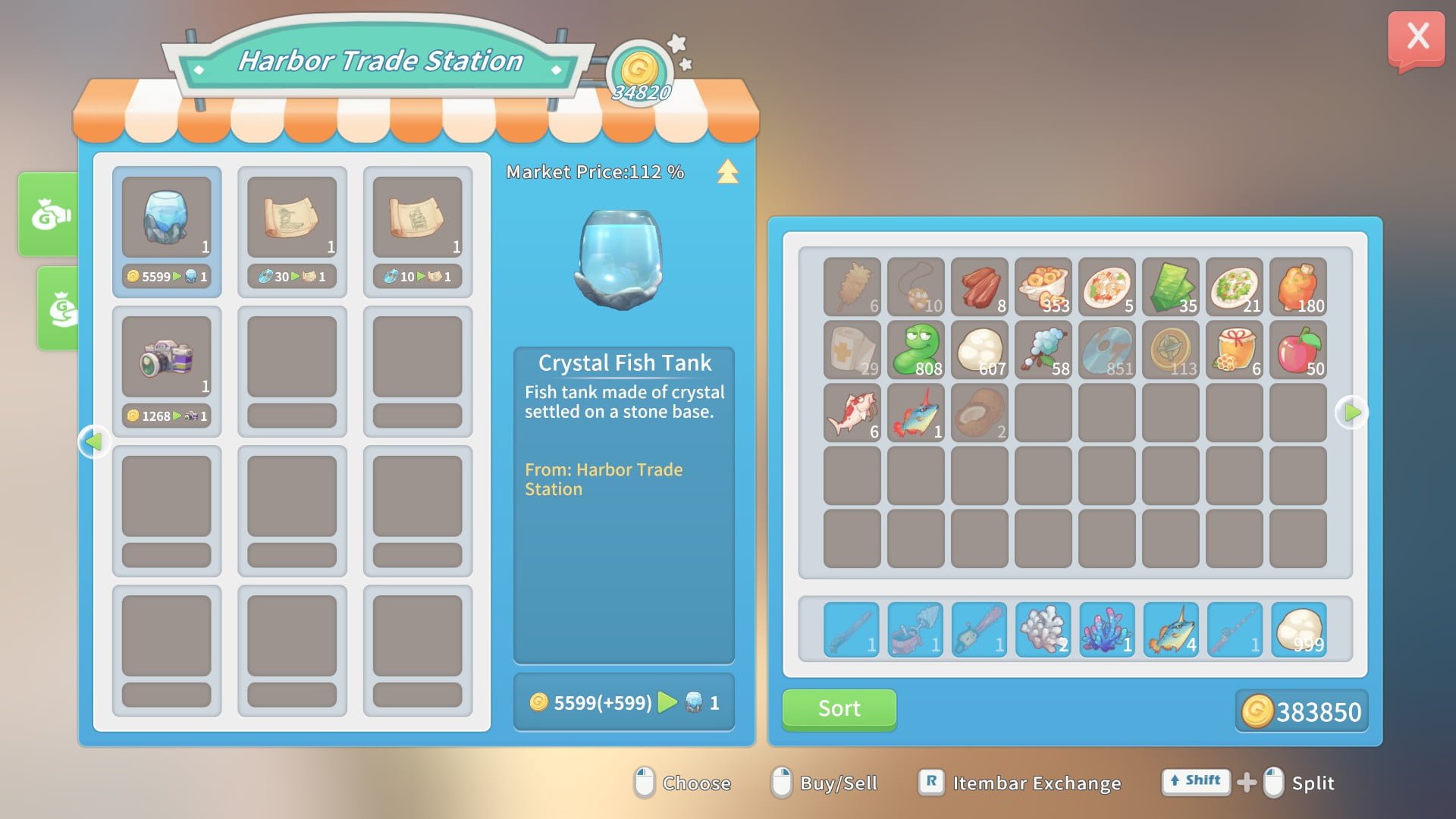 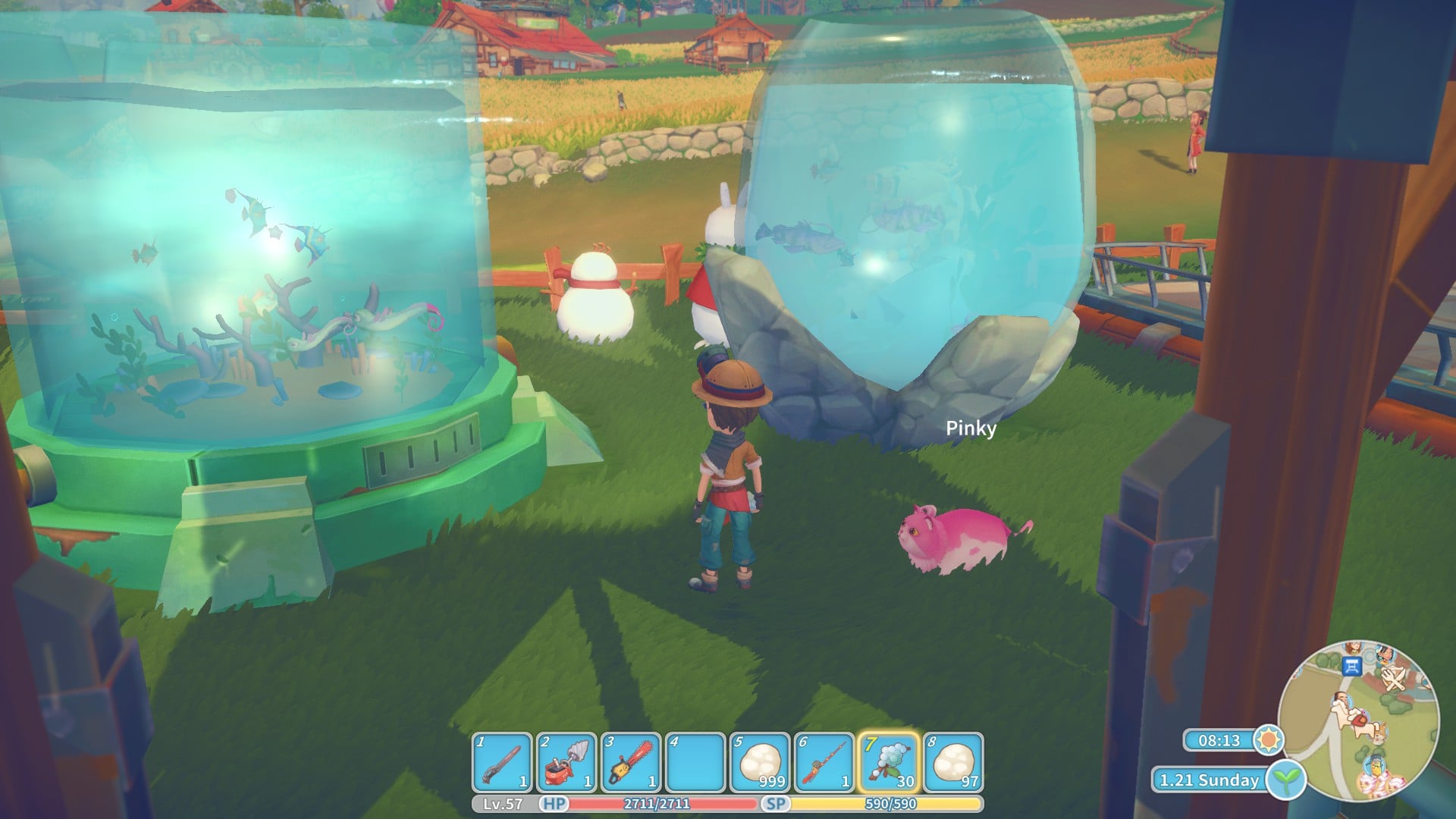 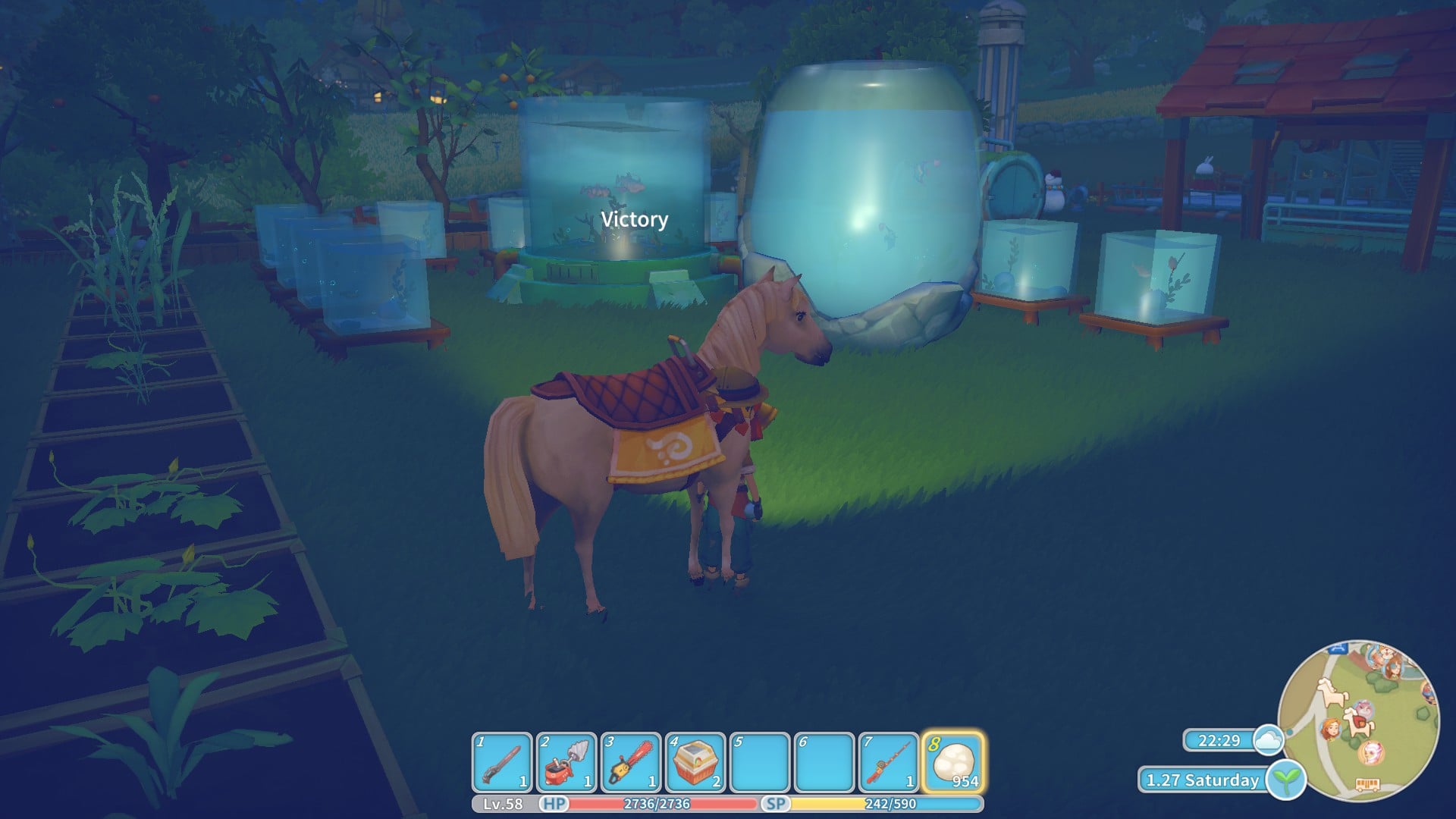 This guide has nothing to do with the main Quest it is only for explorer who want to know how huge and wonderful the Game is. I was not done with this game after the Main Story ended.

In the 2nd round i want to RELAX and maybe get married adopt 1 or 2 kids get divorced and get married again plant trees raise cows, chicken, ducks and sheep. I wish the TEAM Pathea makes a 2nd main story with a better ending. There is all this untouched open area around Portia.