We’ve extensively tested the performance impact of different levels of “Chest Bounciness” option in NEKOPARA Extra. We hope to find a sweet spot between physical fidelity and performance.

While the Nekopara series may not be typically known for pushing PC hardware to its breaking point, there are still undoubtedly some gamers out there who are running more modest systems.

For this reason, we’ve extensively tested the performance impact of different levels of “Chest Bounciness” option in the latest title in the series, “NEKOPARA Extra”. We hope to find a sweet spot between physical fidelity and performance, which offers a great compromise between framerate and spectacle. 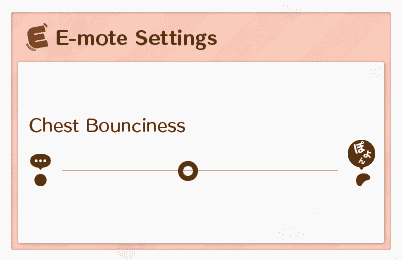 Performance was measured throughout the scene where Cinnamon and Maple are playing with Shigure’s iPon. This scene was chosen because it prominently features the two characters with largest breasts in the entire game. If any characters are going to push the NEKOPARA Extra engine to it’s absolute limit, it’s going to be Cinnamon and Maple. FRAPS was used to benchmark the minimum, maximum, and average framerates throughout the scene. 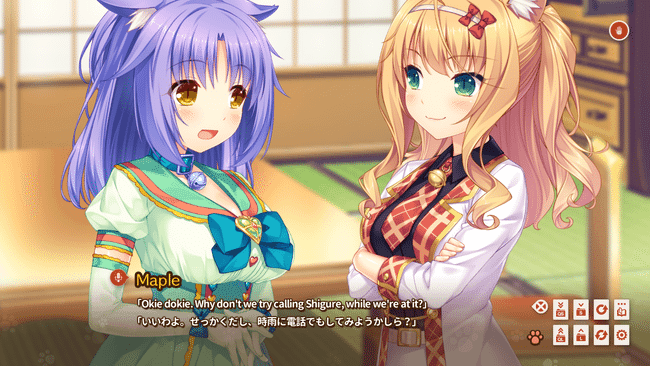 Performance was measured for 100 seconds on each setting. Performance started being measured on the first line of dialogue which is spoken while Cinnamon’s Live2d model is being rendered, right as she starts to say 「Oh, by the way, don’t these iPons have Tsuri? You know, Tsuri.」 or 「あ、そういえばアイポンってツリあるよね、ツリ～」. Auto-Mode was used to advance through the messages, in order to ensure that our trials were as close as possible to each other.

The Specifications of our test hardware is as follows: 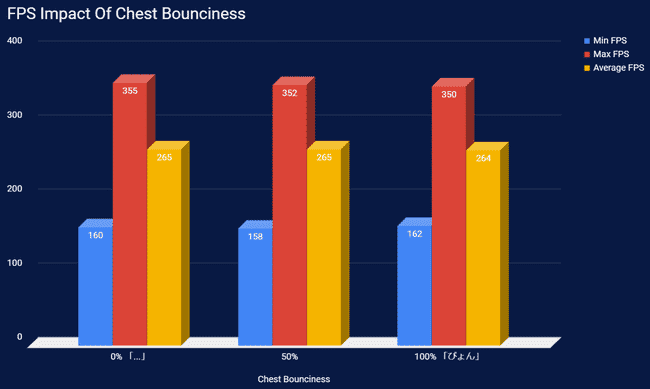 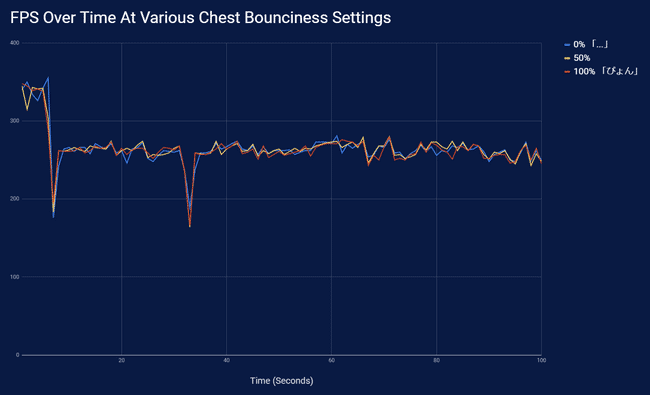 Great news! NEKOPARA Extra is an excellently optimized game! Cranking up the Chest Bounciness has almost no performance drawback, with only a barely measurable affect on the framerate.

For this reason, we recommend that most gamers play NEKOPARA Extra with Chest Bounciness set to 100%. Crafty gamers who aren’t afraid to get their hands dirty and maybe void a warrantee here or there may wish to look into the possibility of customizing nekopara.ini to increase the chest bouniness further.

Hats off to the developers over at NEKO WORKs!