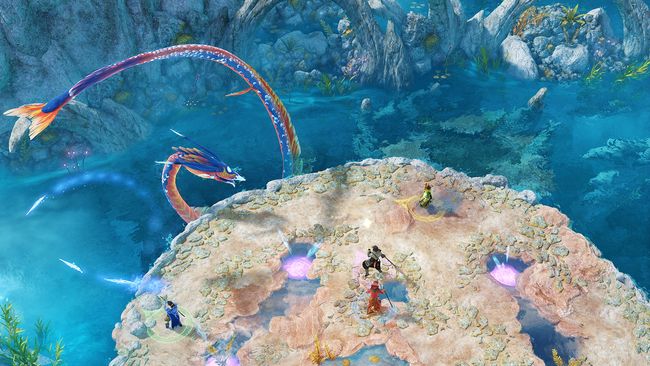 Nine Parchments is a co-operative blast’em up game of magic mayhem from Frozenbyte, creators of the Trine series!

Guide for those who need all characters now.

After running the game for the first time you can play only with two characters.  Others can be unlocked as you progress through the story.

Switching to a new ones (as in Magicka) is possible only if you start OVER again the whole campaign with a new character, or use “pain-in-the♥♥♥♥♥♥quot; trick with creating/joining multiplayer session.

IMHO, controversial decision of the developers. As for me, such games is a way to have a good time with friends or family, and replaying the same levels is not fun at all. In case of 4 people cooperative – you have a choice only of 2 characters, which is also not very cool.

I hope everything worked out for you.