Training guide for every character with guidance from Gunner62 and other high elo pre-alpha players.

Remember this is a general guide for META builds among the current top players on leaderboard or pre-alpha players. You do not need to mirror each build, but these trainings should give you an advantage over other build types. Feel free to mix it up! You may notice some enemy loadouts may not have certain strong points, and it may be best to build your own training page on the fly to capitalize on their weaknesses.

How to preset Trainings

Click your name or role type text to show your preferred striker/role/trainings.

From here you can:

It is best to make a goalie and forward training loadout, even if they end up using the same trainings. 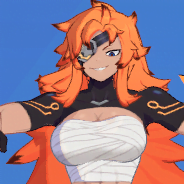 Asher is both an incredible goalie and forward, she is almost impossible to be scored on unless you shoot around her. Good use of her dash is critical in saving goals (Keep in mind you can strike to redirect your shield, and you can also strike during the dash!). Her ult can also be used not only to score but to kill people by knocking them over and over again, much like an era swarm.

If you do not feel like you can die in net, you can take stacks on stacks over crossover

Asher can also work incredibly well as a scoring forward, if she gets the ball near the enemy net it is almost impossible to defend with the dash + arc beam combo into the net due to her passive shield. Alternatively you can throw your ultimate at the enemy goalie and ruin his day.

Prime time is incredibly potent once you hit lvl 10, you can easily knock people out with arc beam into arc beam, and it is also incredible as scoring
Alt: Built Different, Prime Time, Crossover

If you are okay with having less speed as a forward, you can try running Creator of Durable Things to make the passive shield last much longer

Right now there is a bug with Asher where you can get infinite shield, you may be banned from the game for bug abuse if done.

Atlas is primarily played as a goalie. Keep in mind your ultimate is mainly used to resurrect allies, so try to cast it right before they die. Your expanse also has quite the cast time, so its best to cast it sooner rather than later

If you find that you need to resurrect more often, you can run this alternative rune page. This can be good against highly kill focused comps.

If you are playing against forward that will never be able to kill you, and you feel comfortable being slower early, you can run stacks on stacks for extra power in the mid-late game

Drek is generally played as a kill focused forward, there is only 1 generally accepted page. When you are learning Drek, focus on hitting the sweet spot of your shotgun to facilitate killing people. Focus on fighting for orbs to gain experience and hit your LVL 10 power spike with prime time.

Goalie is very very infrequently played, but if you want to have some fun with it you can run this

Dubu is generally played as a goalie. Keep in mind that slam actually STUNS the core, so people can’t actually hit the ball for about a half second after the slam hits so it is very good against people trying to stuff into the goal. Dubu trainings are currently very flexible, find the +1 training that works for you

Missile Propulsion gives you more kill power and longer abilities, allowing you to contest for more space outside your goal

Although Dubu is typically incredibly hard to kill in net, if you find you need a bit more survivability, taking stagger swagger over Creator of Large things will give you a slight bit of knockback resistance at 5 orbs. (good against X)

If you feel like you need the extra speed, you can take crossover

If you want to play Dubu Forward, you can take this rune page

Era is played as a supportive forward, generally paired with a brawler like X, Drek’ar, and Juliette. Era swarm is nice to be used for both securing orbs and for pressure on the enemy goalie to score. Shrink ray is generally used to shrink/slow enemies or buff your brawler. Keep in mind shrink ray can be used to score in a pinch.

This rune page is the generally accepted rune page, but I personally prefer the alt page for faster cooldowns over the super surge buff on the speed boost.

Estelle is generally played as a forward. Basically anything in the orange page is good, so estelle trainings are generally personal preference. If you take prime time, you should focus on hitting level 10 by contesting orbs. The ultimate is a great scoring tool.

This Page makes your teleport much faster, with much more range, and much more lethal. Get comfortable using it as a kill tool either raw or combined with your snipe. It is also great at scoring

Alt: You can honestly pick anything in Orange and Red trees and it will work. You can also consider super surge and crossover in green tree

Taking Stinger works very well if you want to focus on stacking damage for a brawler forward, with this build you should focus on the enemy forwards so your teammate can finish them off. (Ultimate stacks Stinger very well and is basically undodgeable, try to hit them both)

Estelle goalie can also work, but it takes precise use of Estelle’s snipe and teleport to keep the ball away from the net. Keep in mind you can strike very quickly after a teleport, so you can teleport on top of the ball and instantly strike to redirect the ball.

Juliette has very flexible trainings so pick what you feel most comfortable with. The main juliette combo is dash + punch while u are dashing so they get hit by both. This makes it very very easy to kill people near the edge of the map. You can also use the flurry after the dash punch to guarantee the kill, or use flurry into dash punch if you are confident that will kill.

If you are dealing with damage stacking forwards like X and Drek, taking well fed as the 3rd training can help with survivability

If you want to focus on speed and scoring, and there is not much kill pressure from the enemy team this page can work

Another alternative is if you like the base training page but feel slow, you can run crossover to make it easier to maintain ball control and score

Juno is generally played as a forward, with a focus on scoring / controlling the ball. Her slime throw can be surprisingly good at getting KOs against staggered targets though.

One thing to keep in mind is that if you press your strike, you can control where your slimes will hit the ball. Also keep in mind your jump makes you invulnerable, and you can strike during the jump. The ultimate also spawns a slime for each target in the ultimate, including the core.

If you prefer having your ultimate up faster rather than more movespeed, you can take this page

If you want to cover more angles with slime throw, you can run missile propulsion over rapid fire. This puts much more

Kai is generally played as a goalie, but he can work as a great scoring forward against the weaker ranged goalies.

Kai goalie has really flexible training pages, so find one that works for you!

Luna can be played as both a forward and a goalie. She is highly kill focused but she can also score incredibly well with well placed juggernauts (the dash). Keep in mind you can strike during the dash allowing you to redirect the ball. You can even do things like hitting the goalie with juggernaut while hitting the ball elsewhere into the goal

For Luna forward, eject button is not as necessary, many people like running stacks on stacks if they feel like they can’t die against the enemy forward.

X is mainly a kill focused forward. He is quite simple to play and recommended for newer players if you like his playstyle.

For X forward, legitimately any red trainings will work but this can be a basic one to get you started