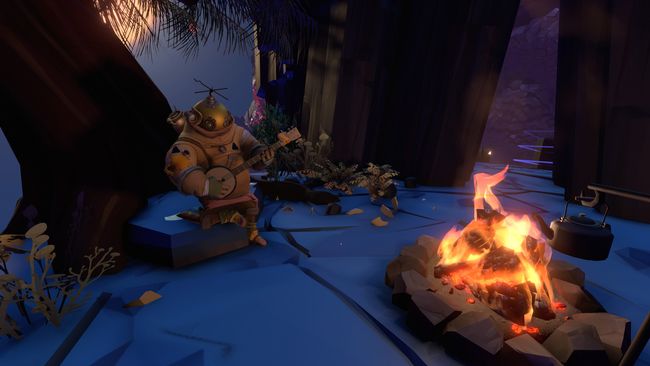 Do you want to unlock all achievements for no reason? Here I will tell you how to get them.

In the High Energy Lab, there is a ball that you can slide. Slide it to open a window in the first floor. Next to the window (right) you will find squares with black and white holes. Put one a black an another white in the holes in front of the window. Then, launch the probe to the black hole, and before its enters in, remove any of the squares you previously put there.

Hey, what’s this button do?

Just push the eject button in the right part of the controls.

Enter in the Sun Station without warping to it. Just with your spaceship. This is a difficult archievement to explain and obtain. So I’ll just put a video:

Finish the game in one loop.
Here’s a video of a speedrun guide:

It was worth a shot

Just after entering in your spaceship go as far as you can from the solar system, And wait until the loop ends.

There is a satellite orbiting the home planet. Sometimes when you are at the start of each loop you may see a white light in the sky moving very fast (Do not confuse with the orbital cannon). All you have to do is to crash against it.

Tip: In the small museum inside the tree you will see a screen that shows the photos of the satellite.

From the Hearth to the Moon

Make the testing spaceship crash with the moon.

Pro-tip: If you find this archievent difficult forget about unlocking “Mica’s Wrath”.

You have to enter in Giant’s Deep’s core without using cyclones. Go as fast as possible (4.000-6.000 m/s) and crash against the Giant’s Deep’s sea. You don’t need to pass throught the electric barrier, just the current.

You need to hear all the other explorer’s music at once. To unlock it you will need to go as far as possible from the solar system while facing it. With the scope activated until all of them converge in a point.

Pro-Tip: Do this with the sound activated to do the experience worth it.

It belongs in a museum

Bring the forge core (the one in the mothership or in the Ember Twin) or black/white hole cores to the museum. The scrolls and projection tables won’t work.

You will need to suffer and heal 1000 damage points and stay alive until the loop ends. My method is:

Shoot your ship from a gravity cannon. In Ember twin, there is one. Land your ship in the centre of it. Then search for an U-structure with a slideable ball inside. And move the ball to the top of the long arm. The ship will go to space and you will unlock an archievent at the cost ofthat loop’s ship.

At the start of the loop jump in the bonfire.
I don’t know why I included a video in this one.

Roast and eat 10 marshmallows. Just introduce the marshmallows in the fire, get them out, extinguish the fire and eat.

In the space, push the eject button and then deplete fuel and oxigen until you die.

Pro-Tip: This archievement seems to be bugged. So, is possible that you have to repeat this several times.

Just send the the model ship to the sun or the Hollow’s Lantern. You will know that it has arrived there when you lose control of the ship and you are unable to bring it back. I reccomend to send it to the sun, Hollow’s lantern is almost impossible.

Fill all the entries in the game. Here is a list with the number of entries to each location: