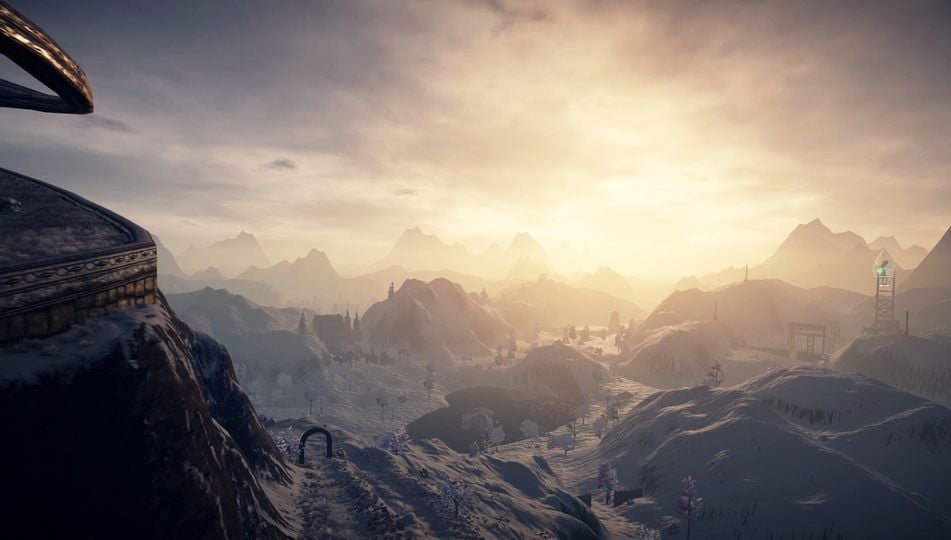 There are four factions in the game Outward. These four factions that hold control over the regions of Aurai. You can chose to join one of them (except the Soroboreans) to climb its ranks and experience their unique storylines.

Passive bonus of each faction:

Headquarters
The Blue Chamber Collective headquarters is located in the city of Berg in the Enmerkar Forest. The meetings take place in the Blue Chamber. Take the road to the southeast of Chersonese.

Note: You can also acquire the cellar key if you side with other factions. Just speak to Burca in Cierzo – instead of Rissa – after choosing another faction.

The Blue Chamber Collective has been the most stable power in Aurai for a great many years. The overwhelming majority of tribes on the continent claim membership, although the degree to which they participate varies wildly.

The core belief of the Blue Chamber Collective is that nothing matters more than family, and that all members of a tribe are an extension of one’s family. As such, everyone is expected to look after one another and pull their own weight as best they can. However, their laws are harsh. Citizens are judged as bloodlines, not as individuals.

Therefore, if someone commits a crime, their entire family must pay what is known as a Blood Price, a repayment of silver to the wronged party. The Blood Price is rarely demanded at once, but rather is paid off in smaller payments, especially in situations where the family has limited wealth or family members to draw from. Through this system, mob rule and and revenge are usually avoided, although not always.

For crimes that are unforgivably awful, or if an individual continually shows no desire to mend the wrongs they have committed, the guilty individual is exiled from their tribe forever.

The Collective prefers not to take lives, seeing it as a horrible waste, and will only mete out death as punishment in the most dire of emergencies, or in self-defense.

Lineage is traced from the mother’s side in the Collective.

Location
Monsoon (Hallowed Marsh). Take the east exit from Chersonese, then follow the Pilgrim Road aka the trail of Sun-Pillars “towards the ray of light that flies over Monsoon.”

The Holy Mission of Elatt is a religious power that promotes the importance of achieving your utmost potential in order to better protect and serve your loved ones.

The Holy Mission began as the Tribe Without Name in the town of Monsoon, under the guidance of a Philosopher and Mage named Elatt.

Then came the Scourge, whose beasts rampaged across Aurai, even attacking the very town of Monsoon.

However, not long later, burning javelins of light rained from the sky above the Hallowed Marsh and drove the beasts to flee. Elatt revealed that he had found a way to transcend his mortal flesh and become “Living Thought”. He imbued his followers with pieces of his essence and sent them to defend Aurai’s people from the Scourge.

Now, they play the role of peacekeepers and arbitrators, generally well respected across Aurai.

The Holy Mission of Elatt is bound by three guiding principles, known as the Three Pillars of The Endless Path.

1. No one should suffer. Help those in need, especially those weaker than you.

2. No one is safe. One must be disciplined if they are to survive the outside world.

3. No one is perfect. One must always strive to improve themselves, so that they can better protect themselves and others.

Those who join the Holy Mission join one of two branches.

The Heroic Kingdom of Levant is a new power that has split off from the Blue Chamber’s ways by promising to liberate the population from the harsh obligations of their current lives by creating a new utopia.

After the Scourge struck Aurai, the Abrassar region swiftly turned into an inhospitable desert and was overrun by the Beasts of the Scourge. Worst of all, it was beset by a truly enormous Scourge Beast, the Devourer, that forced the residents of Abrassar to flee for their lives.

Many years later, a mercenary couple, Simeon and Calixa, led an army into the Abrassar Desert and purged it of the Scourge, managing to do the impossible and slay the huge Beast.

The bounty they reaped for their deeds was enough to found a kingdom. So, under the advice of their dear friend Kirouac, and with the blessing of Elatt that’s exactly what they did. They repurposed one of the ancient fortresses of the Old Levant tribes into a great walled city and set about trying to bring about their vision of a utopia.

The Kingdom of Levant operates outside of the Blue Chamber’s authority, and does not recognize the usual tenets of Tribal Law, opting instead for a much more individualistic approach. Rather than focus on the survival of the group, Levant champions the ideals of progress and personal freedom, believing that if everyone gets the chance to chase their dreams, everyone will eventually benefit.

Levant has a standing army that answers to the Royal Family, but also employs many mercenary bands, relying on them to do most of the work to keep the region safe from the many dangerous animals and bandits that make Abrassar their home.

In recent times, the Heroic Kingdom has begun to suffer an overpopulation problem as people flock to the city, eager for a new start. A rugged slum has cropped up in the ruined district to the south of the city as a result.

The Soroboreans are a very powerful institution, they are the highest authority in academic knowledge throughout the land. They are also deeply involved in commerce, using information as a key resource in their expansion.