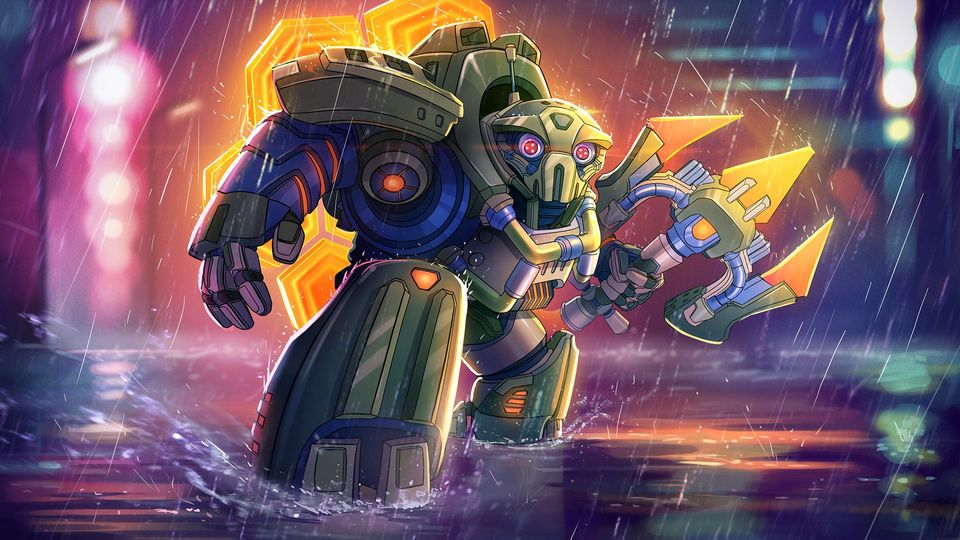 Home » Guides » Paladins: 5 Tips to Support Like a Diamond Player

Here are five fairly easy ways you can step up your support game. Brought to you by a diamond tier player who shares their best tips with you.

A dead support is a useless support.

Depending on the size of the map, it takes you around 15 seconds to respawn and to get back to your team.

Do you know how many hitpoints a Seris can heal in 15 seconds? Up 10,000 HP on one target or even more with the Mortal Reach Legendary, and even more if there are multiple injured allies nearby.

So you can say that every time you die, you potentially deny somewhere between 3,000-30,000 points of healing to your team.

As a support, here is a list of things that are not your priority:

Your main priority as a support is to stay alive
How do you achieve that? Here are a some tips:

1. Always track the position of the enemy flanker(s). All maps have a pretty straightforward design, so you can always have an idea where the flank will come from. Moreover, pay attention to the top right bar – is the icon of the enemy flanker grayed out? It means they are dead and you cannot worry about them for a second. If they just respawned, try to anticipate where they will go – use your common sense and game knowledge to anticipate the direction the flank will come from and position yourself accordingly.

2. Stick to the teammate who can protect you the best.

3. Don’t YOLO rush to the point, unless it’s a 3/3 overtime and your team is screwed anyway.

5. Don’t try to save those stupid teammates who always rush alone and insta die.

6. Try to define what the safest zone is (sometimes it is NOT the backline) and stay there.

7. Always keep your escape ability ready – don’t waste it when you don’t have to and use it when you have to.

8. If you have to die in order to heal someone once, don’t heal them.

10. There is no such thing as “too much self-heal” (I’m talking about your loadout, not about shop items)

I’ve seen many good supports with different play styles and strategies, however there is one trait they all share, which is the ability to stay alive. If you see a Seris/Jenos/etc with a 20+ kill streak, you can be sure that they will get top support in the end game screen. Why? Because they have survived long enough to accumulate those 20+ eliminations.

Now, if as a support you die more than 10 times in a match, it means that you have to really work on your survival skills. Remember – every time you die, you deny somewhere between 3,000-30,000 points of healing to your team. Learn to stay alive.

Most supports have many ways to assist their team with healing being just one of them.

For example, Furia, Seris and Mal’Damba can stun their opponents, while Jenos and Grover can immobilize them.

Grohk can use his totem to grant CC immunity to the team – if timed right, it can counter a wide array of enemy ultimates and abilities.

As a good support, you gotta keep a close eye on your teammates and use your abilities to assist the team.

Usually, only bad supports use the excuse “I was healing you but you still died”. Healing is good but it is not enough. I invite you to really start thinking about how to use all of your abilities to really support your team.

While she does not have any way to stun or cripple the opponent, she can still use her illusions to support her team.

One well-placed Ying illusion can successfully block some enemy abilities such as Ash’s Shoulder Bash and even certain ults (Drogoz’, Bomb King’s, Lian’s, etc). While you will not be rewarded with points for making the enemy Drogoz waste his ult on your illusion, your perfectly timed illusion might be the key to your team victory. (it’s overtime, the Drogoz fails to instakill your tank, your team kills the Drogoz and captures the point, you win, gg)

Most support champions have amazing ultimates. Knowing how to use your ultimate is one of the key proficiencies you have to have as a support.

This is also the reason why you often see good supports going for Morale Boost 3 early on.
Here are some tips on how to use your ultimates:

2. If playing Mal’damba or Jenos, save your ultimate for when it’s overtime and your team needs that extra push to capture, defend or score.

3. If you are Seris, try to combine your ultimate with someone else’s. Your main candidates are: Inara, Bomb King, Skye, Dredge, Lian, Lex, Ruckus, Viktor and Androxus. Pip and Grohk could work too, though not as efficient. Drogoz’ Salvo and Fire Spit, Willo’s Seedling and Dead Zone (with Nightshade), Bomb King’s Grumpy bomb and Tyra’s Fire Bomb can too be devastating when paired with Seris’ ultimate – just try to agree with your team beforehand so they can react in time.

Sounds silly but even in Diamond matches some supports seem to forget about Cauterize.

First of all, make sure to press Tab often to check what items the enemy team are buying. Pay close attention to Cauterize and try to remember which enemy champions have Caut and which don’t.

Now, Cauterize 3 almost completely nullifies the effects of your healing. The good thing is – the debuff expires after 1.5 seconds.
If your injured ally is somewhat good, they will try to take cover for a second for Cauterize to expire. That’s when you have to heal them. If you have wasted your ability on your ally while they were under Cauterize, the moment they take cover your healing ability might still be on cooldown, which means you won’t be able to heal them.

If you are healing a front line such as Fernando, Makoa, Khan or Terminus, you usually want to wait until they either get into cover or deploy their shield/siphon. Again, don’t forget to wait 1.5 seconds after they deploy their defense for Cauterize to expire. Pay attention to the color of their health bar.

Even as a Jenos, you have to time your Astral Marks correctly so your target gets those 5% extra health back.

Last but not least, don’t waste your healing on those teammates who refuse to leave Willo’s Dead Zone. Dead Zone completely nullifies healing effects. The debuff lasts for an additional 1 second after your ally left the dead zone, which means that again, you really want to pay attention to the color of their health bar.

Your time is too precious to be wasted on replying to toxic messages. If someone thinks you have to uninstall the game or spams “need healing!”, do the following:

1. Press Tab
2. Press this button that sits next to their name

3. Some freaks might also send you toxic DMs (direct messages) after the match. If they do that, just type the following in the chat window:

What if those toxic players are right and you really should step up your support game?

Here’s my take on this: anything they say is just their opinion. And opinions are usually wrong. If you really want to improve (which is something I admire and welcome),

Let the game give you the feedback

If not, pay attention to players who do better than you and try to learn everything from them – steal their loadouts, legendaries and items, try to copy their positioning, strategies and so on.

If you practice long enough, put thought into the game and learn from players who perform better than you, you will eventually become a great player too.

Oh and by the way, I’ve noticed that usually, toxic players do not say anything useful in chat anyway. So by muting them you don’t really lose anything. And if they threaten to report you, well good luck to them. Even if you have a reallly messed up loadout and your performance is bad, that’s not a bannable offense. As long as you keep playing and are trying your best, you are not doing anything against the rules.

I know a lot of people who try their best to heal as often as they can but they still struggle to be good supports.

If you are in the same situation and you wonder what are you doing wrong as a support, this guide might help you. While the tips I listed here might not be as quick and dirty as you hoped, they will definitely improve your performance as a support if you take the time to learn and apply them.

In this guide, I haven’t mentioned the most obvious things like “get the right loadout and legendary”, “heal as often as you can” and so on. After all, this guide is about the more advanced stuff.