Wield guns and magic as a legendary Champion of the Realm, customizing your core set of abilities to play exactly how you want to play.

Players can enter System Commands into the chat console to execute certain actions. The chat console can be brought up in-game by pressing Enter (or players can simply start typing with the slash character) or, while on the main lobby, on the Chat’s System tab. 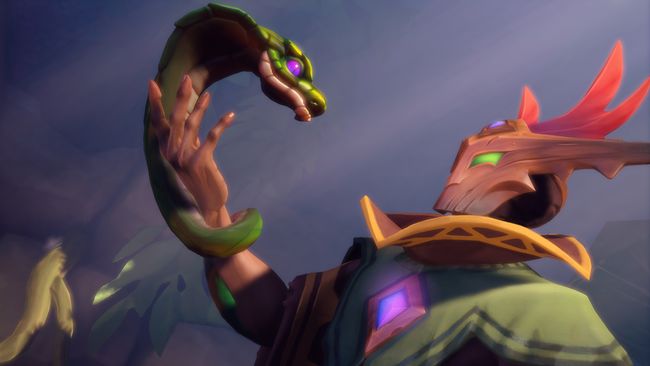 The commands for normal play are:

The following commands are oriented for developer use and testing, but are still available in the public client.

All chat commands can be entered into any chat window. This can be system chat or a direct message with a player in your friends list. The in-game chat can be brought up by pressing the Enter​ key whilst in-game, and whilst it is hidden from view it is active and can be used to enter certain commands to be confirmed again with the enter key.

/dnd
This command puts the Paladins client in Do Not Disturb mode.

/spectate​ ​<Playername>
This command queues spectator mode for the specified player’s next game, or starts spectator mode if the player is currently in a game with spectating enabled.

If the game in progress has not been spectated from the start of the game, spectators will be pulled in at the in-game time at which they started spectating. For this reason, pre-queueing spectator mode is always​ recommended.

/replay​ ​<Instance​ ​ID>
E.g. /replay​ ​00000001
This command starts spectator mode from the replay file of the corresponding instance (match) ID. This will only occur for custom games if they have been previously spectated live.

If a spectator password has been used it must also be entered as above.
Replaying games from a different patch to the live patch is impossible and the rollbacksystem must be used.

/demoplay​ ​<filename>
E.g. /demoplay​ ​TeamAvsTeamB
This command is used to start spectator mode from a local demo file located in the correct directory. Further instructions on demo playback are found​ ​below​.
If a spectator password has been used it must also be entered as above.

/stat​ ​fps
This is used to toggle the in-game FPS counter since the F9 key has no effect in spectator mode.

/exit
This command is used to close the Paladins client.

It’s end. I hope “Paladins Chat Commands List” helps you. Feel free to contribute the topic. If you have also comments or suggestions, comment us.