During the journey through the Stolen Lands, an old man will stop you. Talk to him to find out that you rival Tartuccio is looking for some ancient power, which should help him win.

After that, the location Ancient Tomb will appear on the map. It is located to the bottom of Oleg’s Trading Post. Head there, search the cave and pick up whatever you want. 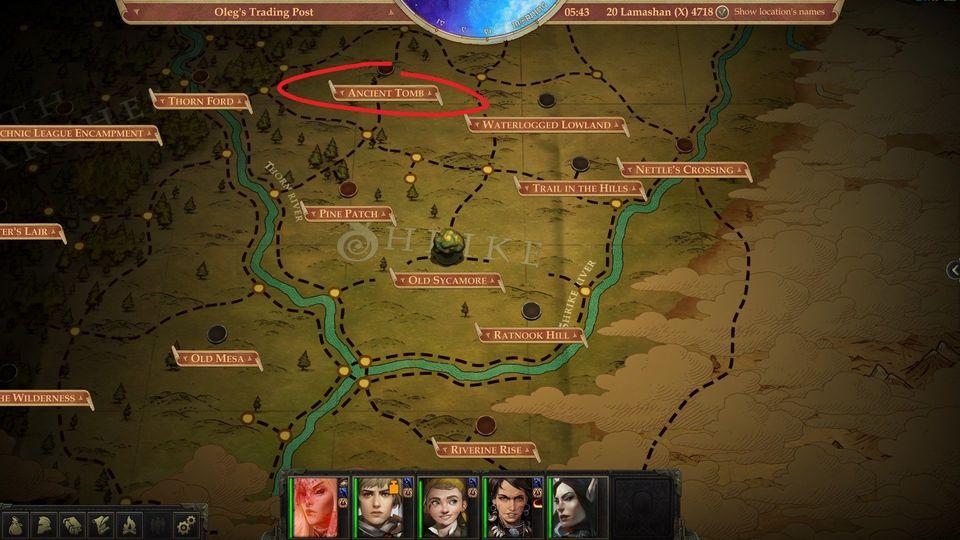 Before going out, make sure to save, because there some serious skill tests await you ahead. Those can be failed. Using the knowledge of nature, find a trace and follow the creature down into the ravine. If you go around, you will stumble upon the kobolds, fight them and lose the trail of Tartuccio. But you will certainly learn where he went next anyway.

Go the Old Sycamore, located to the right of the Ancient Tomb. Walk up and decide how to act in the conflict between kobolds and mites.

By the way, when you are going to this location, Kesten, the servant of the Sworldlord, appears. He informs you that the investigation is completed and Tartuccio is the traitor. If you take one of the sides, those will be your allies. If you decided to go against both of them, then you will have to fight with kobolds and mites.

Go up and to the right, there will be an entrance to the cave under the Old Sycamore. In the upper right corner of this cave, there are huge gates. To open them, you will need a kobold’s relic. You can borrow it from Chief Sootscale (see the screenshots below).

Now go back and lift those gates. Defeat the kobolds and Tartuccio. On the way to him, you can find the queen of the mites and the leader of the kobolds and decide whether they will live or die. 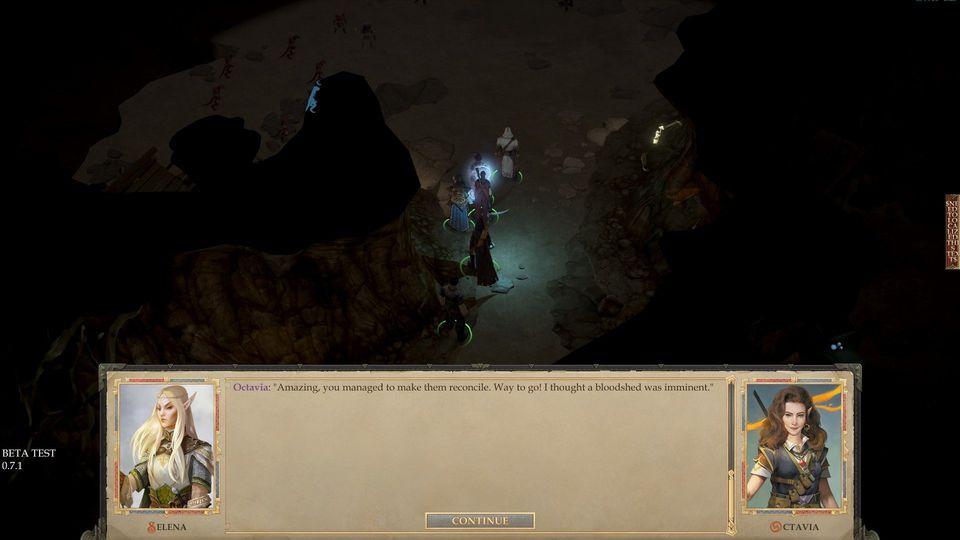 After dealing with Tartuccio, leave the location. The cutscene will begin, and you will see how somebody unknown to you revived you worst opponent.

At the exit from the cave, you will meet two companions (if you didn’t persuade one of them earlier in the tomb) who refused to follow you and went with Tartuccio. Now you can take them with you. Those are Jaethal and Harrim. Return to Oleg’s Trading Post and complete your objective by talking to Kesten inside the store. You will receive 1000 gold coins for completing this quest.