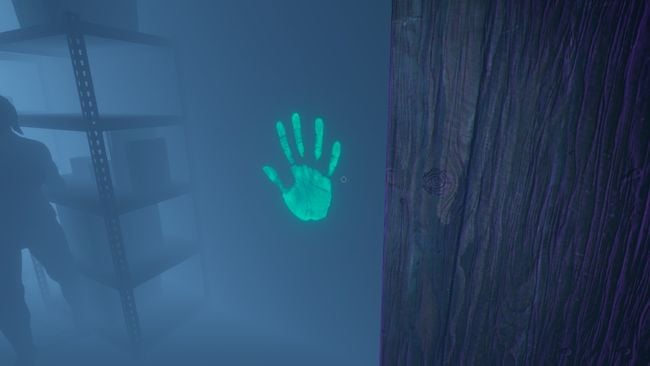 Unlocking the strange and mysterious secrets of every ghost hunter’s favorite weapon: the crucifix.

“What does a crucifix actually do?”

The crucifix has one purpose, and one purpose only: to prevent the ghost from spawning to hunt.

They don’t stop hunts, they don’t protect you during a hunt, and they definitely won’t keep you from dying (especially if you’re holding it).

“Does the crucifix work if I hold it?”

Short answer? Yes and No.

But the truth is, is that it does happen occasionally if the conditions are just right- however, it is not consistent as of writing, and I’m still unable to confirm with anyone official if the fact you’re able to use a crucifix while holding it is a bug or not.

Either way, it’s not really an efficient way to stop a hunt compared to just plopping it on the ground while you look for other pieces of evidence. Would you rather sit in a corner holding a crucifix in the dark while cursing out an Oni or leave it there while you go back to the van to “watch for ghost orbs”?

All-in-all, you do you, but there are better ways to use a crucifix.

“I put a crucifix down and I still got hunted. WTF broken?!”

The crucifix only works within a 3M radius of ghost spawn point, so depending on the room(s) the activity is in, multiple crucifixes spread out increases your chances of preventing a hunt from occurring. If the room is small and you only have one crucifix, your best bet is to put one smack in the middle or directly outside of the entrance, as from personal experience that’s where it most frequently spawns. But if you have two, feel free to spread the both of them out in/near the ghost room for maximum coverage.

If a hunt occurs even after you keep the above in mind, just try to mess with crucifix placement and see what works. Sometimes it can be a trial-and-error process before you finally prevent a hunt, so it’s good to have someone in the truck so they can see when activity briefly spikes to 10/the objective gets crossed off. Be mindful that some ghosts will produce activity outside of their ‘ghost room’, so you may be putting a crucifix in the wrong spot.

However if you’re dealing with a Banshee, the range of your crucifix increases from 3 to 5 so it makes life a little easier if you have objectives to still do.

“Why did my crucifix disappear?”

A crucifix has a lifespan of 2 ‘uses’ before it despawns; that’s why its good to stay on top of your sanity to lower the chances of the ghost getting aggro’d enough to initiate a hunt and eat up a use. Make sure to peek into the room periodically where you put the crucifix in to make sure they’re there.

This is because the game currently doesn’t give you any sort of notification when your crucifix disappears, so you need to check manually.

“I threw my crucifix at the ghost while it was chasing me and it disappeared!”

Sometimes the ghost will fully manifest and even walk towards you, but if the lights aren’t flickering, then it’s not a hunt. While it may have looked like your crucifix ‘saved’ you, in reality it didn’t actually do anything.

Best thing to do in that situation is take a picture and back away to avoid your sanity from draining too much.

“When should I put down a crucifix?”

As soon as you find and confirm the ghost room, regardless of difficulty. Less worrying about hiding, and more focus on finding evidence so you can GTFO.

Got sick and tired of you meatheads complaining on the discussion boards and not using Google, so here’s a quick 101 so you better understand how these dumb metal crosses work.