Disappointed with the game’s base FOV of 70? Not a fan of post-processed anti-aliasing? Own a NASA Supercomputer/1966 Apollo Guidance Computer and think/don’t think this silly hero shooter stresses your computer enough? These three hidden settings could change your life!

So where are these settings?

Well, they aren’t in the game itself, but rather, the configuration files. On Windows, these can be found at C:Users(your name)DocumentsPlants vs Zombies GW2settings. The file containing these settings is “PROF_SAVE_profile”. Don’t stress out over the lack of a file name extension. You can open it with a text editor like Notepad++ and it’ll work well enough. 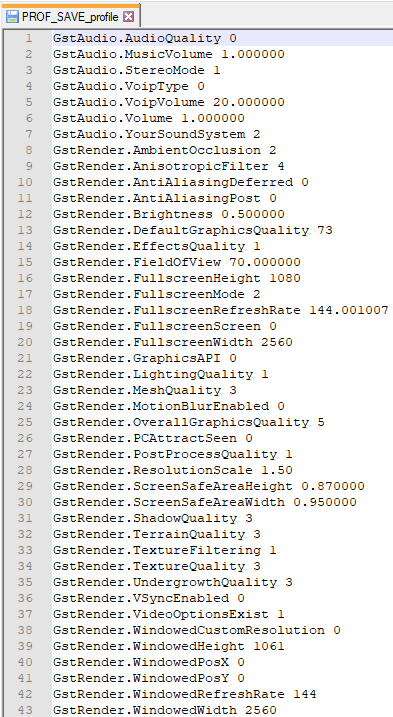 Easily enough, this setting can be found at, “GstRender.FieldOfView”. The default is 70.

Can be found at “GstRender.AntiAliasingDeferred”. Even though I’m not exactly an expert on anti-aliasing tech, I feel the anti-aliasing options provided in the game menu seemingly blur the screen more and more, making it look uglier. While I, personally, as someone who isn’t a PC port nerd, can’t see a difference between turning this setting off and on, if you’re very particular about this sort of thing it may be just what you need. Setting goes from 0 to 2. 0 = Disabled, 1 = 2xAA, 2 = 4xAA.

Probably the most drastic setting of all, the internal resolution option can either put your PC on it’s knees or give it that breath of fresh air it needs. This setting can’t actually be found in the file by default– instead, you have to paste in “GstRender.ResolutionScale 1.00”. You can paste it where ever you want, but after saving and booting up the game it’ll be moved below “GstRender.PostProcessQuality”. I don’t know the maximum value to this option, and I probably won’t ever know without it exploding my graphics card.

While just three settings may not seem like much, excluding options as useful as an FOV or internal resolution slider is pretty big, and something I’d imagine a lot of players would be looking for. I hope this guide helped you if you were one of those players!