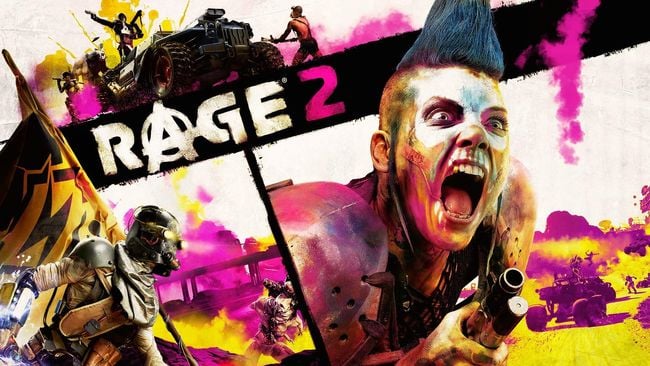 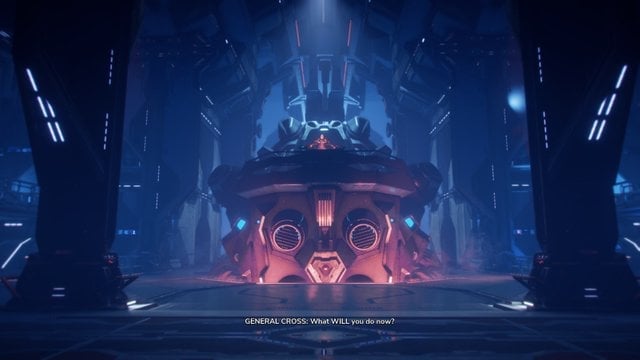 Final boss time! This titan may be colossal, but he is also a bit of a pushover. The most important thing to remember in this fight is to never stand still. He will slam his hands on the ground and create shockwaves, unleash barrages of missiles, and sometimes fire a powerful laser. Simply strafing around will avoid a lot of these attacks, and you can always fall back on your Dash if you find yourself in a dangerous situation. 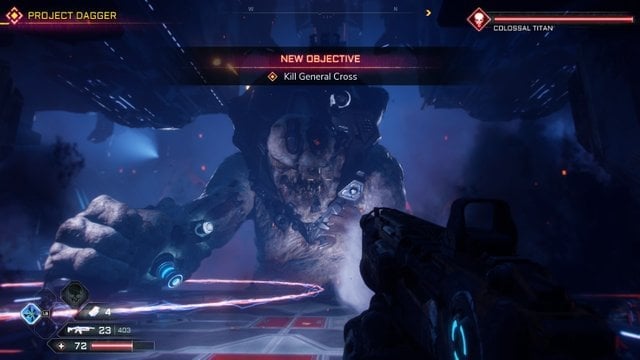 To defeat the titan you need to shoot the power rods on his body, similar to the ones we saw on the Cyber Crusher. In the first phase the rods are on his wrists, and become exposed whenever he slams his fist down. Wait for the fist slam, shoot the rods, rinse and repeat until all four are destroyed.

With the first set of rods destroyed the Titan will back off and some mutants will be delivered to the arena via elevators on the left and right sides. Equip your shotgun and choose a side. Just before the elevator reaches the ground cook a grenade and toss it into the group as they are unleashed onto the boss arena. This should deal with a number of them, then you can pick off the rest at your leisure. Once all the minor mutants are defeated more will fly up into the arena from the ravine below. You will notice two pillars have appeared in the arena, so feel free to use these as cover while you pick off this last group of mutants. 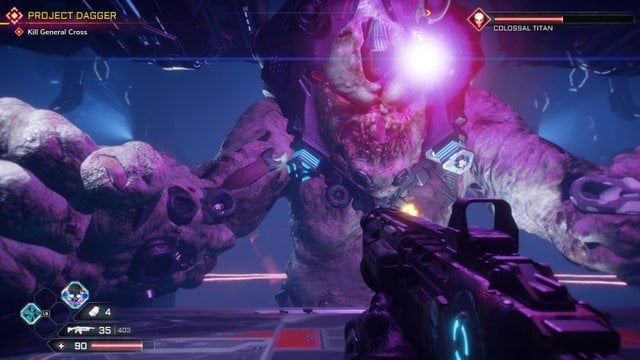 With the adds defeated the Titan will approach you again. This time his weak points are located on his collar, so once again wait for him to slam down his fists then start shooting. Oh, and don’t stop moving! This time there are only two rods to destroy, and once both are broken he will recede into the background again. 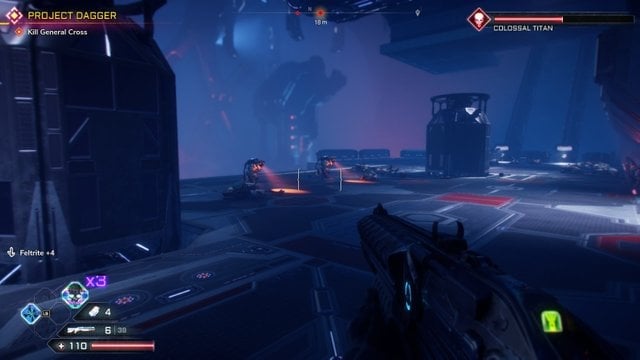 This time the mutants will drop into the corners of the boss arena. Once again you can cook a grenade to get the drop on them, but running in with a combo of shotgun blasts and melee attacks works as well. Take out the groups on both sides and more will spawn in their place. Defeat these two groups as well and even more enemies will spawn, this time two of the armored Authority soldiers. Like I said before assault rifle seems to work especially well on these enemies, and if you have Overdrive now is a great time to use it to secure a win over the dangerous duo. 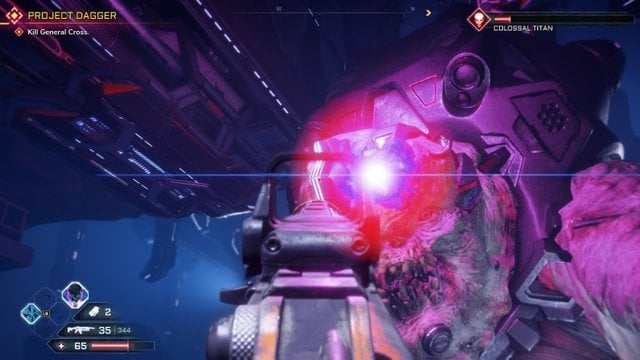 Defeat the armored soldiers and the titan will slide back in for the final phase. But worry not, its a quick and easy one. Use the same strategy as before (strafe, dodge, wait out the hand slam) and keep an eye on his weak spot, which is located on his forehead this time. It doesn’t take more than 1-2 openings to fully deplete the last of the titan’s health bar and bring him (and Cross) down. 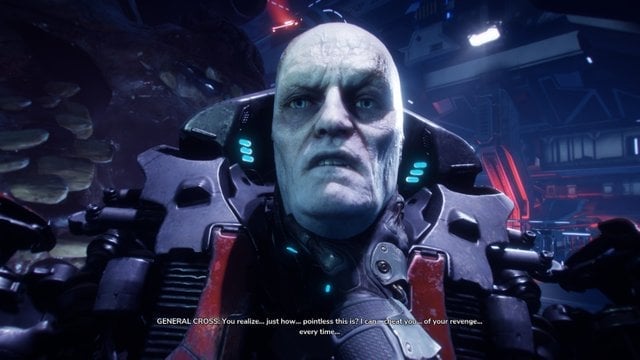 With the titan defeated you have officially beaten the game. Congratulations! Enjoy the final cutscene and the end credits. Once they conclude you will be unleashed upon the Wasteland once again, free to complete any content you missed during the main campaign.