Red Dead Redemption 2 – A Fine Night for It Walkthrough

Unlocked: Complete one of the following chance encounters: “Touch Procession”, “Stalking Shadows”, “Spooked Horse”, or “Voice”. After completing one of the chance encounters above, head late at night between 10pm to 5am to this stranger in the Bayou, northwest of Lagras. Listen to his story and agree to help him.

Follow him to his property and clear out the Night Folk. Shotguns work exceptionally well here. Be careful with the machete wielders as they can kill you with a single hit.

A Fine Night for It

A Fine Night for It is one of the side missions available in Red Dead Redemption 2. The main character can help old Cajun deal with the Night Folk. This page contains information on where to start this mission, where to find Cajun and how to help him. 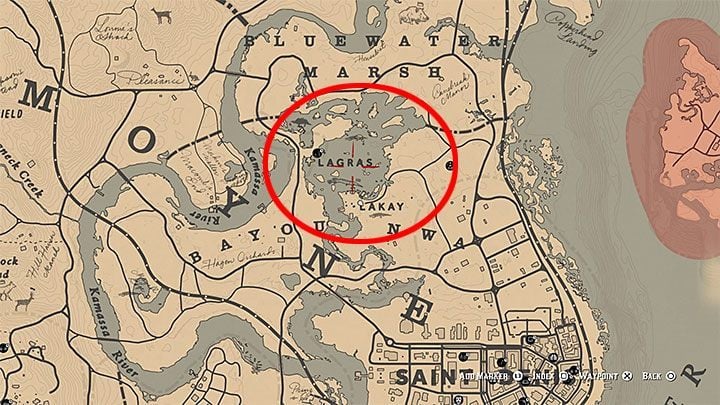 This quest isn’t easy to unlock – it doesn’t appear automatically on the world map. First, the main hero must come across the Night Folk during one of the random encounters.

Visit the part of Lagras (swamps north of Saint Denis) marked on the map – do it during the night. One of the encounters with the Night Folk may involve, i.e. weird sounds, encountering people throwing corpses into the swamps or finding a dead horse. 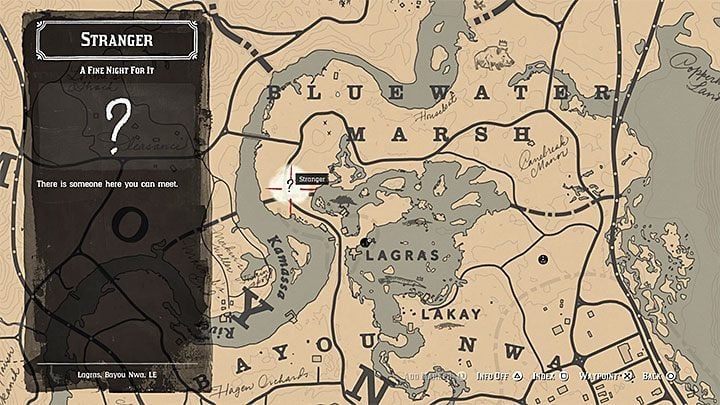 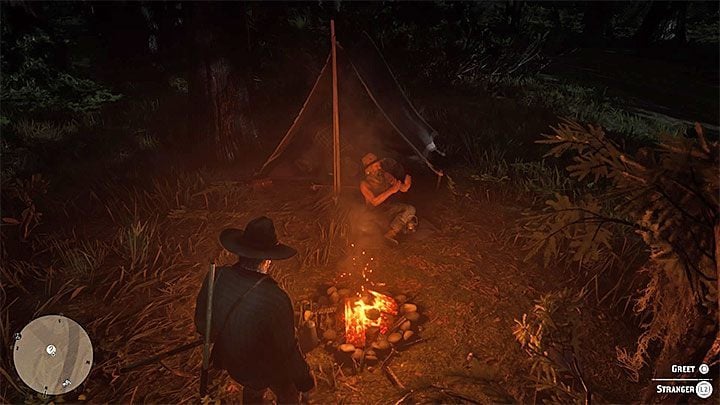 Look for the quest marker in Bluewater Marsh, north-west of Lagras – see the picture above. You need to have at least one encounter with the Night Folk to get this quest marker to appear on the map. The quest marker will appear only during the night. Speak with Cajun. 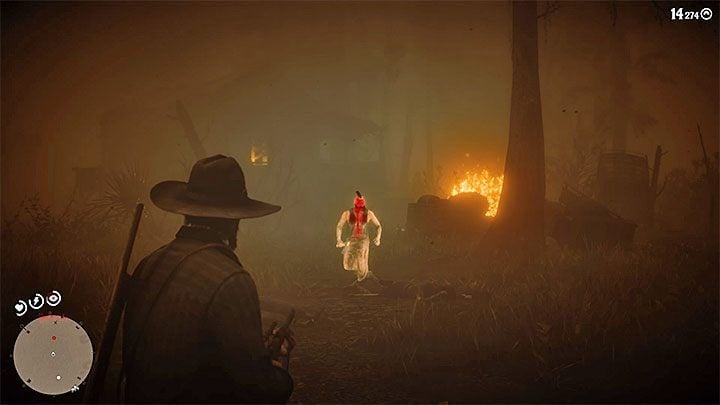 Cajun asks you to help him deal with the Night Folk – these people are near his cabin on the swamps. Follow him to the destination marker.

Take out your weapon and start attacking the Night Folk. The majority of them uses melee weapons – try to kill them before they get close enough to you. Some of them may use bows – these enemies should die first. 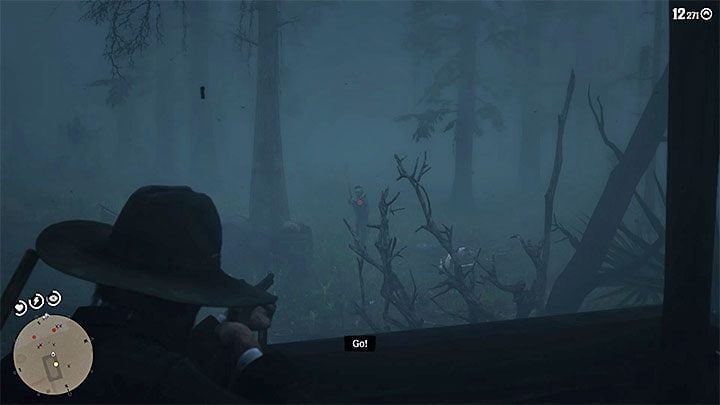 Enter the cabin. Cajun tells you that more Night Folk are coming. Go outside and deal with them. Keep them at a safe distance, and focus on killing those using bows.

The man is thankful for your help – he gives you a gold tooth (you can sell it to one of the fencers) and a Perfect Muskrat Pelt. Loot the corpses of the Night Folk. You can find various loot, i.e. a machete.