The following chapter of the Red Dead Redemption 2 guide contains the walkthrough of A New Future Imagined mission. John and Abigail go to Blackwater to spend some time together. John has an important question for Abigail… 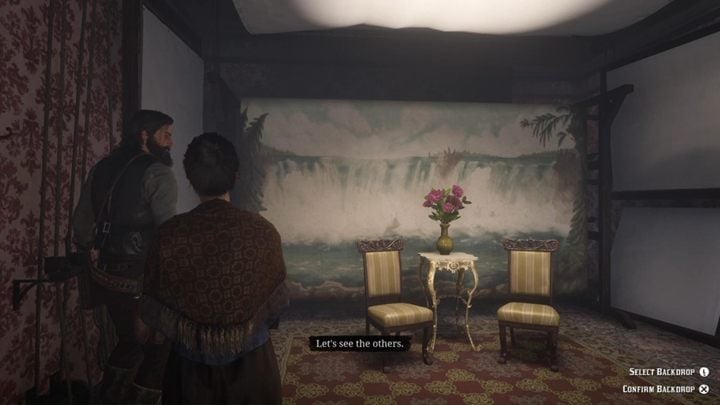 How to get a gold medal in A New Future Imagined? 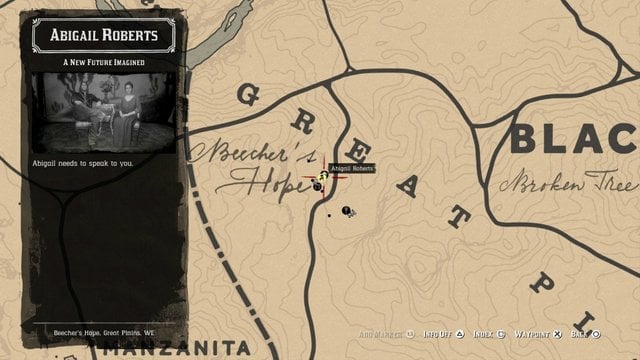 Start this mission by entering your house. Abigail and Uncle are going at it, fighting. She asks John why he lets Uncle stay, and he tells her he’s been useful… in his own, useless way. 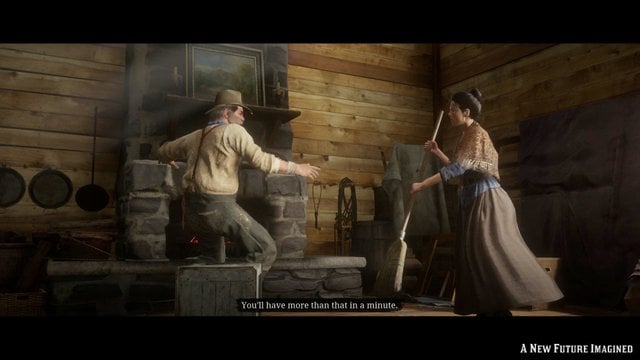 A wagon pulls up to the house shortly after they leave the house. It’s Mr. Geddes’ boys from Pronghorn Ranch. They’ve brought some furniture they aren’t using, to give to them as a housewarming present. John says they have a friend of them for life.

After unloading the furniture, John and Abigail leave to Blackwater – he says they need a few more things. Besides some necessities, Follow the yellow highlighted road. 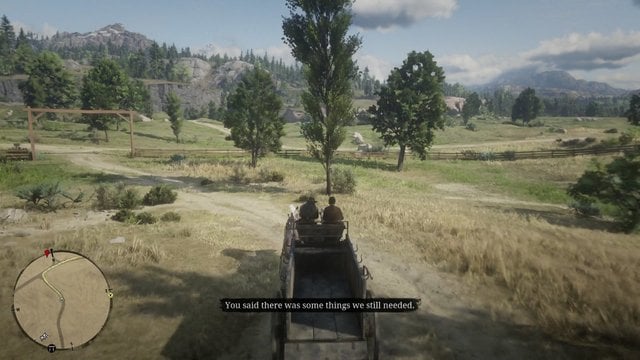 When you get to the marker, a cutscene will play of you automatically parking the wagon. Abigail will run an errand, and then you’ll walk with her to the place to take a photograph. 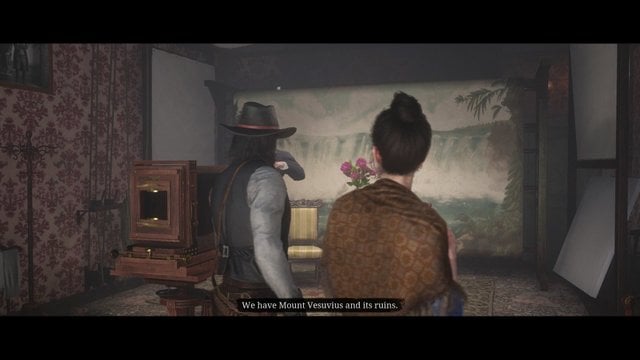 Choose a setting – we chose the prairie, the second to last one. Abigail gets a kick out of the picture you take.

Next, she says she’s never seen a moving-picture show, and would love to see one. It’s right across the street. 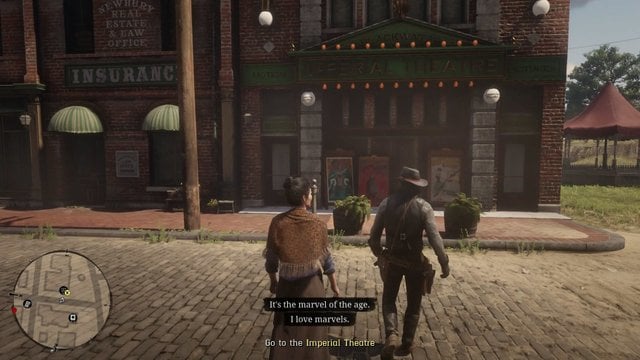 Head that way and go inside to start a movie – Sketching for Sweetheart. Watch the movie. Put your arm around Abigail when prompted if you like. John makes snarky remarks, and Abigail talks a bit too, during the movie. 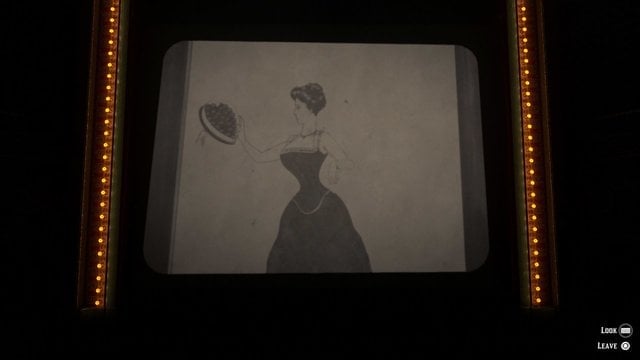 Now take Abigail down to the lake. Just walk in the right direction and a cutscene will play. The two of them will get in a row boat as the sun starts to set. Row out to the yellow part marked on the lake.

Press L2 and square to get down on one knee and propose to Abigail. 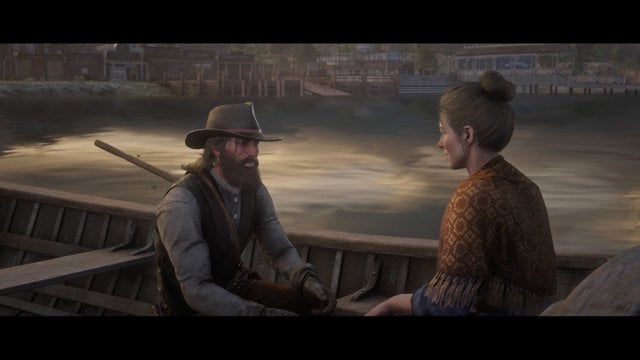