A Really Big Bastard is the name of the next mission from the Red Dead Redemption 2 epilogue. Sadie visits John in Beecher’s Hope, from where they travel to Tall Trees in search of a bandit. 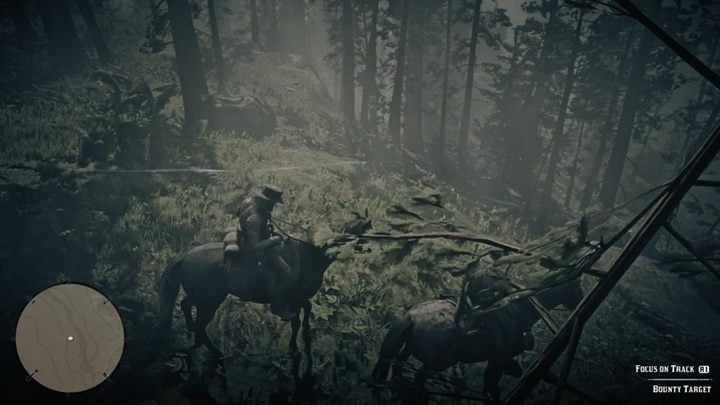 How to acquire a gold medal in A Really Big Bastard? 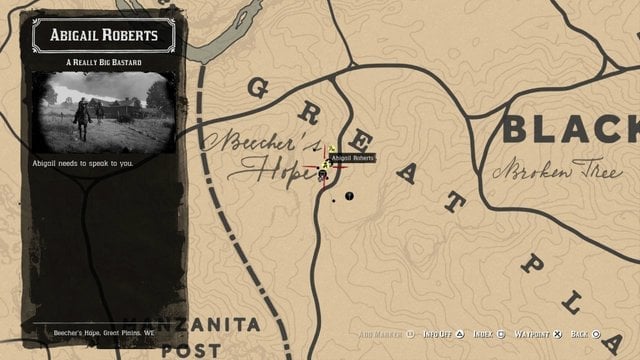 Head inside your house and talk to Abigail to start this mission. She’s happy, for the most part. Sadie Adler joins you shortly after. She asks John to join her for some more bounty work. Abigail, of course, objects, but she relents and allows John to leave with Abigail to collect a “soft one.” But absolutely not Micah. 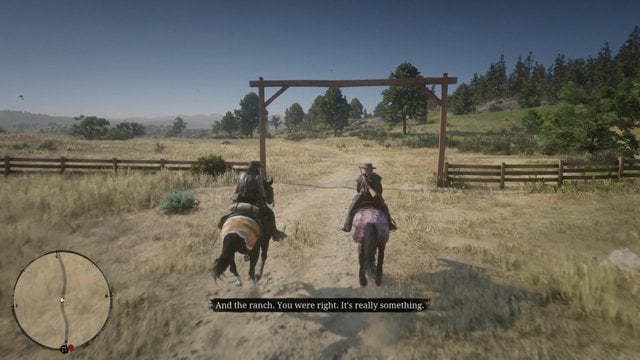 On the way to the target, John tells Sadie he wants to marry Abigail, officially. Soon you’ll find a camp that appears to be ripped apart in the woods.

Sadie will investigate the camp, and figure out which way they went. Loot the camp if you wish, get back on your horse, and follow Sadie. 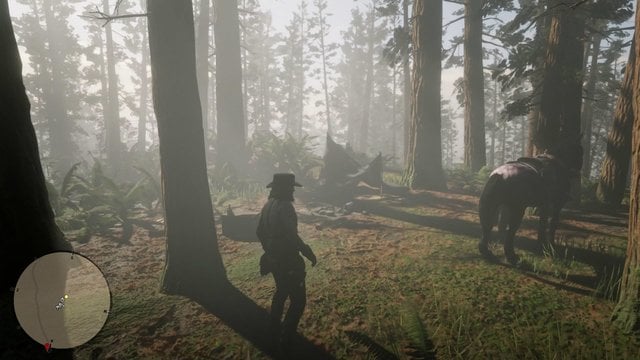 Just a few moments pass before she loses the trail. Use Eagle Eye to to pick up on it, then follow it east to a small cabin in the woods.

There’s a dead man on the ground, ripped to hell. 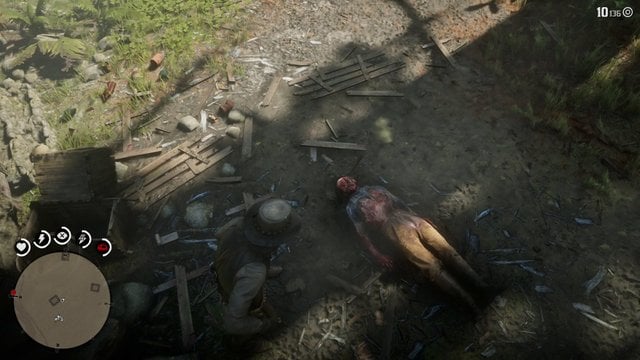 A cutscene will play of Sadie realizing the dead man isn’t their target, at least, and of the target revealing himself inside the cabin.

He’s terrified of nearby monster of a bear, and that beast shows his face just moments later. 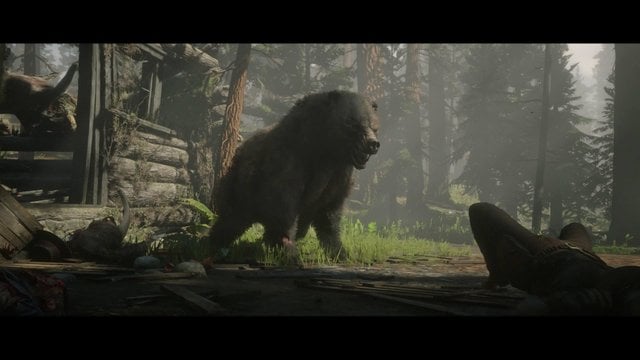 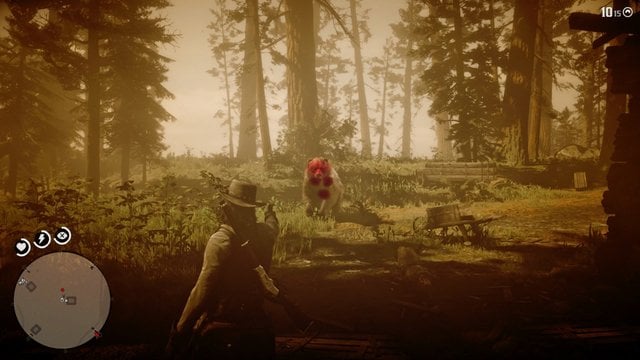 After the bear knocks you to the ground, spam circle/a to fight it off. Then, John will pull out his other handgun, giving you the opportunity to shoot with R2 if you wish. Eventually, Sadie gains her bearings and fends him off.

The target, an obvious coward, is knocked out by Sadie. John puts him on her horse, and the ride away together. 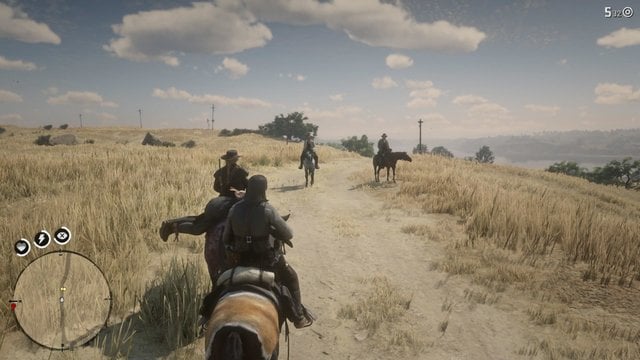 Further down the road, two men block your path. They say they want to split the bounty with the two of you… obviously trying to strongarm you into sharing what isn’t there’s. 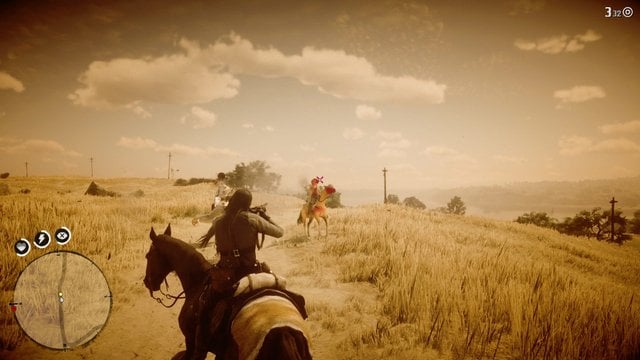 We chose to go into Dead Eye and kill both of them quickly before they had the opportunity to catch us by surprise. After resolving the issue, keep following Sadie down the road. 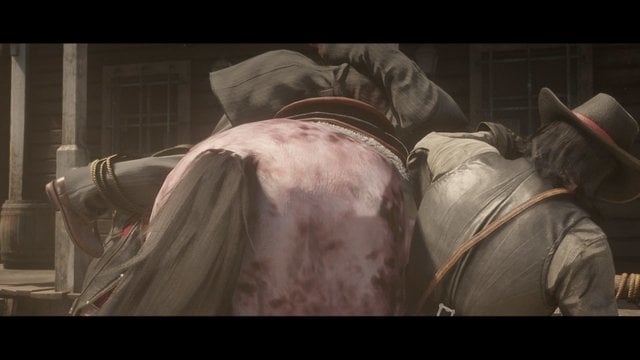 She’ll tell John about Micah, and he asks to learn more when she gets the information. After arriving in Blackwater, you’ll head straight to the jailhouse and help Sadie unload him from the horse. She sends you on your way to your wife.