American Distillation is another mission in the third chapter of Red Dead Redemption 2. Under the influence of coincidence, Dutch’s charisma and luck, you are appointed official helpers of the Sheriff. 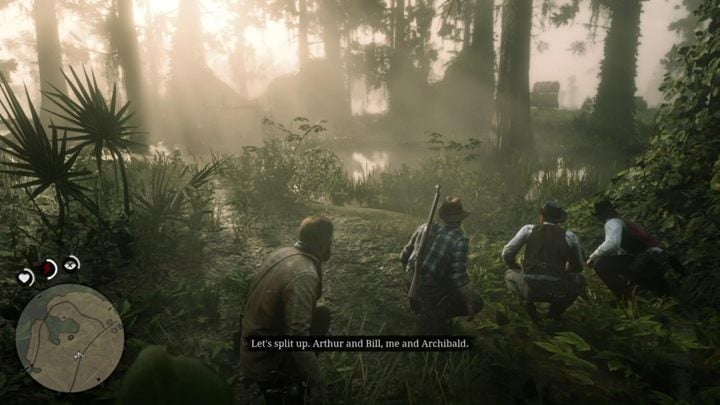 How to get gold medal in American Distillation? 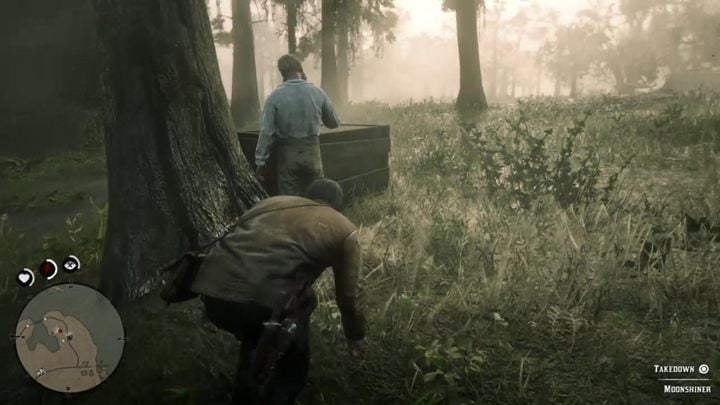 Head to the sheriff’s office in Rhodes to start the mission, then get on the wagon outside. Head over to the designated crime scene. Follow Archibald before you climb back on the wagon.

You’ll now be heading to the swamp. Follow Archibald once again. Here, you need to knock out the moonshiners without being spotted. Use stealth and choose one of the two paths. The right path will have two guards talking.

Once they split up, take out the one near the tree, and then head over to the second one to take him out. Hogtie him and carry him to the wagon.

Equip your dynamite and plant a stick in the marked area. Ignite it, then retreat and watch it blow up. Head over to Bill’s position and help him take out the Lemoyne Raiders. This is a large shootout, so be patient and stay protected.

Push through the camp and make sure you take out the foes in the cabins.

After the shootout, you can race Dutch back to the camp. Tap your running button at a steady rhythm that matches the gallop of your horse to beat him and cut corners whenever you can. Once you reach the camp, the mission will end.