The following page of our Red Dead Redemption 2 guide contains a walkthrough for An Honest Day’s Labors mission. John meets Blackwater with Sadie, who asks him to help them in saving the bandit Shane Finley captured by James Langton. 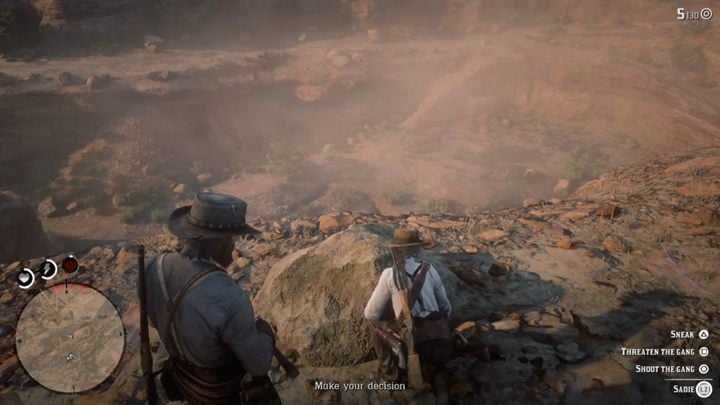 How to get gold medal in An Honest Day’s Labors? 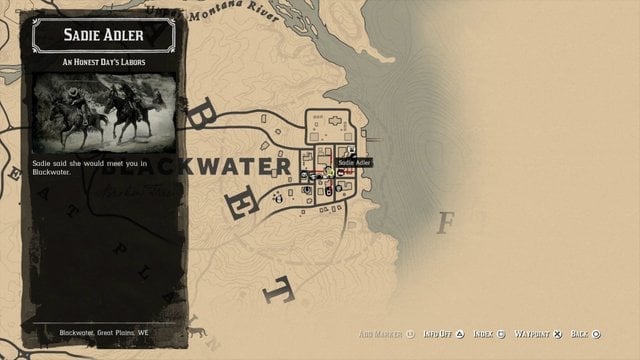 Head to Blackwater and meet with Sadie in the saloon there to start this mission. John asks for work, and she definitely has some.

Sadie tells John about a bounty she almost had, Shane Finley. But, a rival of hers stole him from her. She was going to give up, but with John’s help, she wants to get the murderer back to turn him in herself. 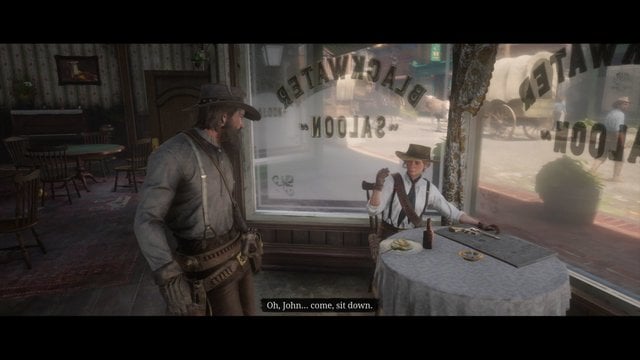 Get on your horse and follow Sadie south. Like usual, they chat, and John offers her a spot on his land. Neither have heard anything of Dutch van der Lind, either, and discuss him a while.

A cutscene plays after the conversation. After a while, Sadie will point out a spot. Follow her to it. You’ll automatically get off your horse when you’re close. Go to the edge with Sadie, and look out with your binoculars. She’ll describe who’s who. 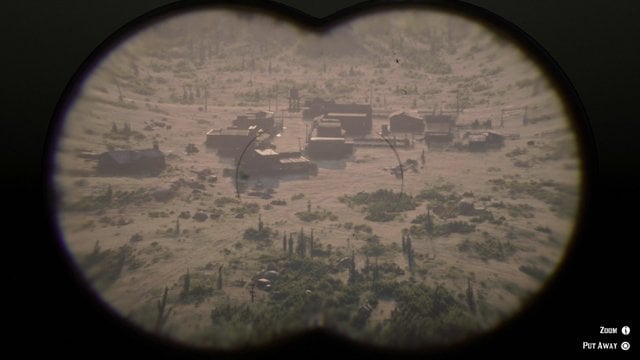 Now, get back on your horse and follow her to the canyon below. You’re following the targets from above. You’ll dismount your horse with her again eventually. She’ll describe what’s going on. Crouch down next to him behind the rock. 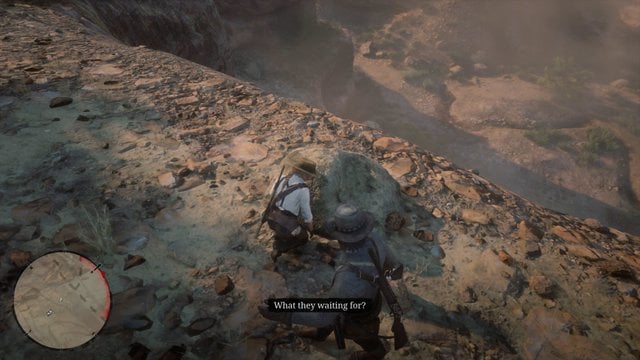 Sadie will recommend sneaking, but it’s your call to sneak, threaten, or start shooting. Press triangle/y to sneak.

If you choose to sneak, follow her down the path. She’ll direct you. Equip your throwing knives.

Take out the guy on your right in the first pair you find, and again, with the second. 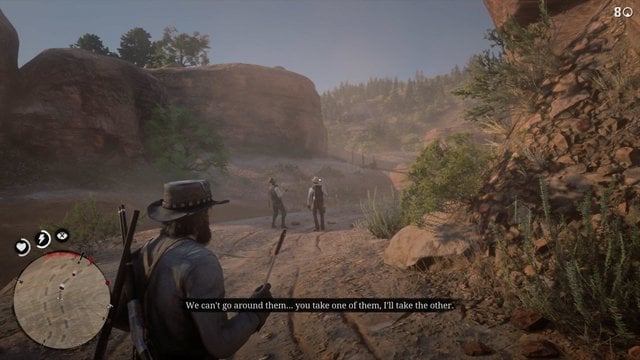 Follow her instructions to the T, and you should be able to make it.

If you attack too early, or miss, a fight will start. It’s fine, you can fight your way out. Follow Sadie’s instructions, regardless of how it plays out. 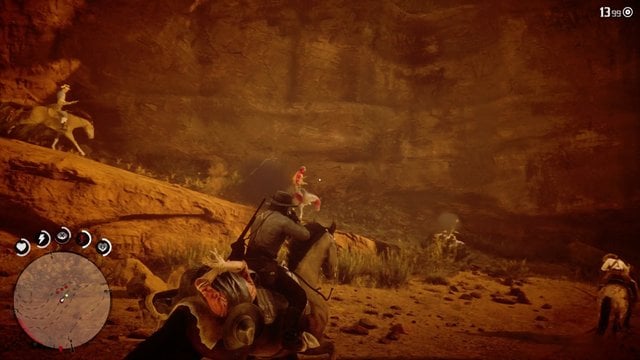 The target is the big red one on your map. Once you’ve fought your way to him, pick Shane up and put him on your horse. Remember to loot the men you’ve killed, though. 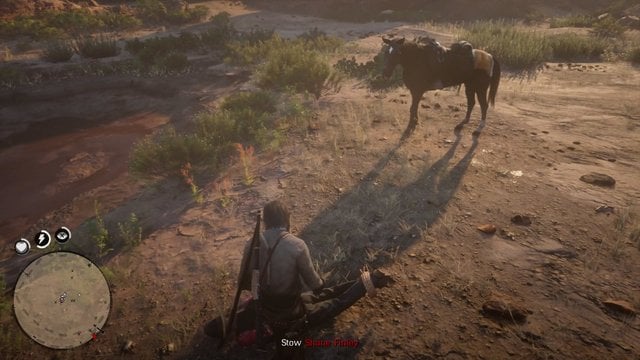 Once you get on your horse, you’ll pretty much get surrounded by men on horseback.

Protect Sadie as you ride away. If she dies, you’ll fail the mission. Luckily, she’ll give you a heads up on which direction they’re coming from. 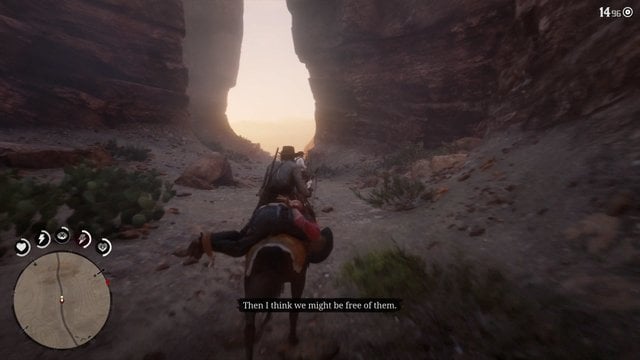 Once you’re past the canyon exit, you’ll have gotten away safely.

The ride back to Blackwater is easy. Hit Shane when Sadie asks you to if you’d like. 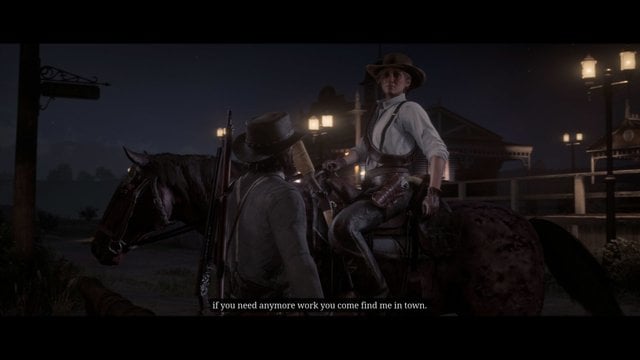 Once you get to town, you’ll turn the man in and make about $200 – almost half of what your land cost.