Angelo Bronte, a Man of Honor

The following chapter of the Red Dead Redemption 2 walkthrough contains the description of the quest called Angelo Bronte, a Man of Honor. Time to save Jack – together with Dutch and John, you will set off to Angelo’s manor, to negotiate with him the freeing of the kid. 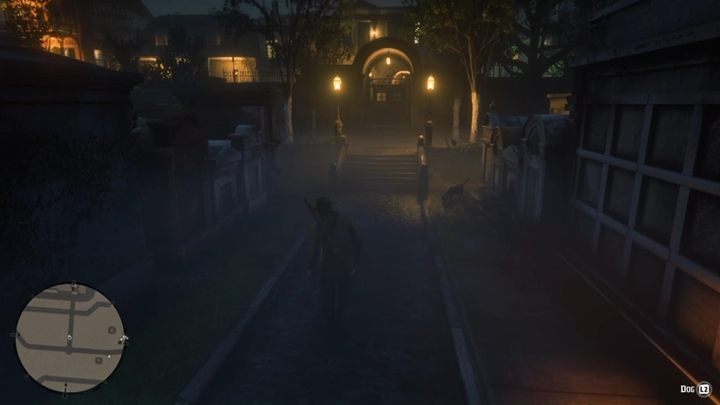 How to win a gold medal in the mission Angelo Bronte, a Man of Honor? 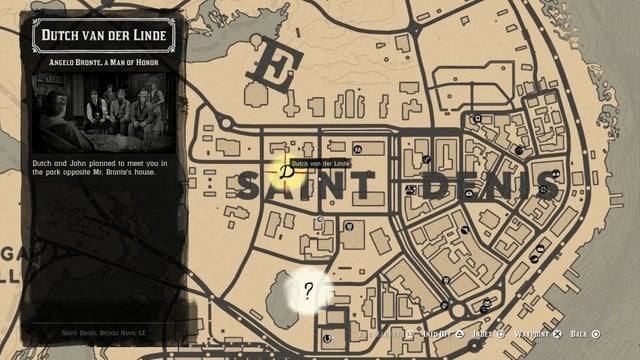 Start this mission by meeting with Dutch and John in St. Denis. You’ll walk up to the gate of his large house in the city, where Dutch roughs up the greeter a bit to intimidate him into bringing them up to their boss, Mr. Bronte.

Once up, Dutch will attempt to charm the infamous Angelo Bronte. It doesn’t seem to be going well, but in the end, he actually succeeds. 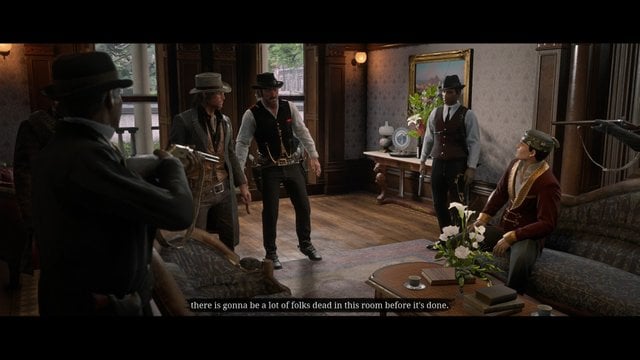 He wants you stop some grave robbers, and in return, he’ll return Jack. When you leave, follow John to the cemetery grounds.

Get off your horse once you arrive, and follow John on foot to the front gate. Crouch when you begin your search inside. You’re looking for a tomb the baddies may be using as a hideout. See this map below for the specific destination, plus how to find the dog and the drunk. 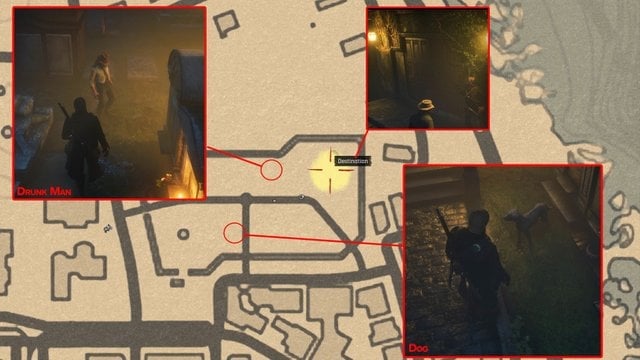 Once you get to the tomb and kick it open, you’ll find it to be empty. Then, people will start shooting at you and John. 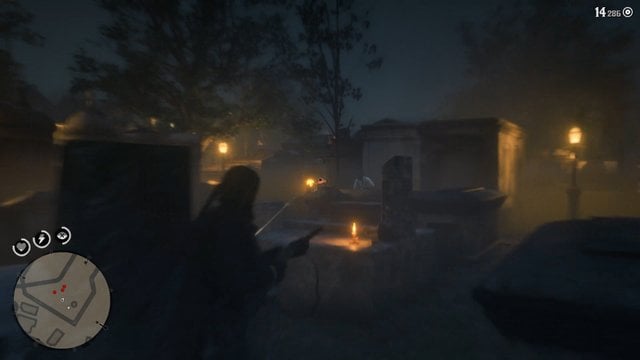 After getting rid of them, go back to nearby where they jumped you. Loot their bodies before getting their stash, though. 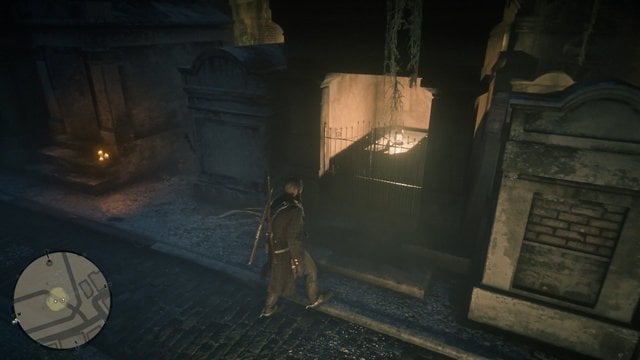 Their stash is inside a small, gaited tomb with a lantern inside. A yellow circle will appear on your map to show you the general area it’s in.

Now, put on a disguise just in case. The law is coming, and if you get spotted, you could build up a hefty bounty. Crouch down, and follow John around the perimeter. Stay hidden when the first cop finds the body. 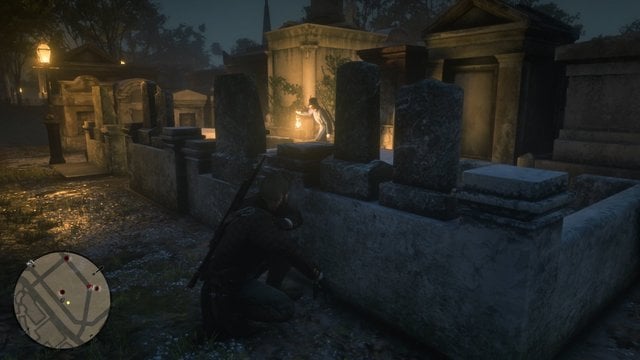 After sneaking out, head back to Mr. Bronte’s manor to meet back up with Dutch. He’ll meet you outside, along with Jack. Mr. Bronte is a man of his word.

On your way back, Jack will tell you he was actually treated quite nicely. Dutch has also obtained an invite to a garden party with the mayor.

After Jack is reunited with Abigail (who thanks Arthur and Dutch, but not John… ), Hosea approaches you to talk.

John thanks Arthur, then leaves to be with his family. 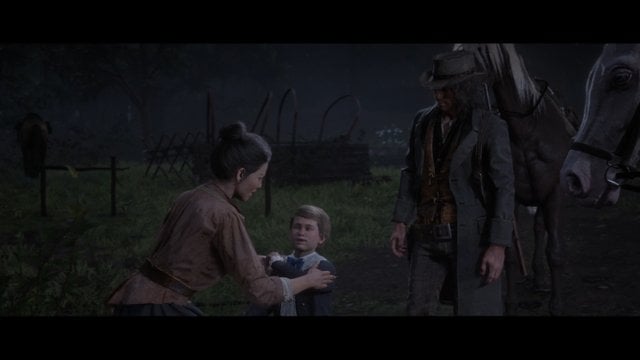 The rest of the gang celebrate by the fire, lead in song by Javier. Mingle, eavesdrop, and partake in the festivities to your heart’s content, then go to bed when you’re ready to move on (and unlock the next available quests)