On this page of our guide we have prepared a detailed description of bounty hunting mission in which you have to find Elias Green – a fugitive. You should locate this person and bring him alive or take his body to Blackwater detention. Our walkthrough explains how to unlock the bounty hunting mission, where Elias Green is hiding, and how to behave during a meeting with a fugitive. 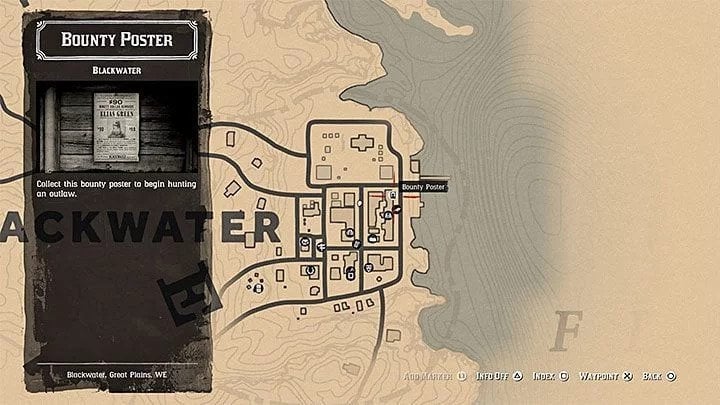 This task becomes available only after you have completed the campaign’s epilogue, namely after completing the main task of the epilogue entitled Gainful Employment. (the main character helps Sadie to catch one of the fugitives) Finishing the main mission unlocks the next, this time optional, bounty hunting contracts.

The starting point of this contract is a detention in the town of Blackwater. Pull off the poster from the bulletin board and listen to the sheriff’s comment, who will tell you more about the task and the approximate hiding place of Elias Green and his band. 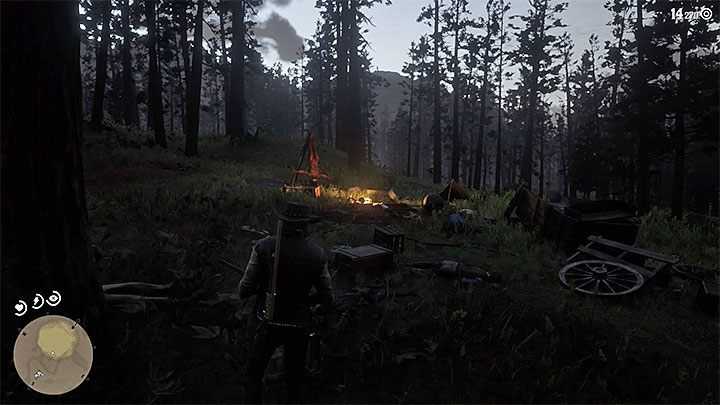 Go to the Tall Trees location west of Blackwater. You must investigate the marked area in the forest that is present on the map. Your task is to find the destroyed camp site. Use Eagle Eye to find traces. You have to follow them. 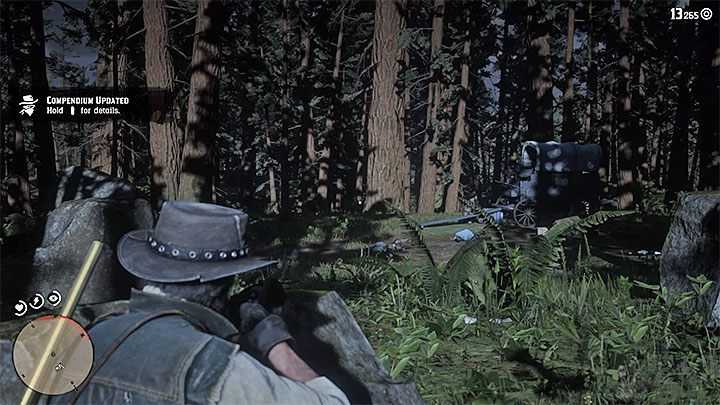 Traces will lead you to the bandit camp. You’ll recognize Elias Green by his bearskin hat. If you don’t mind killing him, attack him right away. Otherwise, ignore him and only eliminate other bandits who accompany him. 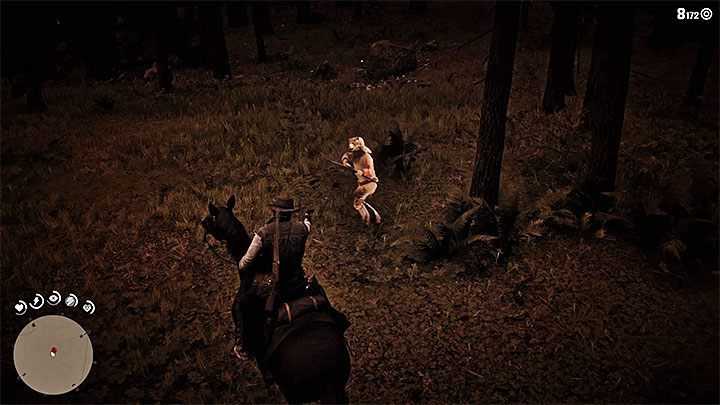 If you want to capture Elias Green alive, you have to get close to him and avoid his attacks with the use of your bow (use your horse or reach other trees). It is best to shoot him in his leg and then quickly use a lasso to catch him and tie him up.

Return to the Blackwater arrest with the captured Elias Green or his corpse. The award for the task is $90. 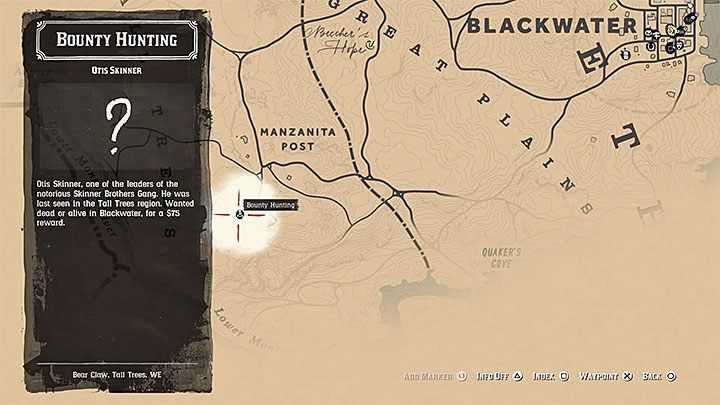 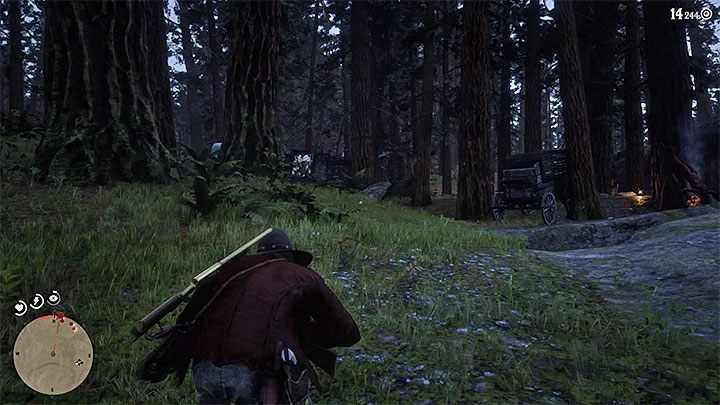 This Bounty Hunting mission is available only during the epilogue after you complete Gainful Employment main mission. (you have to help Sadie catch a bounty) Complete that mission to unlock new Bounty Hunting missions. (these ones aren’t mandatory. Otis Skinner’s wanted poster is in the jail in Blackwater. Take the poster (it hangs on the notice board) and listen to the sheriff’s comment – the man tells you more about this bounty and gives you the approximate location of Skinner Brothers gang.

Examine Manzanita Post west of Blackwater. Your goal is to reach Skinner Brothers camp in the forest. 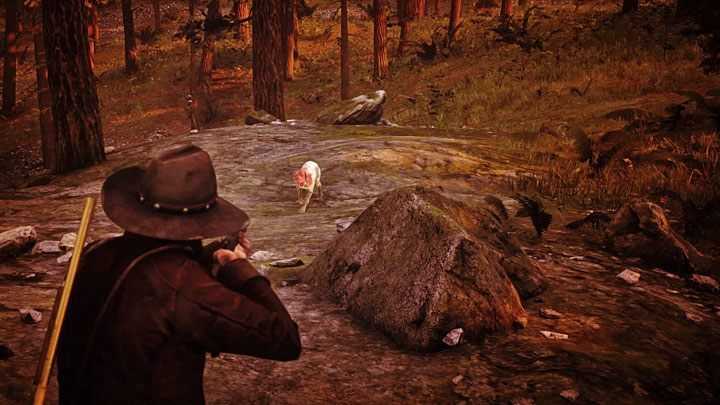 If you want to kill Otis, just eliminate every single bandit in the camp. Otherwise, pay attention to the mini-map – Otis is marked with a different icon. Thanks to that you won’t kill him by mistake.

Watch out for a single dog – it will charge at you. Try to kill the animal before it gets close to you. 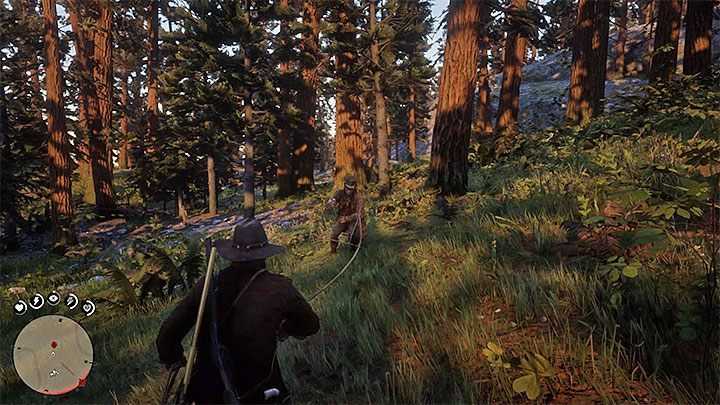 You can recognize Otis Skinner by his top-hat. The best way to capture Otis alive is to shoot him in the leg and then catch him with a lasso. Remember to hogtie him.

Stow (dead or alive) Skinner on your horse and go back to the jail in Blackwater. Put the man into the prison cell. Collect your reward – $75.