Hell Hath No Fury is the name of the next mission in Red Dead Redemption 2. The gang meets Hercule in Cinco Torres fortress and repels the attack to create an escape route and safely return to America. 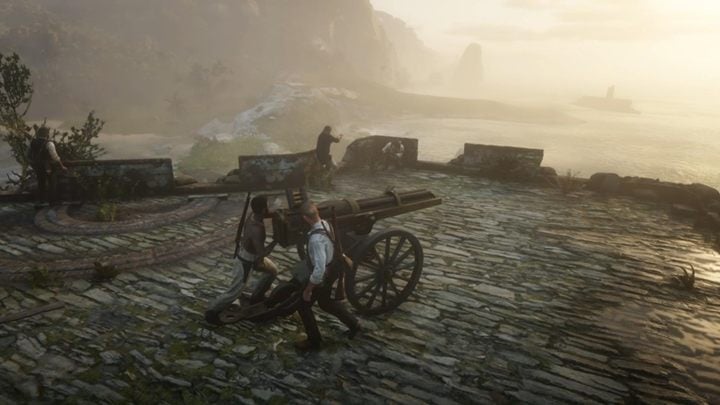 How to get the gold medal in Hell Hath no Fury? 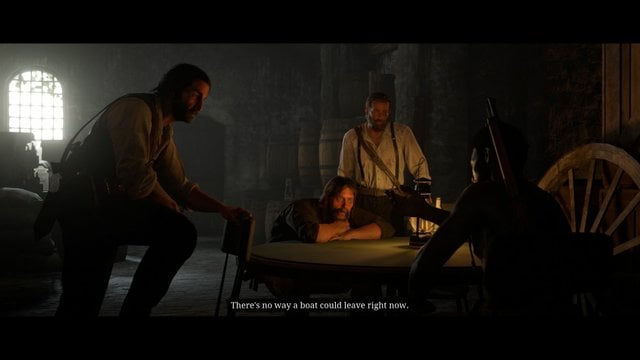 This mission will start immediately after Savagery Unleashed. You’ll be at Cinco Torres with your crew and Hercule, who has said he can arrange a way home for you.

While discussing matters, men begin attacking the fort you’re holed up in, and boats approach on the horizon. 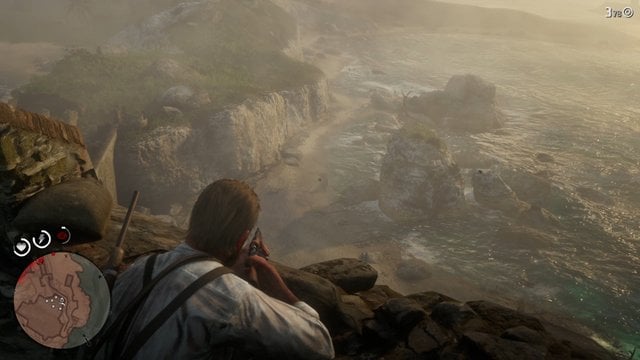 Shoot the men approaching on the beach from your elevated position.

After dispatching a few of them, Hercule will ask for your assistance with the cannon. 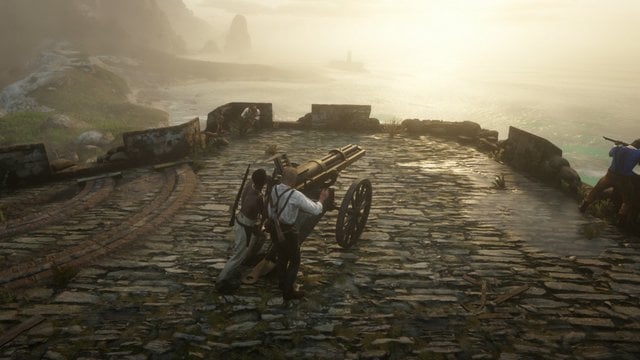 He’s right behind you – just run next to him behind the cannon to automatically get into position, then tap x/a to push the canon into position.

Soon, you’ll get overrun, and will have to leave the station. Follow Dutch to start pushing forward.

There are men immediately to your right as you leave. Take care of them with Dead Eye.

If you can’t see anyone, the nearest enemies are probably on boats coming from both sides. Shoot the men who are rowing the boats to force the other men in the boats to abandon ship, and to prevent that boat from making it to shore. 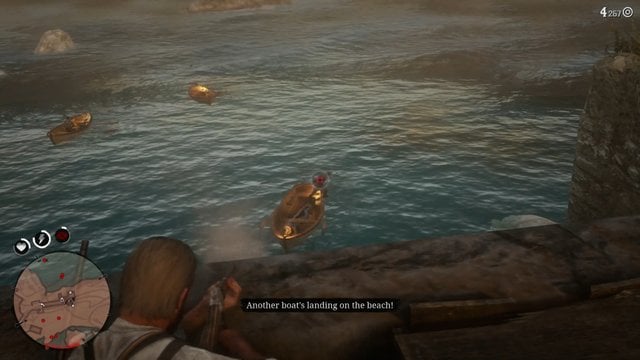 After fending off some of the boats, go back up to where you started. Your path will get blocked off, but Hercule will show you another way. 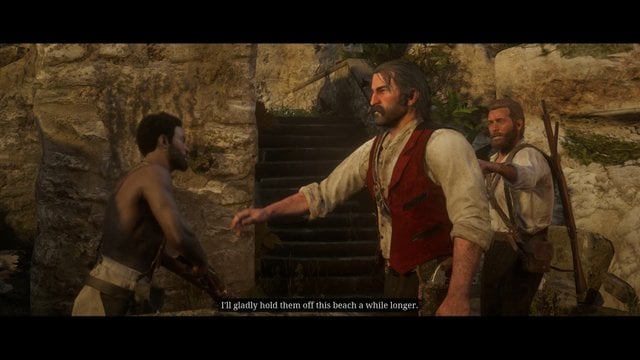 Don’t worry about stopping to fight more – just follow him to the canon.

A cutscene will start, and Hercule will instruct you to use the canon. 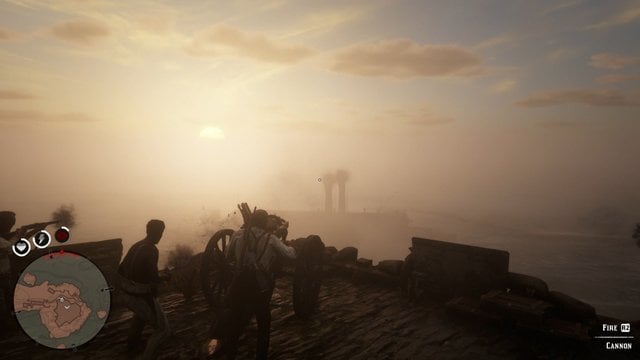 After sinking the naval ship, a cutscene will begin. Then, you’ll have to walk away from the fort, and onto the beach.