The following page of our Red Dead Redemption 2 guide describes the walkthrough of My Last Boy. Eagle Flies sets off for Beaver Hollow to launch a final assault on Cornwall Kerosene & Tor. Dutch’s gang joins the fray….

Note: Before the mission it is worthwhile to complete Money Lending and Other Sins as later on they will be inaccessible. 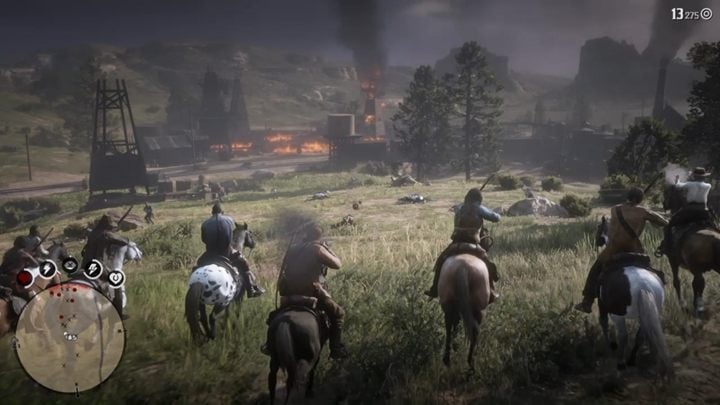 How to get the gold medal in My Last Son? 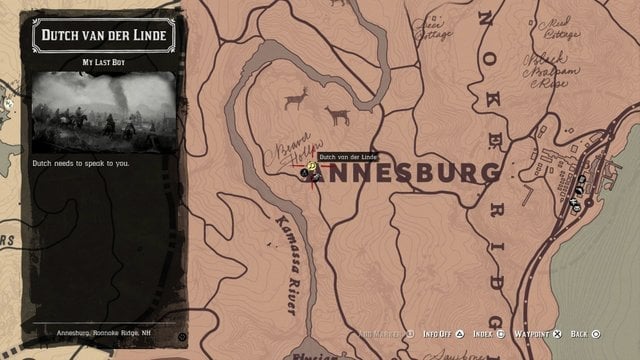 Approach Dutch at camp to start the RDR2 My Last Boy. Micah is there, with two of his “friends.” They say they’re needed for their guns, for what’s to come.

While tersely conversing, Eagle Flies appears with a group of his tribe, imploring you to ride with them to fight the factory – at the Heartland Oil Fields. 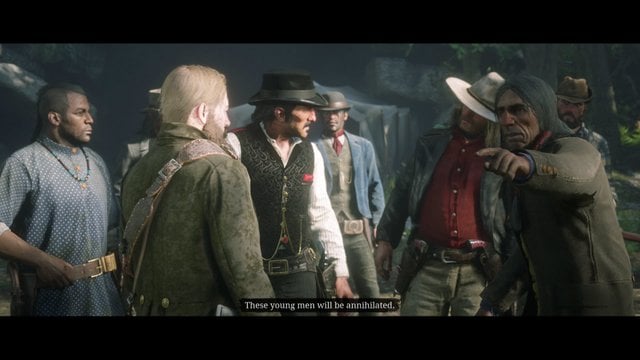 But, Rain Falls appears, and begs his son, his last boy, to please not fight. He says they cannot win, that they will only die, like his first son and wife before him.

His pleas fall on deaf ears, and Eagle Flies rides away with the other men. Arthur listens to Rain Falls, and agrees to help, and try to stop them. Your gang rides with you to the oil fields. Follow the path. 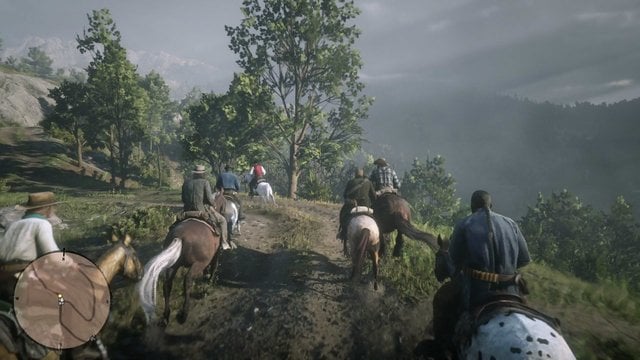 On your way, a man approaches on horseback, and tells you Eagle Flies and the others need help ahead.

You continue on that way. When you get to the fort, you’ll see it’s on fire. 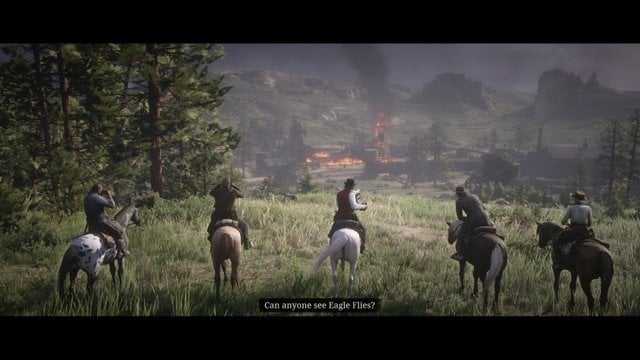 Some of the group will ride with Dutch to fight, others – including Charles – will ride with you to try and save Eagle Flies from the unwinnable fight.

When you get close enough, you’ll be forced to dismount. Approach the factory, taking out men as you go. 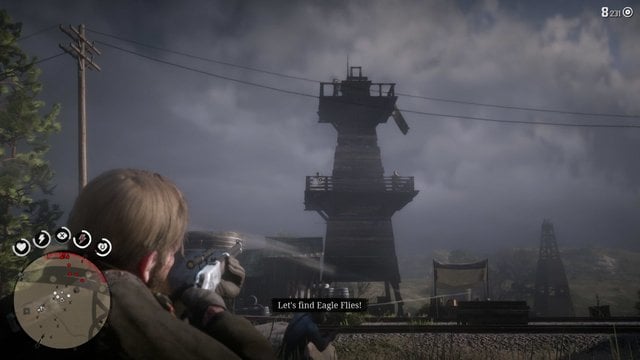 When you get close enough, after taking out some soldiers, follow Sadie across the bridge. 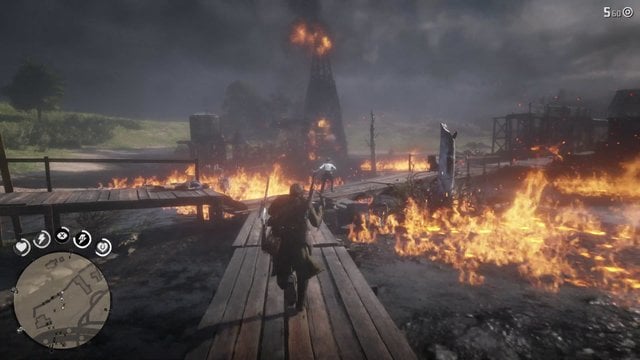 On the other side, two men will bust out of the doorway on the right. Shoot the man fighting on top of Eagle Flies.

He says we must save every man we run into on the way to group up with Dutch. Follow Sadie. There are a near unlimited amount of enemies, so just keep up while taking out who you need to for safety. Remember, they’re red dots on your map. 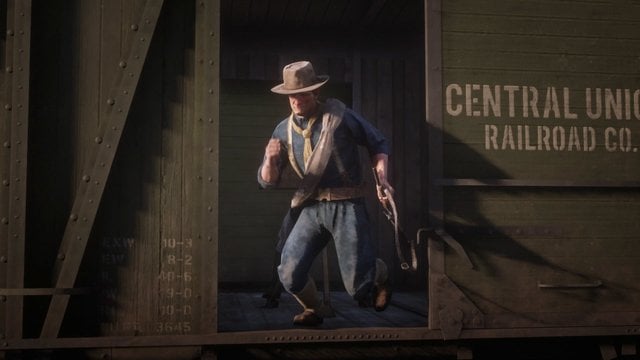 Keep up with the group. When you get close enough, a train car ahead will open up, revealing a gattling gun inside.

Immediately activate Dead Eye to take out the person manning that heavy gun. Then, run to the train and go to the other side. 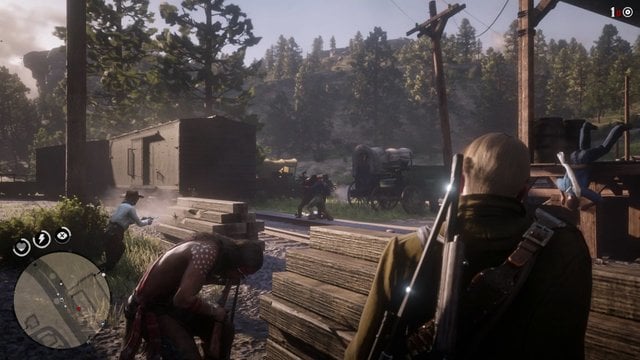 After saving Paytah, keep up with the group while, you guessed it, continuing to kill people. A lot will pour out from the east as you head that way, but once you get most of them, go to Dutch.

You’ll have a tiff with him during the short cutscene. When you come out of it, follow Dutch in the factory to the office you visited in an earlier mission. When you get there, search the cupboard by the door while Dutch searches the desk. 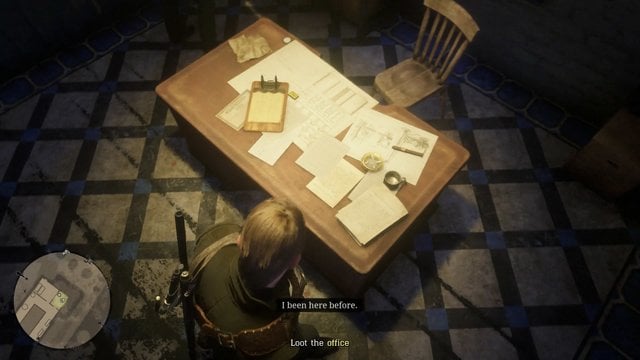 He’ll find a state bond worth a few thousand, maybe more. Elated, the two of you leave. But, at the bottom of the stairs, you’ll hear more soldiers infiltrate the factory, looking for you.

Take cover behind the tankards/barrels on the right and use Dead Eye to take out a majority of them at once. 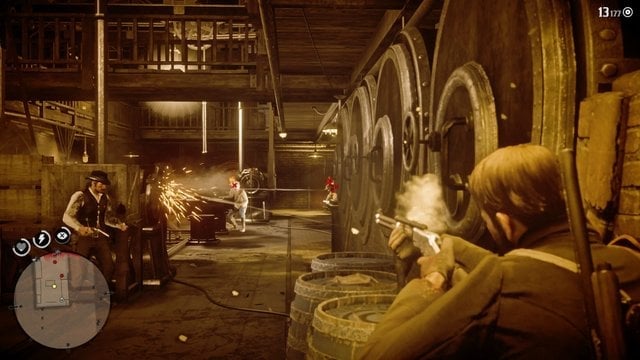 Kill them and follow Dutch. When you’ve made it to the other side, a blast of steam will knock Arthur to his ass, allowing soldiers to surround him.

Arthur calls for help, and Dutch looks, then calculatedly walks away. 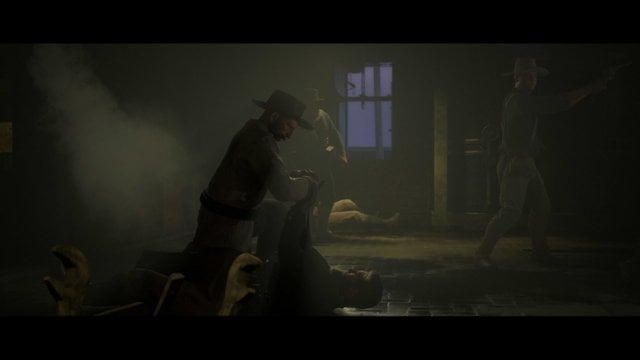 A soldier, on top of Arthur, attempts to plunge a knife through his chest.

At the last moment, Eagle Flies comes to the rescue, shooting your attackers. However, heartbreakingly, as Eagle Flies goes to help Arthur up, another soldier emerges and shoots him in the stomach. 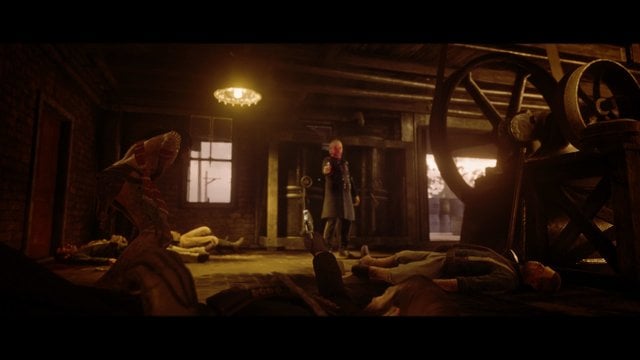 Press R2 to kill that soldier, as you’re thrown into Dead Eye.

After, get up, help Eagle Flies, and go outside. Arthur accuses Dutch of running away, to which he denies. You don’t have time to deal with it. Help Eagle Flies on your horse, and leave to take him to his father. 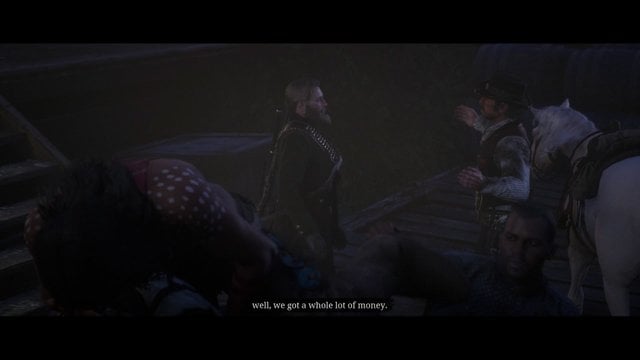 On the way to the reserve, Arthur and Charles discuss Dutch’s actions.

Once there, you bring Eagle Flies to his father, Rain Falls. He’s able to see his father one last time before he slips away. 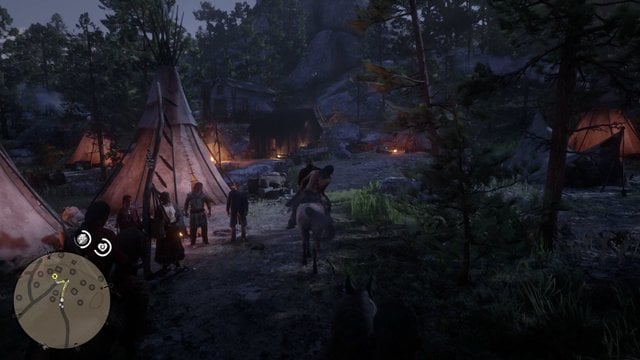 As you leave the teepee, Charles says they all must pack up and leave. Arthur says he will stay and help, too, but Charles tells him to leave. He has other people who need him.

On the way back, your vision will start to go, and you’ll fall off your horse. Luckily, some kind people come to your aid. They’re the family you helped in A Strange Kindness. 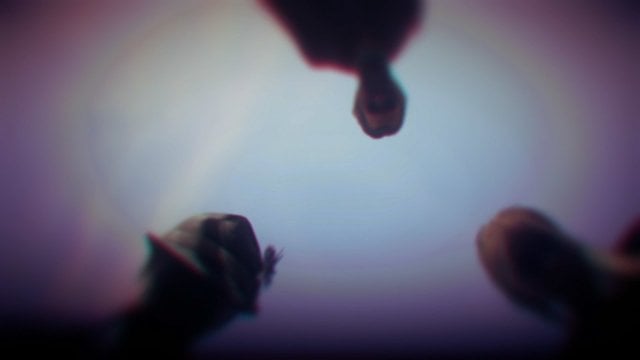 However, Arthur’s determination is too strong, and he runs away when he gets the chance. You’ll find yourself waking up by the train Annesburg.

That’s the end of the Red Dead Redemption 2 mission My Last Boy.