The following section of our Red Dead Redemption 2 guide describes the Paradise Mercifully Departed mission. To leave the island, Arthur and the gang must destroy the artillery positions on the coast and save the ship’s captain. 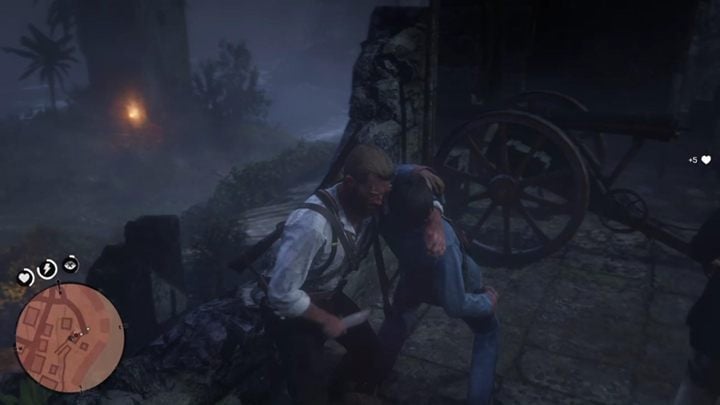 How to get the gold medal in Paradise Mercifully Departed? 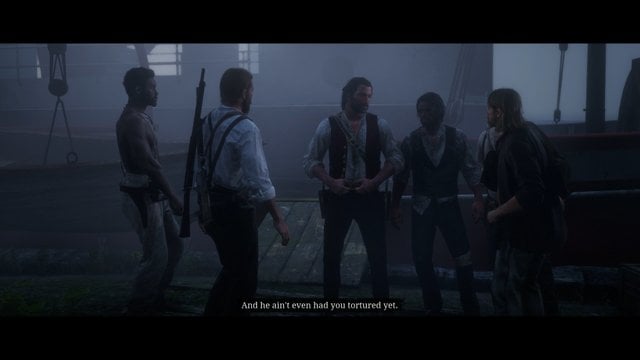 This mission automatically begins at the conclusion of Hell Hath No Fury. Alberto Fussar will not allow anyone to leave the island, so, obviously, you gotta murder him.

Follow your crew up the hill, then take out your knife. 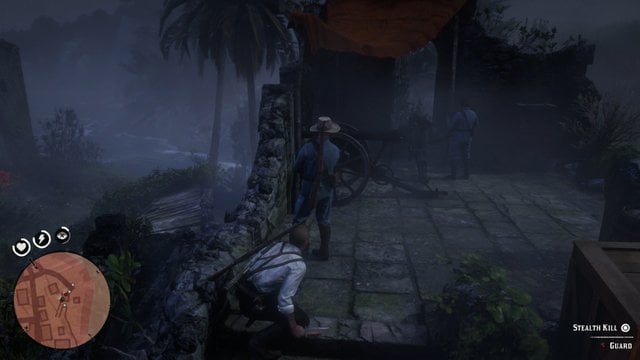 Start the assassination by taking out the closest guide. Micah will take care of the other.

Plant the explosives with R2 on a canon up there. Micah will plant and light his while you do so. 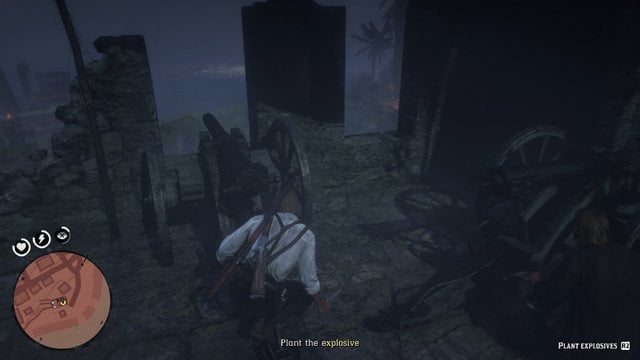 A short cutscene will play, and you’ll find yourself crouched behind a rock. There’s another set of canons up ahead.

After killing enough of them, you’ll be able to progress up a hill. Follow Dutch to the next area. 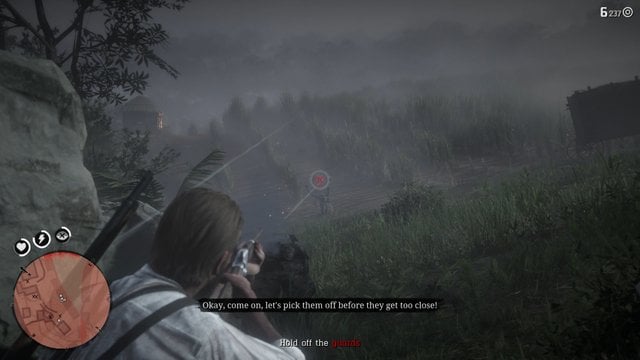 Keep your eyes on the cornfields to the northeast – that’s where you’ll be attacked from. When you’ve killed them all, wait for Micah to plant and set off explosives.

Now, follow Micah to find the captain being held in the compound. When you get close to a building, more enemies will begin shooting. 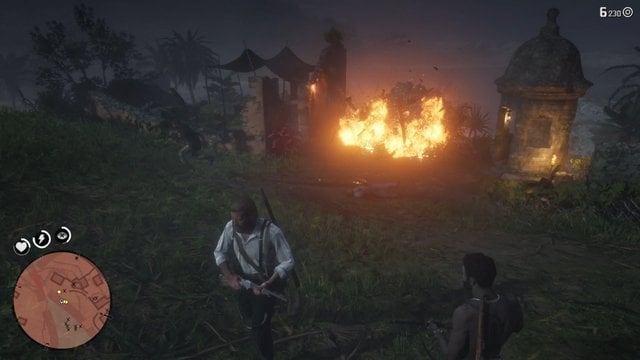 You can stay here, but it’s easier to get headshots a bit closer – we recommend you push forward with your gang, while taking cover.

Dutch will eventually instruct you to get the captain. He’s in the blue building to the east. 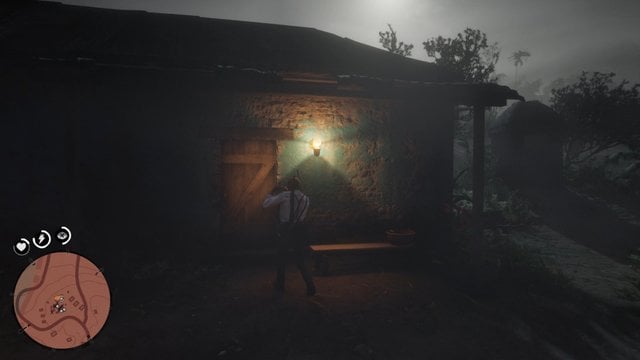 You’ll get jumped. Wait a while while Dutch talks to them, and look at Levi (the captain).

Eventually, you’ll be able to kick the rifle to him, ensuring a safe escape for the three of you. 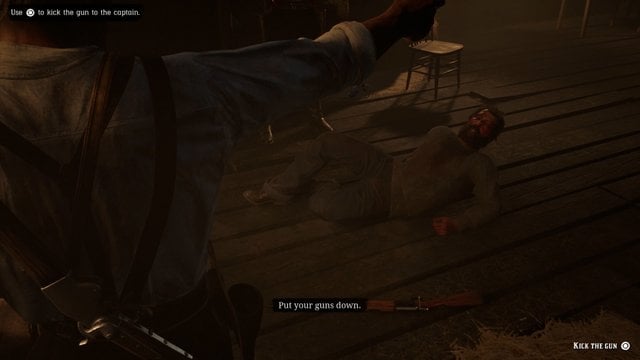 When you leave, follow the road to the water and head north. A few more enemies will pop out near the arch covered in vines.

Your allies will help you kill them, but this is where you can get those last few head shots you need, if you’ve been working on them. 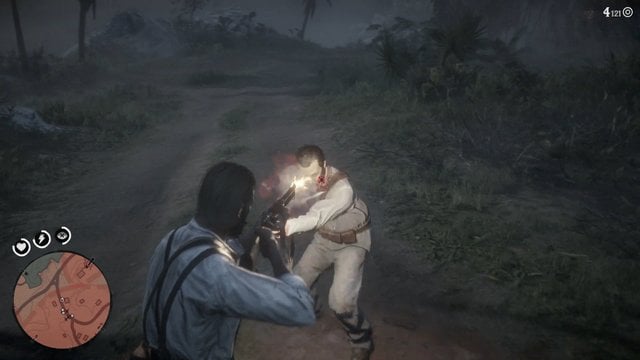 Once you progress far enough forward, a cinematic will begin, revealing Fussar to be in the tower ahead. Run toward it.

A canon will then be marked on your map in yellow, on your left. Use it to shoot the tower – you can hit it anywhere to take it down. 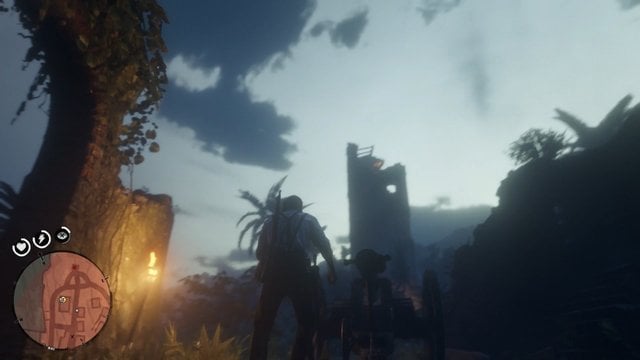 As it falls, a cutscene will trigger. You’ll say goodbye to your new friend Hercule, and get on the boat with Captain Levi.

On the boat, everyone will discuss the plan. Everyone will split up, find each other again, find money, and get the heck outta there. At least, that’s what Dutch proposes.