Paying a Social Call is one of the missions available in Red Dead Redemption 2’s second chapter. Thanks to Kieran’s help, the heroes are able to reach O’Driscoll gang hideout. Your goal is to eliminate the enemies, and examine the cabin in the wood.

How to get a gold medal in Paying a Social Call? 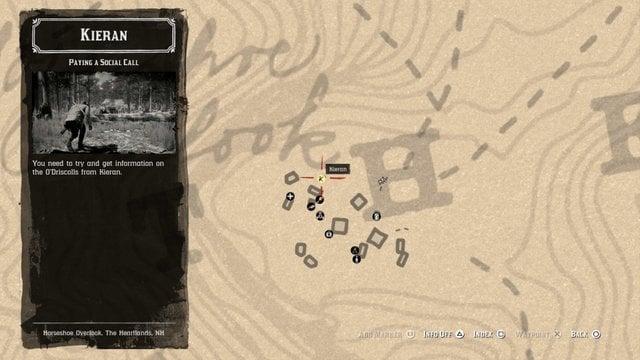 Start this quest by talking to Kieren at camp – he’s the man tied up who you captured back during Old Friends. A cutscene will trigger. Dutch will interrupt you, and threaten to geld Kieren – i.e., castrate him. 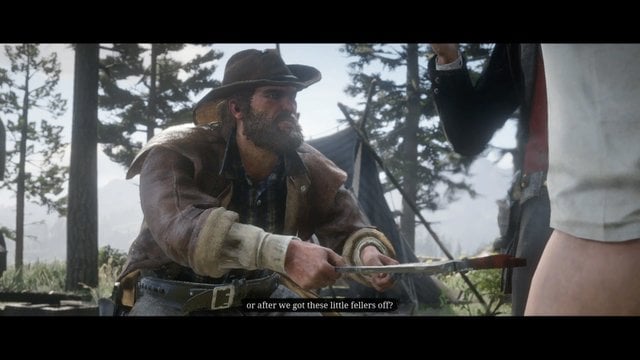 He’ll talk after the threat of hot bolt cutters are aimed at him with his pants down, and tell you Colm O’Driscoll is held up at Six Point Cabin.

You’ll then follow Kieren’s instructions to find Colm and his gang, up in Cumberland Forest. 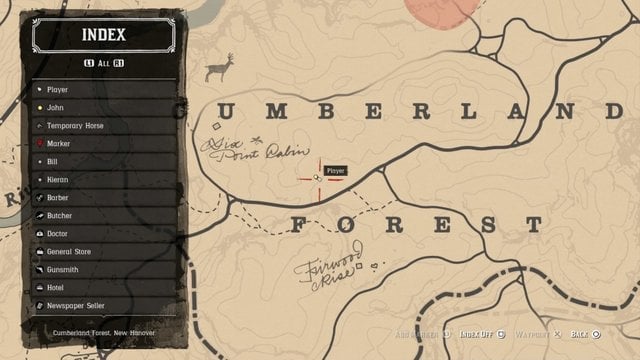 He’ll instruct you to leave your horses over the hill, and continue on foot. Remember to take the throwing knives from your saddlebag.

Equip the throwing knives and use them to take out the three stragglers silently. 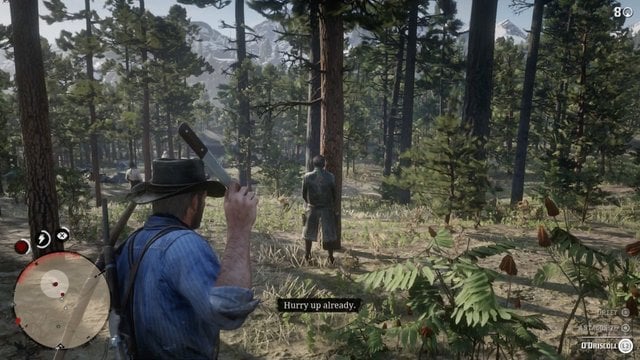 You’ll have to kill five O’Driscolls silently to meet a Gold Medal Requirement for this mission. The three stragglers are easy. Crouch, and sneak ahead to see a man on the perimeter of camp – he looks like he’s carving something. Take him out with a knife as well to complete that requirement. 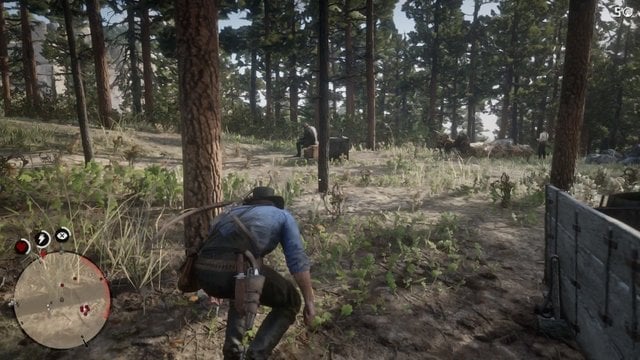 After killing him though, a firefight will break out. Do your best to keep covered while fighting.

You need to get 12 headshots, maintain 80% accuracy, and take no healing items in this fight. As soon as the fight starts, take cover behind the log behind you. As soon as at least three enemies are in your view, use Dead Eye to get as many headshots as possible. Stay in cover, peeking out from a tree or a log only to shoot, and only take shots when they’re sure.

After the remaining O’Driscolls run off, loot the bodies. Your buddies will tell you to search the house. Head to it after you’ve looted to your heart’s content. 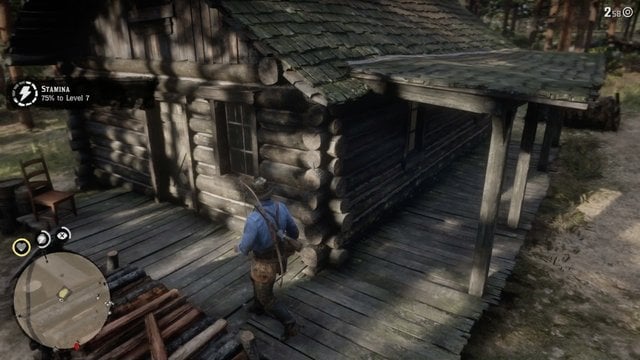 Trying to open the door will prompt a short cutscene – an O’Driscoll was behind the door, and he knocks you over. Kieren, surprisingly, comes to your rescue though.

It turns out Colm isn’t here, making Arthur pretty irate with Kieren – but Bill and John convince him he’s not a threat. 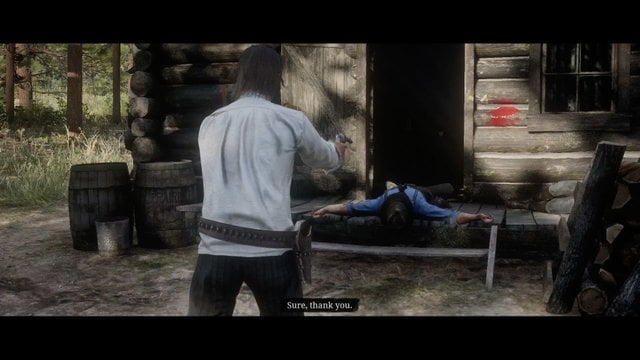 Kieren repays the kindness by telling you there’s cash in the chimney.

Head inside and loot the house. There are a few stacks of money on the table, and a double and barreled shotgun above the fireplace. You’ll be prompted to clean it, increasing its stats. 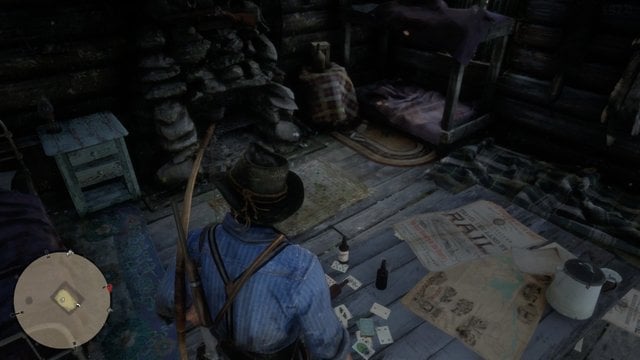