The Joys of Civilization

The following chapter of the Red Dead Redemption 2 walkthrough contains the description of the quest called The Joys of Civilization. Arthur and the gang changed the location of their headquarters – it’s time to visit the nearby city of Saint Denis and look for information about the missing Jack. 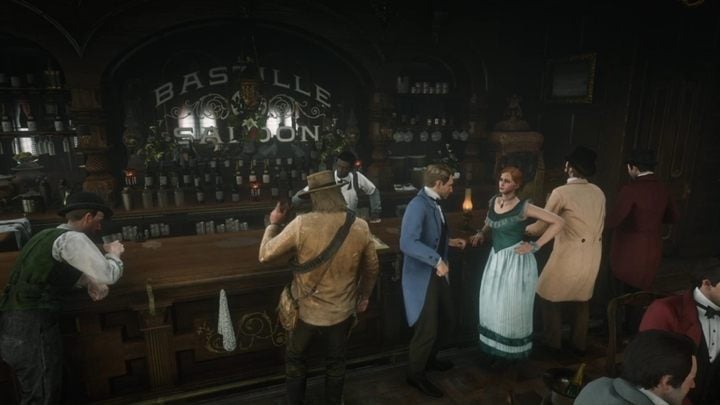 How to win a gold medal in The Joys of Civilization mission? 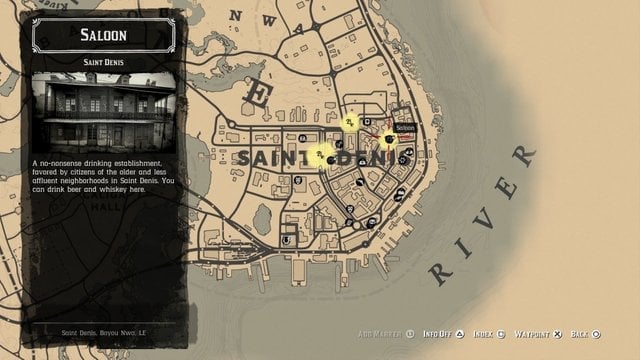 This mission will start at the very beginning of Chapter 4. Your goal is to find clues about Angelo Bronte in St. Denis.

Go to the circle that’s over the Saloon – it’s marked yellow on your map, the east-most marker. When you approach the front door, someone will hold a gun to your head. 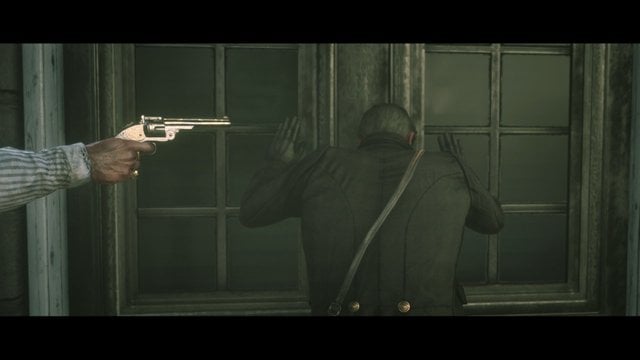 Luckily, it’s just Dutch playing a joke on you.

Head inside and talk to the bartender. He’ll give you a whiskey – for a $1, four times as much as it was in the smaller towns. The bartender will be spooked when you ask him about Angelo – he tells you to leave it. 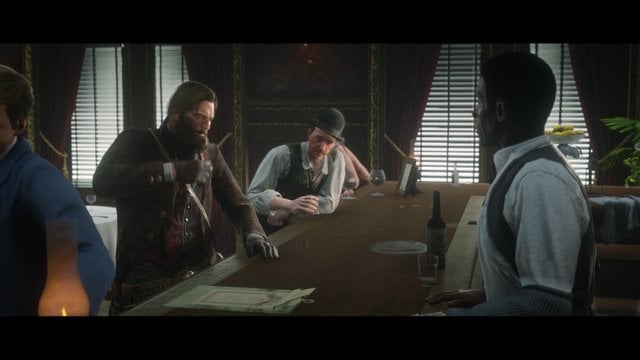 Disgruntled, Arthur down’s his expensive booze and walks away, but a wierd man intercepts you and tells you he knows about Angelo, and he hates him. He tells you to look for some kids behind the saloon. 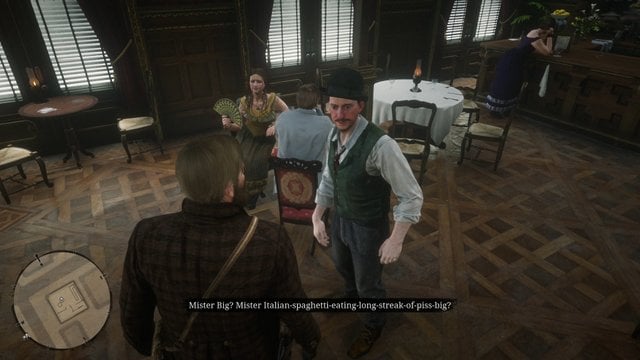 Leave the saloon. Make a right, then immediately, another right to head down the alley. Go directly behind the saloon. Keep walking until a few kids approach you. They’ll hustle Arthur for $5 in exchange to show him the way to Angelo. 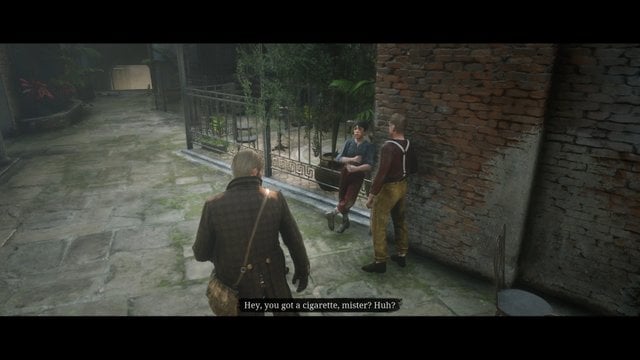 When he shows you the church, he’ll start talking a bit too much. His friend runs up behind you and steals your satchel. Chase after him. Unfortunately, you’ve suddenly forgotten how to whistle, and can’t call to your horse for aide, which becomes extra unfortunate when he jumps onto a cable car. 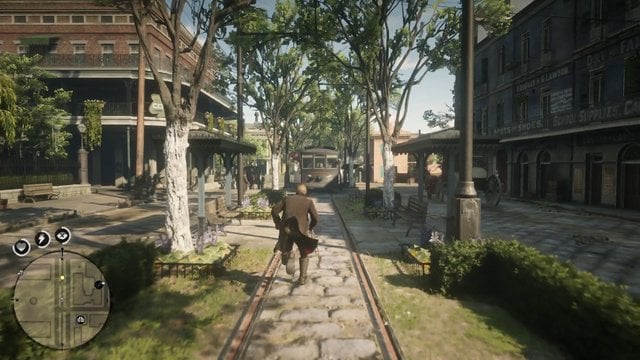 Eventually, the kid will get out and run into an alley, where you’ll have to search for him. In the alleyway, go to the Southeast part of the circle to find him. 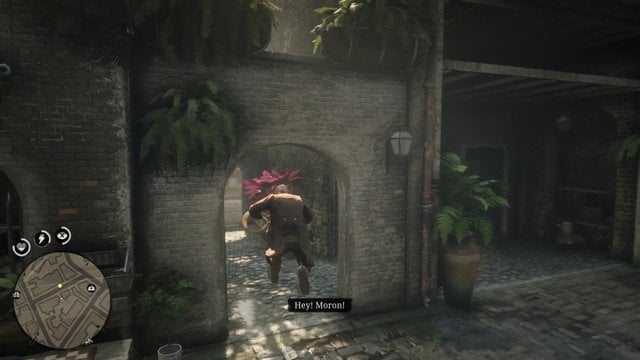 Keep chasing after him.

Once he runs into the market, go to the southwest part of the yellow circle to find him.

Eventually, you’ll chase him into another alleyway right behind the market, where you’ll get jumped by a gang of children. 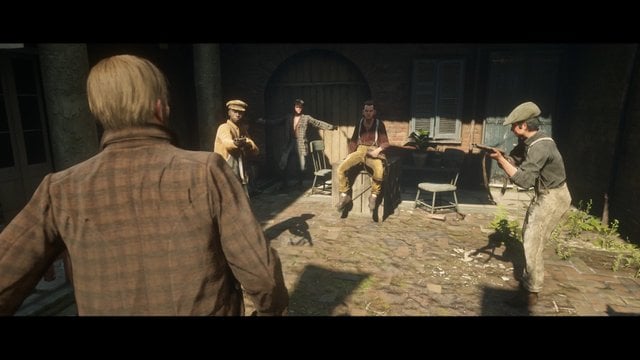 They’ll tell you where to find Angelo Bronte, and also tell you he’s not happy about your gang barging into the city asking questions.

The kids give you back your things and sends you on your way with some new information. Now, go meet up with Dutch to complete the quest. 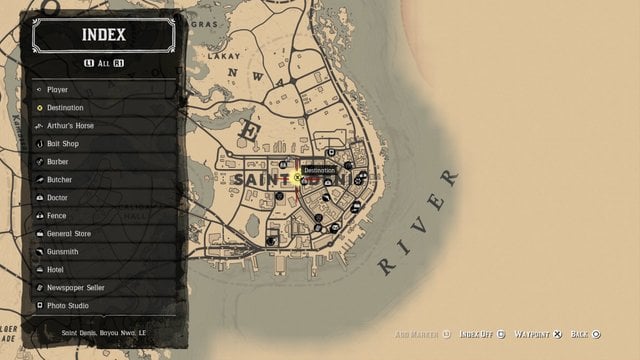