The Landowning Classes / Home of the Gentry

Home of the Gentry? is one of the main missions in Red Dead Redemption 2. John goes to Beecher’s Hope. He wants to relocate the squatters before he buys the land. 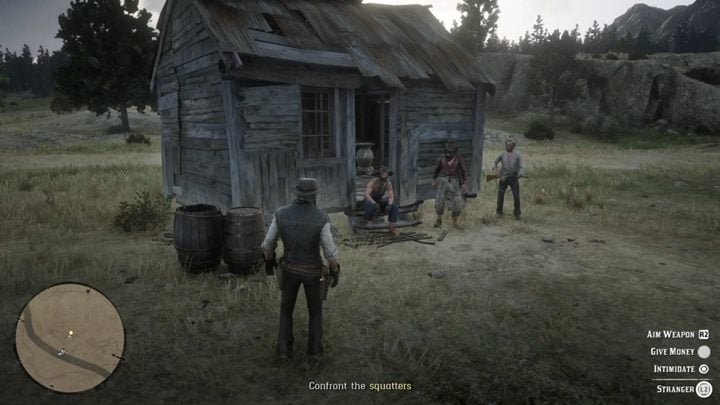 How to get a gold medal in Home of the Gentry? 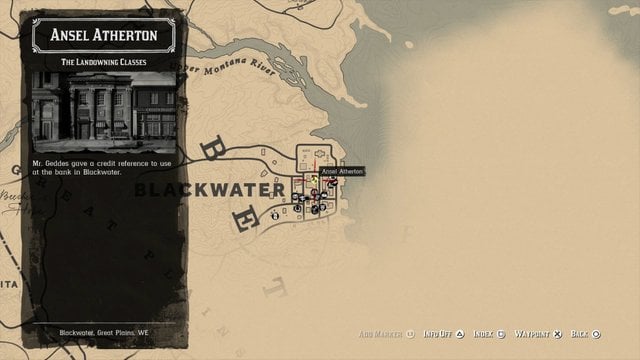 To start this mission, head to Blackwater and enter the bank there. John name drops Pronghorn Ranch to the teller at the front, and he immediately send you to the back with a laugh. 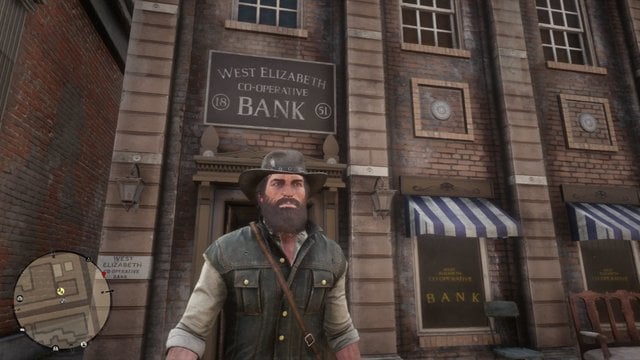 Mr. Atherton pokes some fun at you, but he’s a kind man, and says he can work something out for you. After agreeing to give you the loan, he tells John that there are some squatters at the property, and to come back when he’s done dealing with them.

Get on your horse and ride west to Beecher’s Hope. It’ll be marked yellow on your map.

Home of the Gentry? 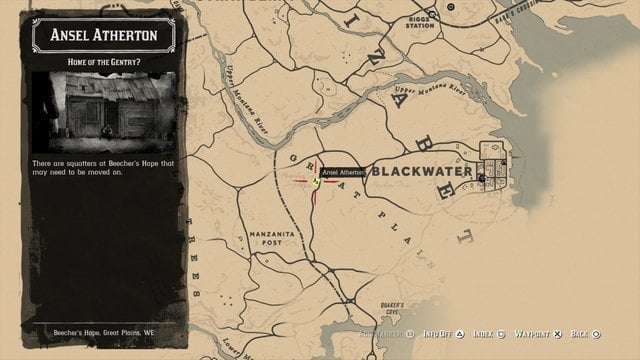 Start this mission by riding to Beecher’s Hope. It’s marked on your map in yellow, west of Blackwater.

There’s a man sitting on the stoop of the broken down shack. While speaking to him, two more

You can choose to Aim Weapon, Give Money, or Intimidate them.

We chose to intimidate them, but they’ll attack. Use Dead Eye to get rid of them quickly. Once you’ve taken care of them, a cutscene will start.

John will get on his horse and ride back to the bank. Mr. Atherton will give you the loan. On your wait out, Uncle will recognize you.

He’ll appeal to John’s kindness, telling him he’s sick, and ask to come with him. John reluctantly agrees to let him come.

Ride back to the property you just purchased with Uncle. He Pokes fun at poor John, and tells him he’s stuck with him.

A cutscene will play of the two of them making a home of the property, repairing what needs to be.