Red Dead Redemption 2 – The Ties that Bind Us Walkthrough

Unlocked: Complete Chapter 4’s “The Joys of Civilization” – Head to the prison outside Rhodes to find two prisoners. They will request you to remove five wanted posters in the town. One of them is in the hands of a bounty hunter near the saloon. You will need to loot it from him after showing some force.

The following are the locations of the other posters:

Once you have found all five posters, meet the fugitives in a campfire directly south of the train station. You have the option to capture these two for bounty reward or burn the posters right there and then to proceed further in this Strangers mission.

After burning the posters, wait 24 in-game hours and then head to the fugitives’ camp near the Dewberry Creek. They are both sick and ask for a cure. You can a health cure from your inventory or buy some from the doctor and give it to them.

The Ties that Bind Us

The Ties That Bind Us is one of the side missions available in Red Dead Redemption 2. Arthur comes across escaped prisoners – you can help them or capture them and put into prison. 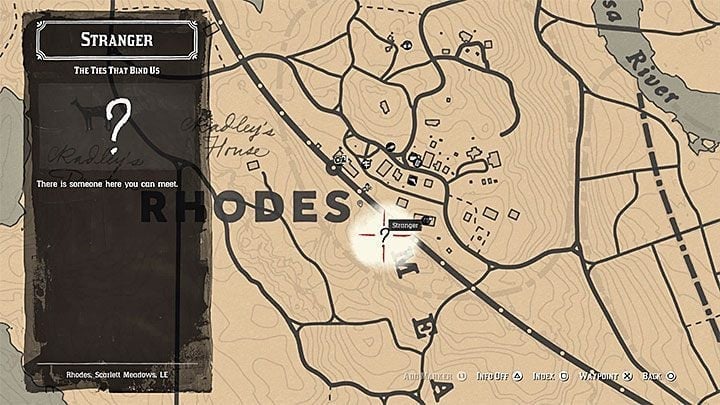 The quest marker for this mission should appear in Rhodes sometime after starting the fourth chapter. Find two convicts hiding near the town – they are called Mr. Black and Mr. White.

Finding and removing the posters 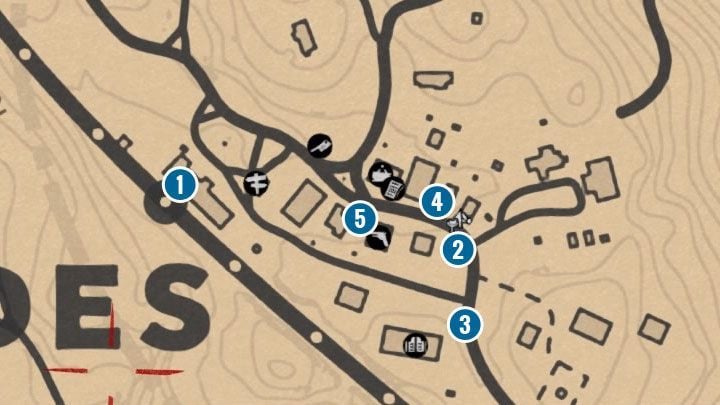 You can promise the prisoners to remove their bounty posters hanging around the entire Rhodes. The picture above shows locations of the posters.

Making the decision regarding the convicts 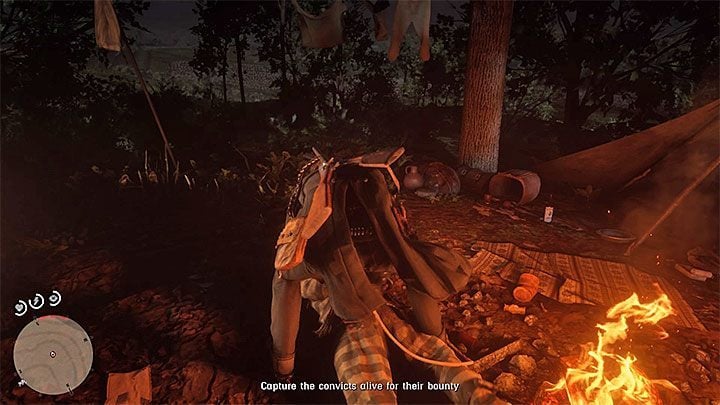 Meet Mr. Black and Mr. White in the camp in the forest. You can act in two ways. The first solution is to capture the convicts alive and bring them to the prison in Rhodes. The best way to do that is to knock out the first convict by using a surprise attack and catch the second prisoner with the lasso. 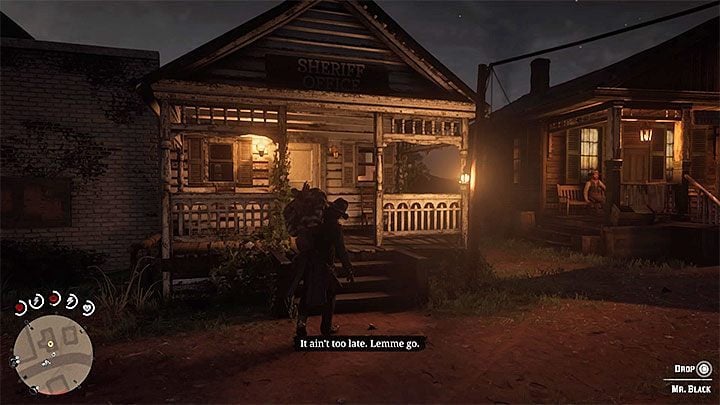 Stow the first convict and take him to the sheriff’s office in Rhodes. Place him in the prison cell. Repeat the process with the second convict (he is marked on the map). Arthur will receive $80. 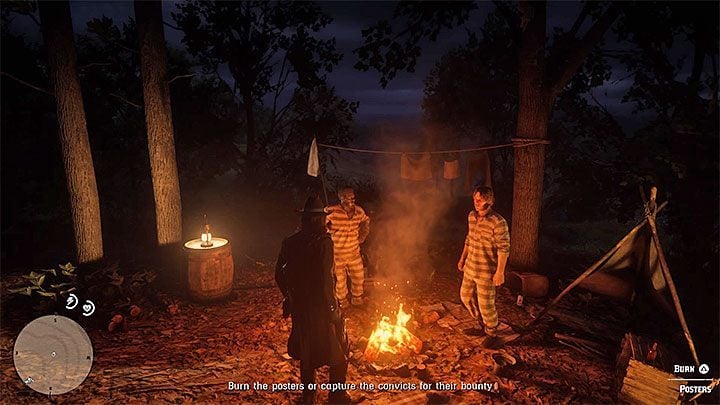 The second option is to burn the wanted posters – Mr. Black and Mr. White will be able to escape. Burning the posters is simple – approach the campfire and press the interaction button.

You can take care of finding Mr. Black and Mr. White again if you have already decided to help them (i.e. you have burned down the letters) and if some time has passed since the last meeting.

Explore now the Dewberry Creek north of Rhodes. Only when you get closer to the place will the new marker appear. 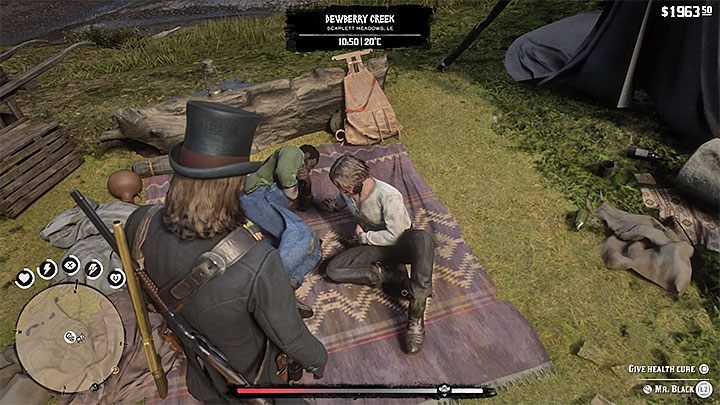 When you reach the fugitives, you will find out that they are seriously ill. You can heal them. If you have the Health Cure then you can give it to them right away. Otherwise you can create them by the fire or buy them in the city.