The following page contains the walkthrough of Trying Again mission in Red Dead Redemption 2. John takes Jack and Rufus to the water. However, fish are not the only things they find… 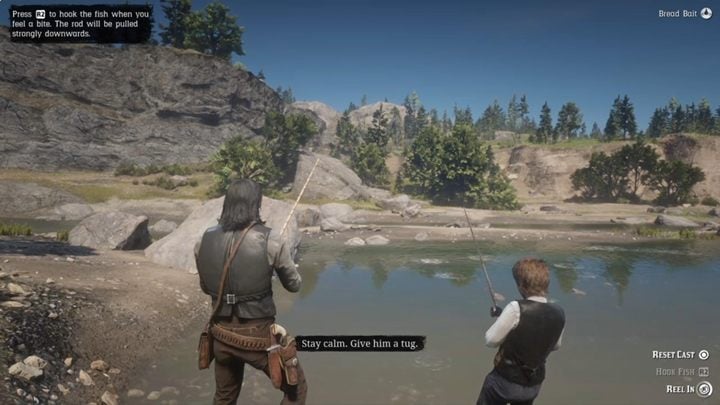 How to acquire a gold medal in Trying Again? 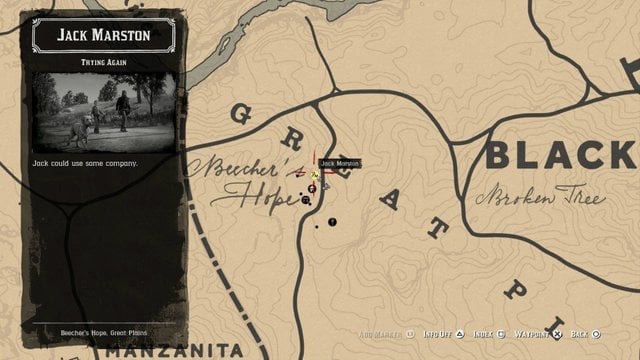 Approach Jack Marston outside of your home to start this mission. He’s reading, and playing with the dog, Rufus. John asks him to go fishing, and he relents. They do agree they’d like to do more of this on the way, though. 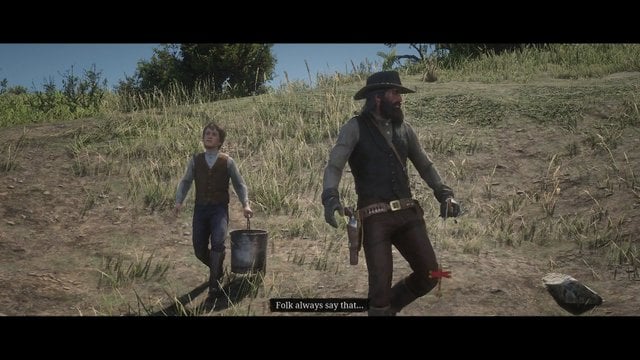 Walk to the stream with Jack. It’s marked yellow on your minimap. When you get there, it’s time to fish! 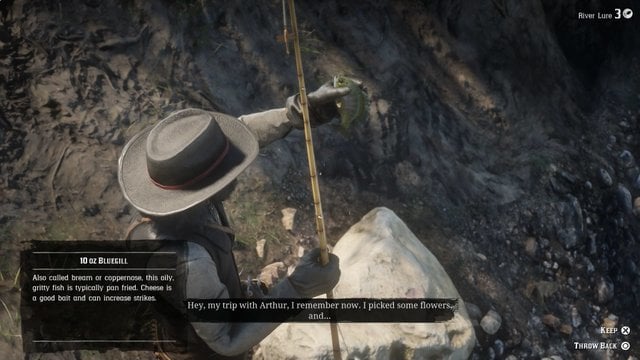 After catching a fish, or shortly after Jack catches one, he’ll notice Rufus isn’t nearby. He’ll start looking for him.

Follow Jack – he’ll eventually lead you right to the dog. You won’t be able to track him on your own. 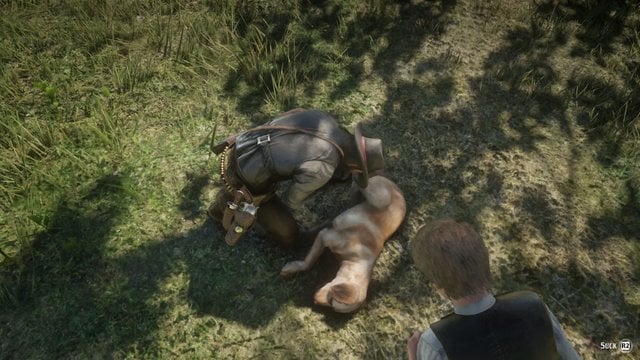 When you get there, it looks like he’s been bitten by a snake, and John gets to sucking out the poison on the poor dog’s bag leg.

Press down on the left stick to pull the dog’s leg up to your mouth, then R2 to suck the venom out, and x/a to spit it out.

After doing this a few times, John will take Rufus back to the house and tell Jack to collect their things. 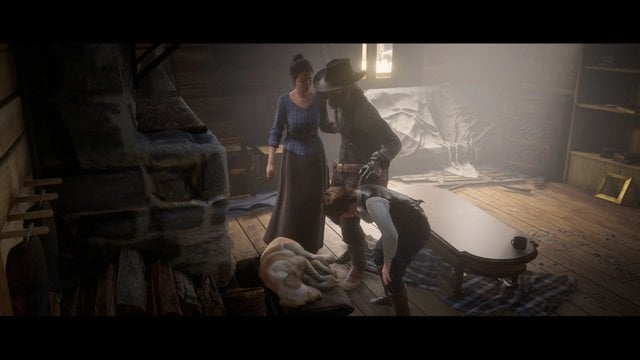 When Jack gets to the house, he’s upset, and proclaims they never should have gone fishing. John says Rufus will be okay! And he is. 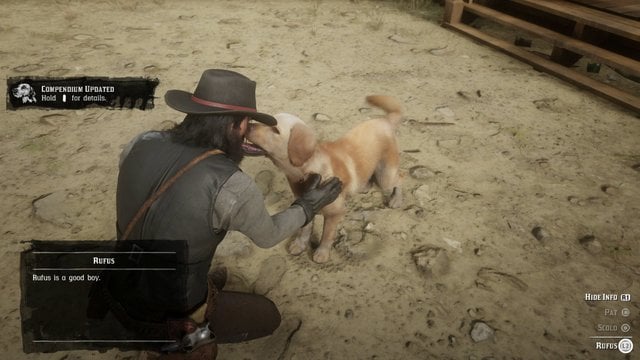 That’s it for Trying Again.