The following chapter of Red Dead Redemption 2 contains the walkthrough of the Uncle’s Bad Day mission. After finishing work on the barn, Uncle, John and Charles spend the night celebrating. In the morning John discovers that Uncle was kidnapped by the Skinners. 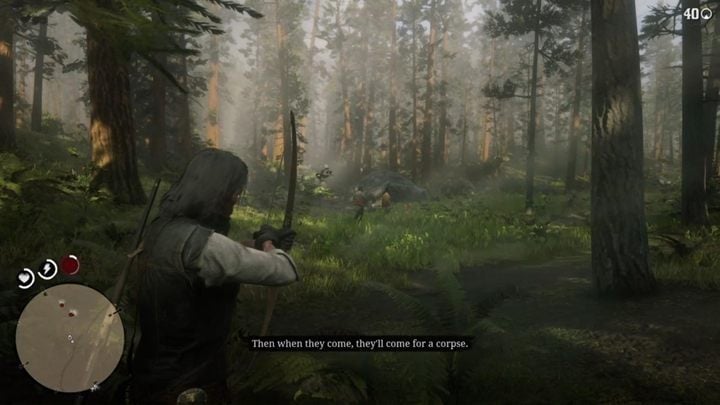 How to acquire a gold medal in Uncles bad day? 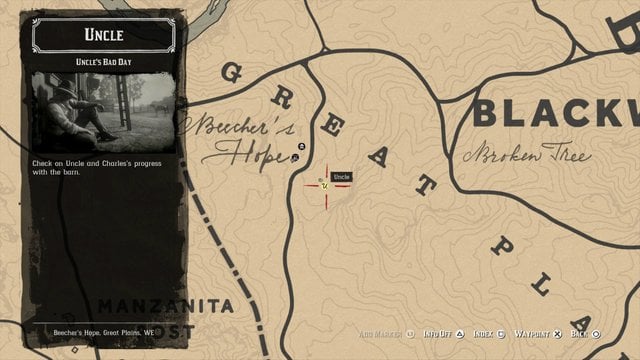 Start this mission by approaching Uncle near your brand new barn. It looks good!

Uncle starts to sing while the three of your drink and celebrate in the house. 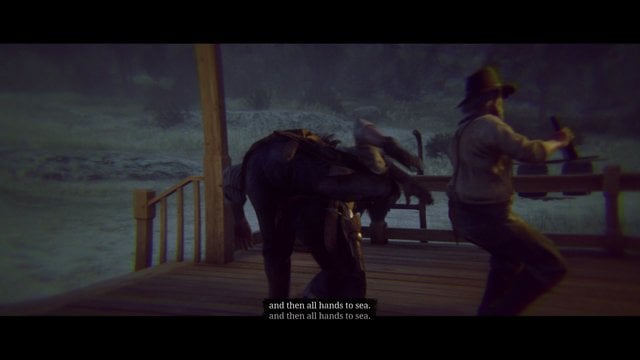 You all continue to drink through the night, laughing together by the fire place, and getting into shenanigans.

You all end up passed happily on the floor, but Charles wakes you up, alarmed. Uncle is gone. 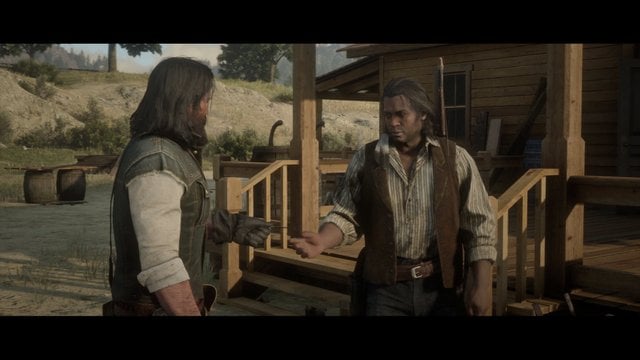 Charles says the Skinners took him, and he’s sure it’s a trap. You both leave to rescue Uncle anyway.

On the way, Charles says you may have to put Uncle out of his misery, depending on what they’ve done to him.

When you arrive, you get off the horses, and continue stealthily on foot. Charles will spot two looksouts. Take one out with your bow. 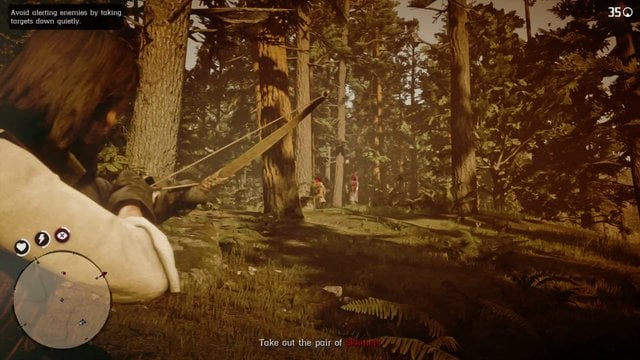 We used Dead Eye to ensure the shot. Charles will take out the other.

Follow Charles deeper into the forest. You’ll come across another patrol, and you can choose to kill them, or let them pass. Charles says to let them go, so that’s what we did. 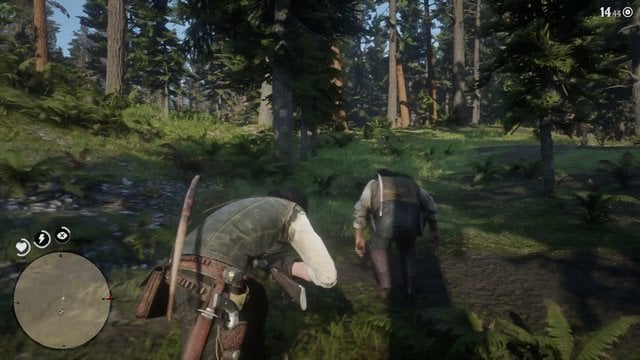 We learn that Uncle is still alive, and continue onward. You’ll come across a wagon with a poor guy being dragged behind it… follow them.

Eventually, the Skinner will stop, and pick up the body behind the wagon to carry him on foot. Take him out silently, either by headshotting with the bow, or by approaching from behind and using square/x to take him out with a stealth weapon like a knife. 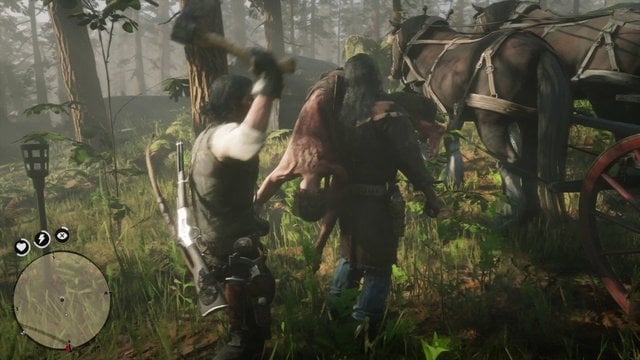 Follow Charles to some rocks ahead, and go to the top rock to survey the camp with your binoculars.

They’re doing the most retched, horrid thing to poor Uncle. John is gungho to go save him, but before he can act, a Skinner jumps him. 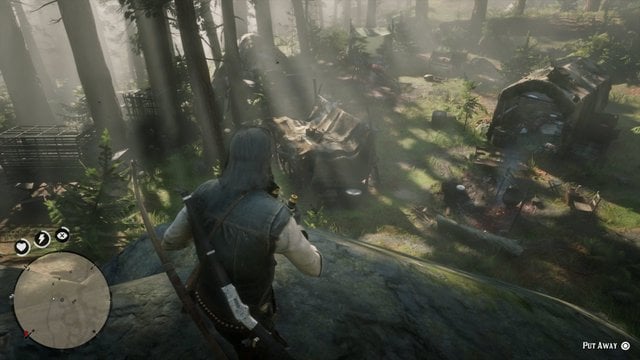 Charles will save you, and then you’re thrown into Dead Eye to return the favor for him. It turns into a fire fight from there. It’s a good vantage point where you’re at.

When you’ve killed enough of them, go down to save Uncle. He’s in bad shape. Charles will carry him. 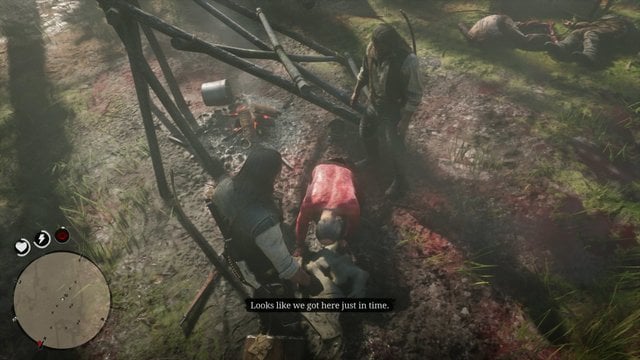 As you continue, you need to cover Charles and Uncle. Once you get to the horses, they’ll come from behind you. 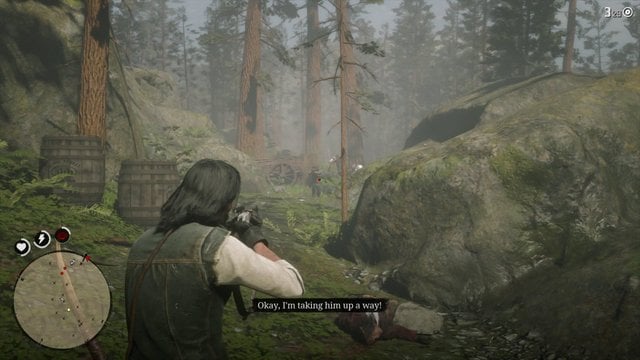 Be ready, and shoot them. Get on your horse, and continue your escort mission. Uncle will be screaming the whole time.

Ride all the way back to your home. When you get close enough, you’ll help him off the horse, and inside. 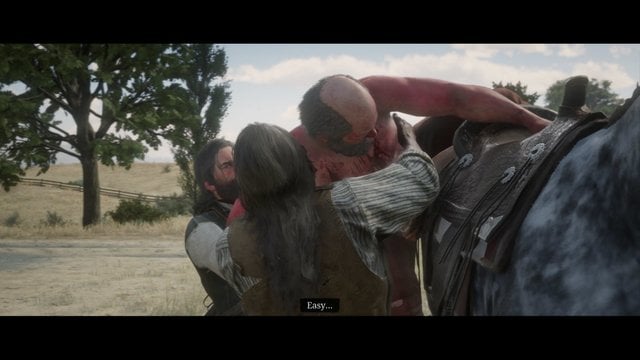 Charles said he thinks it looks worse than it really is, and he’ll be okay.

The Best of Women

A cutscene will play of John taking care of his horse next, and preparing with some fertilizer. 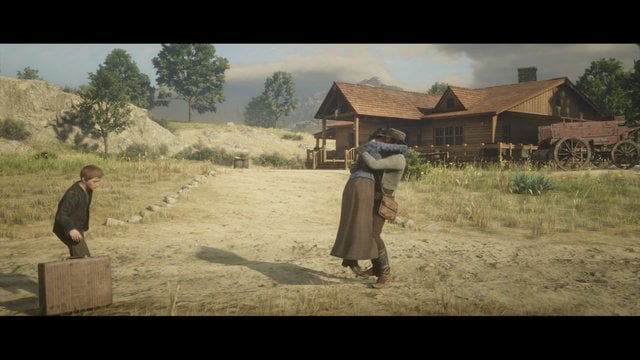 Off in the distance, Abigail, Jack, and a dog approach.