Urban Pleasures is one of the main missions available in Red Dead Redemption 2. According to Bronte’s information, the trolley station in Saint Denis has a lot of money. Dutch, Arthur, and Lenny want to rob it. 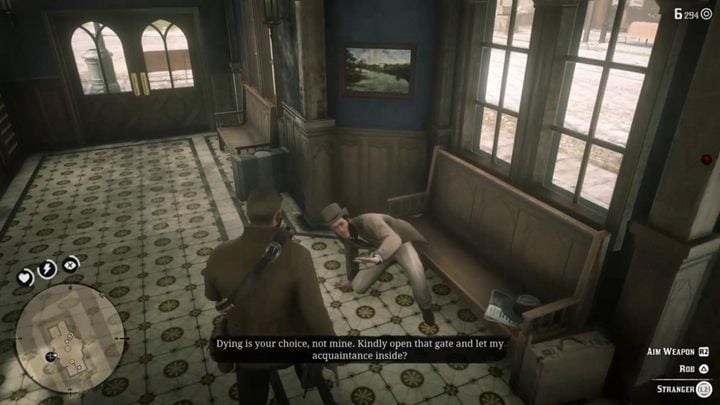 How to get a gold medal in Urban Pleasures? 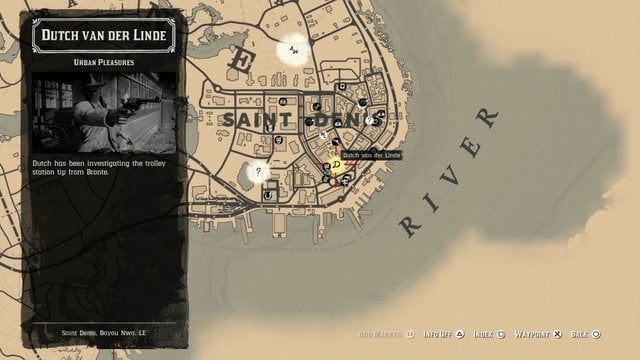 Start this mission by approaching Dutch and Lenny across the trolley station. Make sure to approach from the south – coming around back from the alley will glitch the game. 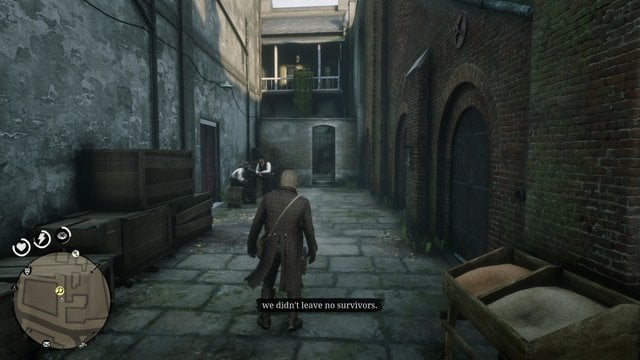 Immediately, you will all equip your masks, and brashly enter the trolly station, declaring it to be a robbery.

Relieve the few people their of their personals, though it’s not much. 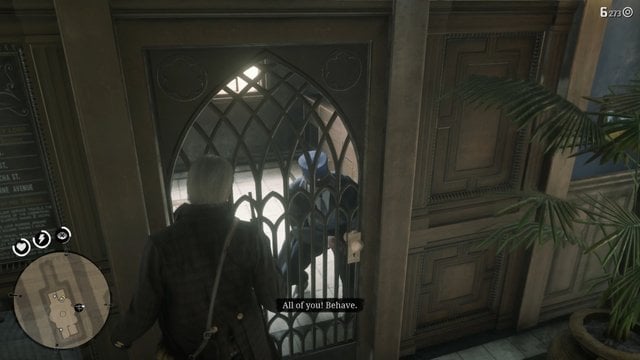 The room Lenny searches doesn’t have much, either. When the teller finally opens the door for you, you’ll find out shortly he, too, doesn’t have much. With very little to show for it, dozens of police show up. Your saving grace passes by as a trolley cart. Jump onto it with your friends to make a getaway… sort of. 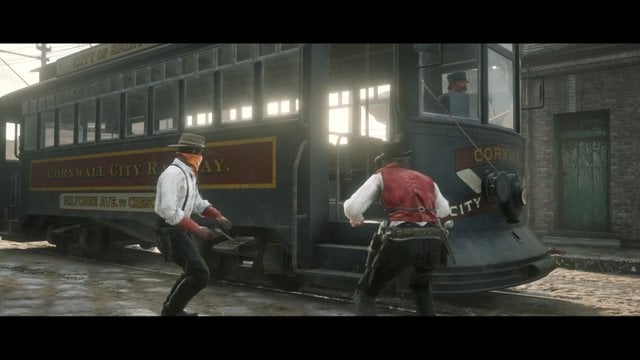 After a while, the trolley will begin to kareen out of control. Arthur discovers it’s broken – and you all brace for impact as it crosses paths with a carriage.

You crash, but luckily you’re all mostly okay, but there are still lawmen on your tail. Take cover while shooting. 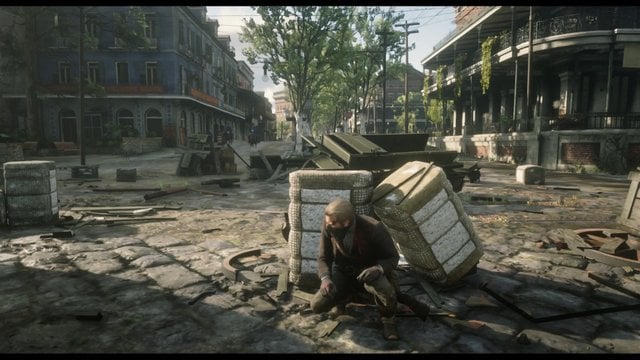 Then go across the street when prompted. Follow Lenny through an alleyway, fighting as you go. 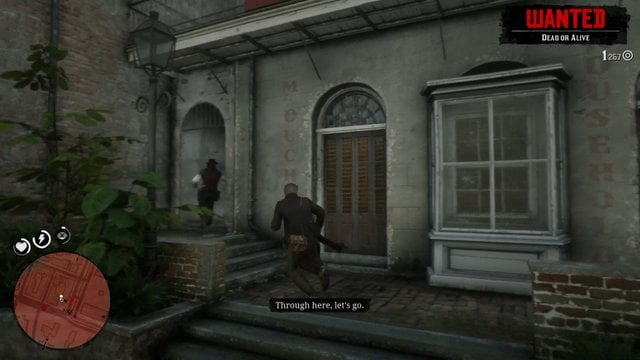 Listen to their hints – shooting where Lenny and Dutch say, and moving when they say as well. Take cover when you can. There’re plenty of wagons and other objects around. 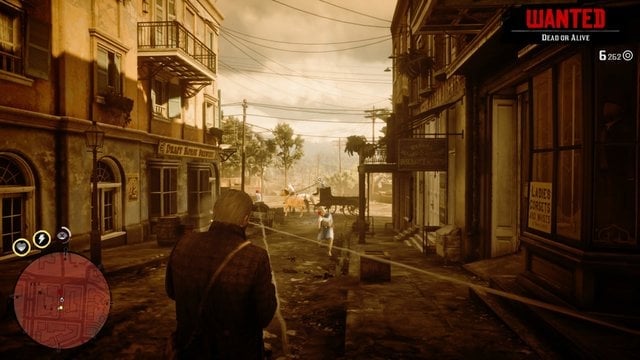 Speaking of wagons, you’ll eventually turn a corner with a wagon on the street. Make sure not to damage it. When you can, jump on the wagon with your friends. 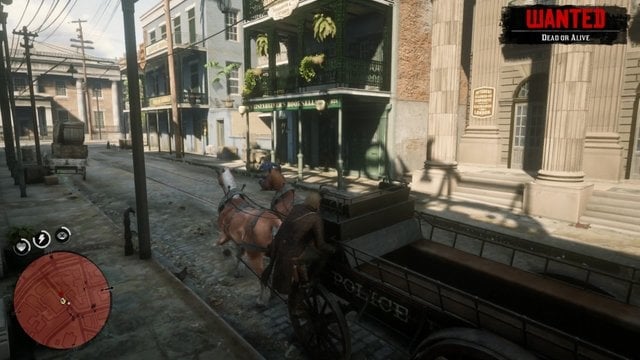 Keep shooting as you make your way out of town. Eventually, you’ll make it to a bridge, but it’s completely blocked. Keep your eyes forward. 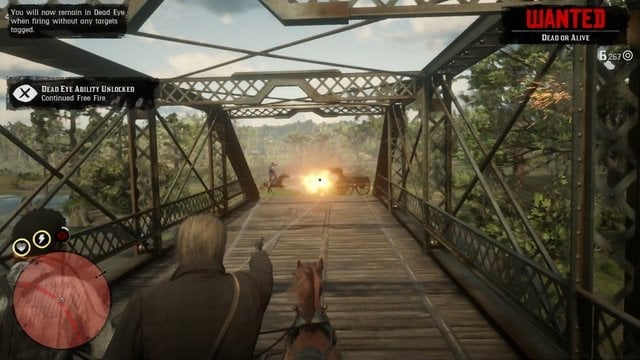 Shoot the stick of dynamite Lenny throws if you can, but if not, it will clear the way for you regardless. Once you make it past this point, you’ll be in the clear… for now. Technically, you’ve still amassed quite a large bounty. 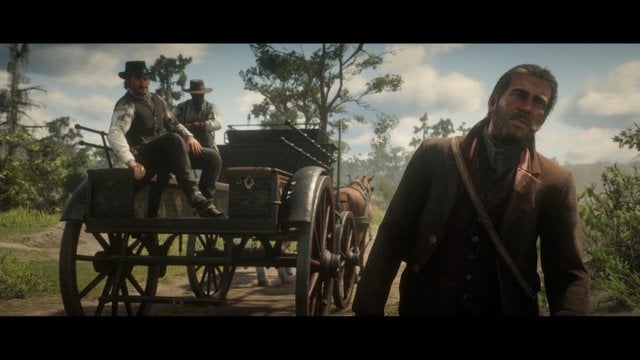 Sadly, the loot you’ve got wouldn’t even put a tent in the bounty you accrued – about $15. This marks the end of the mission.