Resident Evil 3 How to Unlock the Infinite Rocket Launcher

A guide detailing how to exploit the point system on your first play through and have enough points waiting for you to unlock the infinite rocket launcher once you beat the game for the first time.

How to Unlock the Infinite Rocket Launcher

Make sure you play the game on Assisted or Standard to make zombies a lot less spongy. You want them to go down fast and hard even when using the hand gun because those kills are the most frustratingly boring to obtain.

Make sure to rack up as many handgun kills with Jill when you first start playing the game, only use the handgun if at all possible for all of your basic zombie kills. You can easily rack up about 30 zombie kills before even controlling Carlos for the first time in the R.P.D.

Once you switch to Carlos make sure to horde as many Handgun bullets as possible and rack up as many Handgun kills as you can while the killing is easy. You can easily attain another 20 zombie kills in the R.P.D. with Carlos putting your total somewhere around 50 – 60 Handgun Kills out of 200 by the time you even reach the hospital. Don’t forget to grab the scope attachment for the Assault Rifle in the white case in the office area across from the armoury room.

Once you start playing as Carlos for the second time in the Hospital area make sure you use flash grenades to slink past Hunter Betas and avoid shooting them or using hand grenades on them at all costs. Make sure you grab the grip attachment found in the courtyard (jump out the first window you see on the 2nd floor to access it) and use the combination of 9 left, 3 right on the safe in the waiting room on the 2nd floor to get the clip extension for the Assault Rifle… it will make your life a lot easier with all these upgrades.

There are three Hand Grenades inside the Hospital so don’t pass up on grabbing them. You’ll need them to kill the Hunter Beta’s during the horde rush section with Carlos as well as saving one to rack up your 2000 kills. You can find a Hand Grenade in a locker somewhere in the Hospital as well as 2 inside of a supply case behind the Operating Room door on the first floor that’s locked with Dr. Bards key card. Make sure to load up on Assault Rifle ammo as well but you’re given a lot during the horde rush so you should be alright with around 300 AR bullets.

After you give Jill the Vaccine hard save your game at a typewriter in the recovery room and walk out the double doors to engage in a horde fight. 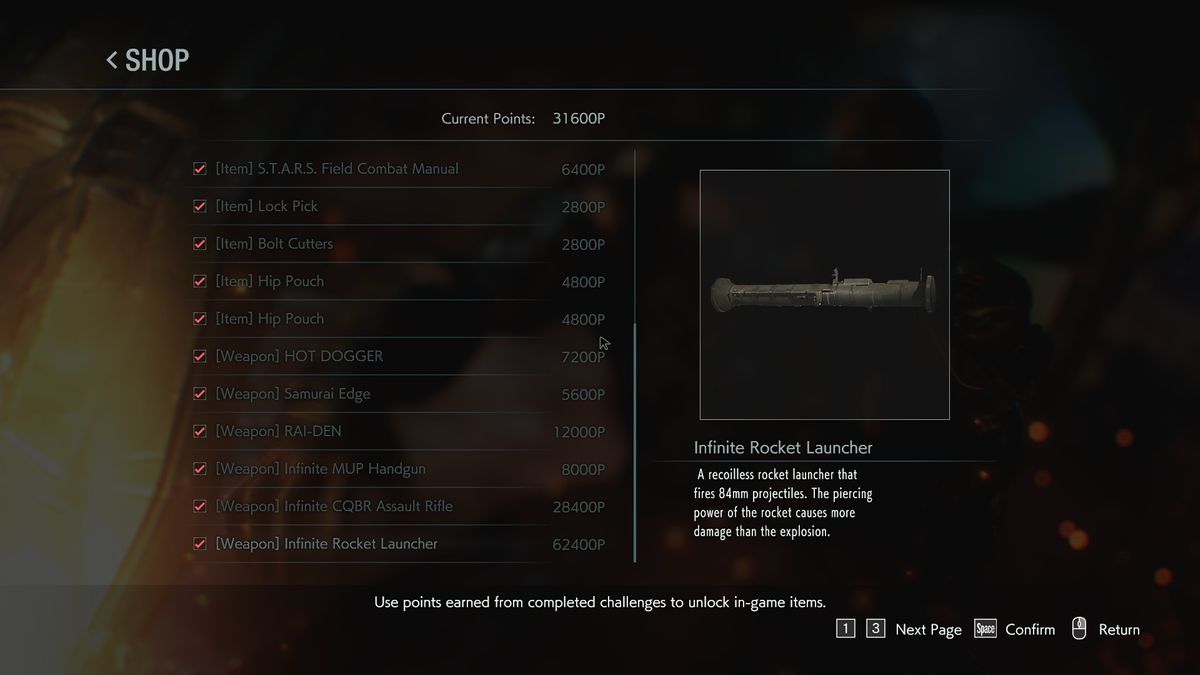 The Infinite Rocket Launcher can not be purchased until you’ve finished the game on any difficulty, doesn’t matter which one.

Using any kinds of cheats does not lower your rank, so it’s important you get this one first to make your life easier for racking up other types of kills. It will allow you to breeze through the game up until the point where you get other weapons like the Shotgun, Magnum and Grenade Launcher and just use those weapons to mop up the rest of the points to buy other goodies.

In order to afford the Infinite Launcher you need 62,400 points.

On top of beating the game and doing other objectives throughout the game, you’ll easily rack up enough to buy the improved dodge book as well (which I would highly recommend purchasing)

Any way, enjoy. The save reloading method can be used for other weapon kills as well, preferably at the part where Jill has to find all 3 fuses because you fight a load of enemies in the lab and they’re all easily killed with stronger guns like the Shotgun, Magnum and G. Launcher so have at it.

Hope this helped. Up vote if it did.

Here’s the kind of damage you can do once you unlock it: 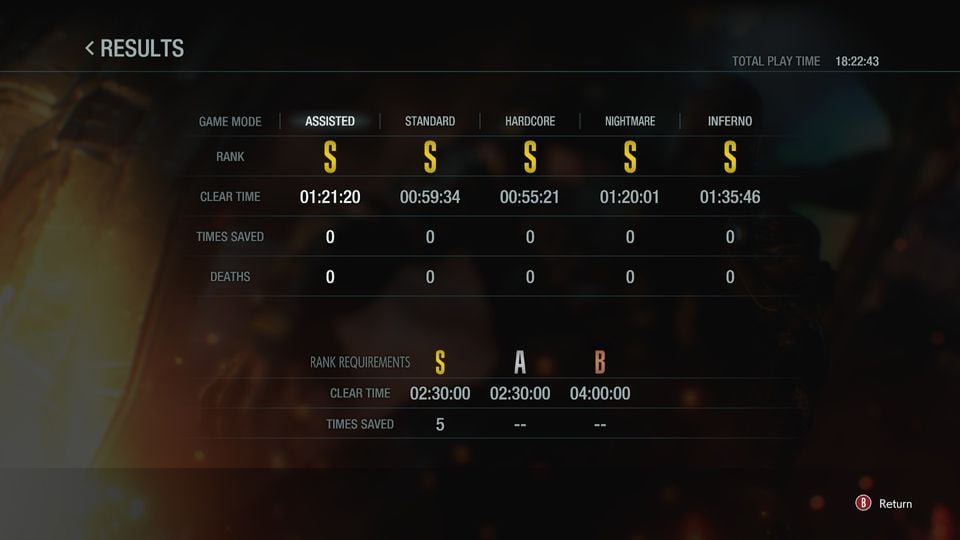