A collection of maps for finding missed locked chests and the skill level needed to unlock them.

I should warn you that this guide is rough, really rough it was just something I quickly threw together as I played through the game. Also the initial unlocked and easy chests from Caldera, Tacarigua and the Sword coast are missing because I didn’t get the idea to make my own maps until I had nearly finished the Sword coast. I may go back and add then later but for now they’re missing and I know they’re missing.

Also a few notes about how I noted my maps
Usually all chests are marked in number order as are the monkey points i.e. 1,2,3, M1, M2, M3. However if a monkey point is in the same area as a chest I’ve marked it the other way around i.e. 1M. I also have not marked unlocked chests if they are in the same area as other locked chests or in an obvious place.

I know that most of the descriptions are useless however having just the numbers and nothing else looked awful so i added them no matter how little they help.

In a few places I mentioned getting the treasure maps as that will also give you the island map, I don’t know if that happened in my game because I was using the unoffical patch or not but if it is I also mentioned where the normal map is.

A couple of times I also marked where I use the monkey to get loot when climbing this is because when I tried to grab the ledge as the hero he wouldn’t grab it but the monkey did.

I hope I managed to find all of the chests but with no other guide to check for reference I may have missed some. 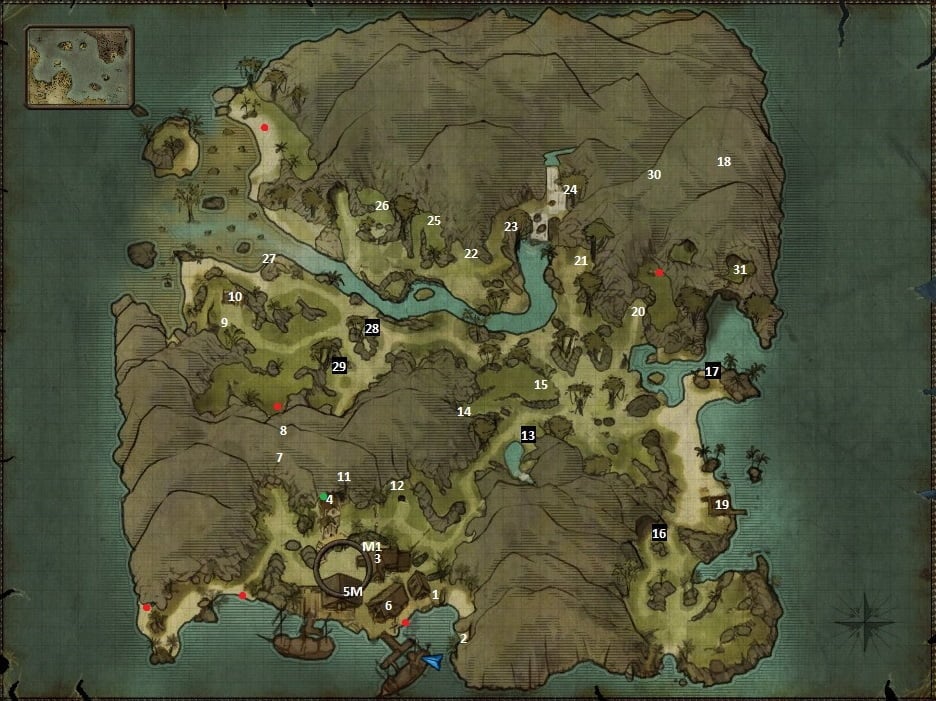 Map
Get map from captains house. It’s located up stairs on a table. 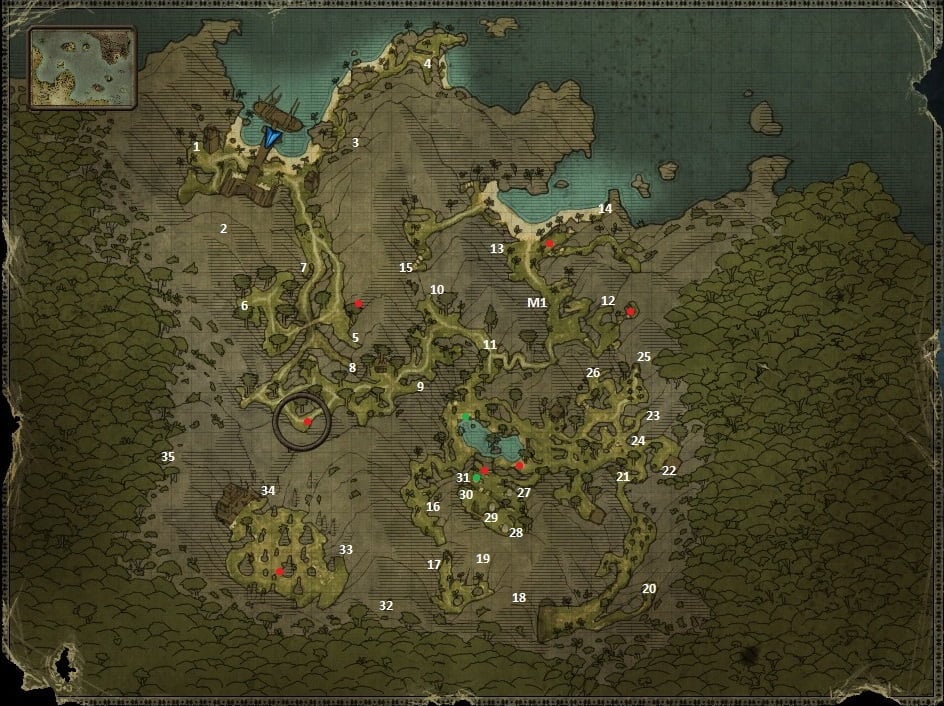 Map
To get the map follow path south from beach. At the bones go southwest. When you hit the cliff just go east and follow the path until you get to the battleground. Now go south until you get to the native’s camp at the lake. Talk to Hanu to get a quest to kill an alligator. Kill it to get a map of the area and a treasure map.
If you don’t want to fight the alligator then follow the path around the lake to the left untill you see torches leading up. Follow them to get to the village. Corrientes is in the hut in front of you. You can also get a map from him. 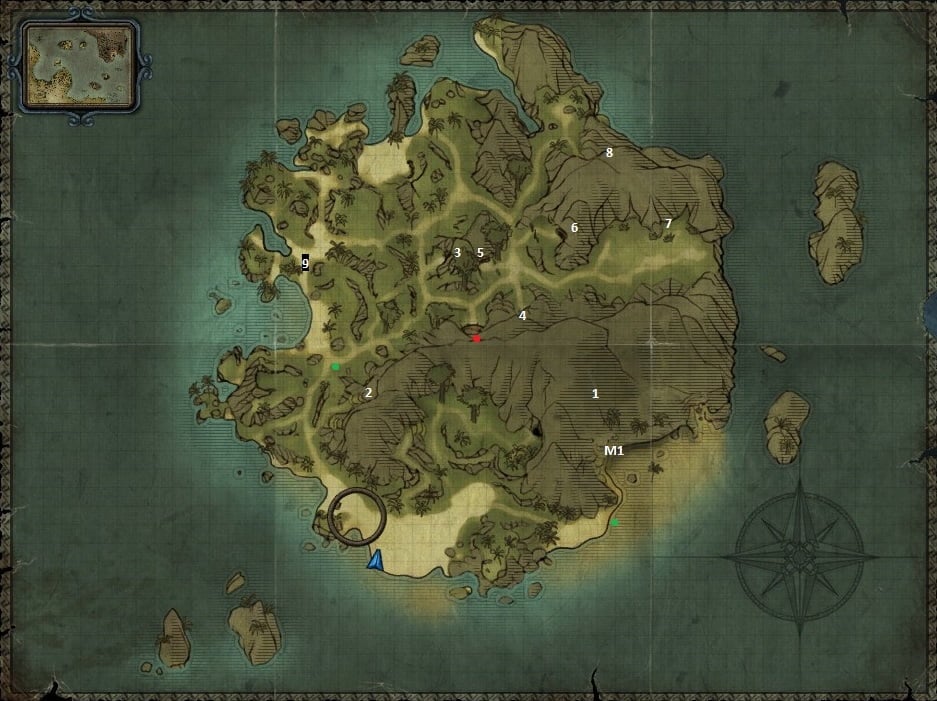 Map Chest containing map of isle found by following path from beach north, you’ll also pass this when following a new friend after your cave adventures
Another one can be found in a message in a bottle on the beach after leaving cave

Isle of the Dead 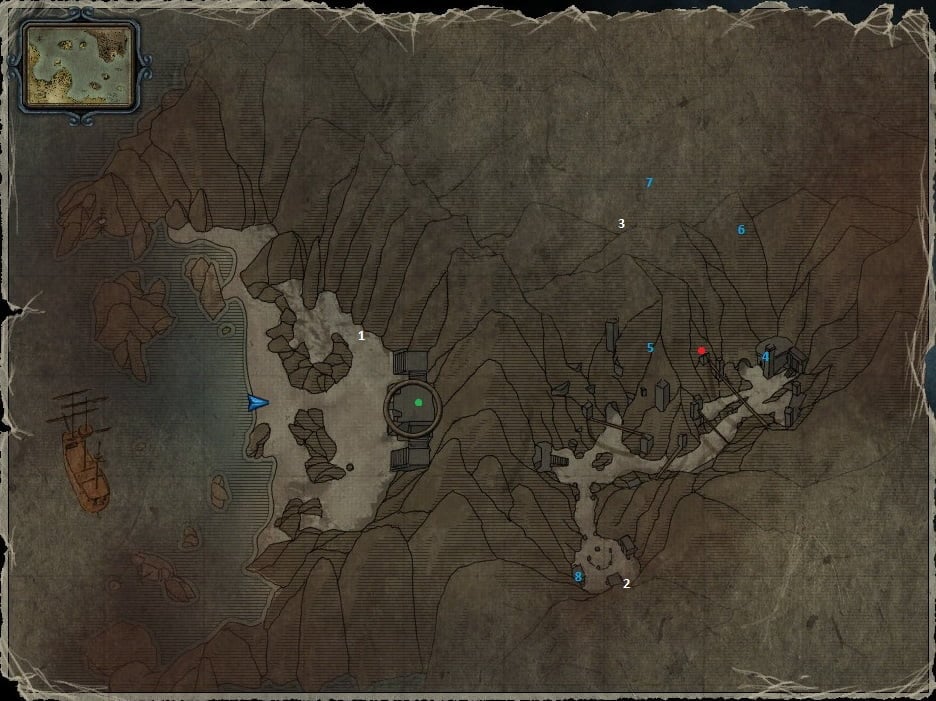 Map
Go to the temple and talk to Tao. He will give you a map 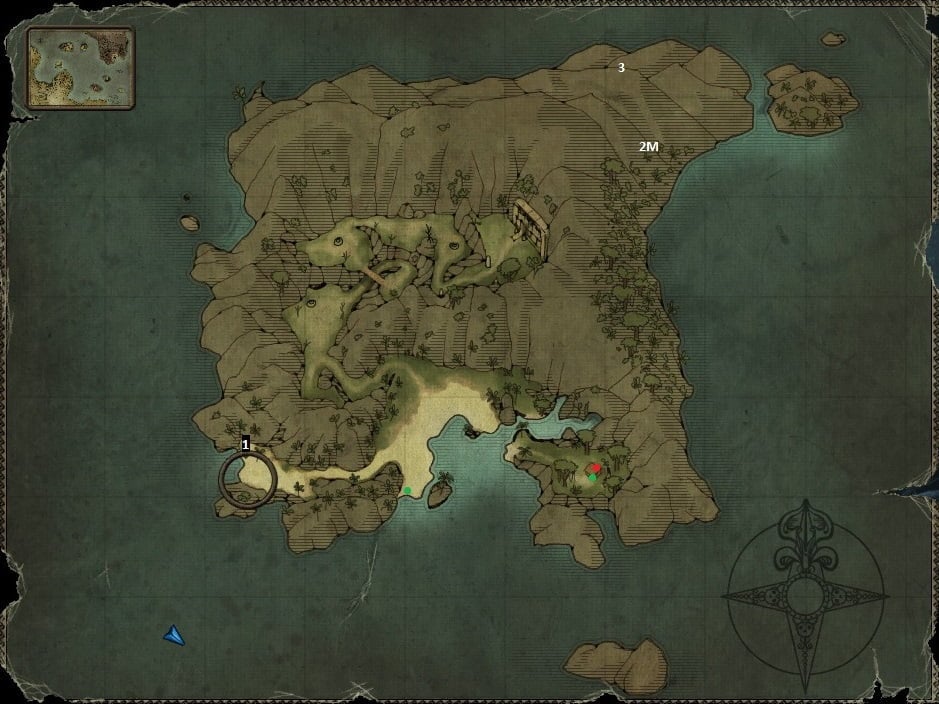 Map
Walk along the beach and after the narrow pass turn right, you can get it from the treasure map in the message in a bottle. Guarded by a few soggy sailers.
The actual island map can be found after getting to where the beach opens up going northeast where someone is fighting bugs. From there follow the beach, cross the water and go up the hill to the hut. The map is on a barrel next to it. 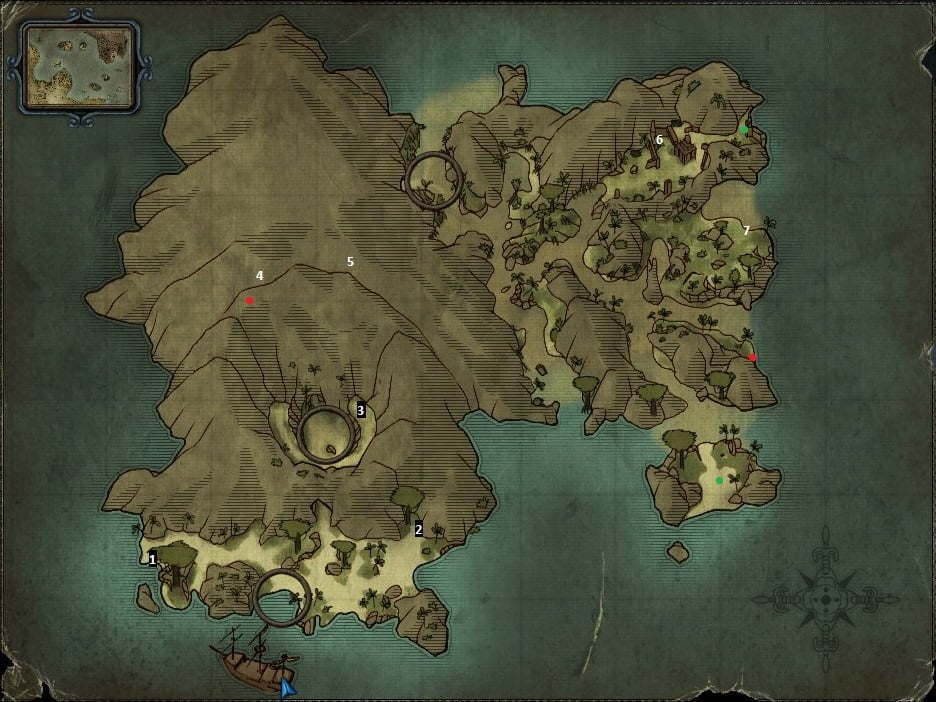 Only one chest here and no map. not that it is needed.