Risk of Rain 2 How to Unlock All Locked Playable Characters

Myriad survivors, items, enemies, and bosses return to Risk 2, and many new ones are joining the fight. Brand new survivors like the Artificer and MUL-T debut alongside classic survivors such as the Engineer, Huntress, and–of course–the Commando. With over 75 items to unlock and exploit, each run will keep you cleverly strategizing your way out of sticky situations.

How to Unlock All Characters

Complete the achievement Pause by spending 10 Lunar Coins at the Bizarre Between Time to release the character from suspension.

Lunar Coins are a persistent (not lost on death) currency dropped at random by enemies and the Bizarre is accessed either by a random blue portal spawn or by spending a Lunar Coin at a Newt Statue. Once inside the Bizarre spend the 10 coins at the crystal beside the Newt that contains the character.

If spawning the blue portal through statue interaction rather than random chance you must have at least 11 Lunar Coins (1 to spawn the portal, and 10 to unlock the character).

Complete the True Respite achievement by obliterating yourself at the Obelisk.

To complete this achievement you must clear stages until you reach your beginning again in order to spawn the celestial portal in a single run. You must effectively beat the game.

To do this simply continue to clear stages without dying until you return to your first map, whereupon celestial portals will begin to spawn. Go through a celestial portal and drop down the jump puzzle until you reach a large obelisk. Interact with the obelisk to eradicate yourself and end your run, “beating” the game and unlocking the character.

If unsure which portal to use, the portal will be announced in the ingame chat as a celestial portal, and looks like a white portal compared to its vibrantly blue portal counterpart which leads to the Bizarre.

The Engineer character will unlock for you after you have cleared 30 areas. These do not have to be done in one life. Instead, you will be able to spread it out across multiple games! This is good news, as I cannot fathom being able to last for 30 different areas in Risk of Rain 2!

The good news is, that while it seems like a bit of a grind, areas go by surprisingly fast, especially if you have an efficient team. Just run around the areas killing enemies and getting gold. Open crates that contain new items, then fire up the Teleporter! Fight the boss and use the teleporter and you will be on step closer to the Engineer! You can also unlock other characters along the way, which is nice!

To get the Mage character, you will need to spawn the Lunar Portal by finding the weird blue rock that will be hidden in the stage. It is important to do this only after you have 11 Lunar Coins. You will need to a bit lucky on that front, as the coins drop randomly from defeated enemies. There seems to be one of these unusual rocks hidden in every stage, so no need to worry too much if you don’t have the coins, but do find one. There will certainly be more of them during your run.

You will need to give one coin to the rock to spawn the Blue Orb, then find the teleporter and beat the boss. Once the boss has been defeated, do not use the teleporter. Instead, use the blue Lunar Portal that spawns to go for a trip to the Bazaar Between Realms. Give the strange blue vendor there 10 Lunar Coins, and you will unlock the Mage character, freeing him from whatever trap he appears to have been snared in.

The first character to unlock is the Huntress, and she is quite easy to obtain.

To get her, you need to unlock the achievement “Warrior” which unlocks after reaching and completing the third teleporter event without dying. A hard task, but not an impossible one – just be sure to scavenge for a lot of items, and you should be fine.

Once Huntress is unlocked, you will be able to pick her on your next playthrough. She is an agile fighter that can teleport using her Blink ability and lock onto enemies with her attacks, making her an ideal character for new players.

Her ultimate is also perfect when against hordes of enemies or standstill bosses, as she fires down a hail of arrows in a single spot that can deal a ton of damage.

To get access to his impressive arsenal, you need to go about unlocking the “Verified” achievement that can be found in-game. This will have you beat the first level’s teleport boss five different times in five different games, so prepare to play a lot of matches.

Once you do that, MUL-T will be added to your roster for the next game you play. Be sure to make the most of his two different weapon types and his ability to go around the map in lightning speed to survey the landscape and find those teleporters as quickly as possible.

The first step is to take the Fuel Array located at the back of the drop pod that you land inside of. It’s got a highlighted square that you can interact with displaying the Fuel Array. The Fuel Array takes the place of your equipment slot. It also causes you to explode if you take to high a damage percentage or get to low on health.

WARNING: Do not use the Sacrificing Shrine you will end up as minced meat. 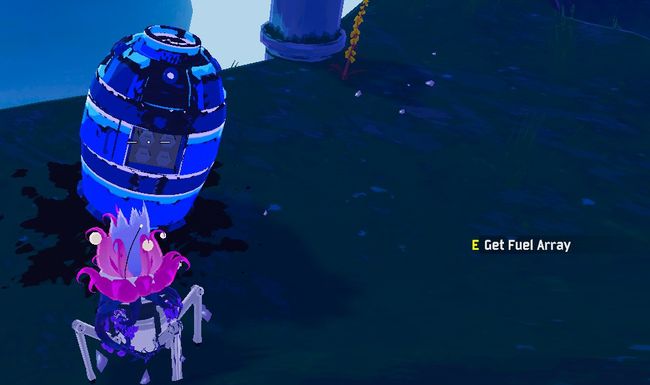 You are able to find REX on the upper levels of the Abyssal Depths (Zone 4).
You will have to take the jump pads to the upper level and then you will find a robot covered in overgrowth. If you have the Fuel Array you are able to interact with him. This will unlock the achievement and make him a playable Survivor. 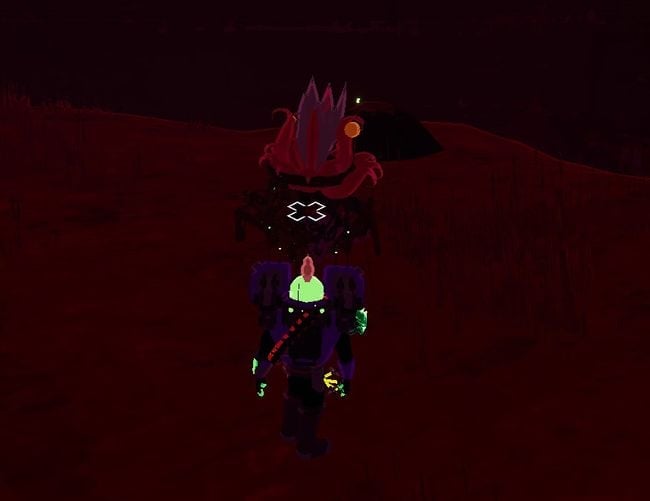