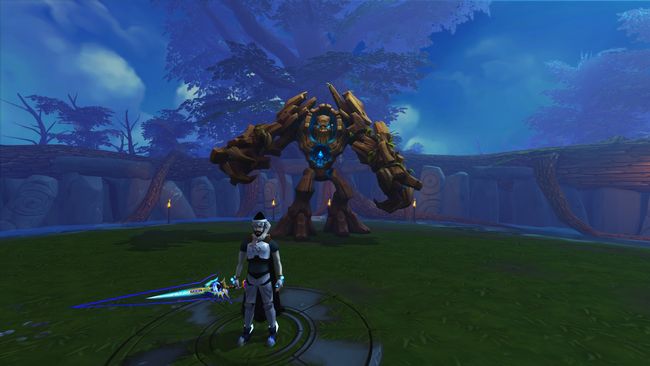 Money is key to everything in RuneScape, from buying armour to trading with other players. In this guide, we cover some quick methods of getting money as a new player in RuneScape.

How to Make Money

Money can be used to buy so many items available in RuneScape – items used for combat, training skills, or just to look cool and fashionable. So, how can you make money while you’re still finding your footing?

Items can be sold to shops, or other players, but it is recommended to make your way to the Grand Exchange in Varrock and sell your hard-earned loot there to get maximum profit.

Picking potatoes is an easy way to start building up your cash pile as you start the game. This method just involves collecting – simple as picking potatoes, banking them, and selling them! There are many potato fields around RuneScape, but the best one to start with is just north of the Lumbridge cow pen. Pick potatoes until your inventory is full, run to a bank, bank them, rinse and repeat.

Another good method while starting out is shearing sheep. Shears are needed for this method, which can then be used on sheep to give you wool. The sheep pen in Taverley, and nearby bank in Burthorpe, is a great location for this method. You can also choose to spin your wool at a spinning wheel, turning them into balls of wool, to increase your profit and train your Crafting skill at the same time.

Mining ores are a core way to earn money, whatever stage you’re at in the game, with tons of ores to choose from. As you level up your Mining skill, this will allow you to mine even more expensive ores for more profit. Starting out, you can mine copper ore, or clay, then iron ore, working your way up to adamantite ore, and finally, runite ore. Upgrading your pickaxe when possible will also help you gather maximum ores for more money.

At lower combat levels, it’s good to start off by killing chickens. Chickens can be found on farms all over Gielinor, where they drop raw chicken and feathers, as well as laying eggs in various spawn points.

Once you’ve reached around level 10 combat, you can try moving on to killing cows. Cows drop raw beef, cowhide, and bones. All of these drops can be sold to earn a pretty penny early on in the game – make sure to keep an eye out for any drops left behind from your fellow ‘scapers too!

At slightly higher combat levels, killing adolescent white wolves is a good way to increase your profit-making. These wolves can be found on the eastern side of White Wolf Mountain, where they drop wolf bones and wolf meat. Once your inventory is full, you can quickly bank your loot at the nearby Taverley bank.

Lastly, if you’ve reached a mid-high combat level, killing spellwisps is the way to go. Spellwisps are magical creatures that live just by the Wizards’ Tower, and commonly drop a wide range of magic-themed loot, as well as guaranteed (and valuable) impious ashes. Their magic loot drops vary from all sorts of runes, to full wizard robes, to talismans.

As you level up your combat, you’re going to want to fight harder monsters to gain more expensive loot. Killing bosses and training Slayer are arguably the best ways to earn money in RuneScape.

None of these tickle your fancy? Or do you need something higher-levelled? Don’t worry about it. There’s a dozen ways to make money in RuneScape, and it’s not just limited to the methods above, or even the methods that a lot of people know. Almost anything can generate money, from mining and selling ores to spending all your time killing goblins.

We’ve got a comprehensive list of viable money making guides over at the RuneScape Wiki, where you can also find more information about anything else you may need to know about RuneScape.