How to break economy so you can buy Zom Zom’s last few costumes and emotes.

This guide contains unmarked spoilers for the end of the game; viewer discretion is advised. 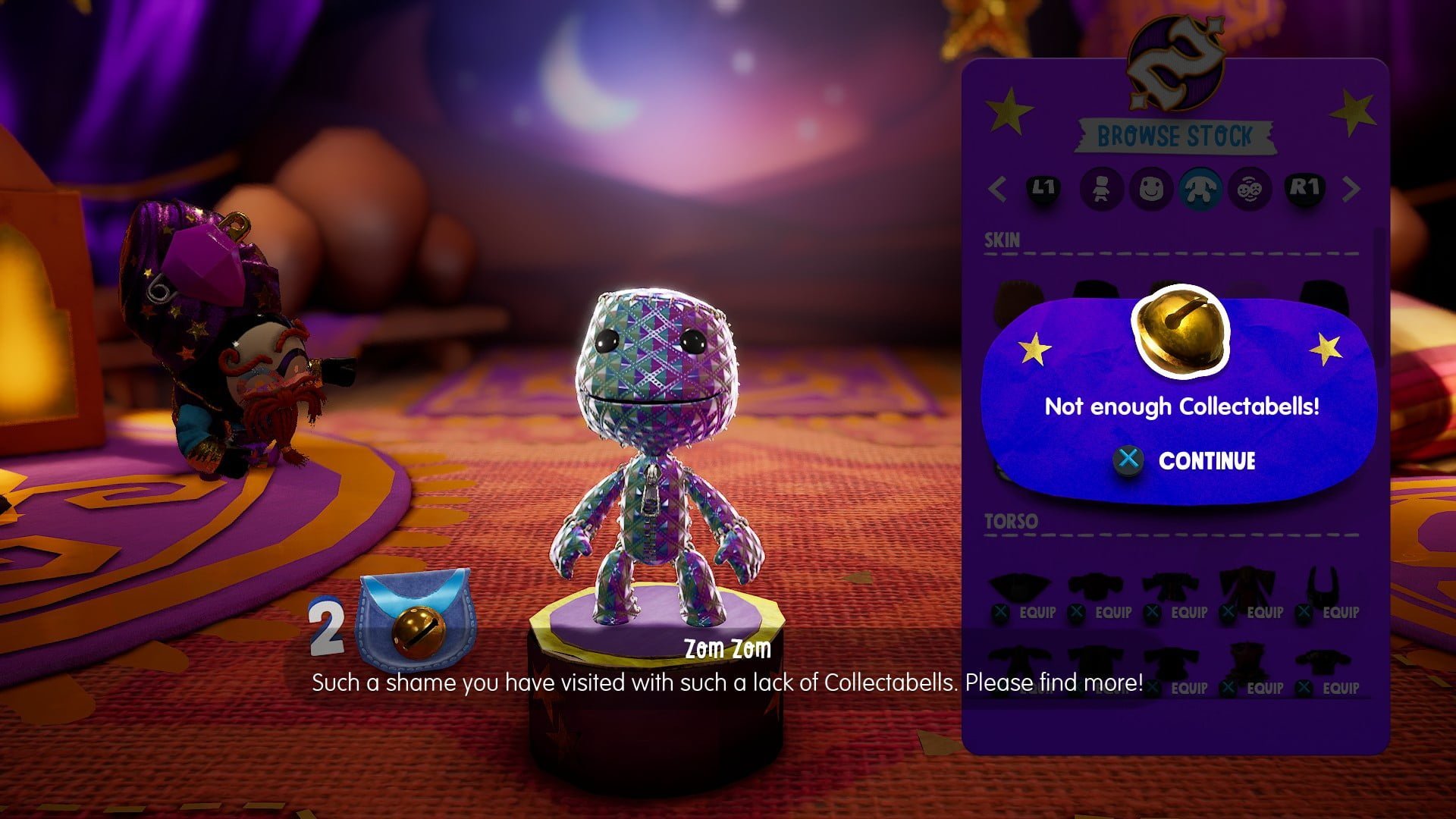 So you’ve destroyed the Topsy Turver and cleared the post-game, but you still don’t have enough Collectabells to buy the remaining items in Zom Zom’s shop. If this situation sounds familiar then you’re not alone. Zom Zom’s costumes cost a lot of Collectabells, to the point where even a full second playthrough on the same save file might not yield enough for the last few items.

At some point, you’re going to have to grind Collectabells if you want everything from Zom Zom’s shop. Luckily you’ve stumbled upon this guide, which will show you a few ways to do just that! 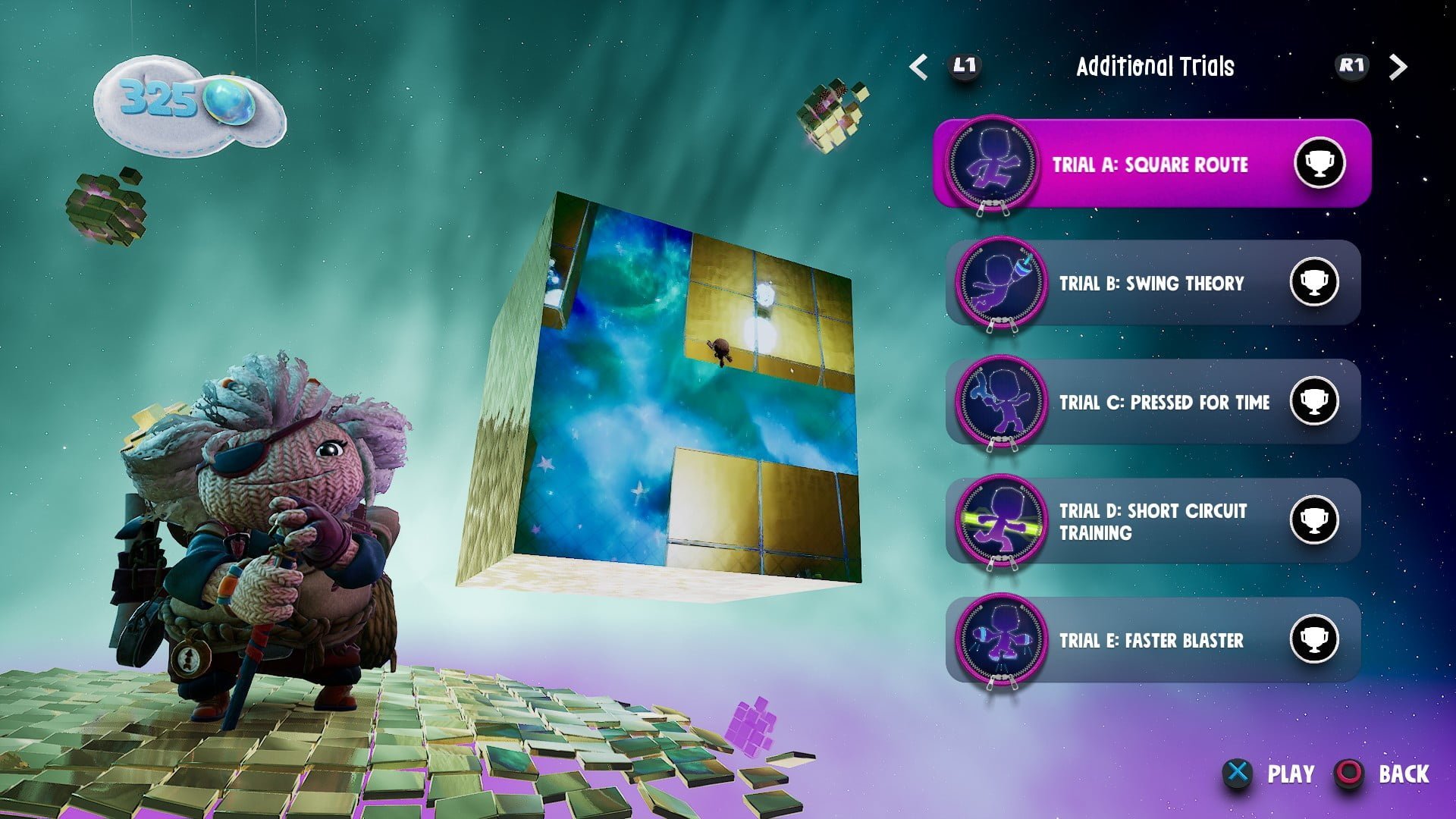 This first method was originally discovered by CookiestMonster, and it takes advantage of the rewards given out by the Additional Trials. Once you get the Knightly Energy in Ready Yeti Go, you’ll unlock the Knitted Knight Trials. On the menu where you select a trial to play, pressing one of the shoulder buttons will bring up a set of Additional Trials; these were initially rolled out through 2021 as part of a speedrunning competition on PlayStation 5, but are now unlocked as soon as you gain access to this menu.

Unlike the normal Knitted Knight Trials from the base game, you don’t get Dreamer Orbs from these. Instead, you get Collectabells based on your time; a bronze time gets you 50 bells, silver nets you 100, and gold awards 250, for a total of 400. You can do this trick with any of the five Additional Trials, but Pressed For Time is the shortest, so that’s what I’m going to use. 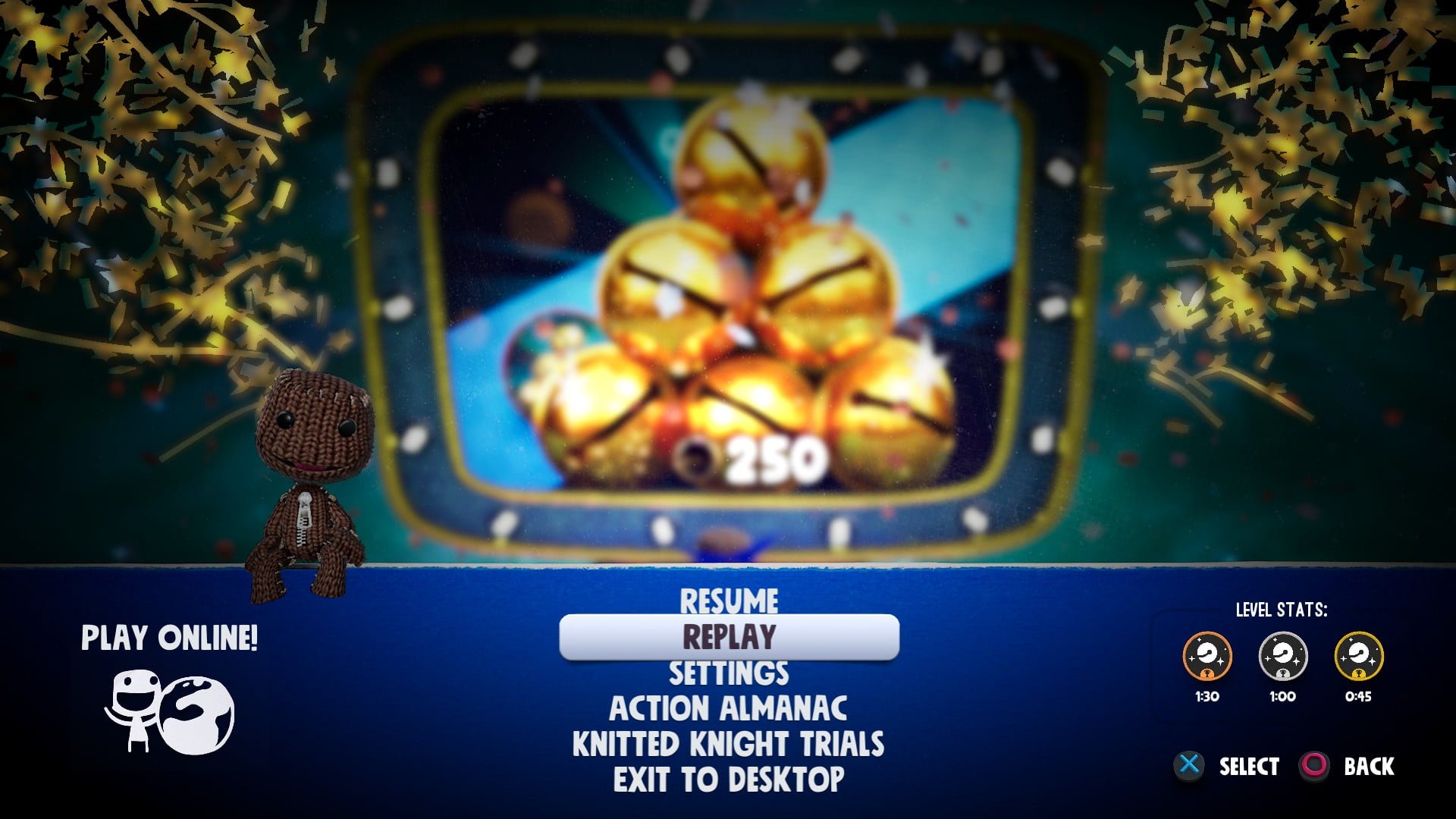 What’s happening is that the Scoreboard awards Collectabells as soon as they appear on the screen, but your time isn’t actually saved until the proper level summary screen (the level badge on a coloured background) fades in. Under normal circumstances, you’re only supposed to unlock each Trial’s rewards once; after you get your first Gold time on any given Trial, you cannot earn the rewards a second time. Reloading the level after we claim our Collectabells but before our time is recorded interrupts the End-of-Level sequence, allowing us to farm Collectabells indefinitely.

This is by far the fastest and most profitable method of farming Collectabells on this guide, but you won’t be able to do it if you’ve already gotten gold on all the Additional Trials. In which case there are a couple more methods available in the Centre of Craftworld. 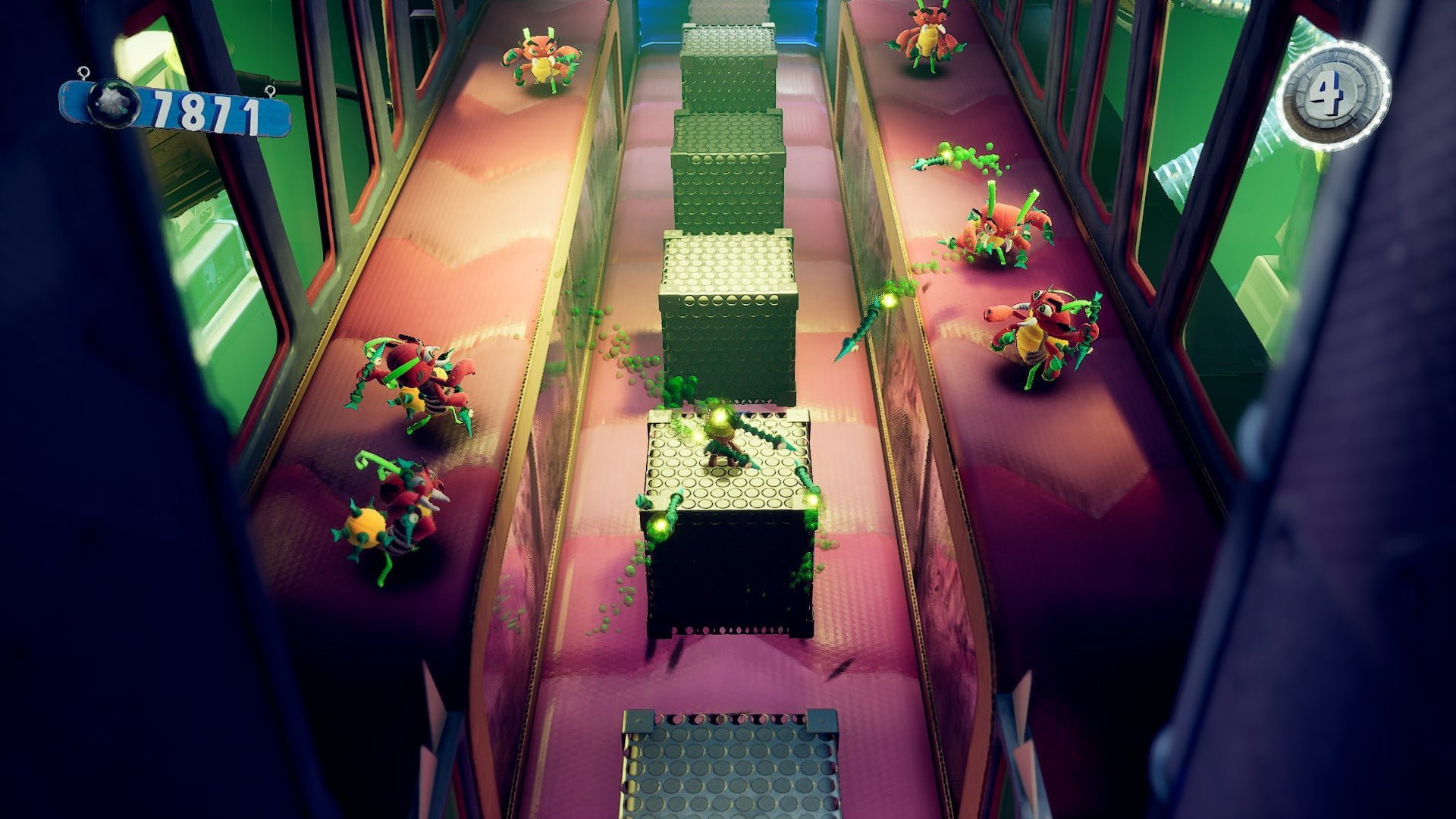 This next method is in Crate Expectations, the fifth level (or sixth, depending on if you count both levels at the fork on the map) in the Centre of Craftworld. This level contains Snipers that throw arrows Sackboy from a distance, but cower in fear when approaching them. More importantly, they drop 3 Collectabells on death, which is handy to know since they start to infinitely spawn on conveyor belts part-way through the level.

In fact, the last section of the level has two conveyor belts, each spawning up to three Snipers at a time. You can probably see where I’m going with this. Pick either of the two conveyors and start killing the Snipers as they spawn; I recommend jumping on their heads, as that kills them instantly. Unless you’re playing in co-op and you have a player on each conveyor, you will have to watch out for the homing arrows coming from the Snipers on the opposite belt, but they’re pretty slow. Even if you do die, I wouldn’t worry about getting a game over, since the game starts spawning extra lives from breakable and defeated enemies if your life count drops below the maximum.

This is probably the slowest method in this guide, and I’d only recommend it in a scenario where you’ve already gotten gold on all the Additional Trials and haven’t defeated Vex yet. But there’s a slightly faster method to be found if you move past this level. 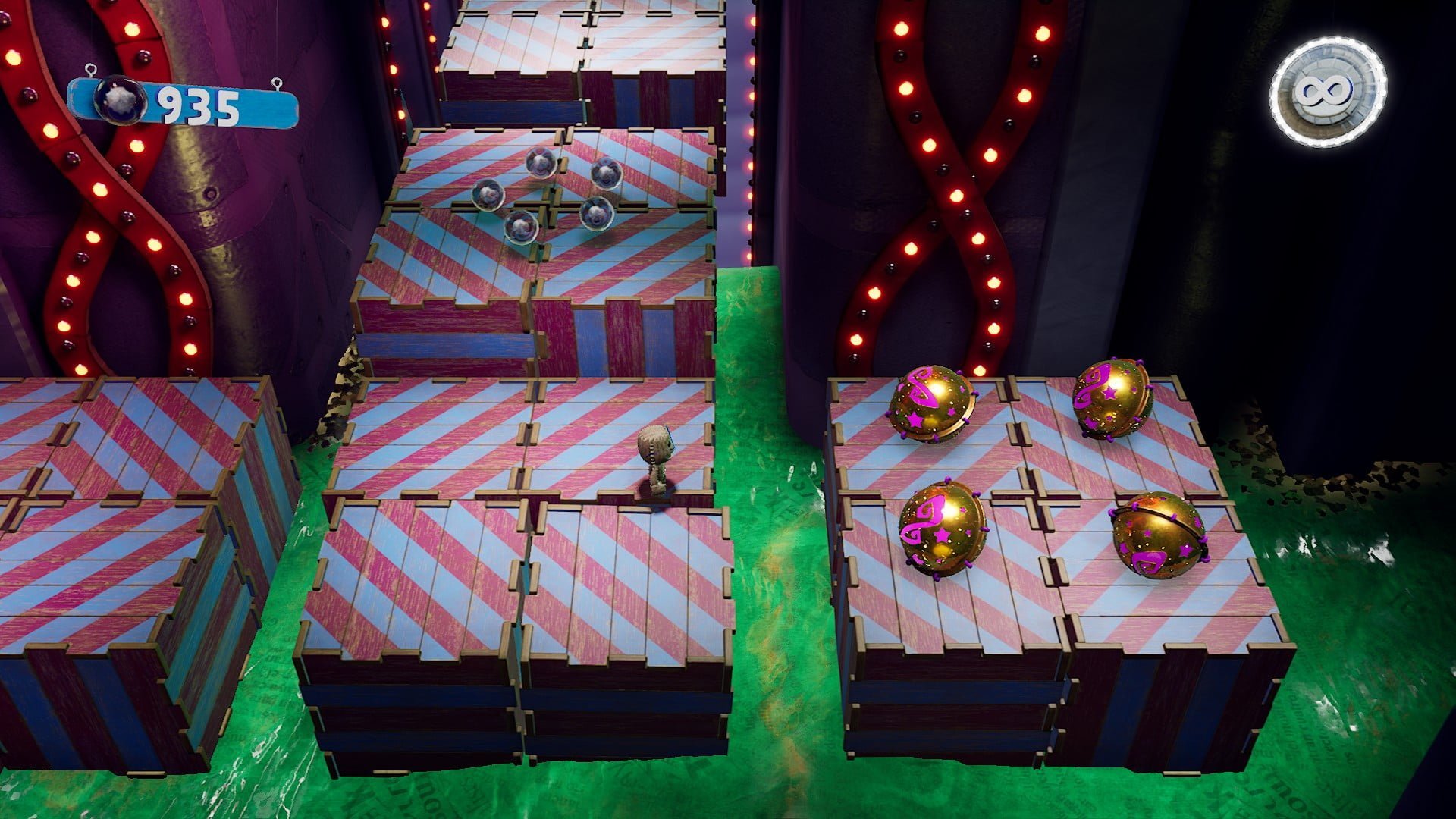 In-between the two phases of the final fight against Vex, there’s a platforming section that takes you through the Topsy Turver. In the bit where you’re platforming across wooden boxes floating on water, there’s a group of four big Collectabells (worth 10 each) on boxes that are quickly destroyed by Vex. Normally this is a trap designed to catch greedy players, but if you’re quick enough you can collect the bells before the ground beneath them is destroyed.

If you then intentionally fall into the drink (or get crushed by one of Vex’s magic hands), all of the crates will respawn, as will the bells you just collected. This is why I said to enable Infinite Lives before entering the level, as otherwise you’d only be able to do this, at most, four times before having to re-fight Vex. With Infinite Lives, you can keep grabbing the Collectabells and respawning them as many times as you like.

I think this guide’s very existence kind of goes to show that Zom Zom’s costumes and emotes are way too overpriced for how short this game is. Hopefully, with this knowledge at your disposal you’ll be able to even out the economy a bit.

With that said, those are all of the tricks that I’m aware of for farming Collectabells. If you know of any others (that don’t involve just spawning them in with commands), let me know and I might add them to this guide in the future.