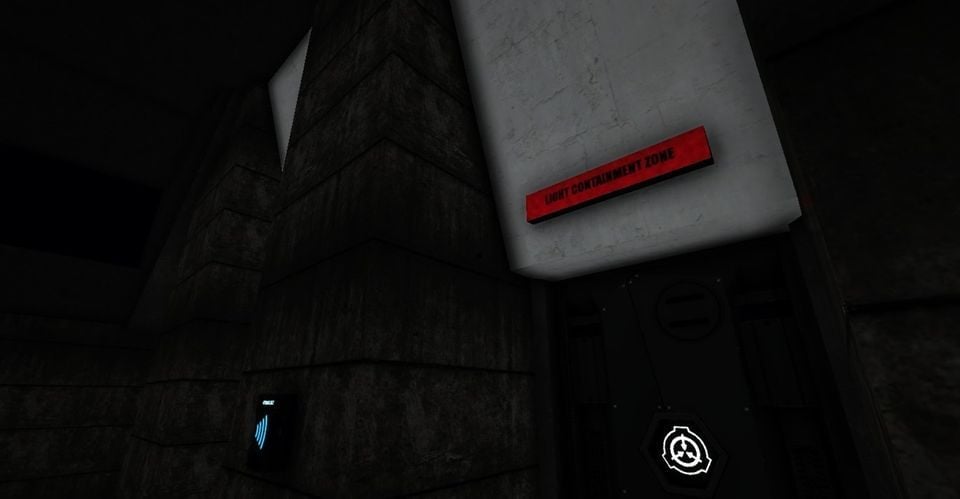 The Light Containment Zone is the deepest part of the facility. It contains 4 SCP containment chambers, and a few other special rooms which will be listed down below

Each room in LCZ has a codename, which is displayed above the door which leads to the room described. Some codenames are also accompanied by a number, but they don’t mean anything (Unless it’s a containment chamber. In this case the number represents the SCP object (with the exception of PT))

The codenames are explained down below:

Some rooms in the LCZ are more important than others, since they can contain items that can aid you in your escape. These rooms will be listed down below.

Computer Room
The computer room is pretty self-explanatory. It contains computers and that’s it
It always contains a Scientist Keycard. 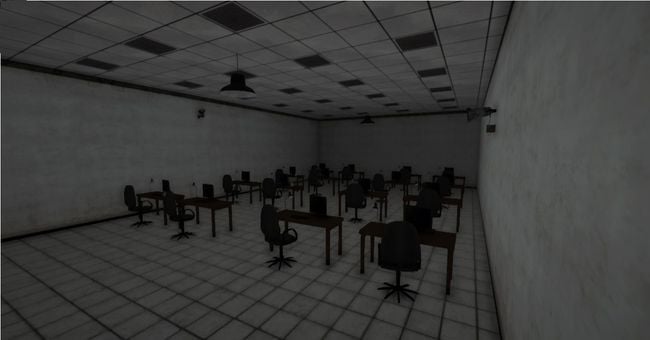 Restroom
This room has a chance to contain a Janitor Keycard or sometimes even a pistol. 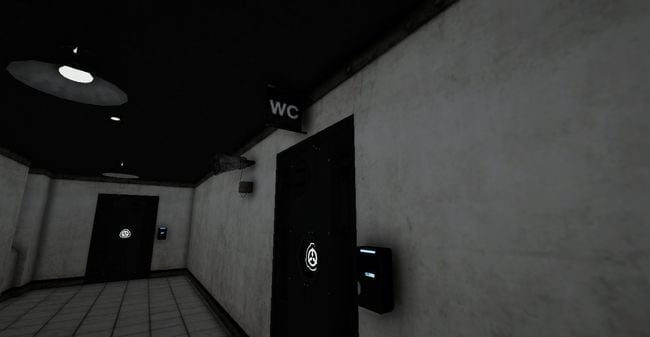 Glass Room
SCP-372’s containment chamber. SCP-372 is not in SCP:SL, however.
This room can contain a lot of things. Inside the glass chamber there can be a pistol. Inside the locker to the right of the entrance a First Aid Kit, a Scientist Keycard, a Research Supervisor Keycard, or a Zone Manager Keycard can spawn there. Sometimes even a flashlight. 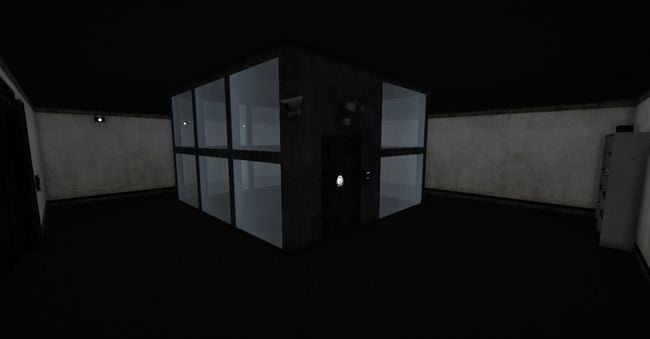 SCP-012’s Containment Chamber
This room contains (or contained) SCP-012. SCP-012 is also not present in SCP:SL. A Research Supervisor Keycard always spawns there. A pistol also has a chance to spawn. 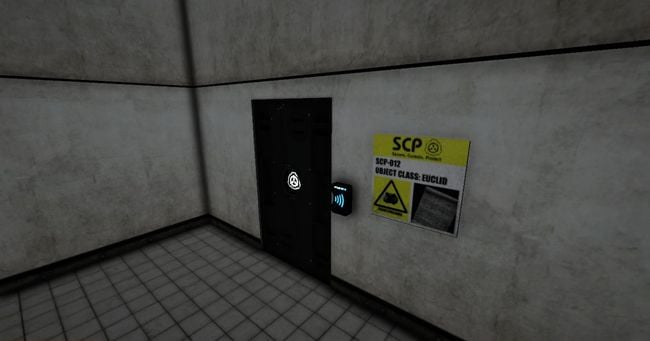 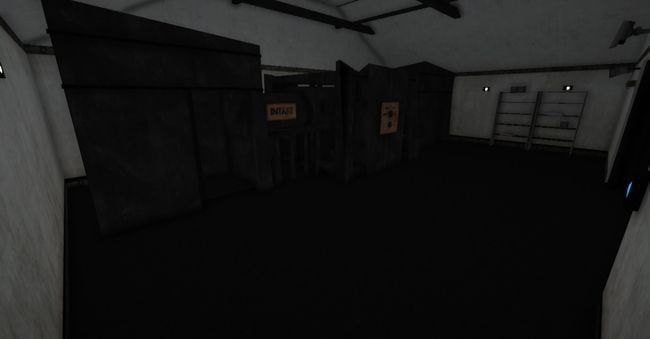 SCP-173’s Containment Chamber
SCP-173 spawns in this room. Alongside the containment chamber there is a control room, in which a pistol can spawn. 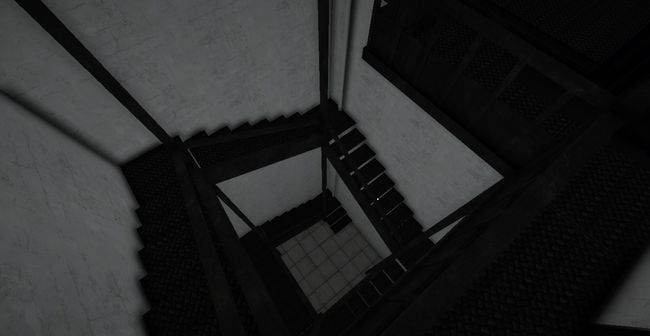 Armory
Once you have a keycard with Light Weaponry Access, you can enter this room. It contains various weapons, two workstations (See Weapons section), ammo, weapon manager tablets and grenade containers. 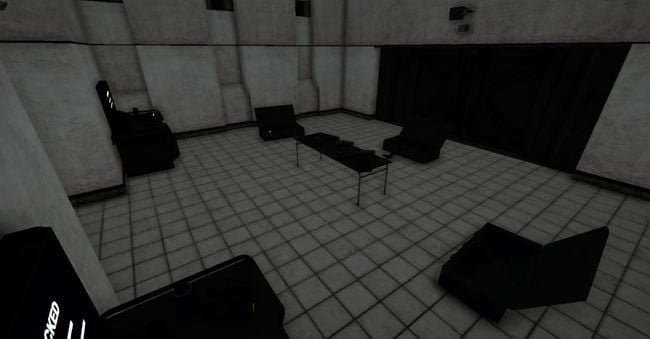 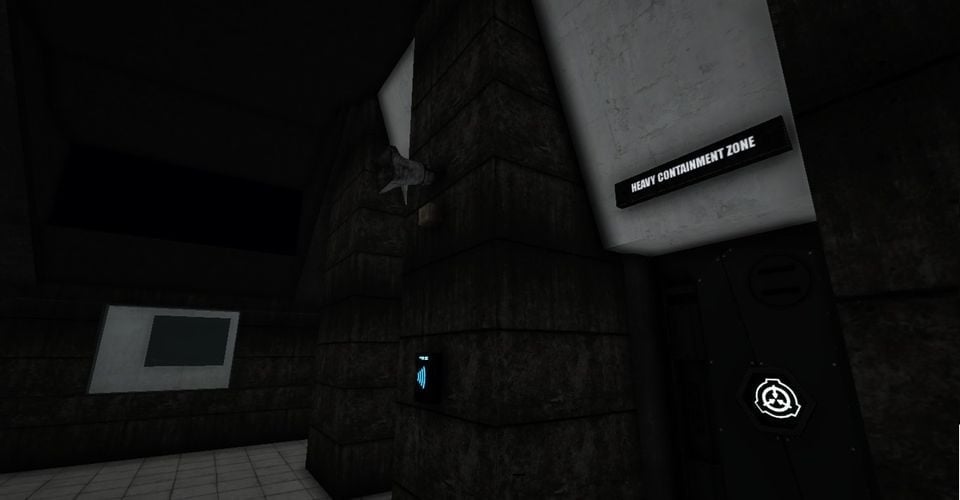 HCZ is the middle part of the facility. It contains most of the game’s SCP objects. Unlike in LCZ, rooms in HCZ do not have codenames.

Elevator Systems A & B
The entrance to LCZ. 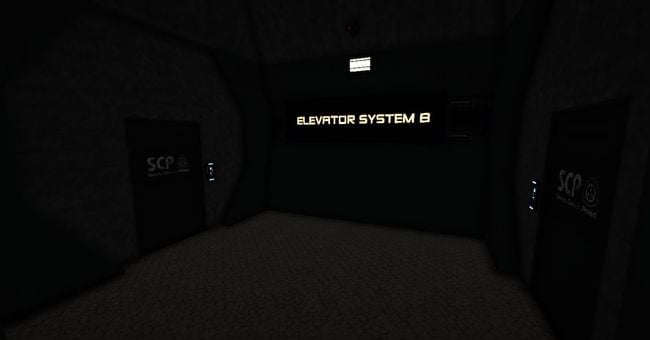 SCP-049 Containment Chamber
The elevator in the picture goes to SCP-049’s containment chamber, in which he spawns. Next to the containment chamber there is an armory for which you need a keycard with Heavy Weaponry access. This armory contains a P90, or an M4 and a workstation. 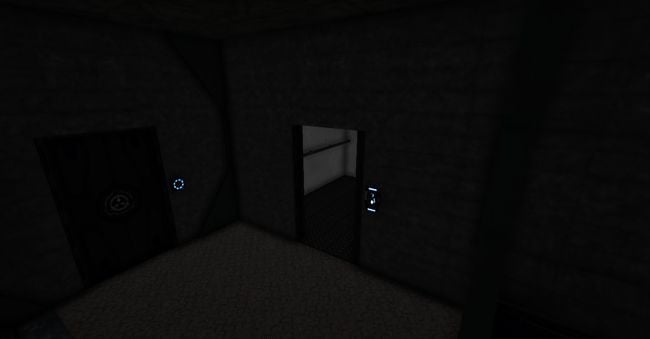 SCP-096 Containment Chamber
Very useful room if you have a keycard with Euclid-Class CC access. An MTF Commander/Lieutenant keycard always spawns there. 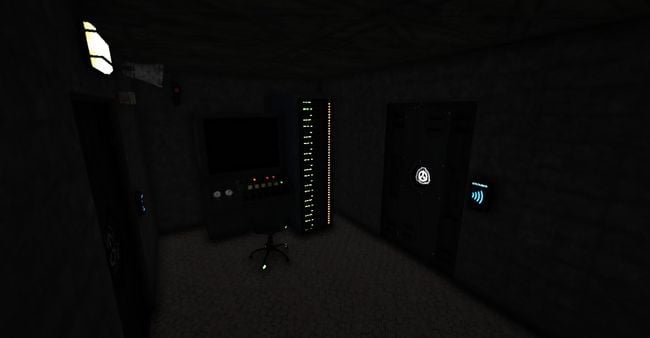 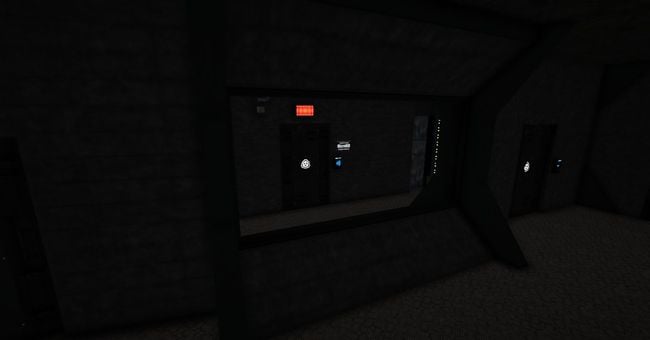 Server Room
A two-floor server room. Behind the servers in the top floor in this picture you can always find an MTF Cadet keycard. 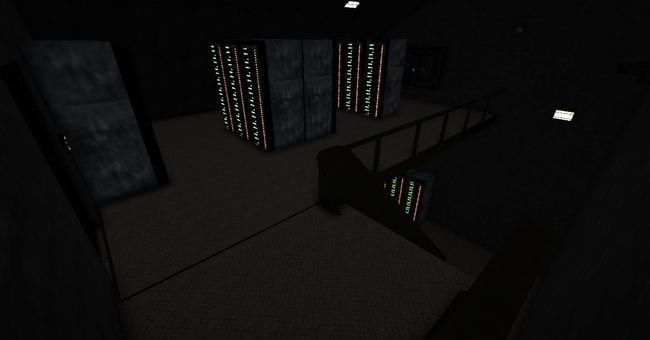 Tesla Gates
There are plenty of such rooms in HCZ. Upon approaching the tesla gate, the tesla charges and bursts after a very short period of time. You need to time your pass correctly to survive.
Doing this with SCP-096 is especially hard due to his slow speed and will probably get you killed if you’re unexperienced. 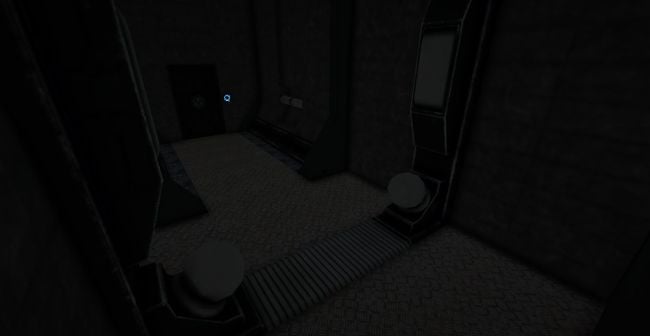 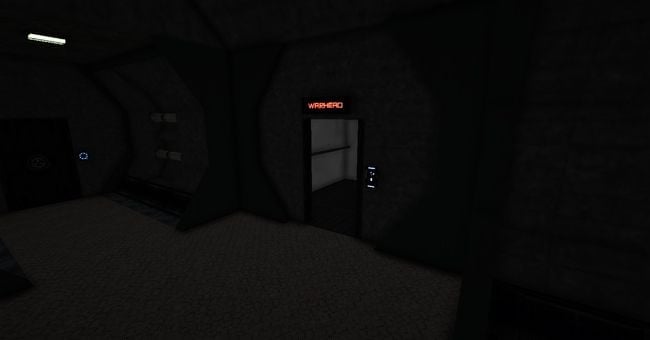 HCZ Armory
The main armory of HCZ. Requires a keycard with Light Weaponry access to open. This armory contains a lot of 5.54mm ammo and a workstation. 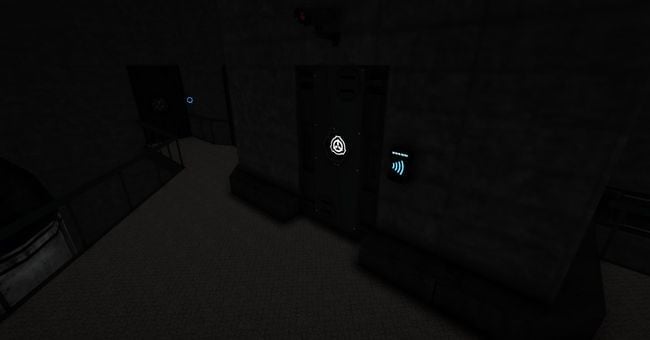 SCP-106 Maintenance Room
Room, in which you can sacrifice someone to contain SCP-106. For further information, see Classes – SCP-106. 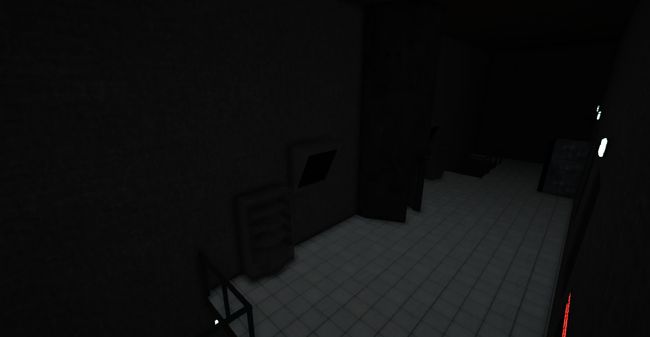 Facility Overcharge
When all 5 generators are active (see SCP-079), the Overcharge process starts. After a minute, the whole facility goes through a short blackout. After the blackout, SCP-079 is recontained. 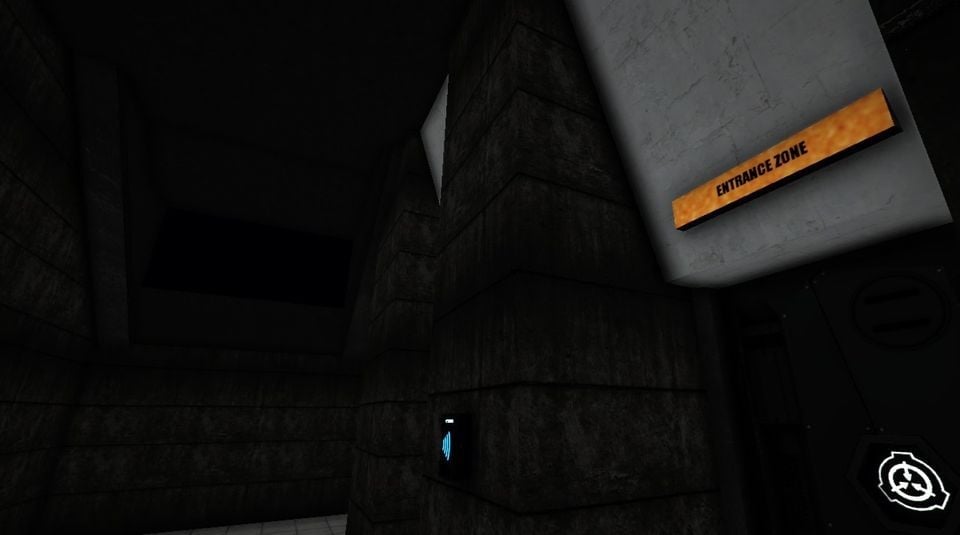 Intercom
The most famous room in SCP:SL. You can broadcast anything you want in here from normal info to USSR Anthem (Earrape Version) 10 hours. 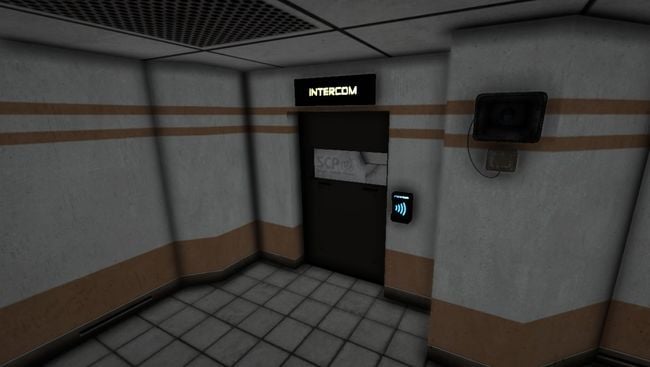 Locker Room
Self-explanatory. In the lockers you can find various keycards, ranging from Research Supervisor all the way to MTF Commander. 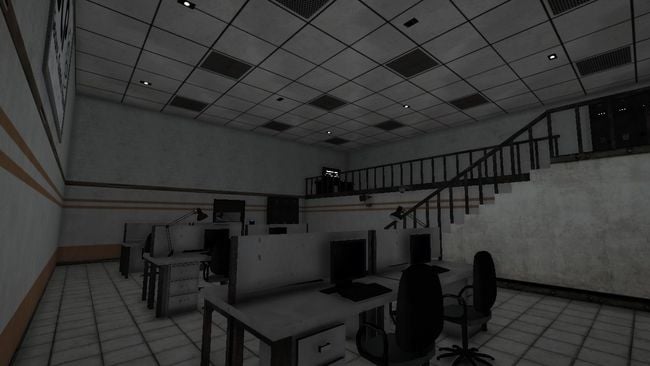 Gate A
Facility Exit. C.I. units will most likely come through this gate into the facility. 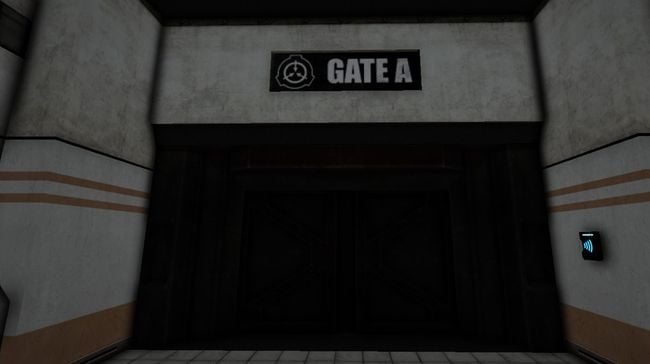 Gate B
Facility Exit. MTF units will most likely come through this gate into the facility. 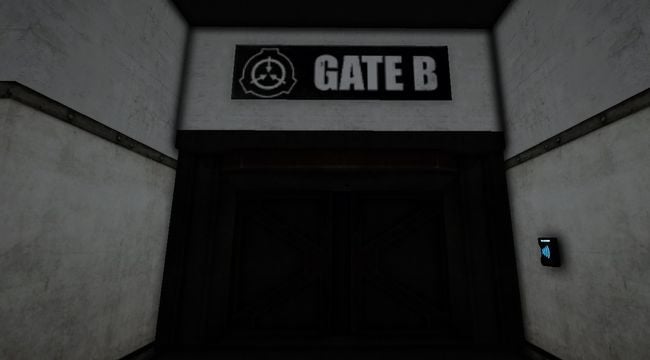 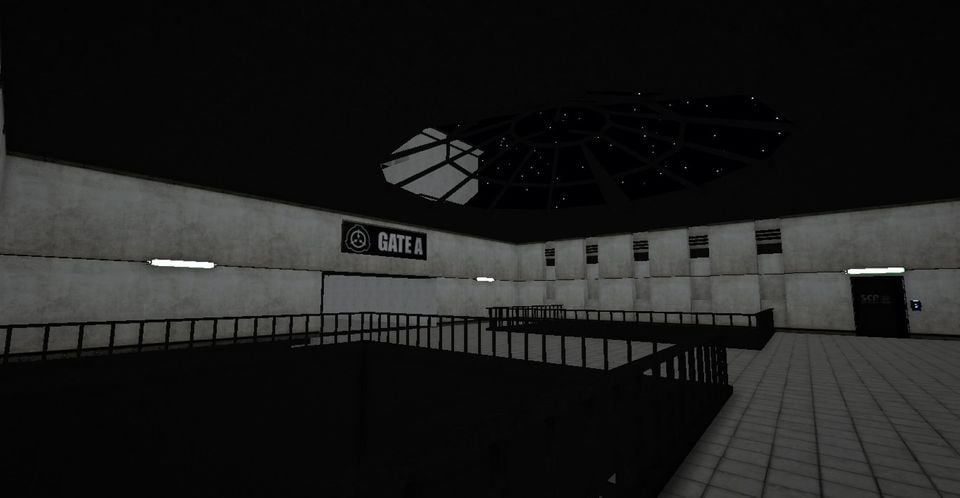 The name is pretty self-explanatory. The surface zone leads to elevators to Gate B & A, facility entrances.

Alpha Warhead Control Room
The room used to activate the Alpha Warhead. Requires a keycard with Warhead access to open. 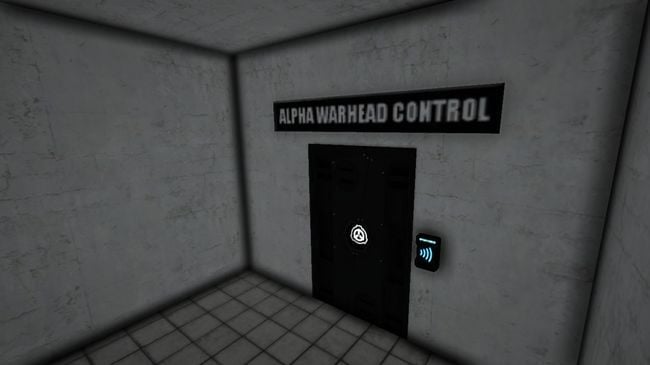 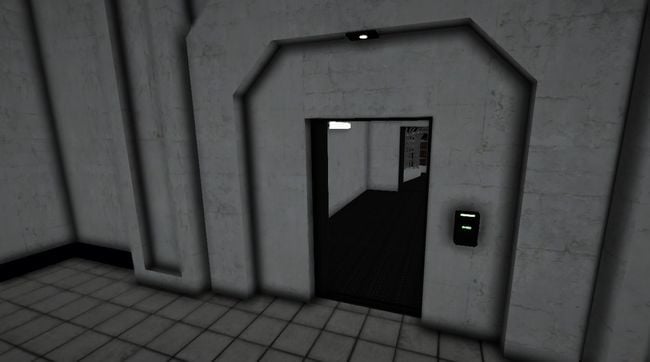 Alpha Warhead Detonation
Upon activating the warhead from the control room, if the warhead was armed first, an emergency evacuation protocol will start throughout the whole facility. During this protocol all doors are permamently opened. After 90 seconds, the underground part of the facility (including gate b & a elevators) explodes, eliminating all life be it mechanical or organical that was in there.

The Alpha Warhead can be deactivated by going into the maintenance station, flipping the lever and clicking the button.