SCP: Secret Laboratory – How to Scientist

You probably clicked on this guide to learn how to succeed as a scientist! Well, this guide is sure to help you escape the facility, laugh at D-Bois, and probably get you more wins. Maybe not. Who knows?

You probably just spawned in as a scientist. The world is scary and you got 10 D-Bois ready to shove you into Peanuts loving embrace. What do you do? Well, you gotta get your priorities straight. Never stay with D-Bois if not absolutely necessary, and try to work on finding your other scientist pals. You’re strength increases in numbers, but remember! NEVER TRUST A D-BOI. Also, try and find the upgrade machine so you can actually try to leave.

As a scientist, it’s your job to be smart, cool, and most importantly, have all the key cards! 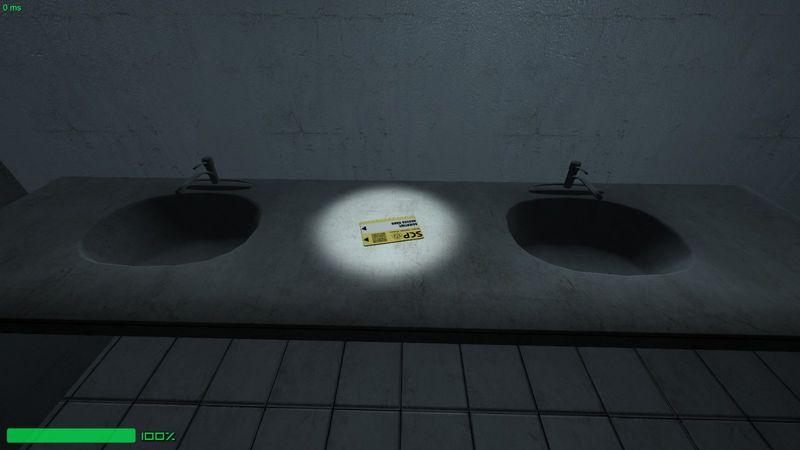 But never forget you have other jobs! Not to mention all of these are optional and may have varying success among other people, especially since RNG is a major factor when it comes to the jobs. But you should pick one depending on your playstyle.

Key Card Guardian: Grab any key card you can get your hands on, and keep them away from the filthy D-Bois.

Upgrader: Work with fellow scientists and D-Bois to upgrade the card for your team! Who knows? Maybe the D-Bois could be BAIT helpful!

Already NTF: If you have a gun in your hands, kill any D-Bois that cross your path! It saves the NTF some effort.

Medic: Don’t forget that you also have a medkit! Share it with NTF and your fellow scientists!

As a Key Card Guardian it’s up to you to, well, guard key cards. At the beggining of every round, if you choose to be the guardian of anything card like, you must immediately start looking for bathrooms and other areas of the facility (i.e cabinets, bathrooms, etc.). Make sure NOT to come into contact with. 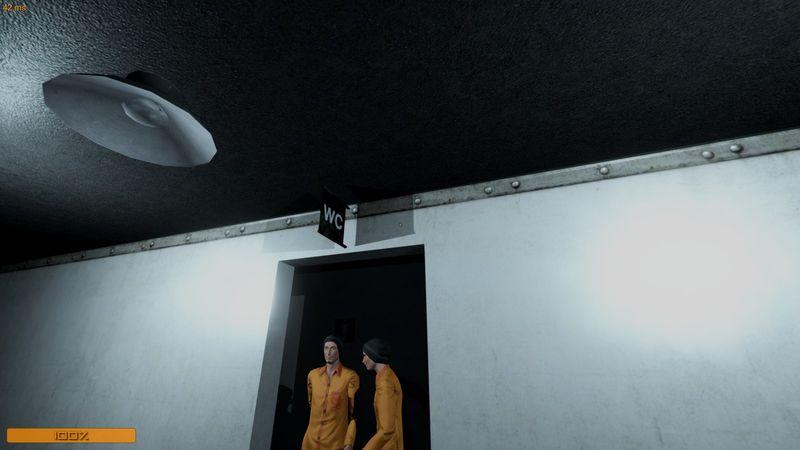 nearby D-Bois, as they will recognize your scent and start following you, waiting for their key cards. If you come across another scientist, hand them any of the key cards you have collected. In the meantime, once you have all the key cards you need, find the upgrade machine and start upgrading a few. You never know when a fellow scientist can nuke the place! But beware, if you die with D-Bois nearby, they will snatch the cards you worked hard for! So if you decide to take this role, remember to:

You are, by far, the backbone of your team of scientists! You’re the one who goes through the effort of spending time to find the upgrade machine and upgrade your fellow scientists key cards! 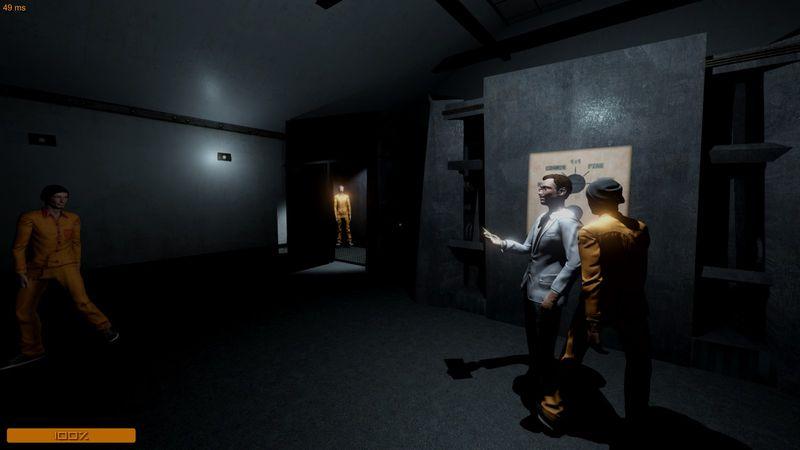 Being an upgrader is simple. At the beggining of any round, IMMEDIATELY start looking for SCP-914 (upgrade machine). Make sure that you have at least one scientist following you so you can help them out. In the event you have D-Bois following you, make sure you keep a close eye on them, and only start upgrading when their off guard. If you have a gun, though, fire away! If you decide to take up this role, remember:

At this point, i’m sure you know what this means. Nab a gun, and attempt to kill any D-Bois in sight. This class is one of the more difficult ones to do since there’s no gurantee you’ll be the one to get a gun, or if ANYONE gets a gun. So, if you want to do this, find a gun, and murder EVERYTHING. 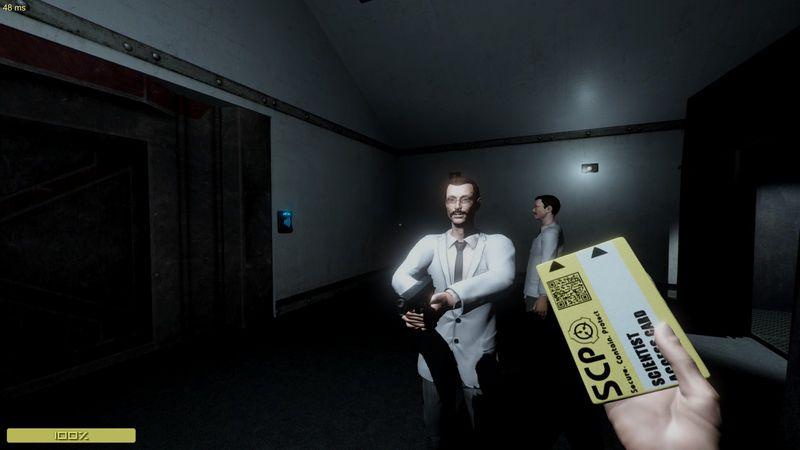 Oh boy, this is gonna be a hard one. This job is by far the HARDEST to pull off. Medkits are generally barely used, as a lot of the SCPs in this game can insta-kill LITERALLY ANYTHING. Not only that, NTF and CI fights generally end with multiple deaths one both sides, and those who do survive generally bite the bullet as soon as they come across a Peanut or Shy Guy. But, this doesn’t mean being a medic isn’t useful one way or another.

Being a Medic your job is to help out fellow scientists and NTF if they’re badly wounded. The medkits do heal quite a bit, so even if you get caught in grandpa’s basement you can prolong your suffering. Like I said, doing this job is the HARDEST as it almost barely comes into play. But if you do want to do this job:

So you spawned in, chose one of your jobs, or you didn’t. What now? Well, if you didn’t choose a job, try and meet up with other scientists. If you happen to run into D-Bois the NTF will make swift work of them if you manage to escape. If you want to leave Light Containment you’re gonna want to find SCP-914, or the upgrade machine, and max out your Key Card. Also, if you find the room with a glass chamber on your way to 914, DON’T IGNORE IT. That room has a potential gun, allowing you to make a swift kill on D-Bois and possibly some CI, and may even have a flashlight in the cabinets and a better Key Card. 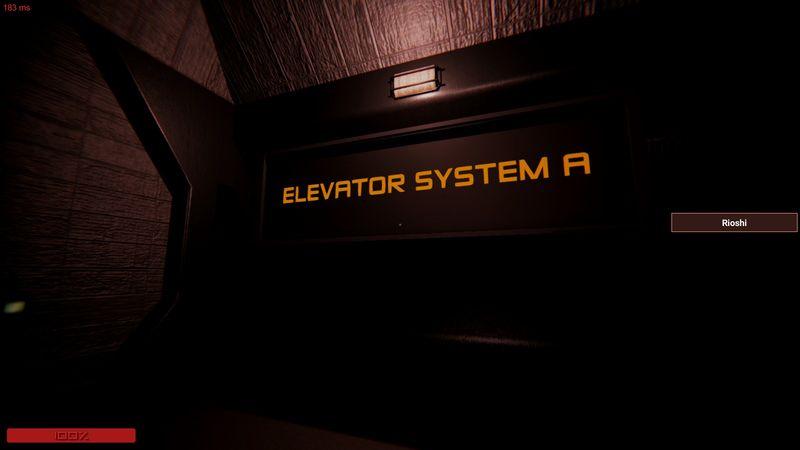 So you found SCP-914, upgraded your card, and found the exit gate, and have gone up one of the elevators before decontamination. Now what? Well once you hit Heavy Containment, it’s anything but smooth sailing from there. Heavy Containment is an intersections of SCP’s, NTF, CI, and D-Bois. It’s a constant struggle as there’s more than likely gonna be a Peanut or Shy Guy lurking around, not to mention the CI looking for D-Bois. At this point, it’s better to find an NTF squad, or try and sneak your way through Heavy Containment. Also, be sure that you have the right card to go past the upper levels exit gate, AND either Gate A or Gate B.

How to NTF Scientist

As an NTF Scientist you are the main support group for your NTF Squad. Granted, nothing much is different about you aside from your role. Does this mean you’re useless? No. It just means that all the hard work you put into escaping was so that you didn’t need to die in order to play NTF. Also Med Kits.

As a Scientist you may be wondering “Who here in the facility DOESN’T want me dead?” Well, this will compile your allies into a nice and orderly list.

These guys are chill, calm, and are also a quick ticket out of the facility! While not being as cool as the NTF, they’re still very respectable as not only do they have a keycard that’ll help you get out they also get payed under minimum wage. That’s a couple extra quarters in your pocket!

These guys are gods amongst men, the keepers of salvation! These are your SAVIOURS! But the only thing you need to do is hope that 049 or 106 doesn’t get the jump on them. 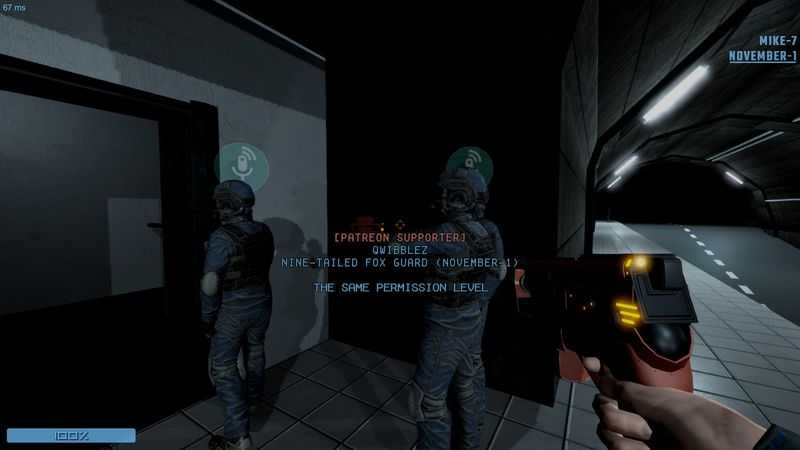 These guy are cool. I mean not awesome but at least they don’t harass you.

D-Bois are your worst nightmare! They’ll fly around you like vultures, waiting for you to die so they can retrieve your precious key cards!

They’re cool sometimes, but other times they’ll just murder you. They’re wild cards if anything.

Know Your SCPs and How to Deal with Them

Boy oh boy! Time to learn about everyones favorite spooks, the SCPs! These guys are your main threat, so try to listen.

SCP-173
Ahhh, the Almight Peanut! Peanuts are very sensitiive, fast, and snappy! They’re all generally wild cards, but lean in more on the deadly side. Peanuts are lean, mean, and very fast killing machines as they possess the highest speed in the game. When starting out, this guy is going to be a problem. Be sure to listen for the sound of scraping concrete, which is a sign of Peanut being close by. Once you lay your eyes on Peanut, which makes him shy and unable to move, NEVER TAKE YOUR EYES OFF HIM. Staring at Peanut renders him temporarily immobile, so start backing away and maintain eye contact. Every 4 seconds you’ll blink which allows Peanut to move forward. Either find a safe room or attempt to get away and hide.

SCP-106
Everyones favorite old man Larry is here to get rid of the kids! The only difference is rather than get you off his property, he takes you into his house and traps you inside his basement. creepy Larry is a very strong old man which allows him to phase through walls, he can also use a shovel to create a hole which he can teleport to any time he wants. If you spot the old man you better run! Larry, despite being old and slow, is incredibly dangerous and if he ends up capturing you your items might be lost in the basement along with your dead body. Let it also be know that old man Larrys basement slowly kills you, so hope to the NTF that you choose the correct path as only one of the doors leads to freedom. Once you escape you better get back to running as Larrys hole is more that likely back at his house. If you happen to run into the old mans house with an O5 card you can sacrifice someone into his “special room.” Just push the big red button and don’t think about what’s going on in there. After that, Larry goes home for good!

SCP-939
The newest and the cutest SCP doggy comes in pairs! This SCP is very near sighted, and much like a lot of dogs, have very good hearing. Talking, walking, running you name it, this little pupper can see and chase you down to the ends of the Earth! This SCP can also communicate with you, which could lead to some good conversations, but it’ll most likely end in death. If you have the suspicion that some 939s are lurking around, hold down ‘c’ in order to sneak, which gets rid of your footstep sounds completely, but greatly decreases your speed. Just be sure not to get too close, otherwise it will be able to see you.

SCP-096
This boy is one very sad boy. He walks around slowly, moping and weeping, dragging his arms on the ground. You might feel sorry and want to look at his face and ask him what the problem is, but that usually ends with your entire body getting sliced into bits. 096 is very shy and hates to be looked at, and unlike other SCPs doors won’t save since he can slice them apart and burst right through. This shy boy gets so mad that he turns into sports car and starts running at speeds similair to Peanut. If you hear this boy or see him in the corner of your eye, look away. It’s definitely for the best.

SCP-049
This doctor is such a swell guy! All he wants to do is cure people, but the risk with his allergy medication is a 100% chance of death. The doctors speed is moderate, only being slightly faster than your normal walk. If he catches any of your fellow scientists or D-Bois he can convert them to his children, or SCP-049-2s. These guys will always attempt to cure you, so it’s really best to try and run away and lose them.