A simple yet informative guide for the brand new Snow Thief Event added to Secret Neighbor in the 2022 Winter Update! Will contain spoilers for the event, be careful!

To begin the event, gather five friends for a full custom lobby of six. Each player should be using a different Kid Class, and use the Clown Neighbor class. Select Map 4, and turn keycards & time limit off.

Once in game, hunt down various laser locations. There are six hidden lasers in total that can be revealed using the Clown’s smoke bomb, and each one has a colour that corresponds to a kid class, so pay attention to the colours!

Bagger’s laser can be found in the attic of the house. 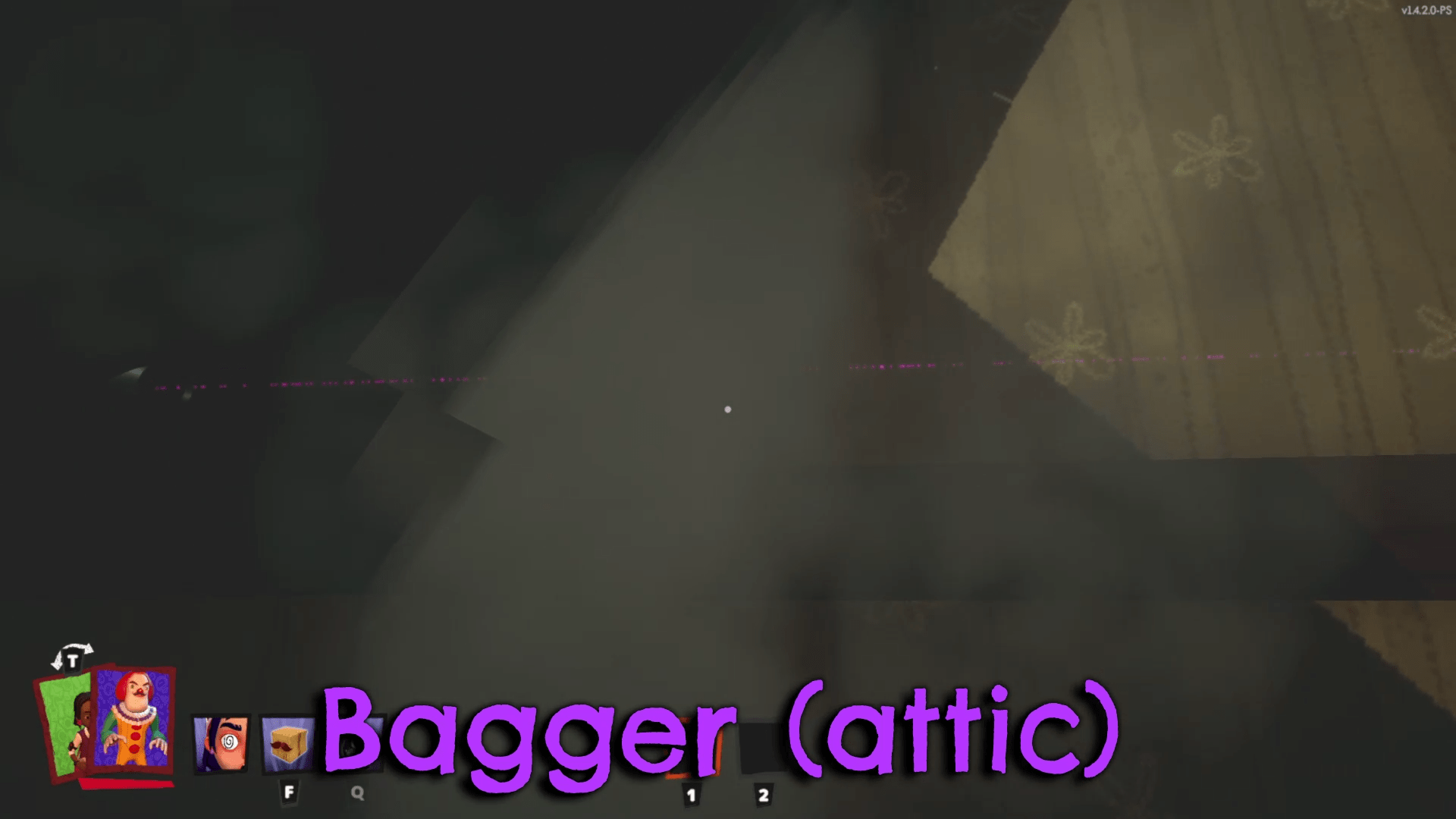 Brave’s laser can be found upstairs by the hole in the wall. 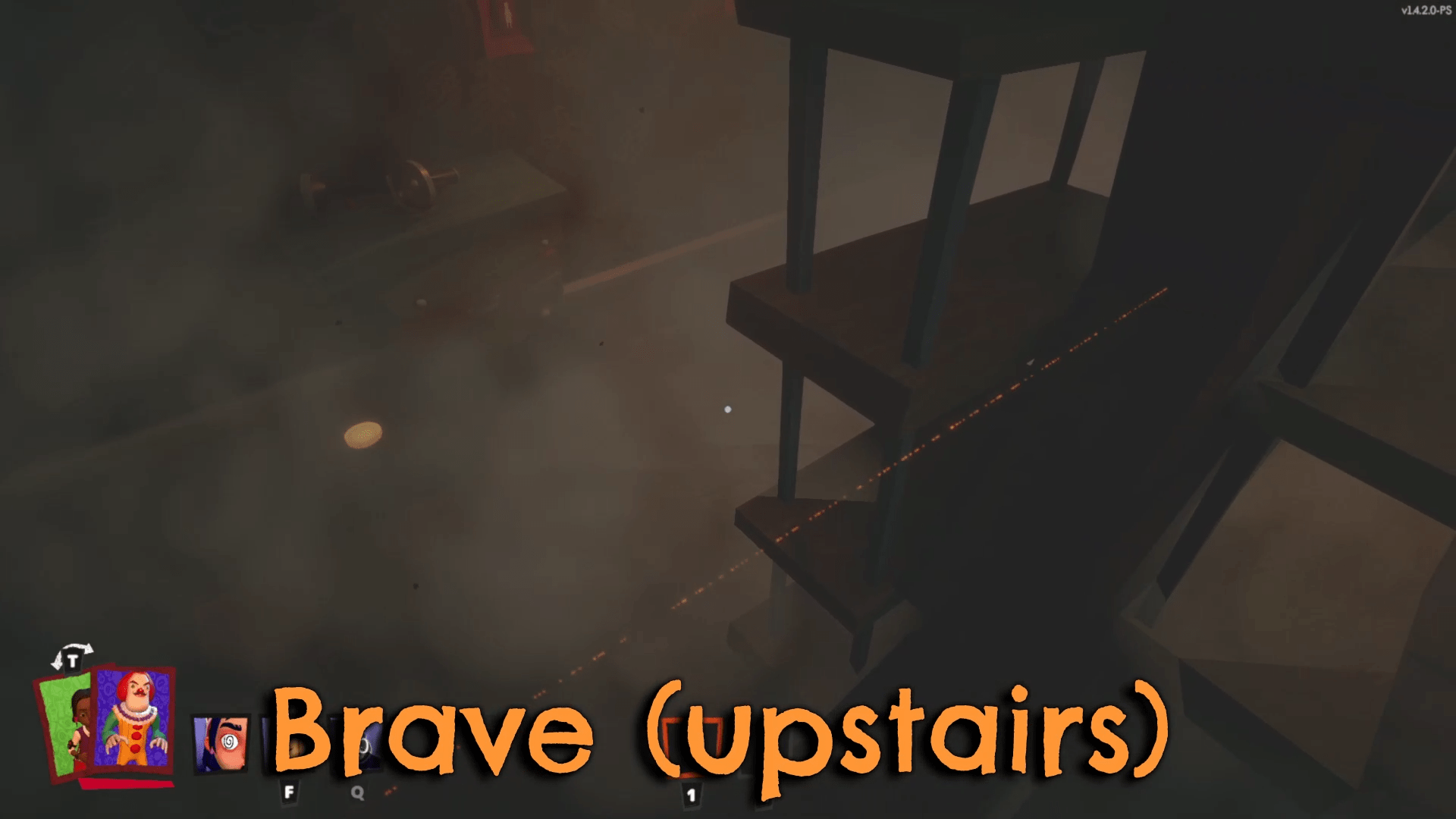 Detective’s laser can be found in the first room on the left from the basement stairs. 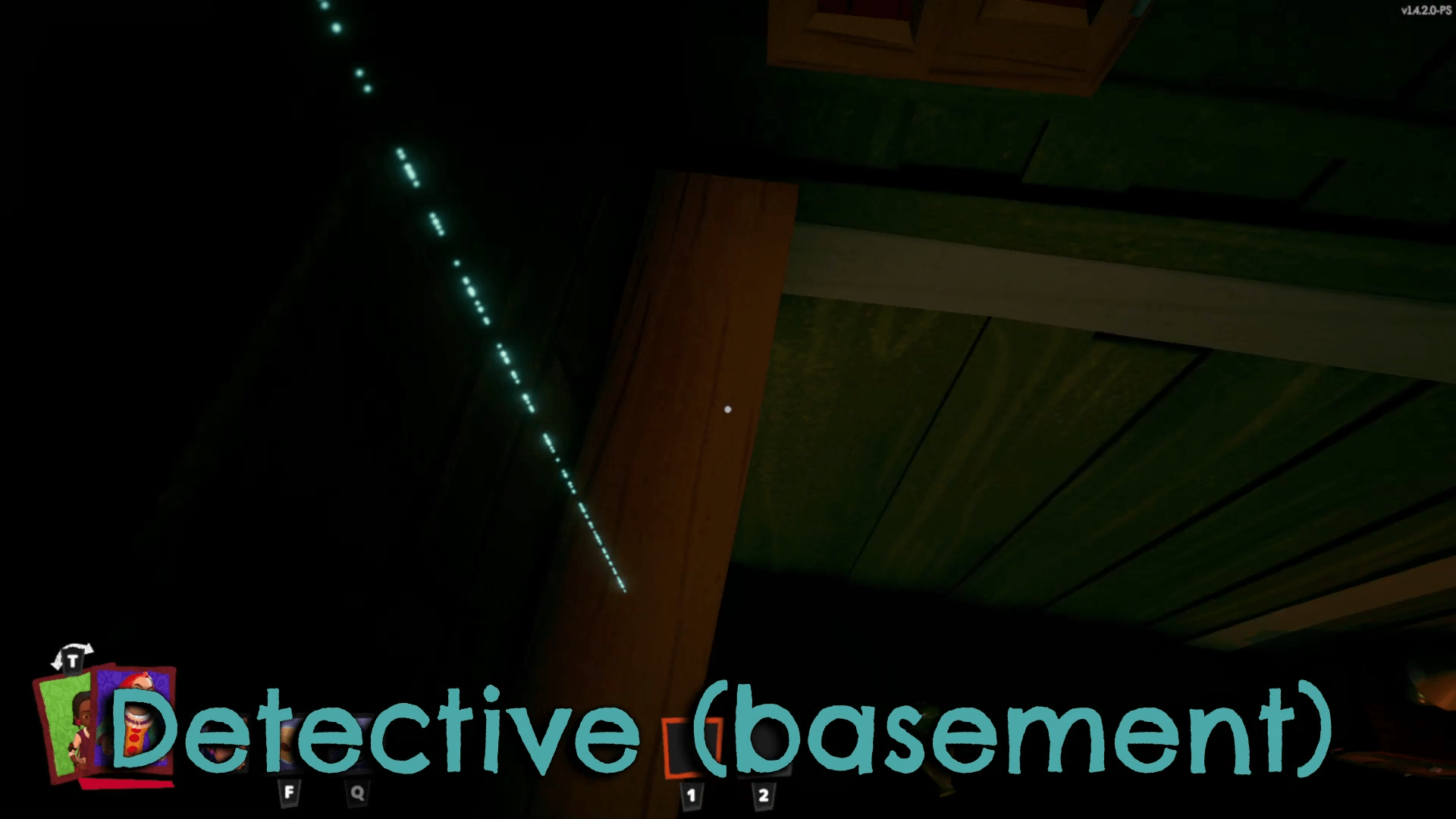 Inventor’s laser can be found in the shed. 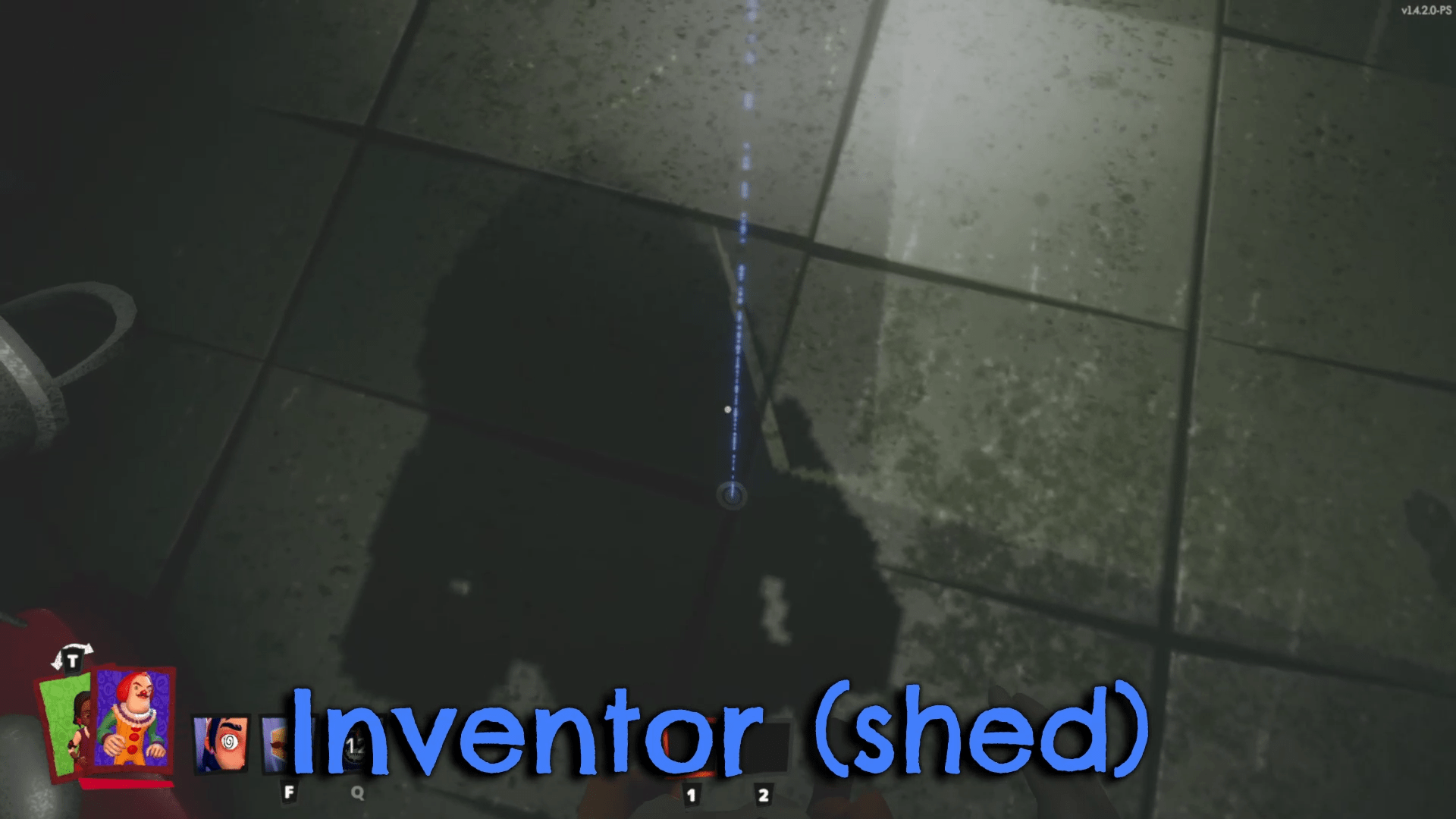 Leader’s laser can be found on the front porch by the door. 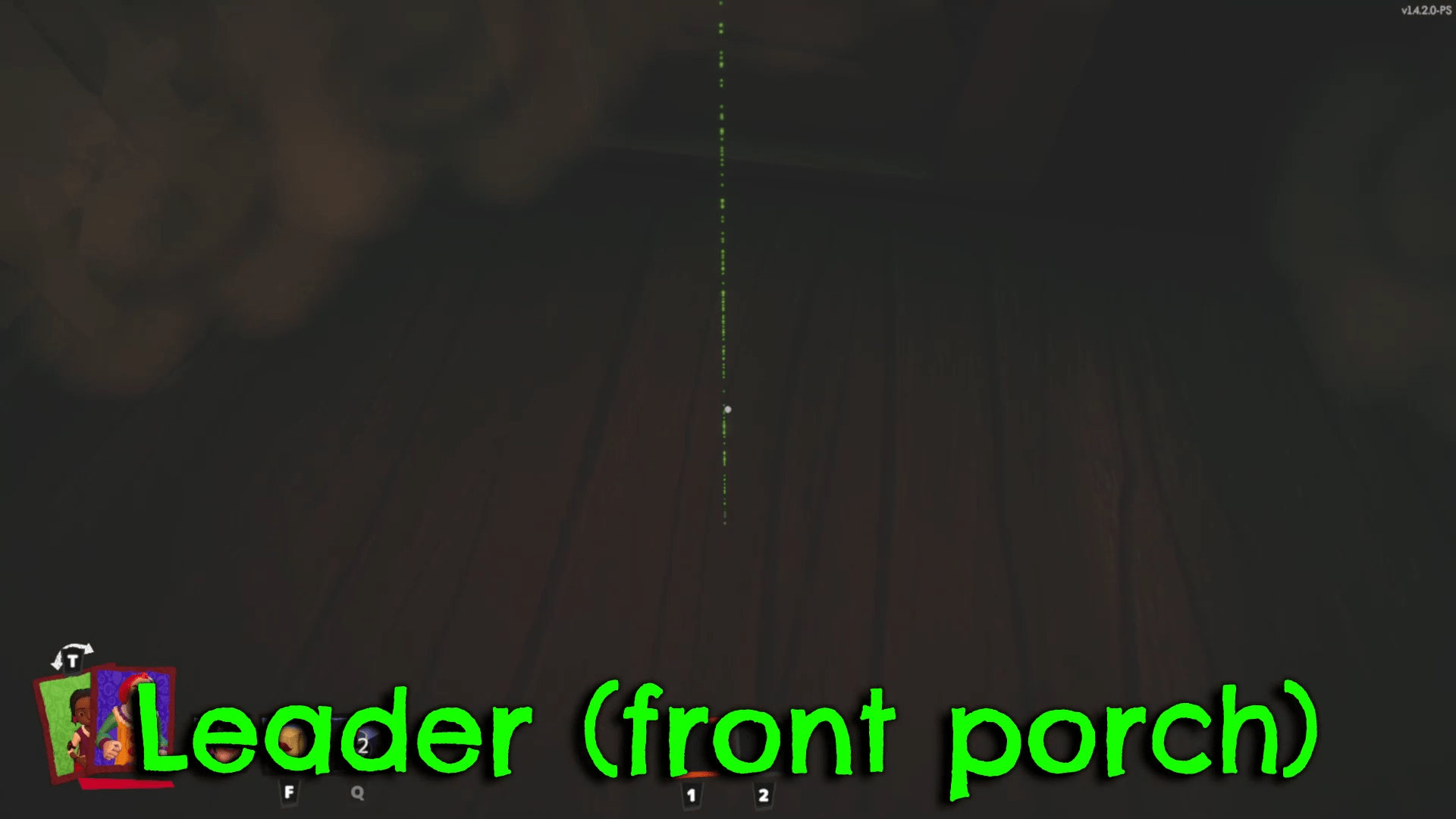 Scout’s laser can be found in the greenhouse. 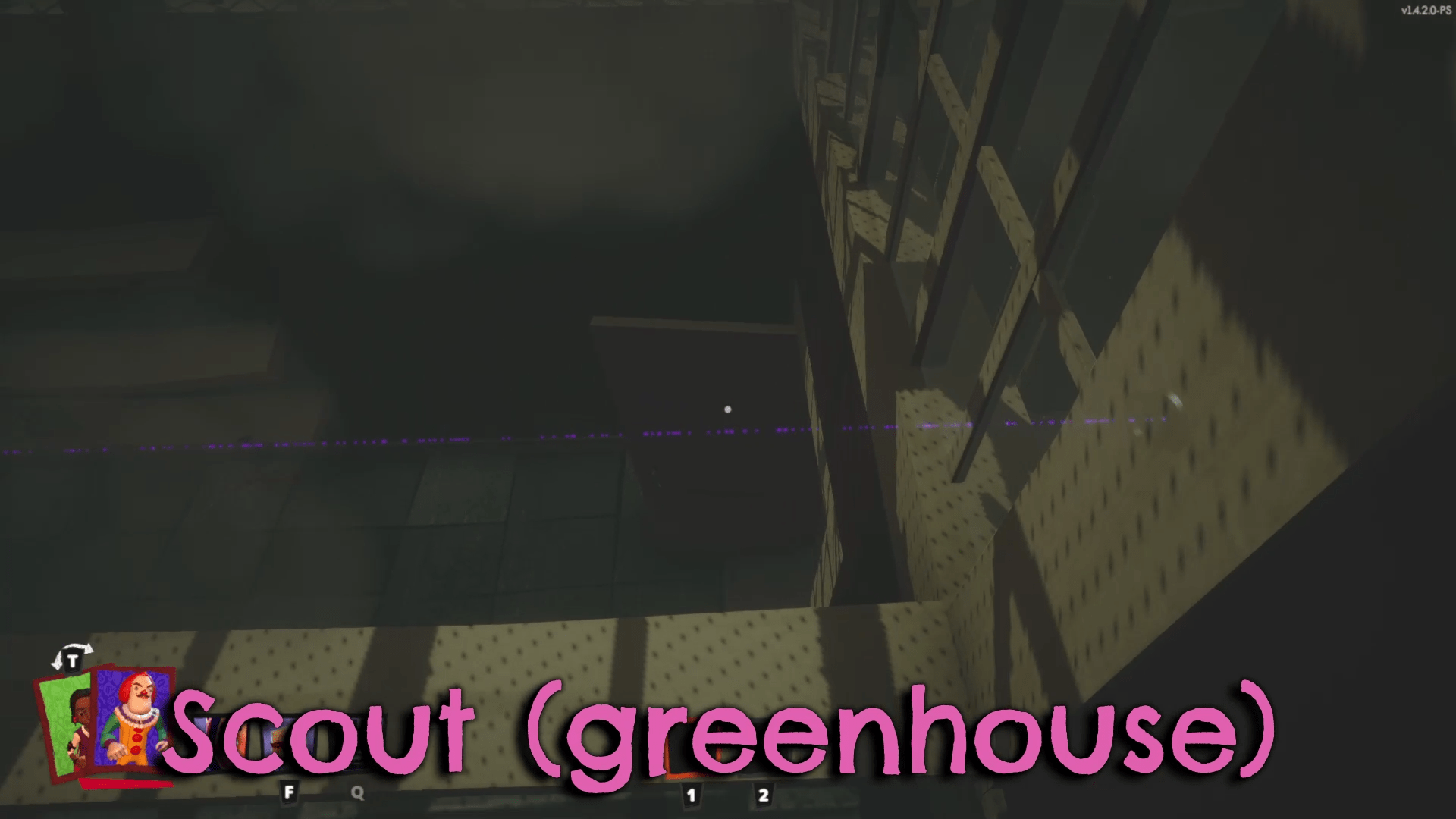 One you have located all six lasers, have each class stand in front of their laser at the same time. If done correctly, you should hear a crash from the basement. Head to the lower level 3 area and you should see a new hole in the wall. From there, go through the corridor and enter the elevator. It will begin moving when all six kids are inside, and once it stops, press the red button to trigger the smoke. All players will be knocked out and wake up in cages.

For the main event, each player will have a different job to do depending on their class. Below, I give descriptions of what to do. If you want a more precise explanation with video, etc, then check out the YouTube video I made for the event below.

Borrow the wrench from the Brave’s cell next to yours, use it to unscrew the vent, then pass it back. Enter the vent and collect the gear. Take the gear to the Inventor, by dropping it through the hole in the Brave’s cell. Wait for them to craft the Level 1 Keycard, and then retrieve the Keycard from them when they chuck it up from below. Use the Keycard on the door in your own cell.

Enter the next area and collect two boxes, and make sure to use the red lever on the wall to free the Inventor. Progress through until you reach the lava room. Head below and use the boxes to make your way across the lava to another red lever. Once activated, wait for the Leader to collect a camera, that can guide you across an invisible bridge over the lava lake. They can either try to throw the camera to you through the gated window, or describe what they see to you. Either or really.

After successfully making it across the invisible bridge, head through the hole in the ceiling and pull another red lever to enter the final room. Once you’ve reached this point, all remaining players must make their way to that room or the duplicate one opposite. You should have three on each side.

Use the wrench on your cell bed to unscrew the vent in the floor. Then let the Bagger use the wrench on his own vent before handing it back to you. Now drop the wrench through the floor to the Inventor’s cell and head out the door in the your cell. Pull down the red lever and use your Baseball ability to deflect the incoming baseballs being shot towards you, as you travel the moving platform at the same time. (Beware of Baseball’s new 0.3 second cooldown!)

Now parkour across the next set of moving gates, you just have to jump for this one. Freely travel through a few rooms until you reach the area with three red levers and the three bridges. Wait for the Leader to reach your location and then use the levers to elevate them to the top window. Wait for them to pull the lever that lifts the gate next to you, and then use the provided boxes to stack your way through the hole. Then, enter the vent that should take you straight into the final room.

Collect the box in your room and then walk through the Scout poster. Collect the wrench from the next room and then using the box, parkour your way to the vent. Unscrew it and then enter the room on your left. Pull the red lever to free the Scout, and then use your Field Intel photos to describe a colour combination to them. Beware, if they do not collect the Level 4 Keycard, one of the photos will display that instead.

After the Scout reaches your area, allow them to knock you with their slingshot so that you can climb through a small gap into their area. Press both of the red buttons at the same time to lower the staircase, then freely travel through the vents to the final room.

Receive the wrench from the Brave’s cell above you, and then pass it to the Leader in the cell next to yours. Then wait for both the Bagger and the Leader to deliver two gears to you. Use them to craft a Level 1 Keycard that you can then throw back up the hole to the Bagger. Shortly after, the Bagger should free you from your cell allowing you to access a set of rooms.

Hunt for six gears, a wrench, and the blueprints for a large cog. Head over to the broken colour generator and use the blueprints to craft a cog that fits into the machine. Then use your wrench to unscrew the vent on the ceiling, and take one of the bolts and attach it to the machine too. Fix the parts into place with the wrench and then power on the machine. Now use boxes to stack up and out of the vent in the ceiling. Now you’ll have to run and parkour your way to the final room.

Wait until the Inventor passes you a wrench, then use it to unscrew the vent in your cell to escape. Locate the gear in the set of rooms you gain access to, then head back to your cell to pass the gear to the Inventor. Now use your wrench to unscrew the next vent that lets you into the hallway. Activate the red lever and let the bridge carry you over the fence. Once on the other side, jump against the next wall until you manage to climb over.

Now reunited with the Brave, allow them to use the bridges to elevate you to the top window. Once in the next room, pull the red lever and grab the camera off the wall. Try and throw it through the window to the Bagger, but if that fails, activate it and give them directions across the invisible bridge over the lava. After you’ve done that, continue on and use boxes to slowly stack your way to the vent leading to the final room.

Collect a wrench from the shelf in your cell and parkour your way over to the vent. Once you’ve unscrewed it and gone through, wait for the Detective to lift the gate trapping you. Head to the staircase and under the stairs you will find a Level 4 Keycard. Now let them read you out the colour combinations for the generators, however one of them may need fixing if the Inventor hasn’t already done so.

After both generators have activated and the remaining gates have been lifted, head over to where the Detective is and use your slingshot to knock them down, allowing them to climb through a gap towards you. Use your Keycard to open the Level 4 door, and then together activate both red buttons at the same time to lower the staircase. Now you can freely travel together to the final room.

Now can you see the Snow Thief? If you look through the windows, you can spot him patrolling around his glorious machine. You might also see the trap that is just begging to be used. 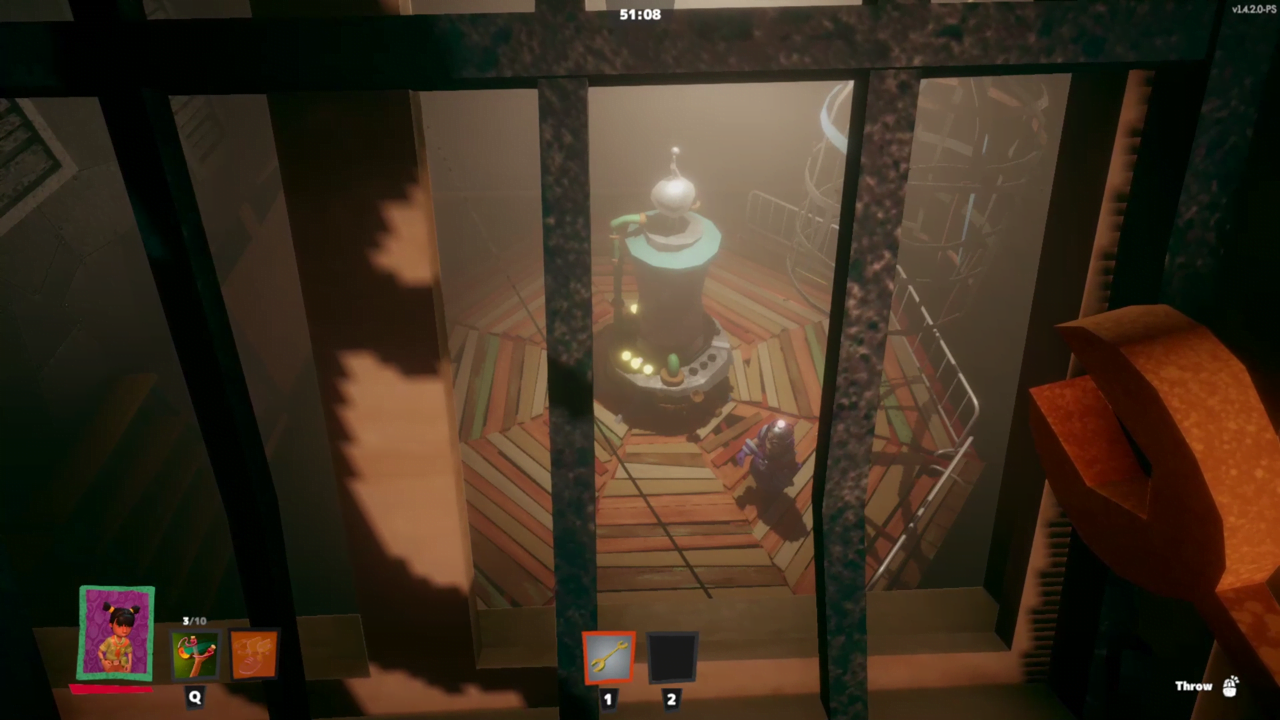 Once both final rooms have three kids in each of them, activate all six red buttons at the same time whilst the Snow Thief is underneath the cage. If done correctly, the cage will lower, trapping the Snow Thief, and ending the event. 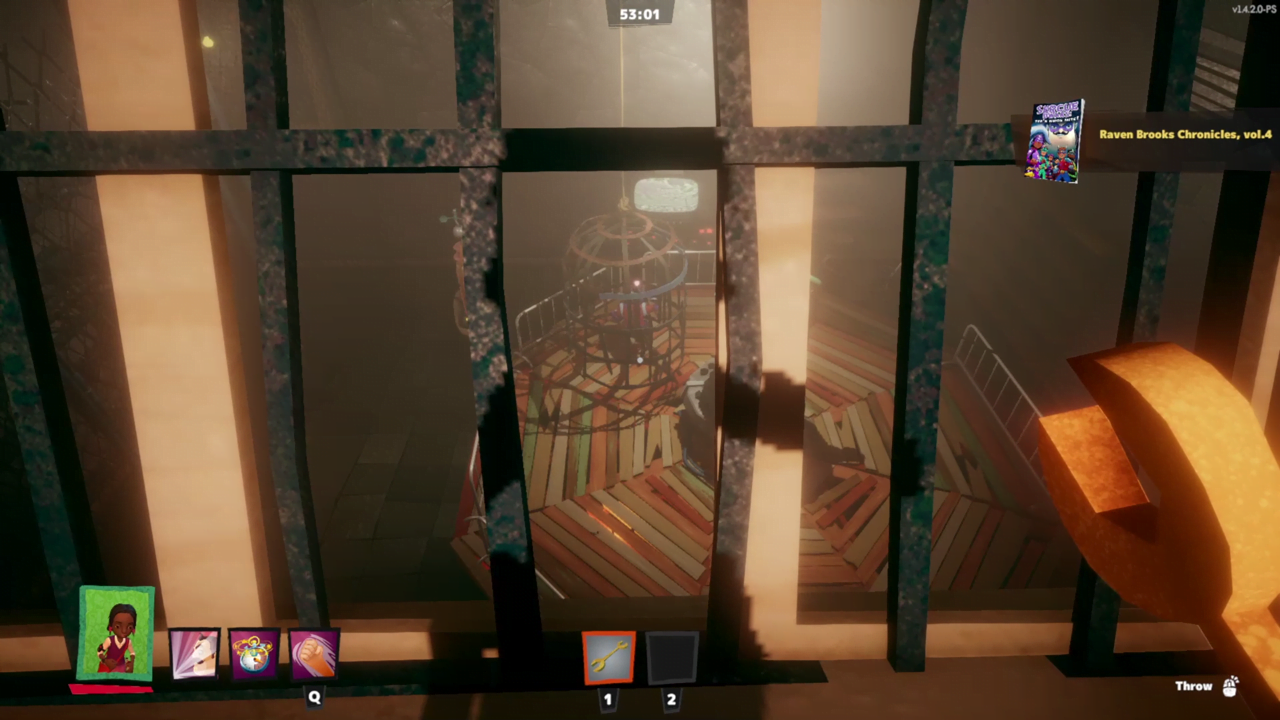 For your hard work, you and your friends will be rewarded with this awesome comic book! After completing the event, make sure to take quick read, you’ve earned it. 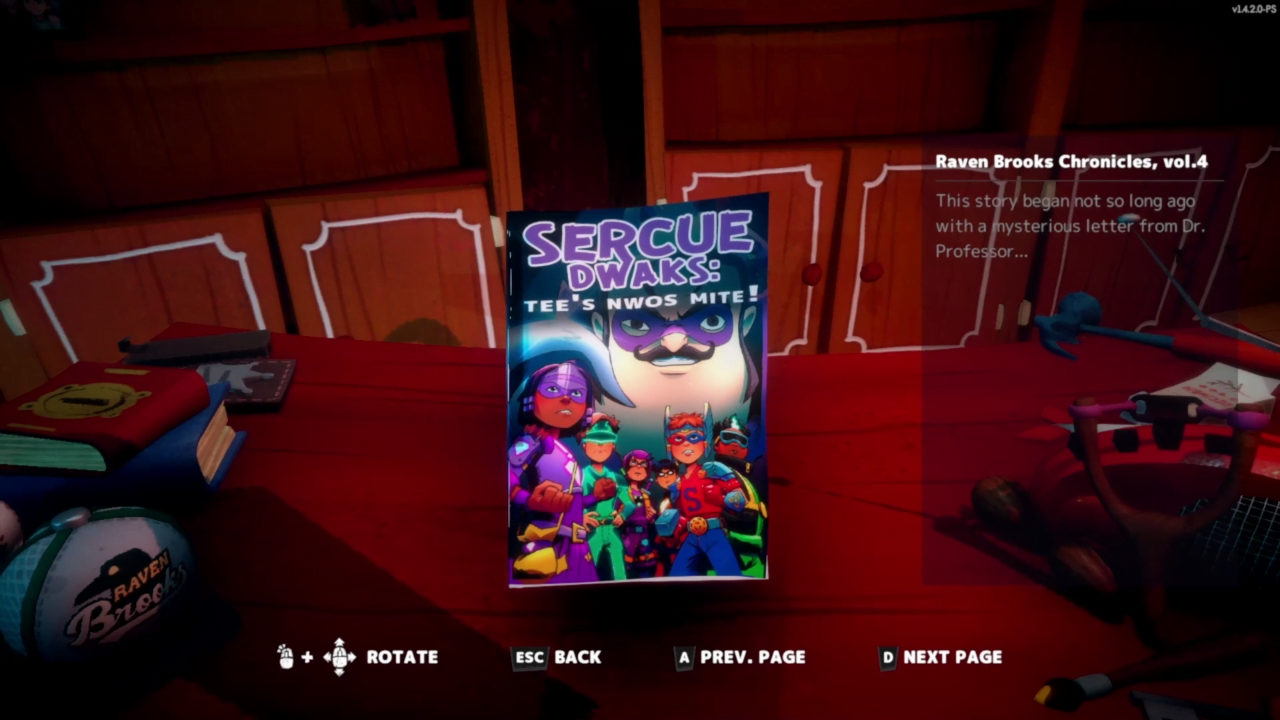 And that’s how you do it! That’s how you beat the Snow Thief and save Raven Brooks. Hope this guide manages to help you beat the event, and if you have any questions, feel free to comment and I’ll try to help you out. You can also comment on my YT video for the event if you want me to see it sooner. (Linked above in the ‘Main Event’ section.)

So, to all of you, best of luck! Have a ton of fun with this awesome event.