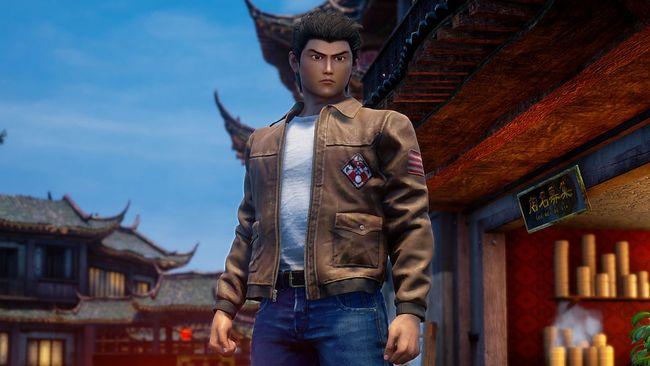 Mini-Games is a feature in Shenmue 3 that allow players to complete various events to earn rewards. Mini-Games can be found on different locations and provide with fun and interactive activites for the player to enjoy.

To play most mini games you will need to use Tokens. Tokens can be purchased with Yuan from some Merchants. Once you get enough tokens you can exchange them for different Rewards.

In this mini game you will have to throw a metallic ball through the top of a canvas covered with needles. The bottom of the canvas has many “landing” spots and some of them are Lucky Hits. If you get a lucky hit you will earn up to 10x your bet. This game is mostly luck based and you can only control the canvas that you are playing on and where to throw the ball. 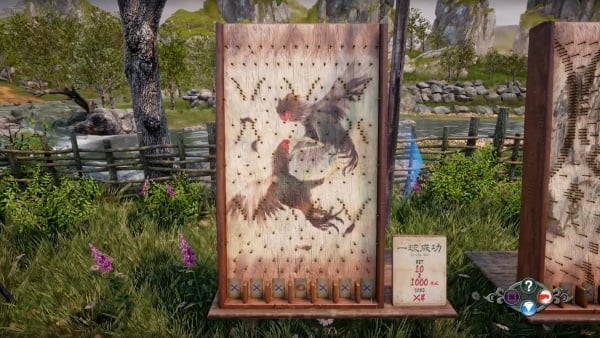 Turtle Race is a mini game where players can bet on a turtle race. Players can select the turtle color and then watch how the turtles race. The player can help its own turtle by pressing the button shown on the right part of the screen. When the turtle bar is filled the turtle will gain a temporal speed boost that increases the players chance to win. In addition to this, players can visit the Sunset Hill, where a fortune-teller will tell you a “lucky colour” or “lucky number,” which will correspond to the winning turtle (colour in turtle racing) or the winning frog (number in frog racing). 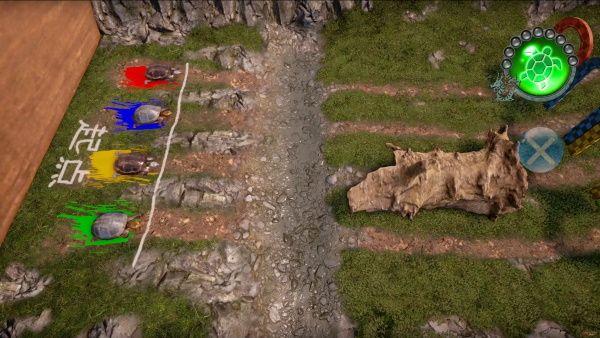 In this mini-game players will throw the dice against the Merchant. To win the game, players will need to obtain a higher roll than the opponent. In case of a Tie the opponent will win. This game is based on pure luck and no player interaction is required. 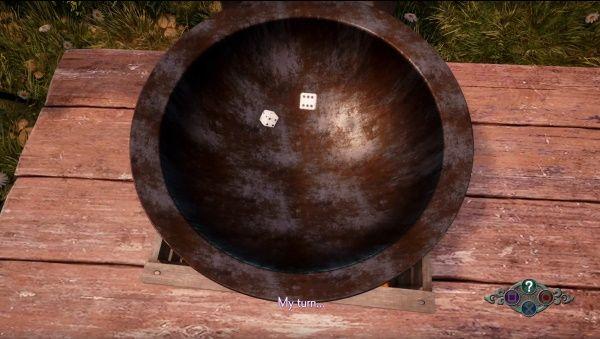 In this mini game players will need to choose from one of for different colours (Red is Flower, Green is Bird, Yellow is moon and Violet is Wind). After choosing a colour, players will throw a ball into a plate divided in four equal sections. To win, the ball must stop on the color the player selected. 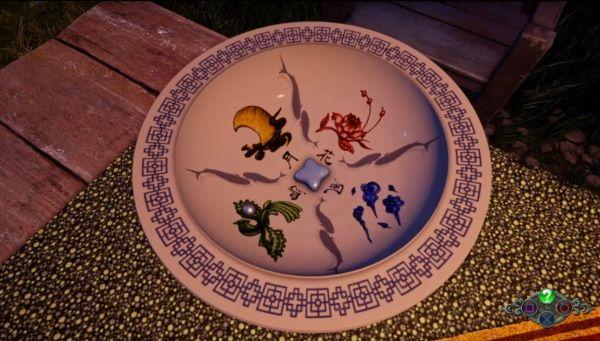 In this mini game you’ll play Basketball by shooting the ball into a moving target. You will have to use the direction buttons to aim and then press the action button to throw the ball. The ball will fly for a little and bounce, so it’s best to aim ahead of the moving target.

In this mini game you will be tasked to capture 10 gooses within the time limit. You will find yourself on an open area with many gooses. Use the directional buttons to move around until you get close enough to a goose. An action scene will play where you will have to quickly press the button shown on the screen. If you do it right, you will catch that goose and you will go back to the third person view. Repeat this until you capture 10 gooses.

In this mini game players will have to throw a golf ball using their hands into a moving target. The game provides three chances and prizes can be won depending on how many balls the player successfully scored (the prize can be seen on the upper part of the screen marked with numbers). It’s recommended to throw the ball ahead of the moving target as it will have to travel some distance before landing.

In this fun mini game players will have to press the assigned buttons to hit the moles that come out of the holes. The game is divided in three different stages each providing with increased speed.

Winning this game will award you with Green Big Wheel Ticket.

In this mini game players will have to throw balls into magnetic holes to win prizes. Each try will provide with 10 balls. You can control the launch force of the balls by using the directional buttons. You can throw many balls in rapid succession which will make them bounce with each other providing with a better spread across the board. You can also throw them alone trying to control the outcome. The prize will be decided depending on how many magnetic holes are filled.

Players can choose from different layouts by moving to other machines.

In this mini game you will have to use the direction buttons to maintain the car on the track. The objective is to reach 300 miles before the police catches you. In order to gather miles, you need to move the car on top of the balls that can be seen on the road. You can track your progress at the top of the screen and a light will turn on at each milestone you reach. After some time another light will turn showing the police. If the police catches you before you reach the 300 miles you will lose.

If you win the game you will obtain Red Big Wheel Ticket.

In this mini games players will have to punch pads that raise from the machine. The game is divided in three rounds which gives the player the opportunity to rest between them. In order to beat the game, you need to press the button corresponding to the pad that is raising as quick as you can. Each pad has a fixed button. Sometimes more than one pad will lift and the player will have to press all assigned buttons to continue the match.

Winning this title will award you with Blue Big Wheel Ticket

Winning this title will award you with Yellow Big Wheel Ticket.

In this mini game players will have to throw a ball into static buckets located at different distances. Players will have three chances and multiple prizes can be won on the same try. Each bucket is painted with a different colour which represents the prizes shown on the left part of the screen. Players can use the directional buttons to aim and the action button to throw the ball. It’s better to aim to the rear part of the bucket to minimize the ricochet chance.

In this fighting mini game you will have to defeat the opponent two times in order to win. You can use the movement and action buttons to control your character. You can defeat your enemy by either pushing it outside the ring or by draining its health bar to 0. The round will repeat until either you or your enemy wins two rounds.

In this mini game players will be able to spin a roulette to win prizes. Two spins will be provided with each try. In order to spin the wheel you will have watch the force bar moving on the bottom right part of the screen. Press the action button and wait for the wheel to stop to see what prize you got. If you land on Bonus you will get the prize shown in the middle of the wheel.