Not many people know that there is an extra menu in the game to enter cheat codes. These codes can give you a certain amount of gems. Using this in-game currency you can unlock new classes and level-up the ones you already have, buy pets, guns, and many other things.

Codes in Soul Knight are divided into 2 categories – some of them work unconditionally, but to use the other you have to change a date on your smartphone with Android to 1 May 2017. Otherwise, it might not work.

A list of gift codes that will give you free gems. 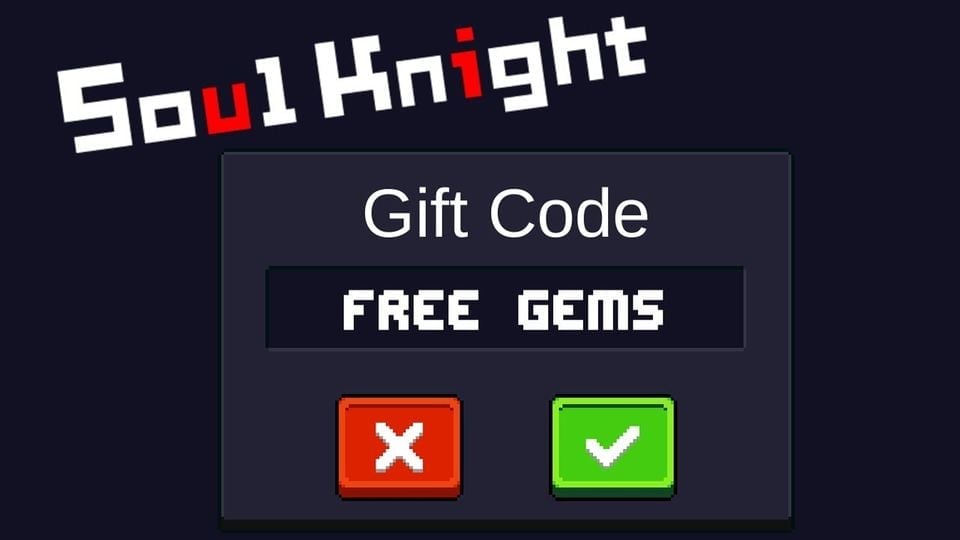 In any case, we recommend to check your phone settings and set this date, then launch the game, and click the ‘’cogwheel’’ symbol on the main screen at the bottom left. There are several sections in the settings menu, find the button with the ‘’lock’’ symbol in it. Go there and start to enter bonus passwords:

The next list of passwords requires you to set the date on your smartphone to May 1, 2017:

1. Don’t forget to take items from chests appearing after you cleaned-up rooms. Destroy wooden boxes to get energy if it’s necessary.

2. Try to use a type of weapons that doesn’t consume energy or consumes a minimum amount of it (1 unit per shot). On the other hand, weapons that consume a lot of energy (as the elite rocket launcher – 5 per one volley) cause a great damage. It’s very useful in battles with bosses.

3. Don’t forget to use the unique abilities of your character. They have a cooldown but they recover for free. There is no point to save it.

4. Try to choose one of the characters and play him for a long time leveling up various levels.

5. Visit the right room of the main screen to receive weapons for TV viewing.

6. Watch the TV near traders during the walkthrough to get gold.

7. It’s better to spend gold on the recruitment of followers, bonuses from statues and various potions. Buy weapons as a last resort, because enemies drop it in quantity, or you can find it in chests.

8. Before taking an item from platforms in a room, think, do you need it? You have to fight one or two turrets if you take it.

9. Use different obstacles as covers including trees, statues, metal boxes which allow hiding from shells. This is particularly true for boss battles because bosses fire a lot of shots at once.

10. Enter the game every day to get gems as bonuses.

11. Interact with the fridge from time to time, visit the gems shop, and watch a video to get gems for free.

12. Don’t forget to enter gift codes for Soul Knight, which grants you 10-12 thousands of gems from the very beginning of the game and allows to level up the Knight to 5th (next to last) level.

13. It’s advisable to go to the Settings and click on the «cogwheel» symbol. There will be several buttons, but you need to find the image of the left stick which is used to control a character. Put the «lock» symbol on it to make this element fixed. In this case, it will not move outside the screen, as it could be in the case of a movable joystick.

14. There’s no need to clean up all the rooms on the level – you can reach a portal and move to the next level.

15. Destroy boxes if you don’t have enough energy. It’s preferable to use weapons which don’t consume energy. 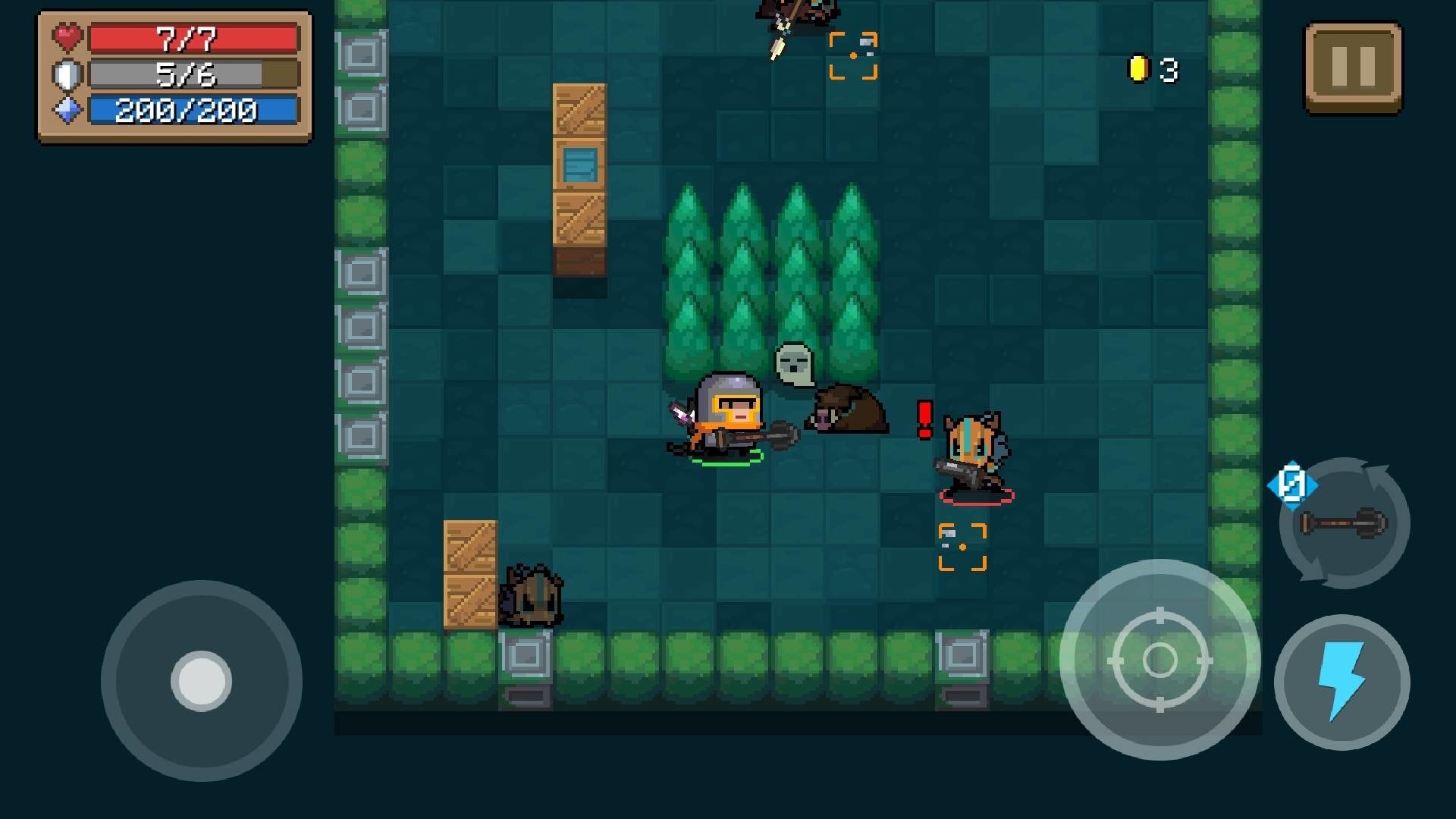 16. Before a shot, enemies often have a “red exclamation mark” symbol. Use it to defend yourself.

17. Your pet is not just a decoration. First, it distracts enemies from you, secondly, it damages them. However, if your pet gets too much damage, it will be injured and become worthless.

18. Study information about bonuses at the end of levels carefully and choose truly useful ones. For example, there is no reason to use the bullets bounce bonus if you use a rocket launcher or melee. In the latter case, it’s better to take the bonus, which allows reflecting shells using melee.

How to get rings

You will receive your first ring before you first multiplayer game. It is chosen randomly. To get other rings, you need to play with other players. Keep in mind that they have to equip rings of another color. At the end of the run, you can get a new ring among other rewards. Besides, you can melt the ring in the Reforging Furnace. If you get a ring of another color, you keep it forever.

Red ring. When activated, all players get a 3-second buff that increases the size of bullets and doubles damage. The use costs 8 energy points, the cooldown is 8-10 seconds. It does not affect the efficiency of melee attacks and is less efficient with lasers.

Blue ring. After activation creates a laser beam between players that deals 3 damage but does not have critical damage. Does not consume energy.

Yellow ring. After activation, all teammates get 1 armor and the aura that accelerates armor regeneration. Using the ring costs 8 energy and has a very long cooldown.

Green ring. After activation restores 1 HP to all players. Using the ring costs 15 energy, the cooldown is 15 seconds.

How to play online

You can play Soul Knight in a company of 2 to 4 people. The game can be started by any player.

How to grow plants