Star Control: Origins – How to Beat the Xraki Behemoths and Final Boss

Find out what you need to beat the hard as hell boss ships at the end of the game.

So, you’ve reached the end game and you realize that you got in way over your head. Maybe you think you advanced to quick, maybe you think your ships are garbage. Nah, these bastards are just overpowered. So, I’m gonna teach you how to beat them!

The Behemoth is the Xraki bosses. They are protected by a force field till the 8 eight generators are taken out surrounding it. The generators have extremely high health and as the ship loses generators, it will start gaining the ability to turn and move away, increasing by the number of generators that have been destroyed. It can get hard when almost all generators are down as the Behemoth will keep the remaining ones away from you. While the generators are up, the boss will spawn an endless stream of fighters from one section, which have a 1-2 second rate of spawn. These do high damage and use a medium range beam.

Once the generators are down, the Behemoth will have full movement and chase you. It will no longer spawn any more fighters. Instead it will shoot out a fast singularity missile if you are at long or medium range. It can only have one up and moving at once and will shoot another the moment it is destroyed. These missiles create black holes that damage you in a wide area if they detonate without being destroyed. At short range it’ll spray out several plasma shots around it which are somewhat homing, but don’t go far without being destroyed. Do not get within short range. 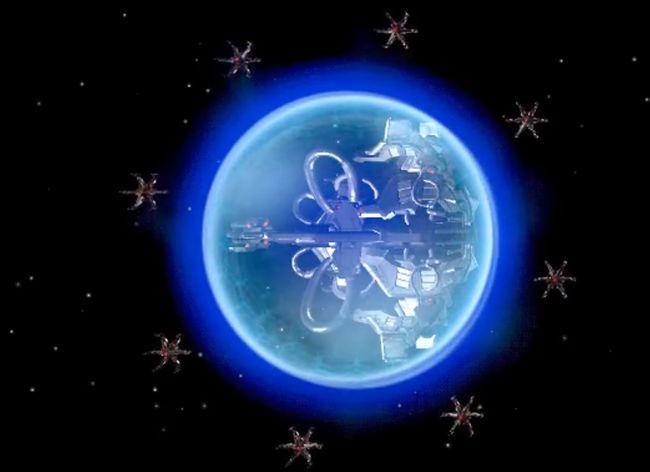 The Ship of Choice!

This little ship is quishy as hell, but it does extreme damage. 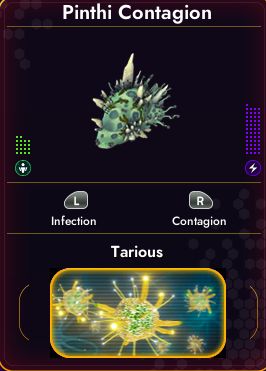 The key thing is to stay away from the boss and spam your right click, contagion. These will shoot out a mini ship which will lock onto the generators immediately and go and start rapidly firing at them. The projectiles do not disappear on hit, so they pass through the generators and boss and hit others doing massive damage. The more contagions you get up the better. You’re slower than the fighters and they caneasily killed by them, so feel free to surrender and reload if you don’t kill all or the majority of generators. Sometimes you’ll get enough contagions on the map where the fighters can’t spawn without being killed. The fighters don’t aggro right away if you’re far away, which will allow you to get more out.

If you die and the shields are down, switch to your main ship. You can easily kite the boss now and shoot missiles from far away. Remember to stay away from it so it doesn’t use its spam attack. Also, you can use phasors to destroy the missiles, just hold down the button. It is possible to max out battery life so you can have infinite phasors which makes the boss fightable in short range.