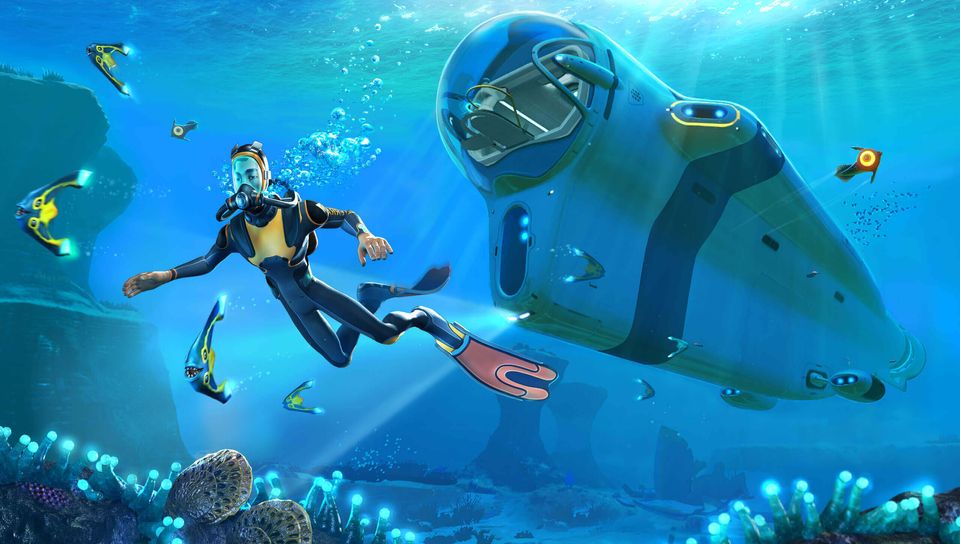 Descend into the depths of an alien underwater world filled with wonder and peril. Craft equipment, pilot submarines and out-smart wildlife to explore lush coral reefs, volcanoes, cave systems, and more – all while trying to survive.

Press F3 to display the “Disable Console” option. Deselect this by first pressing F8 to activate your mouse cursor, then simply uncheck the option. Now anytime during gameplay you can bring up the console by pressing the “Enter” key and typing in one of the following commands. Note that when you wish restart the game, first press one of the in-game overlay keys like F3 again before pressing the console key. 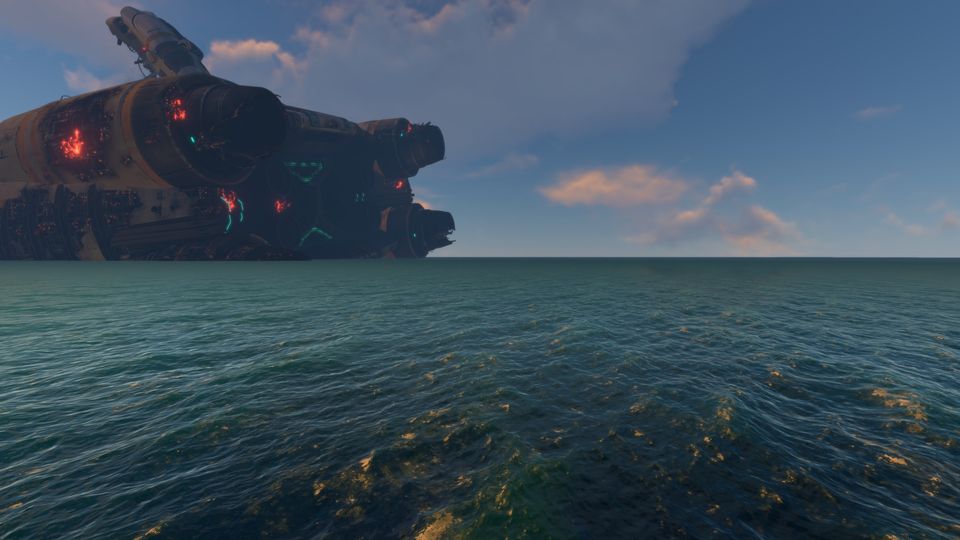 nodamage: You get no damage

nocost: Construction without cost of material

daynightspeed [Number]: Changes the speed of the day and night cycle

day: Change the time to day

night: Change the time to night

sub cyclops: Generates a submarine (cyclops) in front of the player

sub aurora: Generates the Aurora spacecraft in front of the player

biome [name] – This will teleport you to the biome of your choosing, with [name] being any of the following:

goto [name]
Teleports you to a location. Type ‘goto’ with no variable for a list of locations.

warpforward [meters]
Warps the player forward. Use a number to indicate how many meters forward to warp.

warpme
Teleports you to the last base or vehicle you were in, eg, the Cyclops, the lifepod.

spawn
If you’re stuck, just type this to respawn nearby.

randomstart
Plops you onto the lifepod at one of its start locations.

kill
kills you and respawns you back on the lifepod.

item [item] [number]
Adds some number of an item to your inventory. If an item name is two words,
write it as one, eg, item copperwire 10.

spawn [item] [number]
Spawns some number of an item or creature in front of the player, eg spawn seaglide 1.

clearinventory
Deletes everything in your inventory.

sub aurora
Spawn the Aurora (look behind you).

madloot
Fills your inventory with glass, titanium, computer chips, batteries, a survival knife,
a habitat builder, and a scanner.

ency [name]
Unlocks a databank entry. Type ency all to unlock all of them.

nocost
Unlimited use of the fabricator, habitat builder, vehicle bay, and so on, regardless
of whether or not you have the resources needed.

noenergy
Turns off or on power usage for vehicles, tools, and seabases.

invisible
All creatures ignore you.

unlockdoors
Unlocks all doors, except those which need to be opened with a laser cutter.

cure [range]
Cures you and all creatures within the specified range (a number in meters) of Kharaa.

infect [range]
Infects you and all creatures within the specified range (a number in meters) with Kharaa.

explodeship
Blows up the Aurora.

day
Set the time of day to daytime.

night
Set the time of day to nighttime.

daynightspeed [number] – Change the speed of the day/night cycle. 1 is default,
so 2 is double, and 0.5 is half.

speed [number]
Sets the game speed multiplier. Using a 2 would double the game speed, while 0.5 would halve it. Good for setting up screenshots.

entreset
Reload all assets, except terrain.

fps
Displays FPS and other statistics.