Neptune, stricken with amnesia, awakes in a mysterious world where 2D reigns supreme. With a little help from her friends, Neptune embark on a journey to regain her memory, save the world, and 3D games as we know it.

After recruiting both Noire and Blanc at Ratchet Volcano and defeating the quest boss go back to the Guild im Lastation. After the cutscene an NPC named Saya will appear near the item shop and speaking to her while a bit to the left or right will trigger Noire’s sleepwalking event. 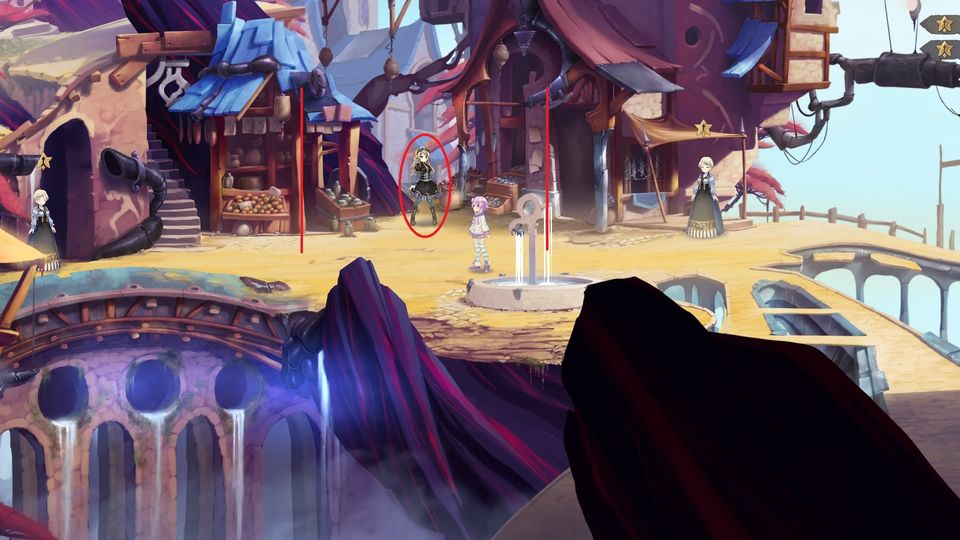 The timeframe for this event begins after Vert rejoins the party for the last time and the The Final Companion achievement is earned. Instead of heading towards the Leanbox Harbor, head straight to Leanbox and go a bit towards the inn. This will trigger an event with Vert.

Unnecessary?
You collected all 7 Tomes

Histiore’s Tome I: Automatically obtained during a cutscene in Akoop Archive

nasu wo [K]utta
You ate an eggplant

When you first arrive at Compa’s House and obtain Histoire’s Tome V, go the Resistance Base in Leanbox and talk to Artisan. Proceed to Twin Mountains in the 3 locations below and return to base once more to talk to her again.

Afterwards teleport to Compa’s House from the save crystal and take a left towards Sakura Road. The final cutscene between Neptune and Noire should occur

Path to a Hero
You defeated your first monster

A Friend?
You are now able to summon Puddingo

A Mysterious Book
You obtained Histoire

After defeating the boss at Ratchet Volcano with Blanc and Noire, head straight to the Guild in Lastation

My Dearest Friend
You saved Noire

Blanc of the Round Table
You had a mental discussion

Earned during a cutscene in Lowee

A Goddess Through Time
You tore Histoire, and turned back time

You’ll get this after the 1st fight with Filyn

Goddess’ Second Coming
Your power as a Goddess has returned

To a Bright Future
You defeated the Ultimate Dragon, and protected the future of Gamindustri

Defeat Ultimate Dragon at the top of Bombyx HQ. Make sure to choose “No” or else you’ll get stuck in the void and will have reset the game and redo the previous boss fights

You’ll get this after beating the game.

Metal Dogoo’s start randomly appearing from Twin Mountains (I think) and are heavily RNG based (besides one specfic location). They are immune to just about everything but can easily be killed with Granite or Granite Blocks

Because I’m the Protagonist!
You’ve played as Neptune over 100 times

Death Should Not Have Taken Thee
You got a Game Over

Take This Special Attack!
You saw your first Break Attack

You’ll learn how to use break attack during the boss battle with Lifeless Soldier at Westwind Valley. Hold L3 and press X in this case (only Neptune is available at this point) to execute a Break Attack when the gauge at the bottom reaches 1 level.

This should unlock from a combo of about 50 hits. Just use Chrom’s Break Attack to unlock it easily

Breast Hero
You went to the hot springs with everyone

After beating the game there will be a cutscene at Compa’s House and it will automatically unlock.

Nepko Did Her Best
You cleared many quests

Obtained after clearing 30 quests. Shouldn’t be that hard of a task as there’s more than 30 quests in the game and each city and dungeon always has NPC’s lying around. Most of the quests do required key item drops from enemies or chests that are scattered all around and only appear when a specific quest has been accepted

“Will provide all locations later”. Only 15/20 are required

Accessory Collector
You acquired a total of 100 different accessories

This will be a pain to obtain so be sure to pick up the Bronze Crown at Yanderella Castle which has the Credits Boost ability. The ability only seems to be available for Noire apparently (or maybe DLC characters) so make sure to Master it’s obtained. The best place to farm credits is the secret Dogoo room in Inside Histoire as you can get the other more grindy achievements out of the way at the same time 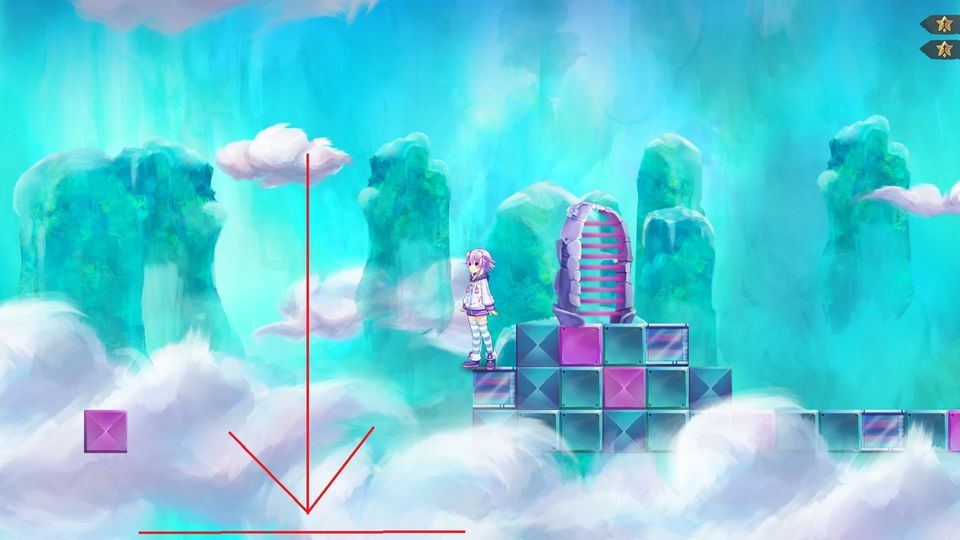 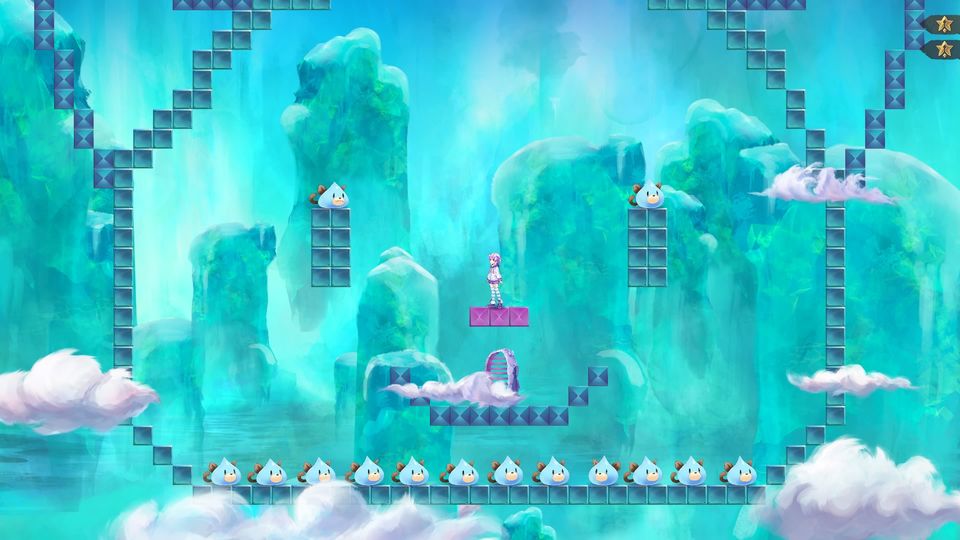 Before beginning, make SURE to have the Energy Scarf which is located in Sakura Road as it has the XP Boost ability and thankfully all characters can learn (and keep the ability once its mastered).

Here we go. The most annoying achievement is now even more annoying and I’ll explain why.

Some @sshat at Idea Factory International thought it would be funny to jack up the price of Granite Blocks from 800 Credits each to 10,000!!! which makes acquiring this achievement far more painful than it originally was. Anyways, in Inside Histoire there’s a hole near the end of the dungeon that has a secret room full of Metal Dogoo’s… Wait I’m not done yet. The problem is the Metal Dogoo’s level up as you do and require more Granite or Granite Blocks to be defeated to the point where they’ll run away if there’s a group of 3-4 and since each block costs 10,000 and will require 5-6 when you’re around Lv. 85… I think you get the point.

Now do you see where I’m going with this? Nevermind the fact the you WILL need plenty of cash to buy weapons, armor and accessories that will also cost a fortune. A ton of EP will also go to waste since you’ll end wasting lots of time grinding trying to build up whatever credits you can get using only Granite vs the blocks.

The only workaround is to purchase 99 Granites for each trip and hop for the best. When your level starts getting too high just stick with groups of 2.

This method is also a good way to farm formation points, equipment points and credits (for the achievement at least).

An ability that Neptune, Vert and Chrome can learn from specific weapons

Kenkonken (Chrome)
Can be earned from the quest Brave Crystal