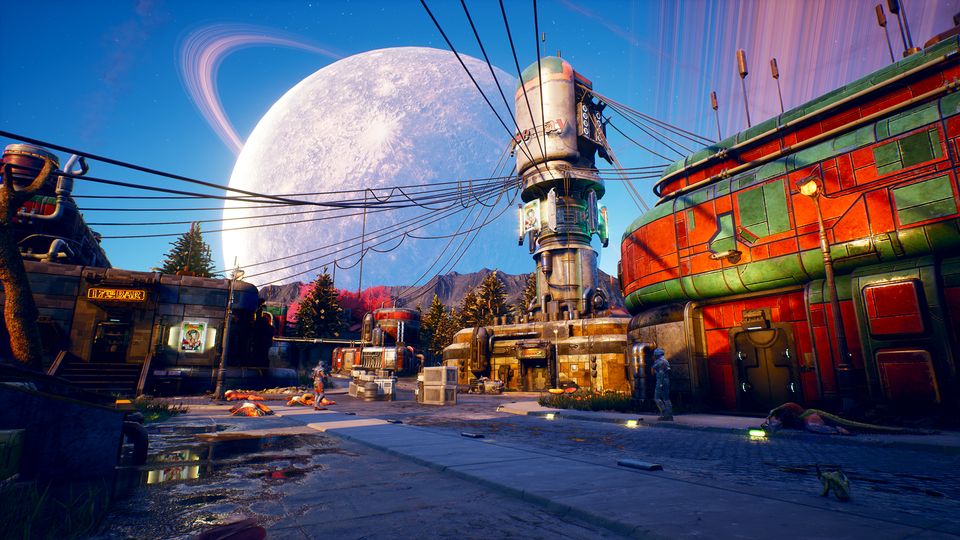 Tasks in The Outer Worlds, are side activities that players can engage in across the various planets of the game to help the local population with their troubles. The Outer World tasks are pretty straight forward and reward players with a decent amount of XP so it is always worth taking the time out to finish them.

While you don’t necessarily have to complete these tasks, they are fun activities, have decent rewards and are a good way to get the best out of the RPG experience that The Outer Worlds has to offer.

There are 4 workers that are late on their payments and you have to visit each one separately to collect the fees. These four are as follows;

Following that, after you mention Silas, he will immediately pay up. You can, however, use lie and get more gain out of him

Alternatively, you can kill him to rob the fees off him and loot his place for supplies, which there are, ample. But doing this will cause you Reputation loss with Spacer’s Choice.

For that, inspect the back room for a ledger where you will find a note from Phyllis about a suicide. She also demands Conrad to pull the teeth.

In the Botanical Lab Greenhouse, you will find the Golden teeth items that you should bring back to Conrad to be done with him.

Again, you can alternatively kill him and loot his place.