Stefan Garcia is an NPC in The Outer Worlds. NPCs are not able to be controlled by the player, but interacted with and are often a part of Quests within the game. Some will play a larger role than others, and some can even be recruited as Companions.

Stefan Garcia Location
Stefan Garcia can be found at the Botanical Lab on the porch of his residence, which is right next to Zoe’s.

You can find this quest here on the map, in the Botanical Lab. 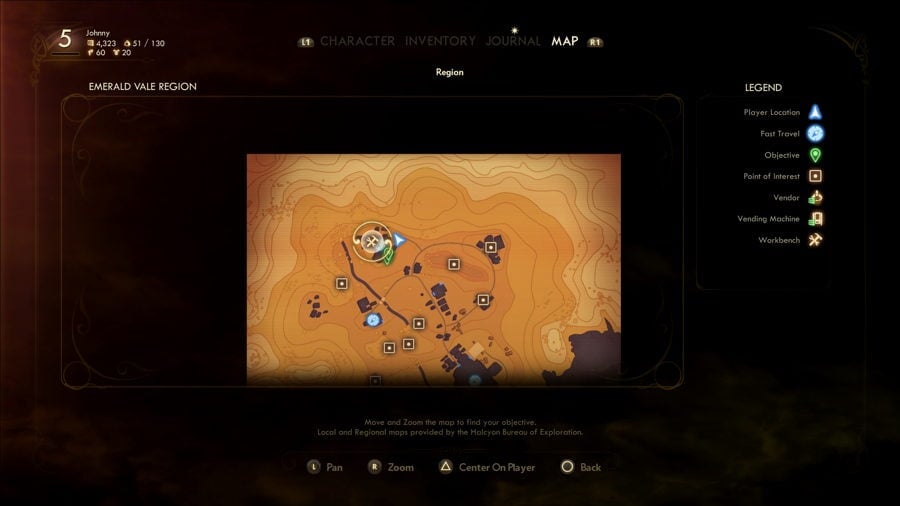 You will get this quest by speaking with Grace Romero who is present at the entrance to the Botanical Labs which is north of Edgewater in the Emerald Vale. She will ask you to help her find a lost deserter. Help her by investigating Zoe’s room and by also speaking with her friend Stefan who will be present at his residence on the porch.

Inquire about his disappearing day. You will be told that Grace never came with her for the serial they were going to watch. He had a copy of Masked Marketeer as a surprise for her. You will also be told that she was “journaling”.

You will get 1125 XP and a quest update when you read the Journal at Zoe’s house.

Go to Zoe’s destination and you will meet a group of Marauders and Candid that you have to defeat. A container in this area has a Mag-Pick that you can loot. There is also a primal Behemoth present in this area which is not that easy to defeat, so be careful. Once you defeat the afore mentioned enemies you can then loot the cave close by which has Heavy Ammo, Energy Cell, Weapon Parts, Armor Parts and Bit Cartridge.

You will also have to defeat the Marauders and Canid in this area as well as be careful of the landmines present in this area. Defeat the enemies and talk to Zoe upon which she will tell you what she went through and her experience of the outlaws.

You can use Persuade (10) or Intimidate (38) to make her return. If you persuade her you will get an option of talking about Stefan. You will get 1125XP along with her return to the Botanical Lab.

Or you can also kill her and get 1500 XP and get her ring to prove that she is dead.

You will go back to Grace and let her know the truth about Zoe which will not cause any problems and you will get 4125xp along with increased positive reputation with the Deserters faction which will also raise your status to Agreeable if you had none.

You can also lie (5) to her keeping in mind that you killed her and show her the ring as proof that she is dead. You will get 4000 XP, Deserters Reputation and a Bolter Pistol.