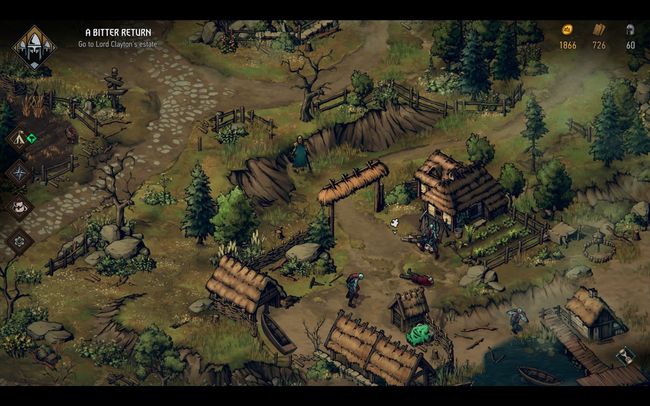 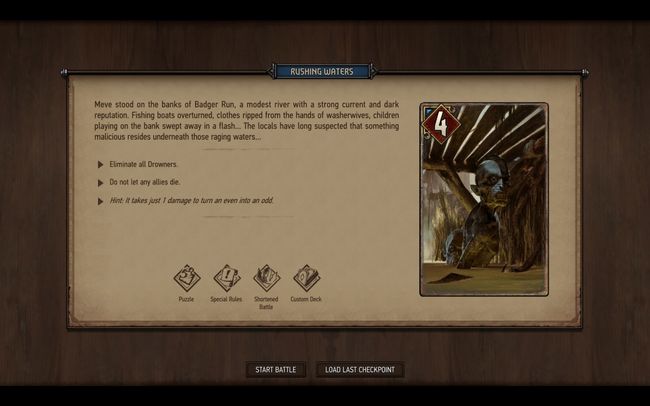 You should eliminate all Drowners during just one round. It’s important to make use of their ability: each turn, the opponent changes the rows of cards. If a unit with an even power (for example, with ‘’4’’) goes down from the ranged row, it damages all units on your enemy’s row by 2. But if the unit’s power is odd, it can’t attack the enemy. 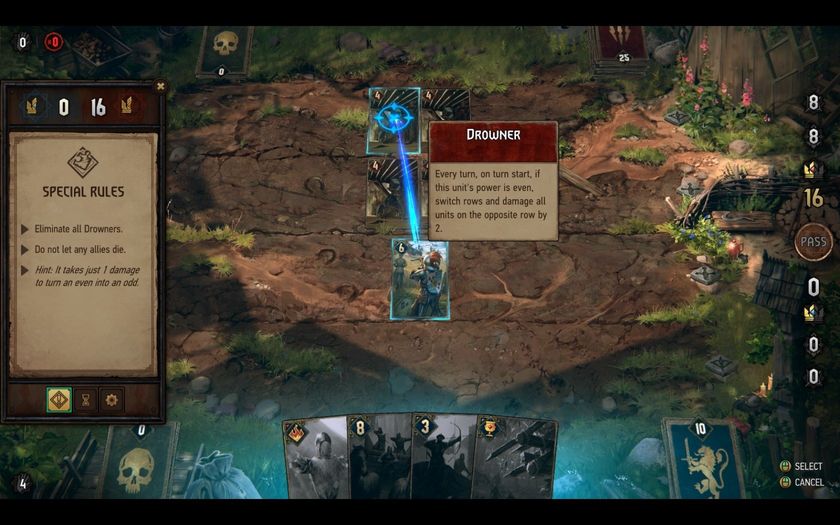 Your task is to destroy the cards before the end of the turn and not losing any of yours. Here is the right sequence: 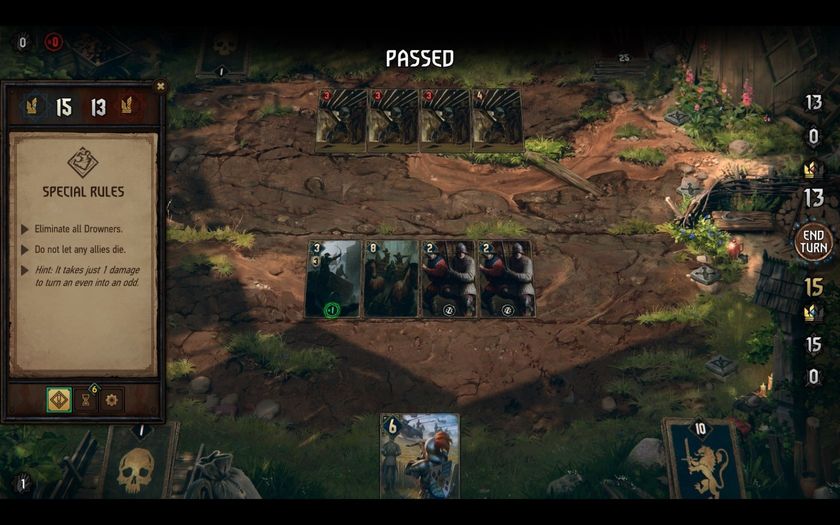 After winning, you can investigate the bodies and find some resources and a treasure map (in the letter). 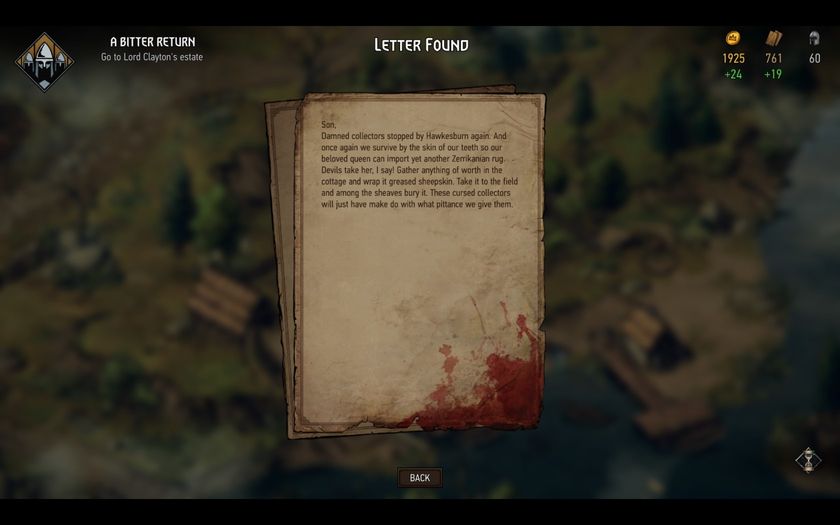 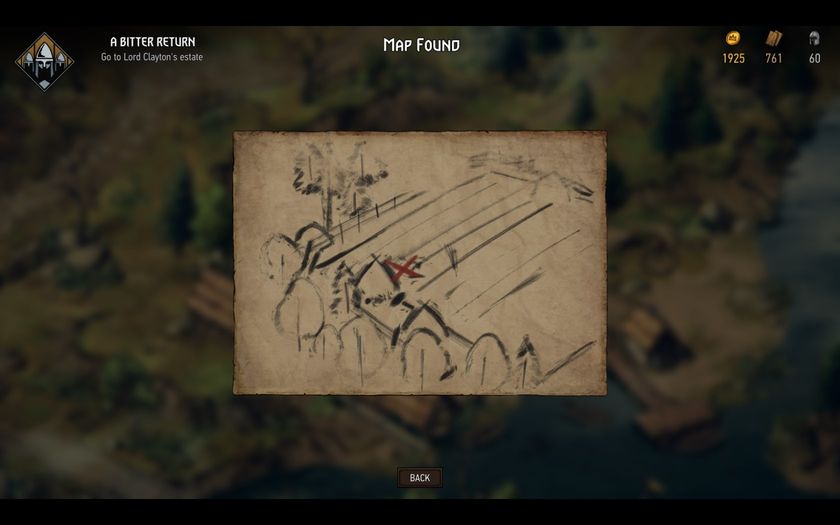 The treasure is buried in a field between two sheaves. This place is situated right to the left of the battlefield. There are no plants on this field—just two sheaves on the left side. Come closer to them and you’ll see a spot where you can dig. Open the chest and you’ll get 240 gold and a new card that can be used in the GWENT multiplayer card game. 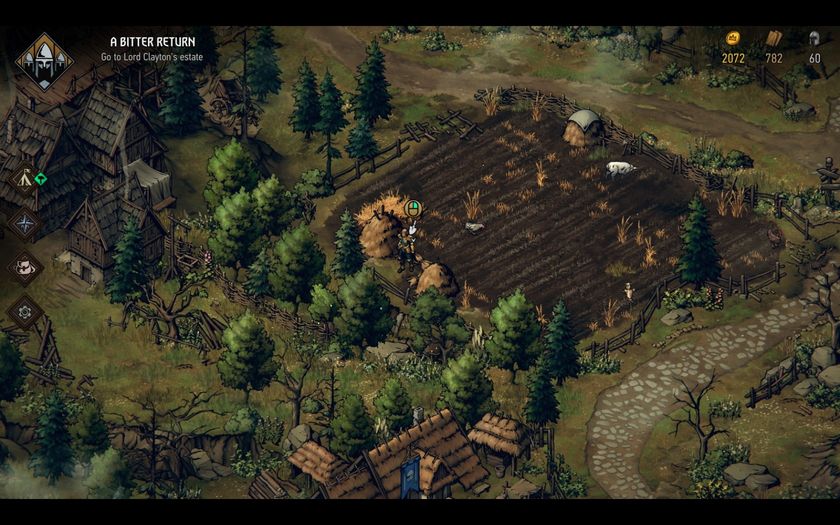 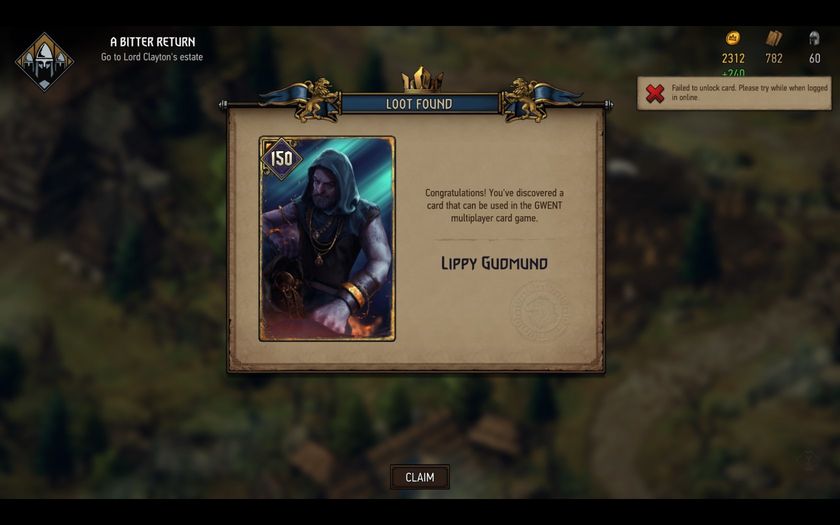