Treasure Hunter Claire – How to get True Ending

We’re going to need only two main conditions to achieve the True Ending:

So, for starters, you’ll need to finish your first run, it doesn’t really matter which alternative ending you chose/get (because the true ending only becomes available after ng+ anyway), the important thing is that you finish the story at least one time, we’re going to need that NG+ because Cyrus is “locked” on your first playthrough and you really need to max all the character’s affection quests (Yukino, Millith, Jessica, Leon, Raul & Cyrus) to achieve this ending.

Though i’d higly recommend you to do a “Powerslut Run” first because it’s the easiest way to stack upgrades/levels which you’re going to really need to complete this true ending and the secret dungeon.

Before you finish the game and enter the final boss’s room, you’re gonna need to equip the title “Treasure Hunter” Title (edit, not necessary, but that’s what i did). Once you finish the game your first time you’re going to automatically obtain 2 titles regardless the type of ending/corruption level (etc):

“Heroic adventurer” & “Super Lewd Adventurer”, select NG+ and start a new adventure (be sure to select the option to carry over all your levles/upgrades/items). 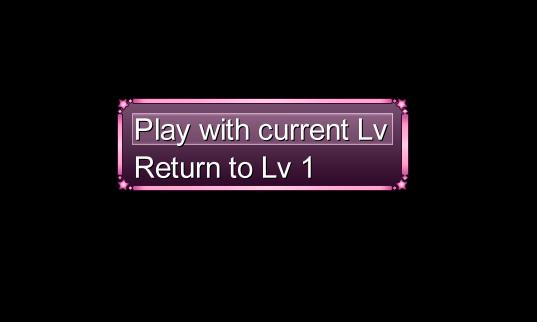 Important: Do not skip the prologue/intro! I made this mistake mysel a couple of times while i was struggling to figure this out, this will (possibly) screw up your entire run!

The true Ending is achieved through Purity, which, as i said before, it’s tied to your level of shyness (has to be 100 at all times) Karma (0) Desire (0) etc.. So how is it even possible to achieve that when you have the very first unskippable scene increasing your desire, Karma and lower your shyness? that is what i asked myself when i was trying to get the true ending myself.

It’s fairly simple actually, by equipping your freshly obtained title “Heroic Adventurer”, what this title does is lowering character’s Desire level by 100, 0 negates dom and sub, it preserves your shyness and it also Makes it IMPOSSIBLE to gain Karma points (these procs after every single scene/lewd action). That’s exactly why you need to play out again the prologue, since it’s the only chance you get to equip this title before the goddess’s scene (thus completely negating “negative” changes to your stats).

You should also avoid at all cost using Sex Skills during battle.

I didn’t actually test if Desire can actually break/ruin your True ending run, But i’m fairly sure, it’s kinda implied (the devs went that far to give your a title, just after you finish the game the first time, that negates perfectly every single mandatory lewd stat increase). that would be the case.

Alright, from here on out, the proceedings are fairly simple, just skip every single quest and rush through the game up until the Sky Temple, once you’re there go back to the city and complete all Raul’ and Cyrus’s quests (you can also do this before as soon they’re available to complete), then, once you’re finished, you can go ahead and do the same for all the other characters. (If you’ve done a “powerslut” run before ng, you should be strong/Op enough to oneshot everything that gets in your way, thus effectivly negating battlesex interactions and lewd stat change).

After you’ve done all of that Challenge the Sky Temple’s Boss, afte defeating him you will get teleported back to town.

Important: This is the actual final trigger point to achieve the True Ending BE SURE, to carry out/fulfill all the necessary requirements before challenging this boss. 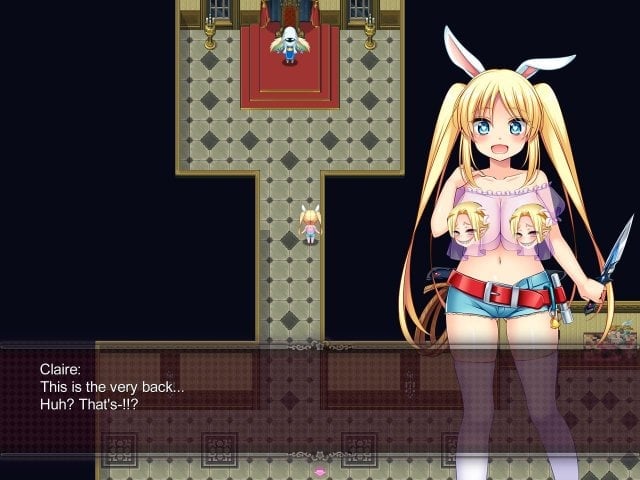 Small note: Here i used a screen from my first run, if you’ve done everything right you shouldn’t be able to dress in any costume other than your default and maybe the sailor/schoolgirl one.

Remember to keep the “Heroic adventurer” title equipped at all times, because most of the Affection quests will involve some sex scenes and, yes, other characters stats are tied to your own but they all give the same amount of stat changes so, the title will effectively negate every single lewd increase and decrease for them too. That includes all the battlesex interactions.

Raul’s and Cyru’s affection quests trigger on purity, that’s why all of this is necessary to be able to max all character’s affection to get the True ending.

Once you’ve maxed affection with all your other characters (5 Hearts) You’re going to be able to finally go for the true ending Instead of betraying you, Cyrus will stick with you, Milly will reveal her true origins and her mission, she will suggest to purposefully offer the treasures to the altar to be able to defeat her once for all in her physical form. Now then, it’s finally time to reach the same final boss room (in the dark temple) again and defeat the Evil Goddess once and for all. Now this will be the real challenge in the entire game, the boss has alot of health and does Remarkable damage even at high levels (I was level 87 and she did enough to almost kill me in 2 hits, which is why i reccommend you complete a “Powerslut” run first, since it’s the fastest/easiest way to gain alot of levels, ♥♥♥ upgrades and max your normal stats).

And that’s it! You Got the True ending! Congrats! 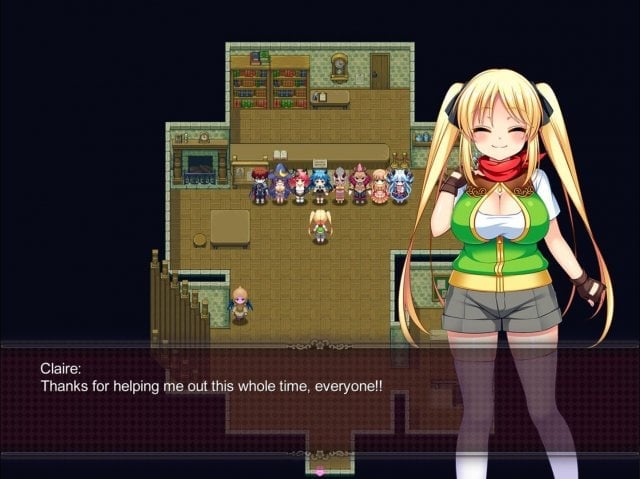 All that’s left to do now is to complete all the normal quests and scenes you had to miss to complete this run (or you could simply examine The teddy bear in Claire’s house to automatically unlock all the scenes you missed) you can now also. Enter the Secret Dungeon and get the goddess final gangbang scene (to do that go to the overworld map and keep switching location until you get the location “Demon’s Lord Castle”), read some devs fun facts, fight some tough monsters and a bonus crossover optional boss, which will actually require you to max Claire’s level and, probably, your other teammate’s, they are very strong, even at maxed stats, probably the only possibility you have against them is to get all the character’s final weapons and raise their level around 80 or max, i haven’t beaten them myself because during the main story you’re only really required to upgrade/level up only claire, since your teammates don’t have the Hero’s power, they’re basically almost useless, but they really become useful during this single final challenge.

And that’s it, you’ve done it, thank you for reading this guide, i hope it has helped you/saved time achieving the True Ending (i struggled myself with it and i had to test different methods out until i came to these conclusions).