You wake up in a liquid tank, having lost all memories and ready to beat down anyone who gets in your way. Your only wish? To find out the truth about your past. Travel around the galaxy visiting exotic planets in order to become stronger so you can finally face the man behind the mirror.

This will help ya with stat allocation, loot progression, at what points to farm for loot and levels. And if everything fails, then it’s time to time travel.

Time Travel +1 and so on.
Chi points only necessary for your favourite skill, minimum amount of crit chance, then just focus on attack and attack speed. 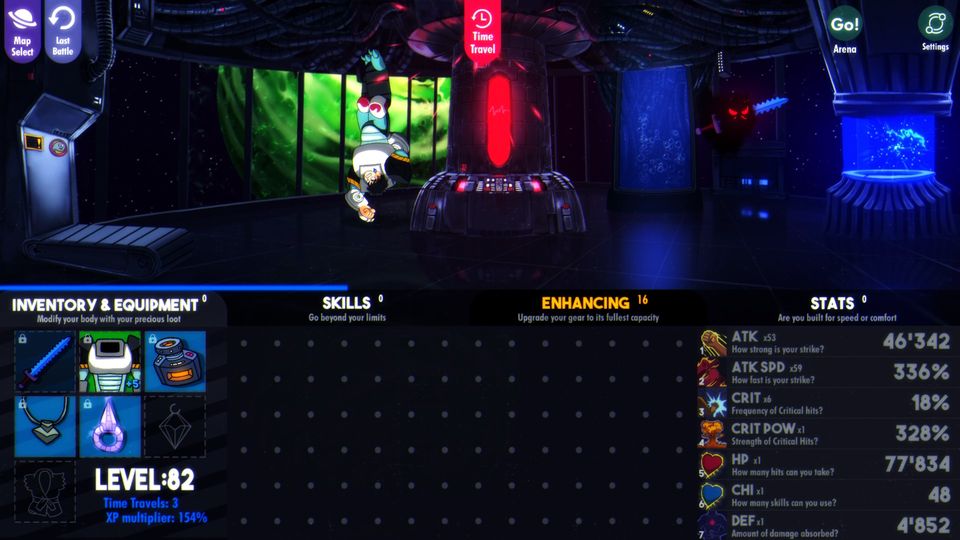 For active skills, I don’t really bother with them at first, only just use one that does as many hits as possible, or well overall the highest dmg possible per cast.

For passive skills put 1 point into first 3 passives, then just focus on Life Recovery till it’s max, it will synergize well with health gains from equipment, without HP it will lack the oomph to survive.

Later on after traveling through time few times, you will unlock High Power that will let you revive/resurrect yourself, even 4 times in a row at max 66%, or possible more, highly suggested to get it even earlier than Life Recovery. The rest of passives get whatever pleases ya, though I avoid Vital Energy (Chi recovery). 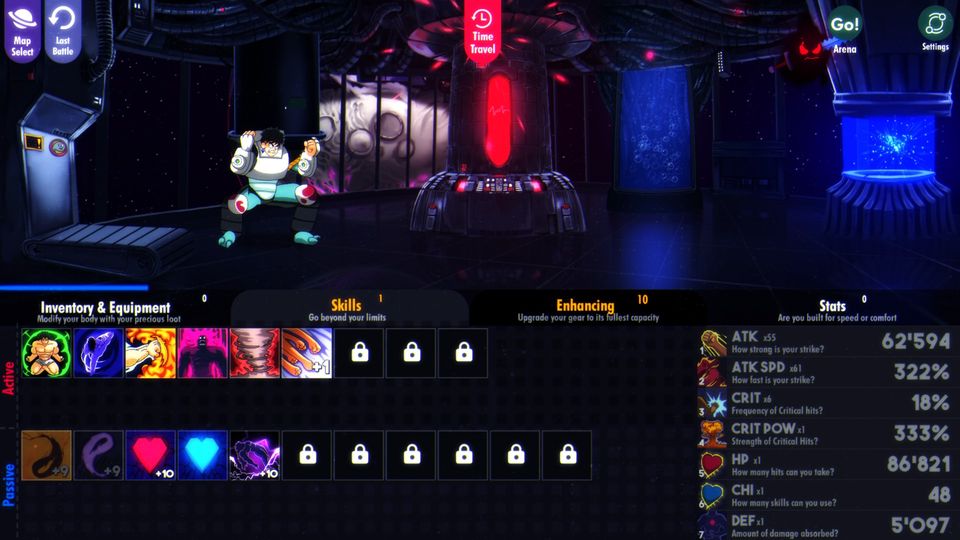 Mainly you need to focus on the basic stat, except for the first item slot sword, and get as much HP(health) as possible for secondary slots. Then if you get lucky enough, go for attack speed, attack and then crit power, if you focus on skills more, then attack, crit power, chi, in the same order as listed, but only if the stats are pretty much equal % wise.

First thing first, you need crystals for that. You can get them randomly from enemies or from arena rewards, also after time travel.

Best would be to focus on enhancing your most rare items first or only the highest rarity that you can get your hands on at the moment. Very rare green being the first highest rarity you can get in the beginning from your first boss. Or you can also focus on items that have the most or biggest stats, if you don’t want to wait for a better rarity drop that might have better stats.

As the title says, it’s rather simple, clear your waves, then progress until you get to the boss, and stay there a while and farm the living hell out of them, until you get good enough rarity gear and/or you can’t level up anymore there from a single run.
If that isn’t enough to progress forward, it’s time to enhance your best items, if that fails, it’s back to the beginning via time travel.