In this guide, you will find all secret locations in every chapter to easily obtain the “Secrets” achievement!

The only secret of the chapter 1 is in the room where we obtained the two circuits to encrypt the radios. Roll in between the top two computers and punch the wall to reveal the secret room.

Go through the opening in the wall and break the lone computer in this room for a stamina pick up. This passive upgrade will permanently give you +2 HP!

After you cross the sewer channel with the raft, you’ll be in a room with a single shredder. Break the trash to obtain an empty bottle and break the wall behind it to reveal a secret room. Inside it,
break the only pile of trash for a stamina pick up. 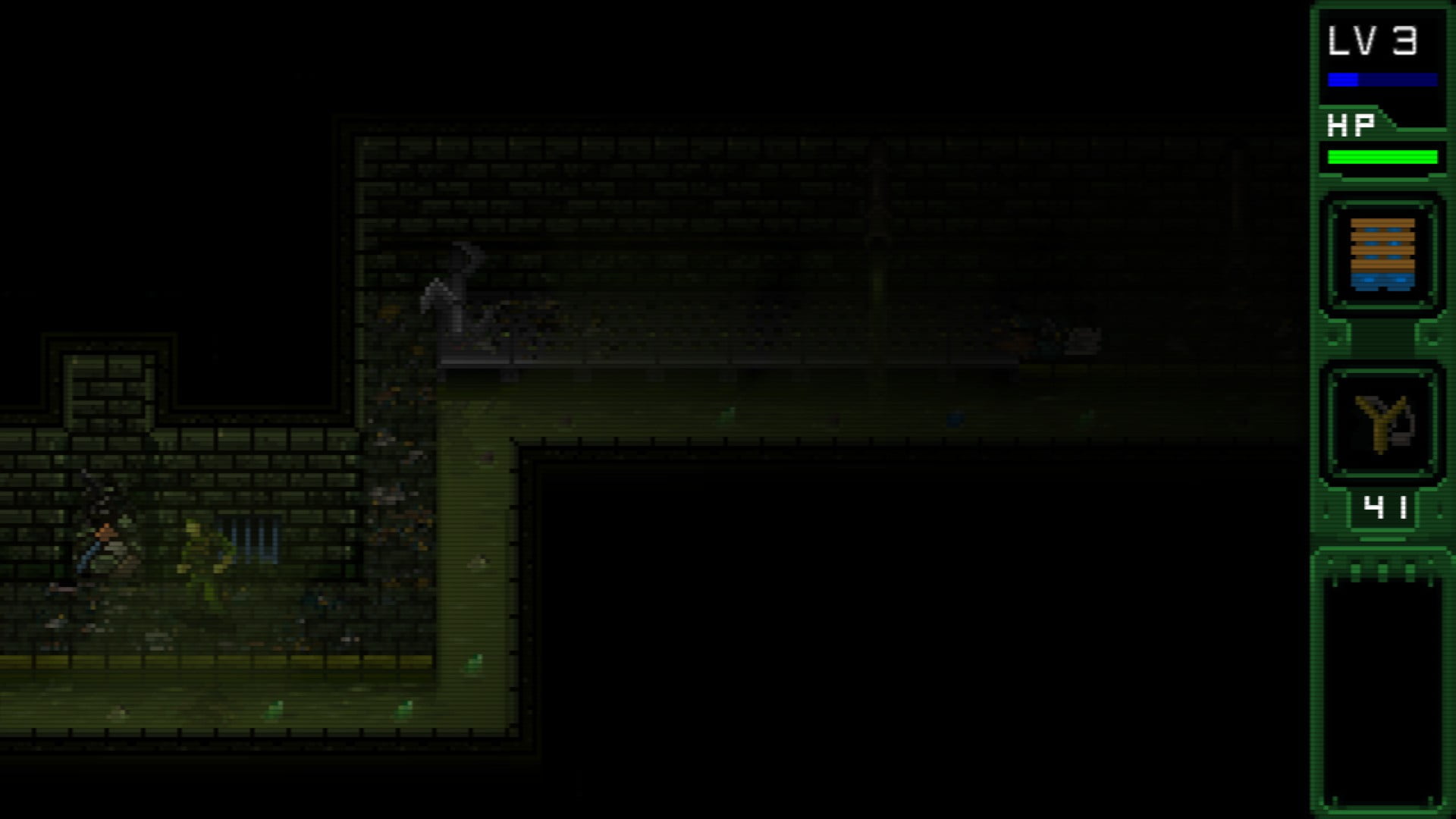 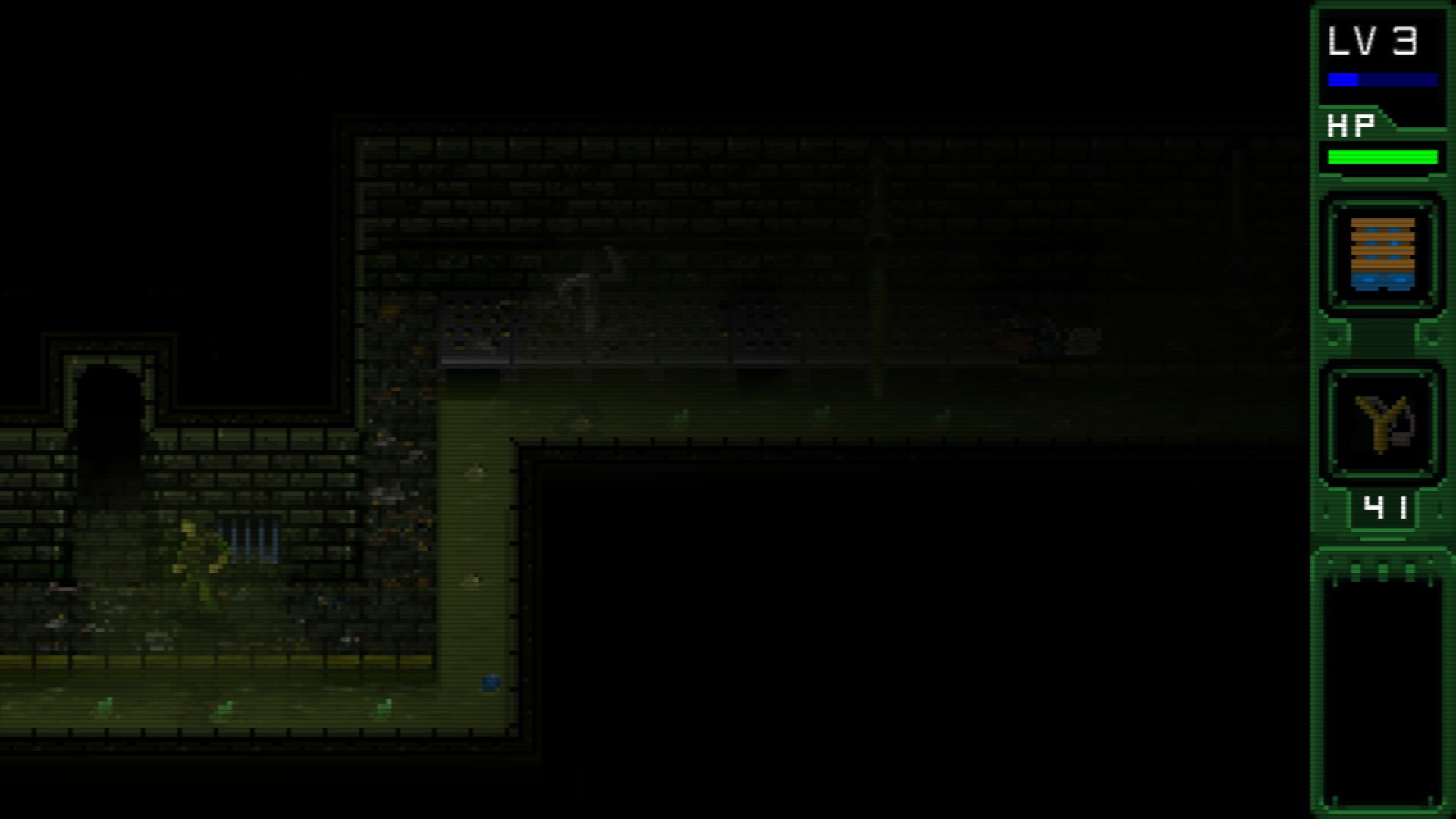 After the area with the rats/squirrels and tires you need to burn with the flamethrower, you’ll be in a room with two shredders.

There’s a single patch of sewer water in the top right corner. Place a raft on it and punch the northern wall three times to break it down, revealing the second secret room of this chapter.

After meeting the doctor, use her access key to proceed towards the elevator. When the path splits, go to the east and enter in the office.

In the room, attack the middle of the map for revealing the first secret room. You’ll find a lot of goodies here including bullets, a bullet slot and stamina. 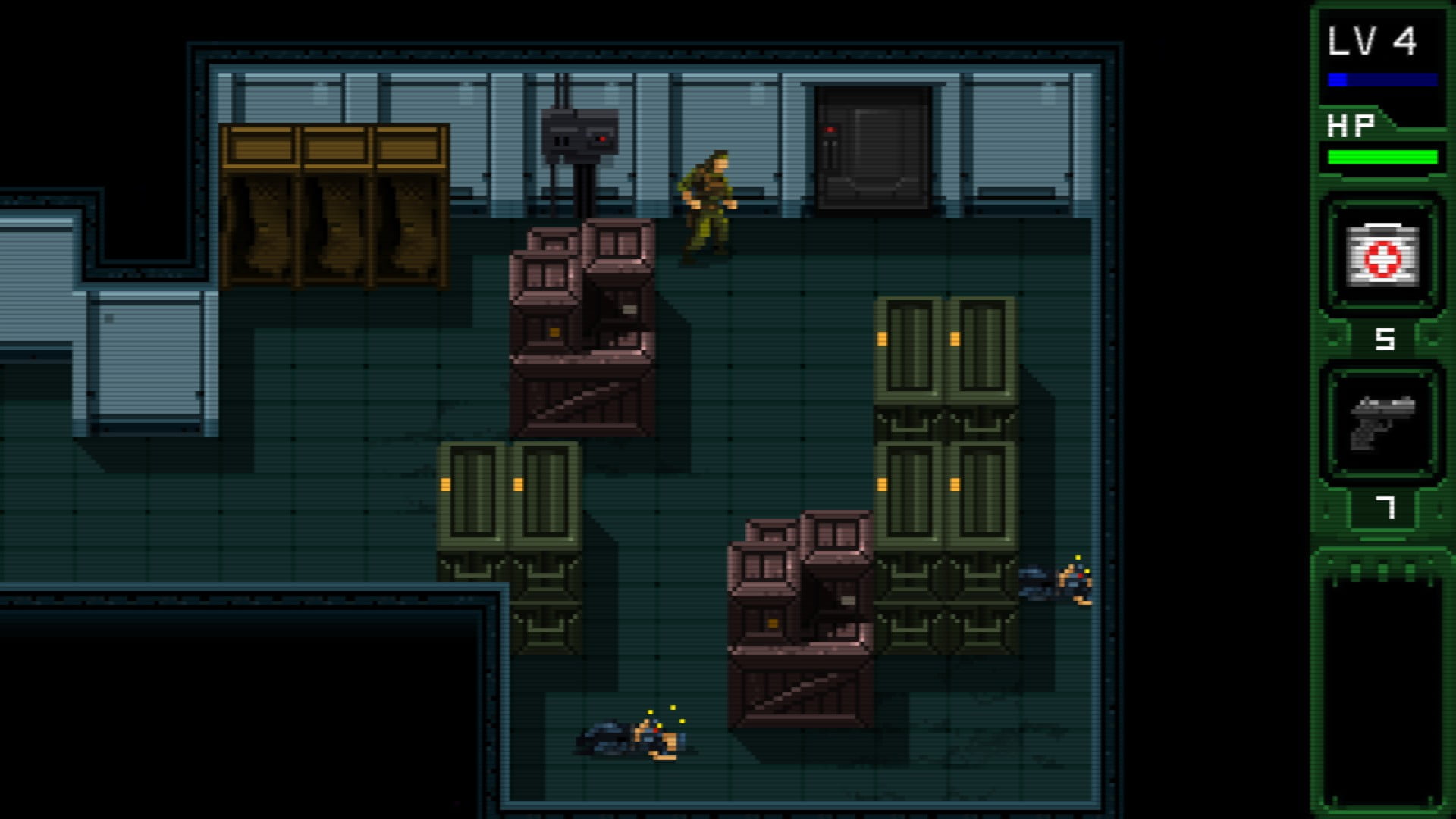 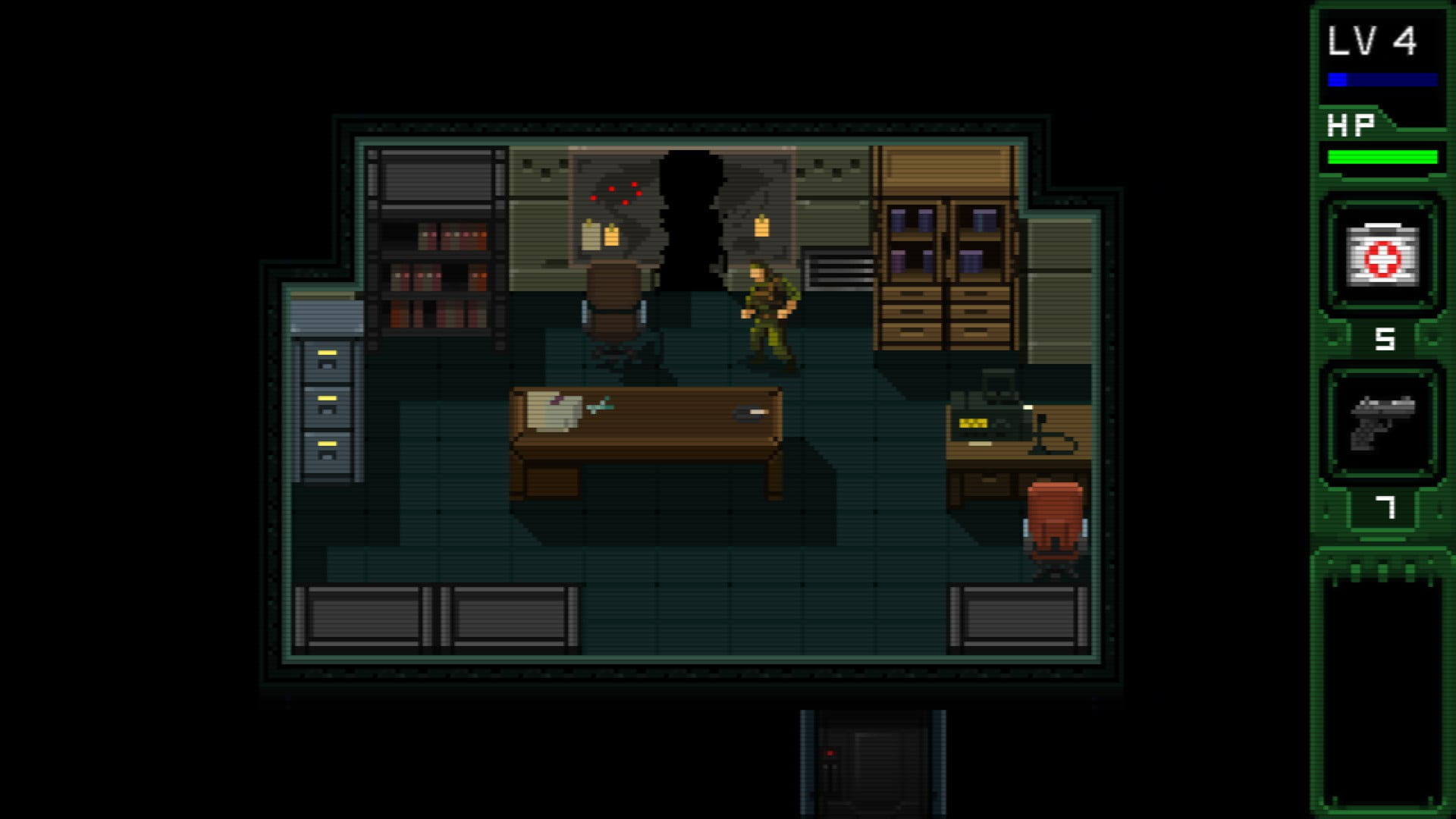 After you get the level 3 card from defeating the Lieutenant Marksuson at the end of this chapter, don’t go in the direction of the exit. Take the elevator back to floor 2, and follow the path on the left until you reach a door.

Once inside, punch the top right corner of the wall a few times to reveal the secret room with a couple of bullet slots and stamina.

Chapter 4: Welcome to the Jungle – 4 secrets

At the start of the chapter, go immediately to the south. There you will find a truck. Walk in its direction and enter in the back of it. There, punch the box to obtain a stamina upgrade. 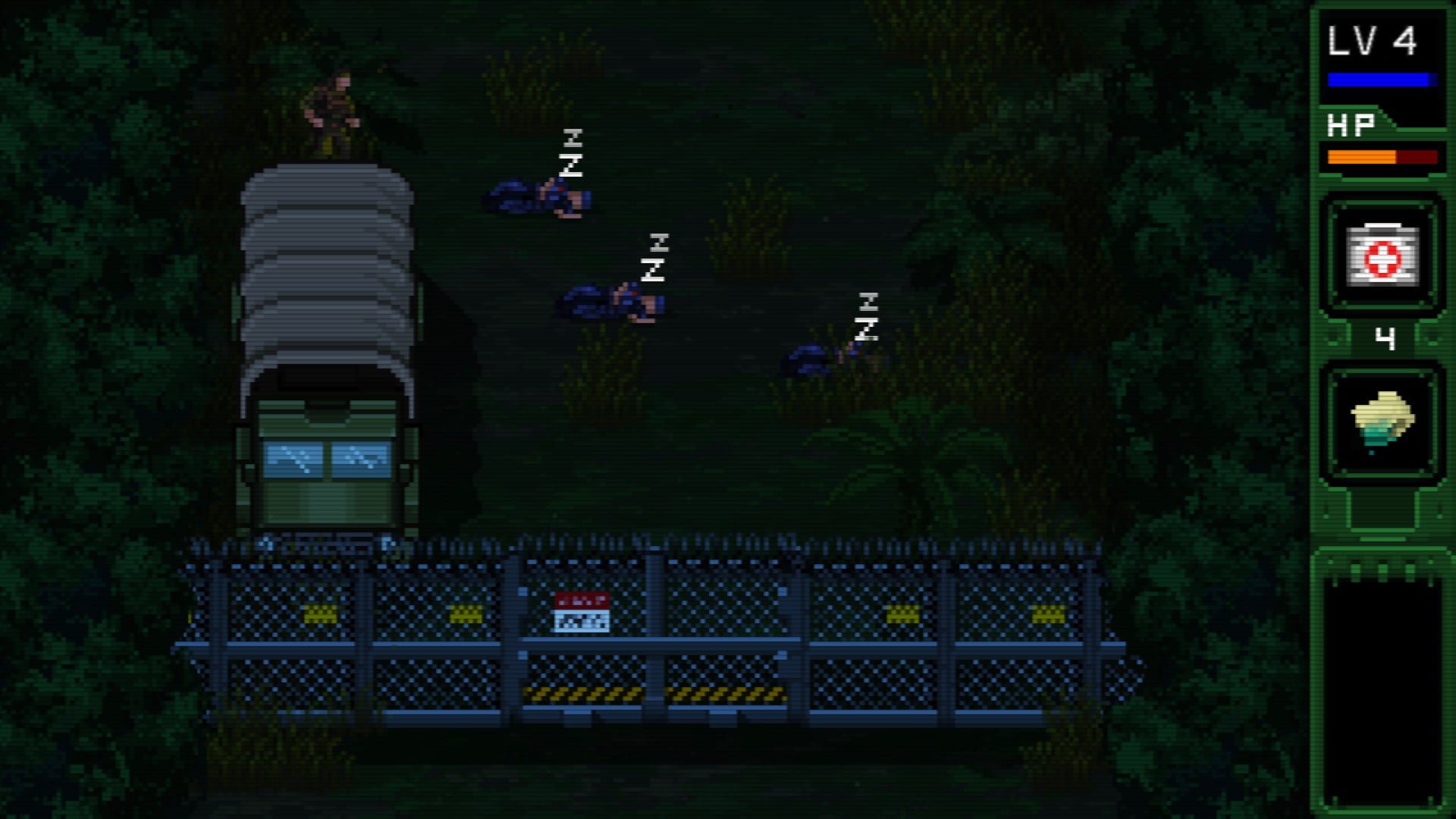 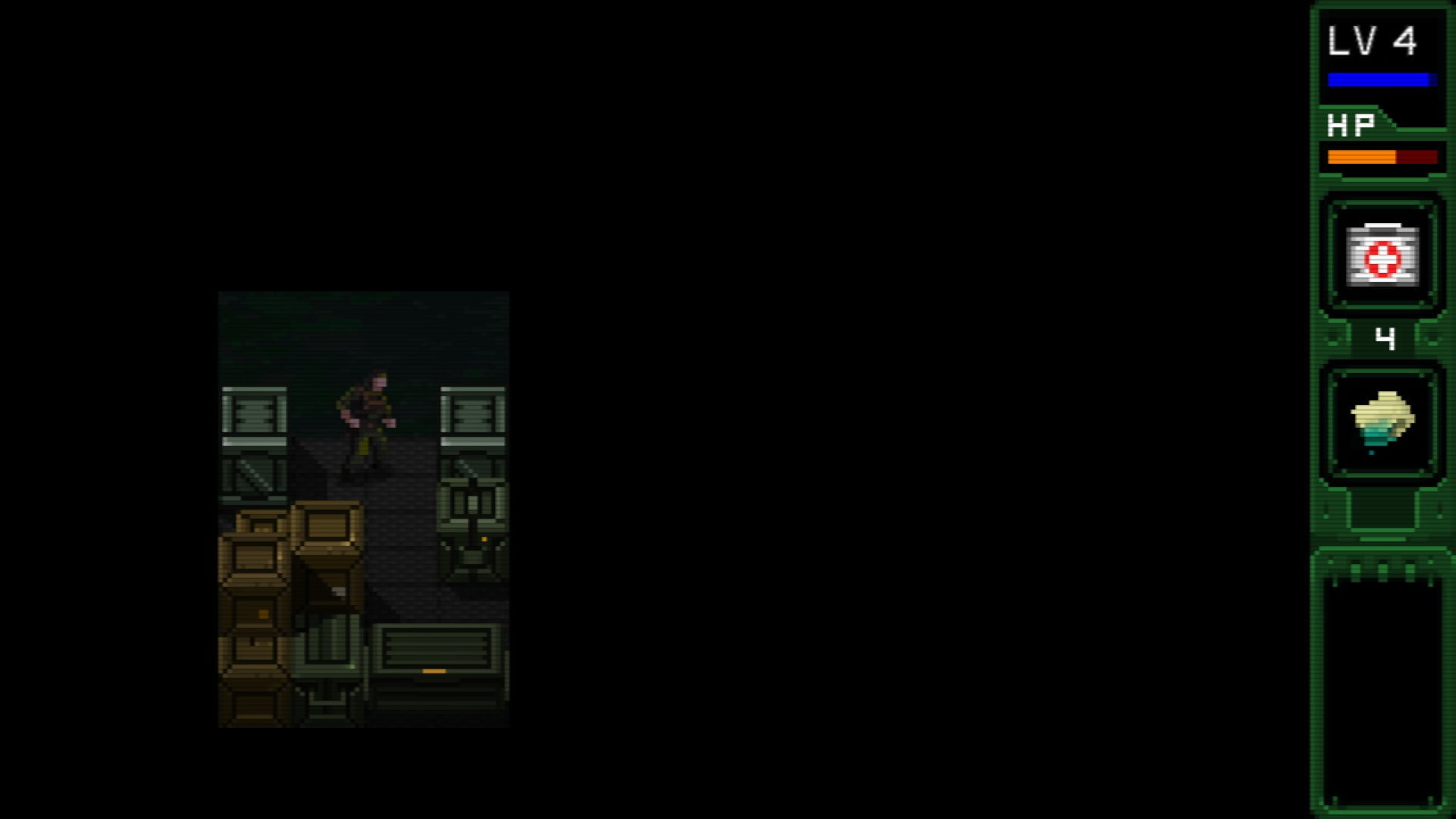 In the area with all the question marks, move into the trees until you reach the area circled in the image below to obtain a stamina upgrade who will appear in the middle of the screen. 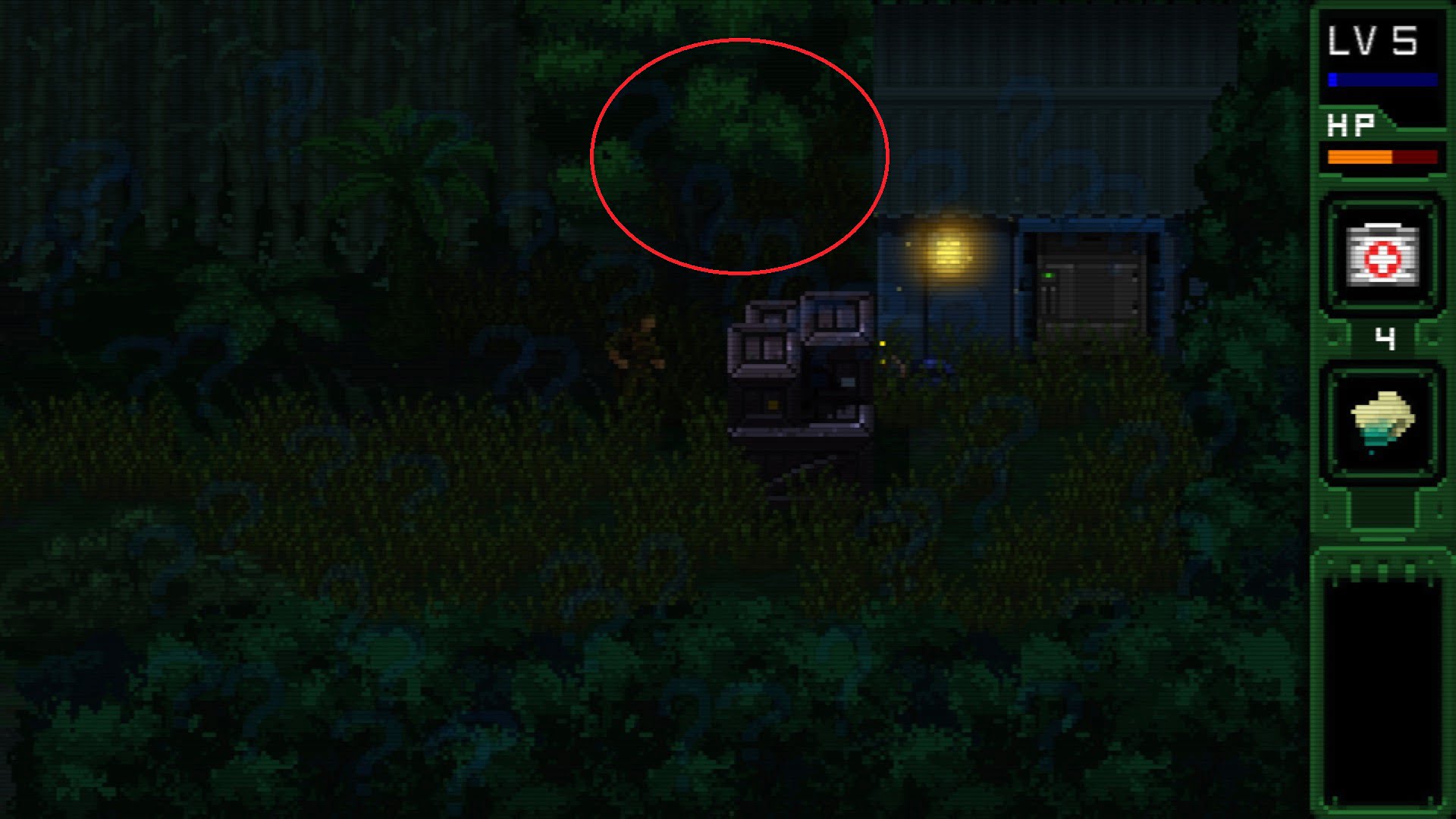 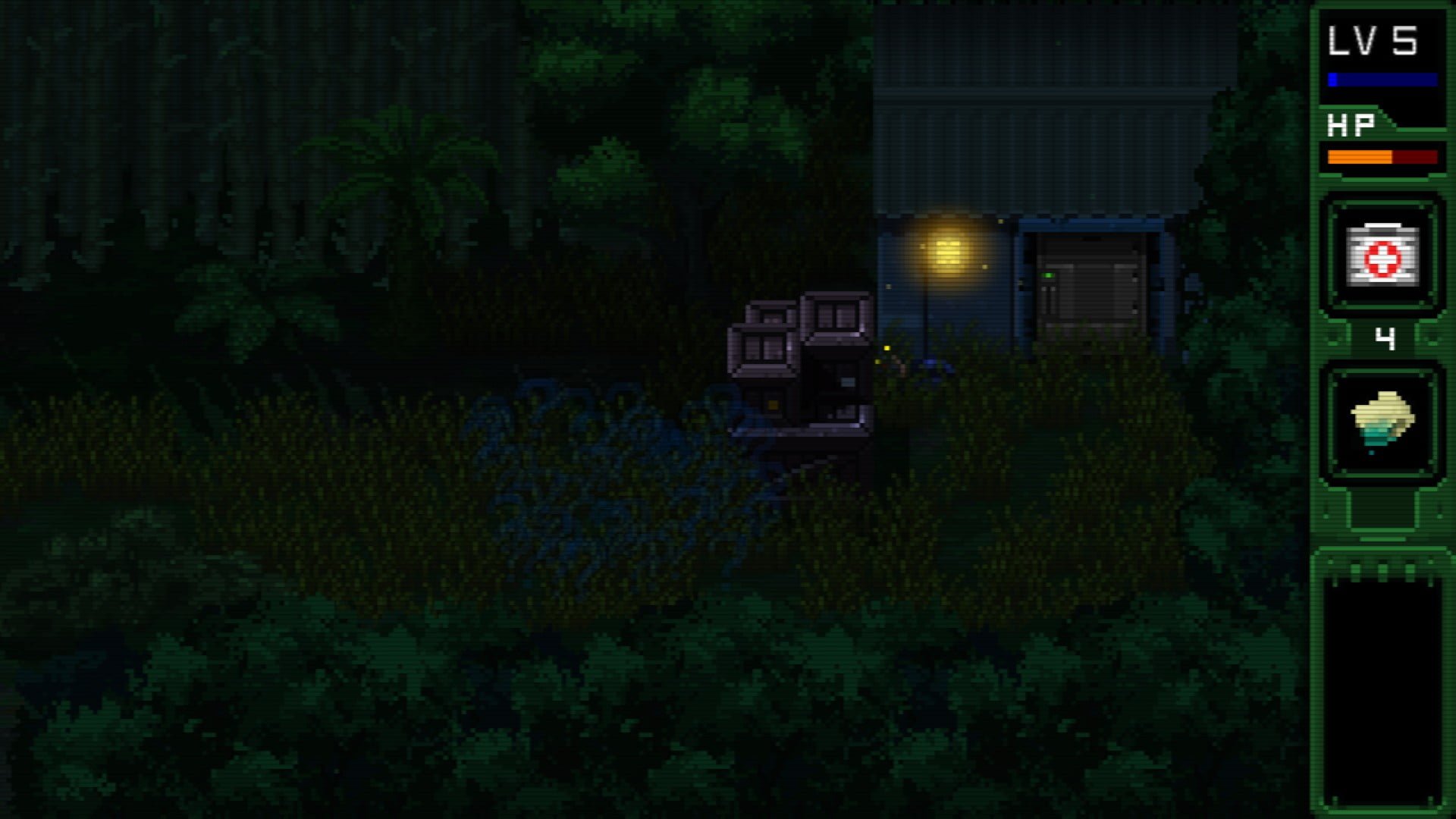 After you defeat the Turret Storm boss, you’ll get the basement key. Enter in the bathroom, at the left of the room with the flames coming out of the grates and punch the northwest wall here.

Go through the gate at the end of this path, use your basement key to unlock the door and break the boxes for a stamina upgrade and a bullet slot. 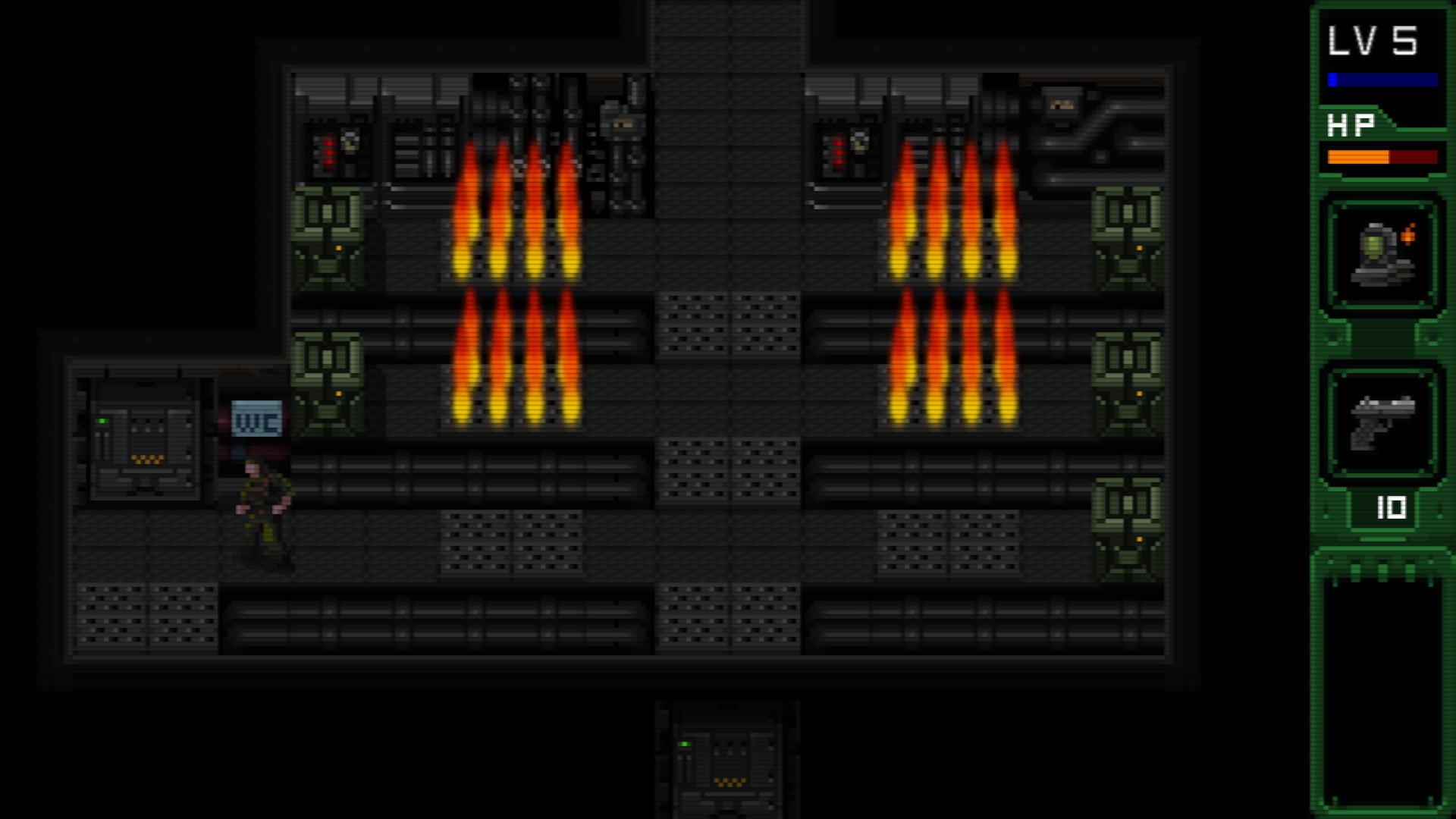 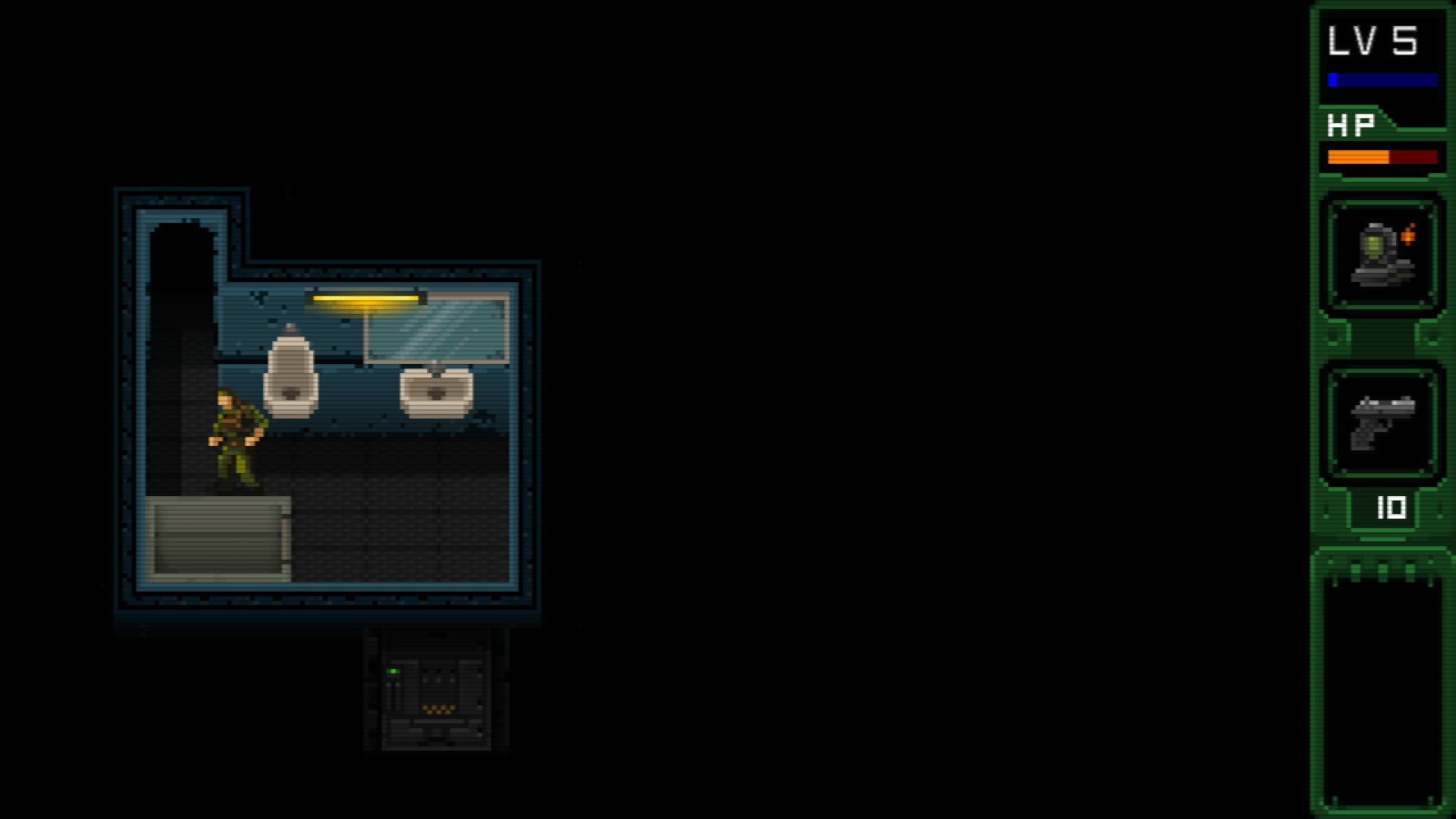 When you exit the jungle labyrinth, you’ll be in a place full of question marks.

Punch the large tree in the middle of the screen three times and a stamina upgrade will appear in the top right corner of the screen.

The building in the starting screen on the left has a secret. You’ll have to loop around to enter it. Once inside, break the bed to the top right to reveal a hidden hatch with a secret room. 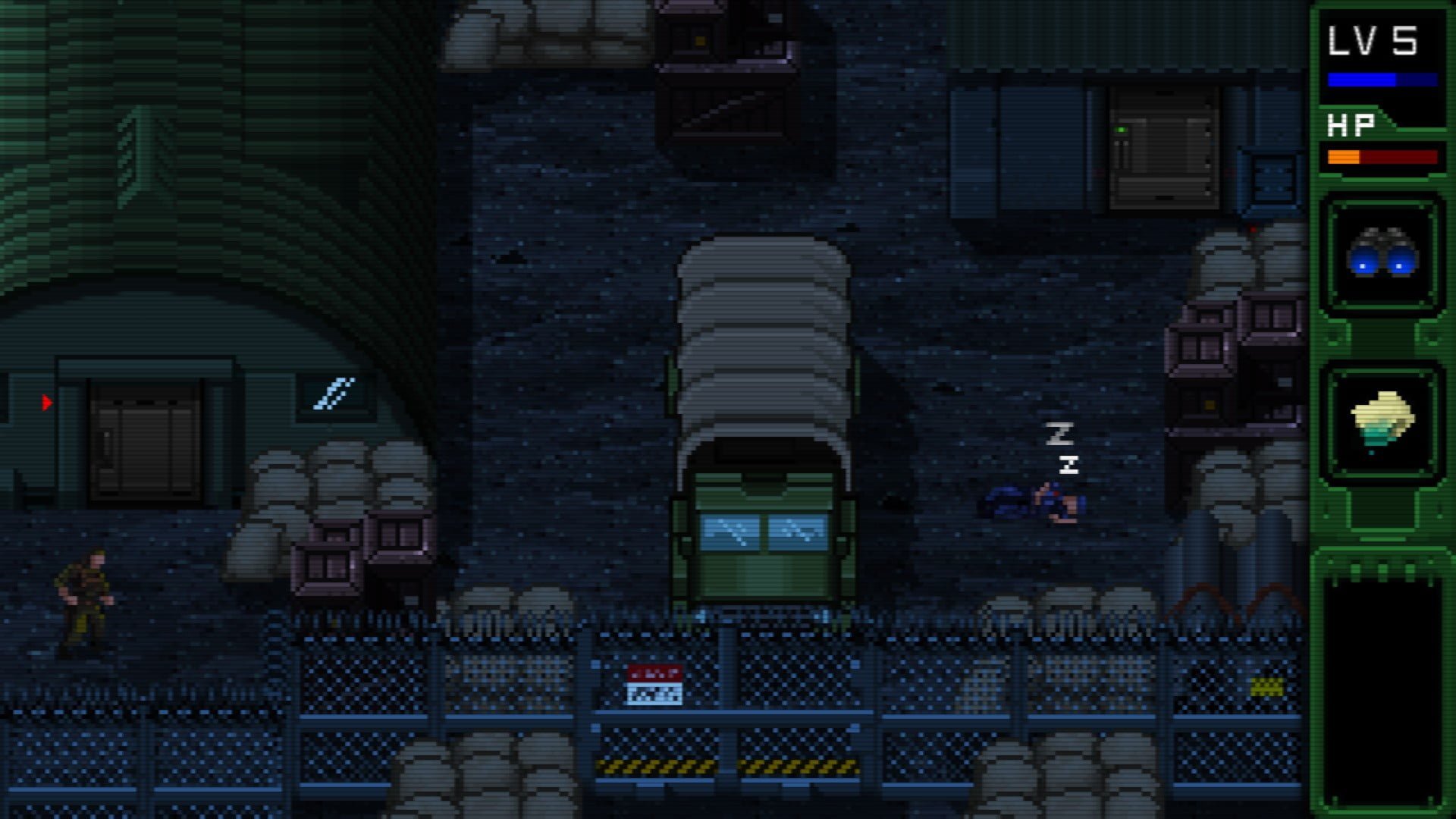 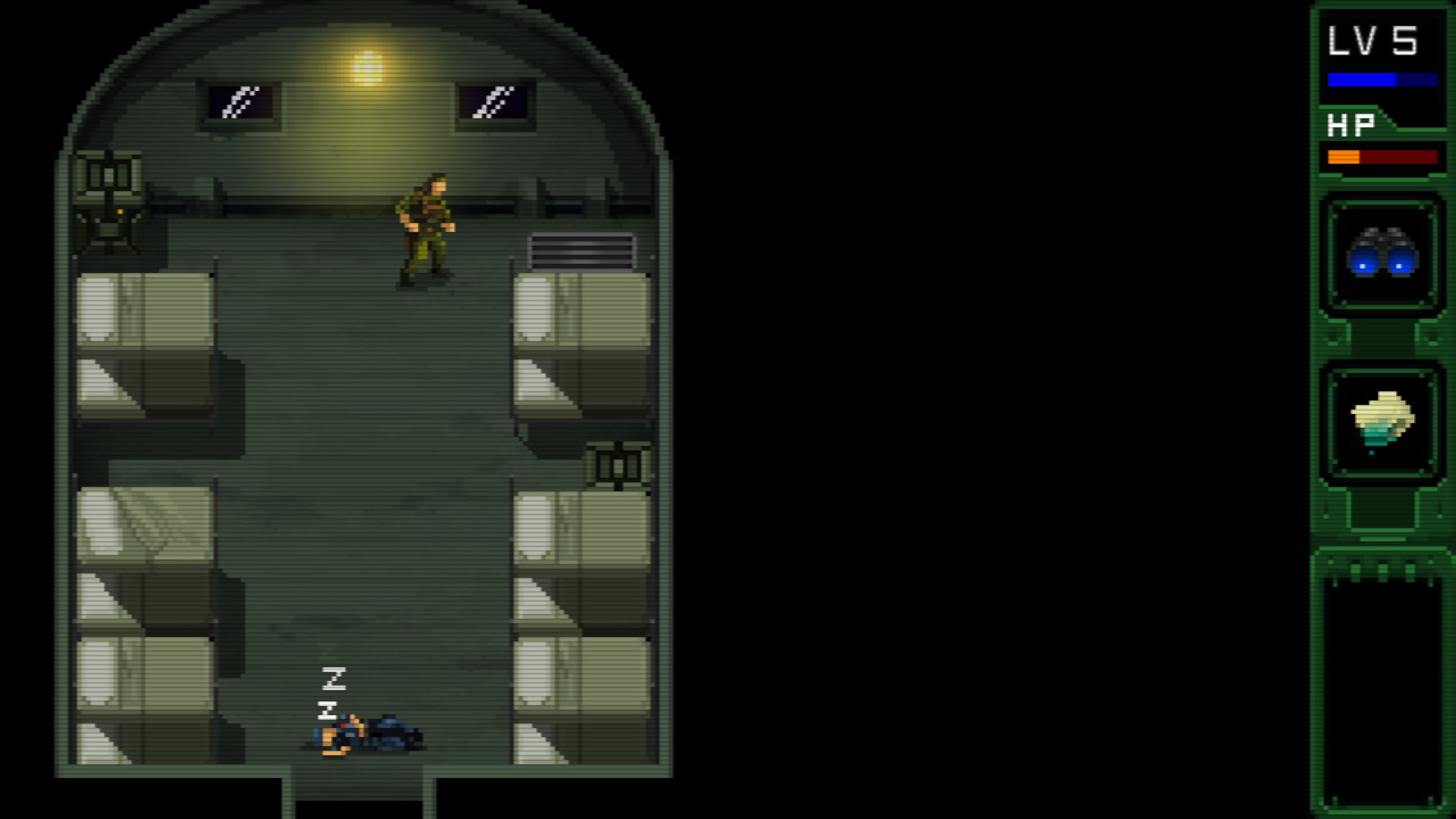 The second secret of this chapter is in the small building south of the officer’s building. Once inside, you have to break the wall to the right of the grenade cabinet to get a bulletproof vest.

The first secret of this chapter is near the start. Loop around the large missile from the lower screen and break the boxes to reveal a hidden hatch with a secret room below.

Once inside, break the boxes to obtain 3 bullet slots and a grenade slot. 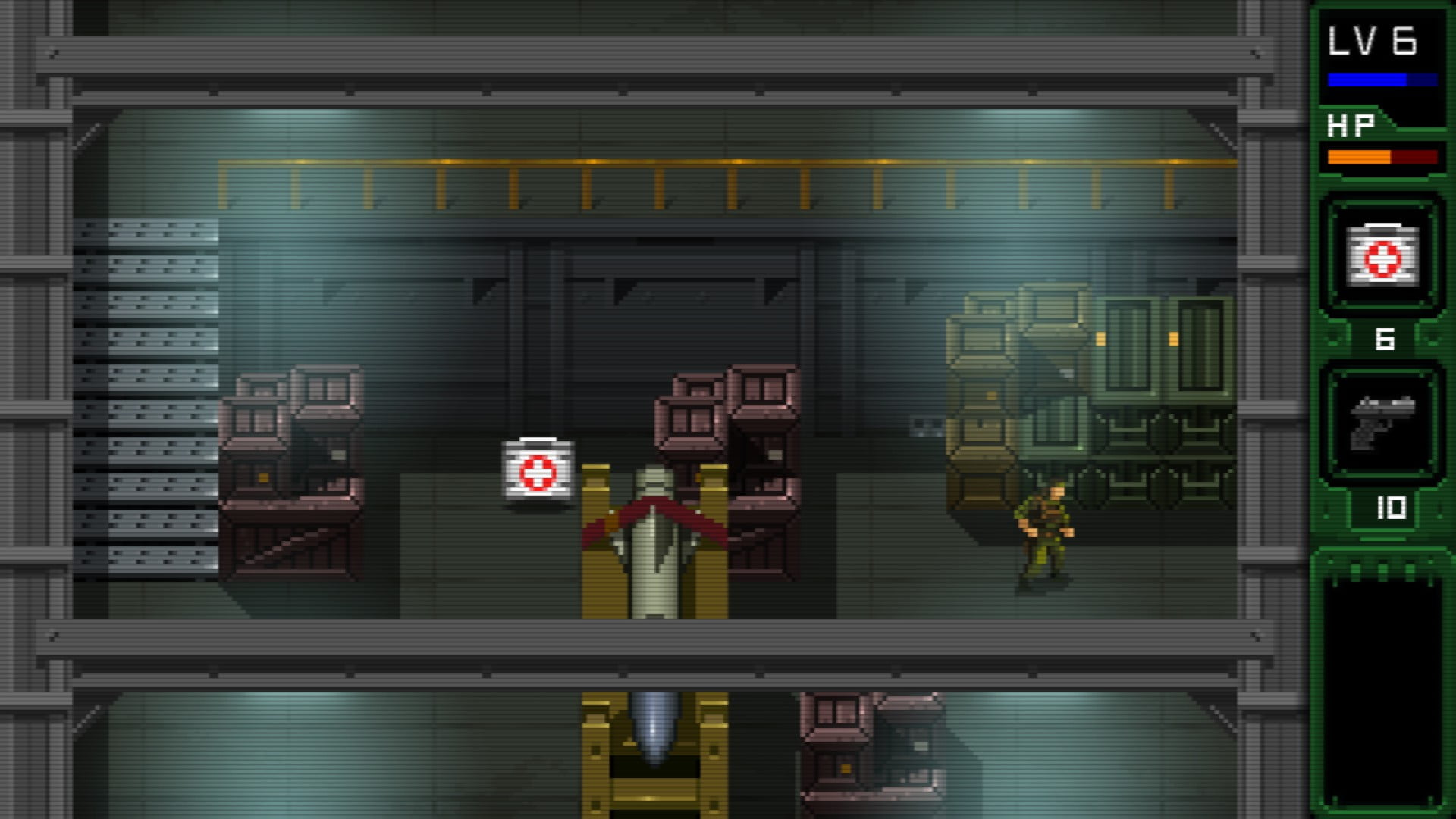 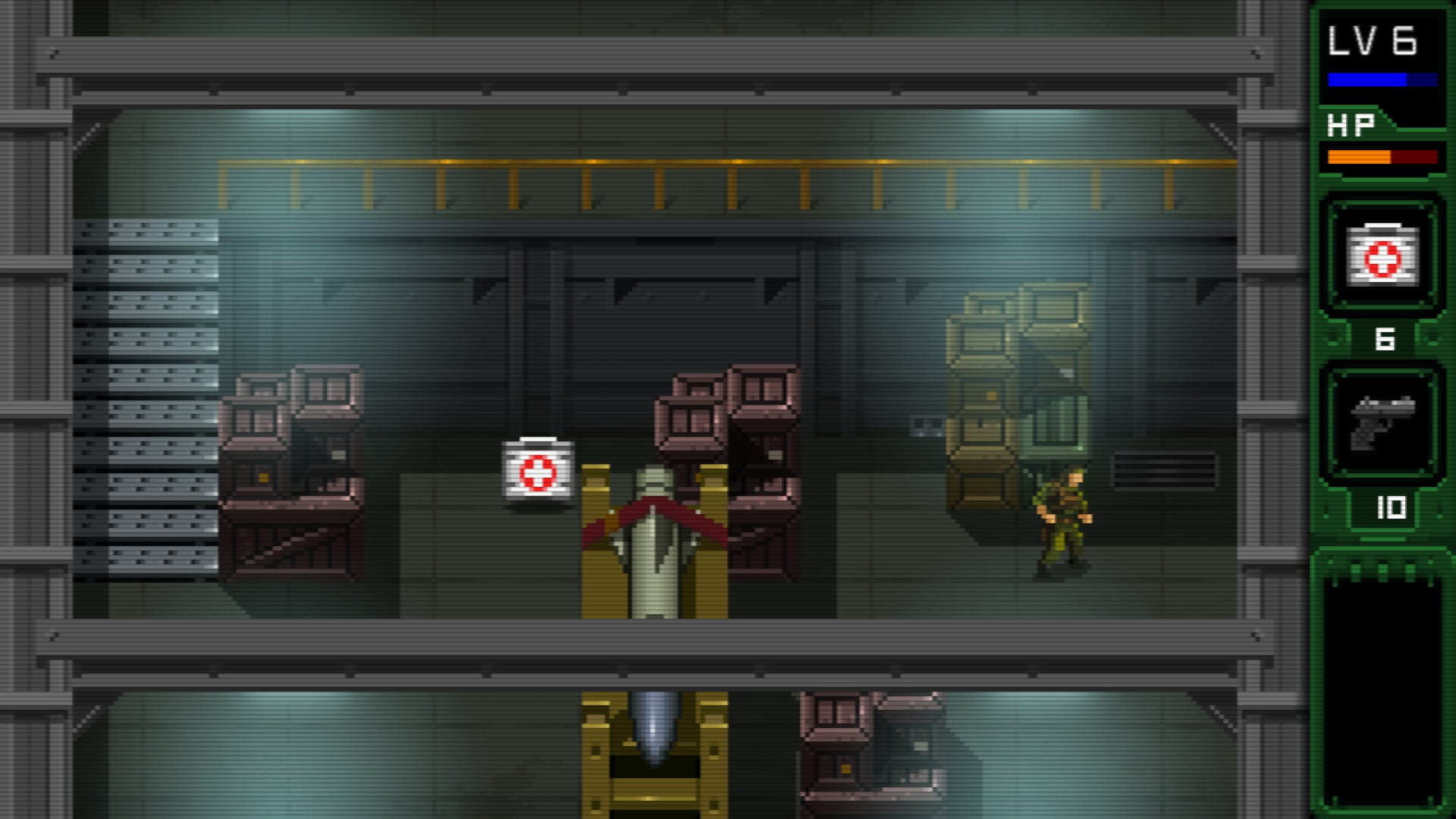 After obtaining torpedoes for your submarine, you will reach the stage pictured below. Blow up the cracked wall in the top right corner to reveal a hidden stamina upgrade.

The two secrets are near the beginning of the chapter. Just head west and then north. Punch the brown crate in the top right and climb down the ladder for some boxes to break for goodies and stamina upgrade.

The second secret is behind the wall between the two crates at the top as you can see on the second image. 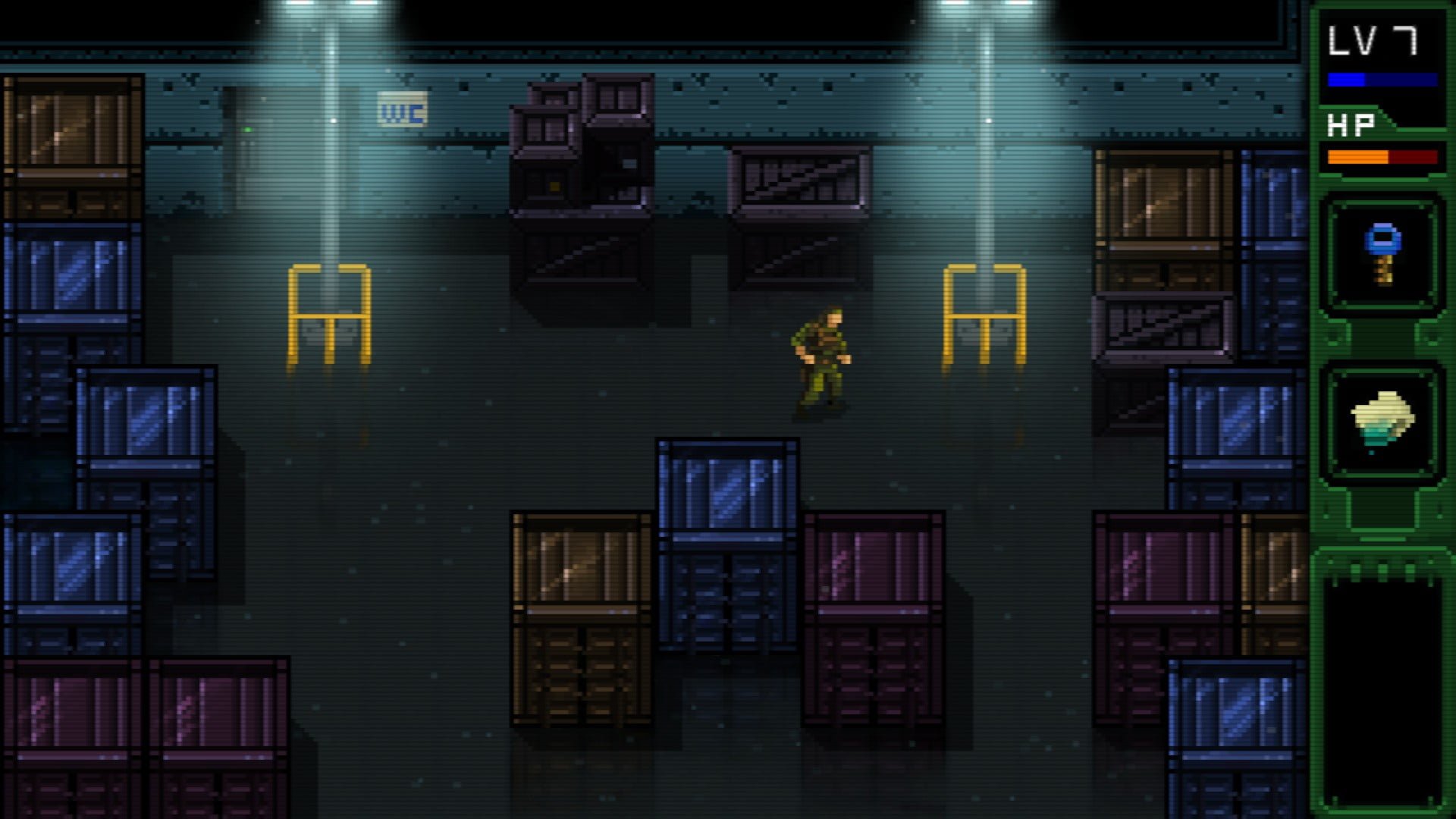 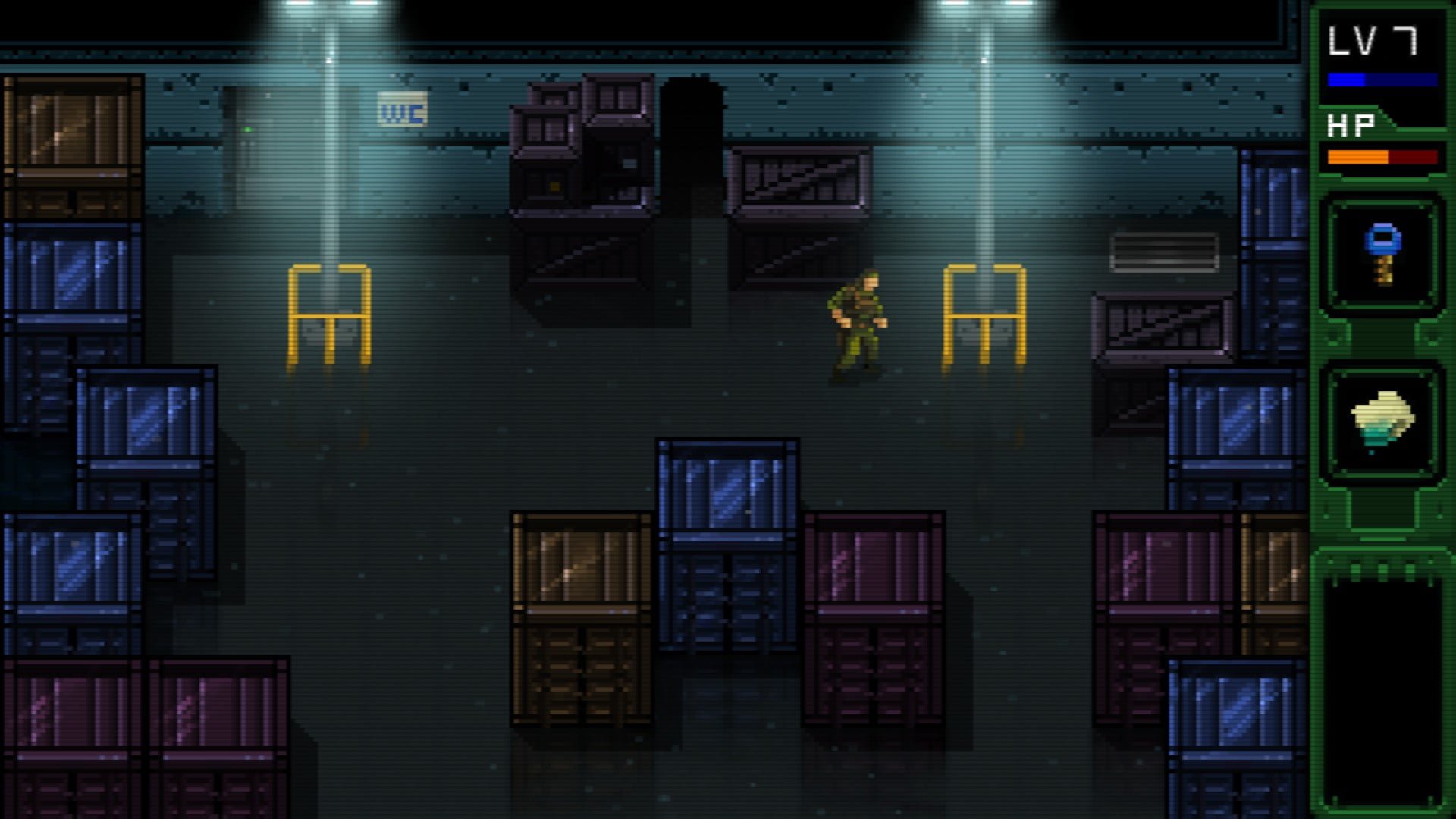 Once inside the hole in the wall, you’ll enter in a small hidden room. Punch the top left crate to reveal another hidden hatch. Climb down and you’ll be in the left underground room for more goodies, one bullet slot and one grenade slot!

Moreover, If you follow this guide since the beginning, you will unlock the “Secret” achievement at this step! Congratulations!

Chapter 8: A Thousand Eyes Are Watching You – 2 secrets

When you place the second fake Mike statue down, break the top left palm tree when the camera isn’t looking to reveal a hidden stamina upgrade. 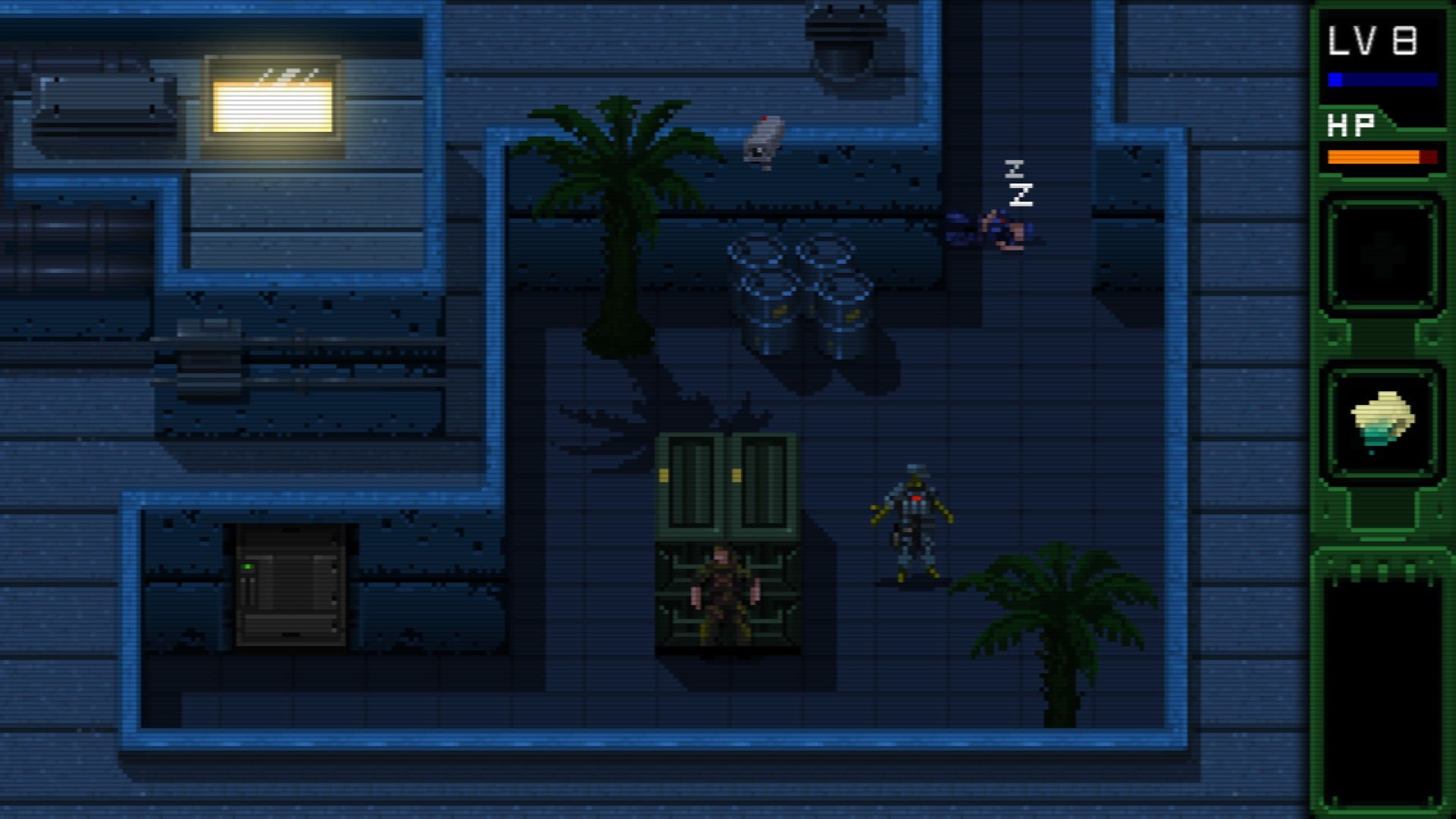 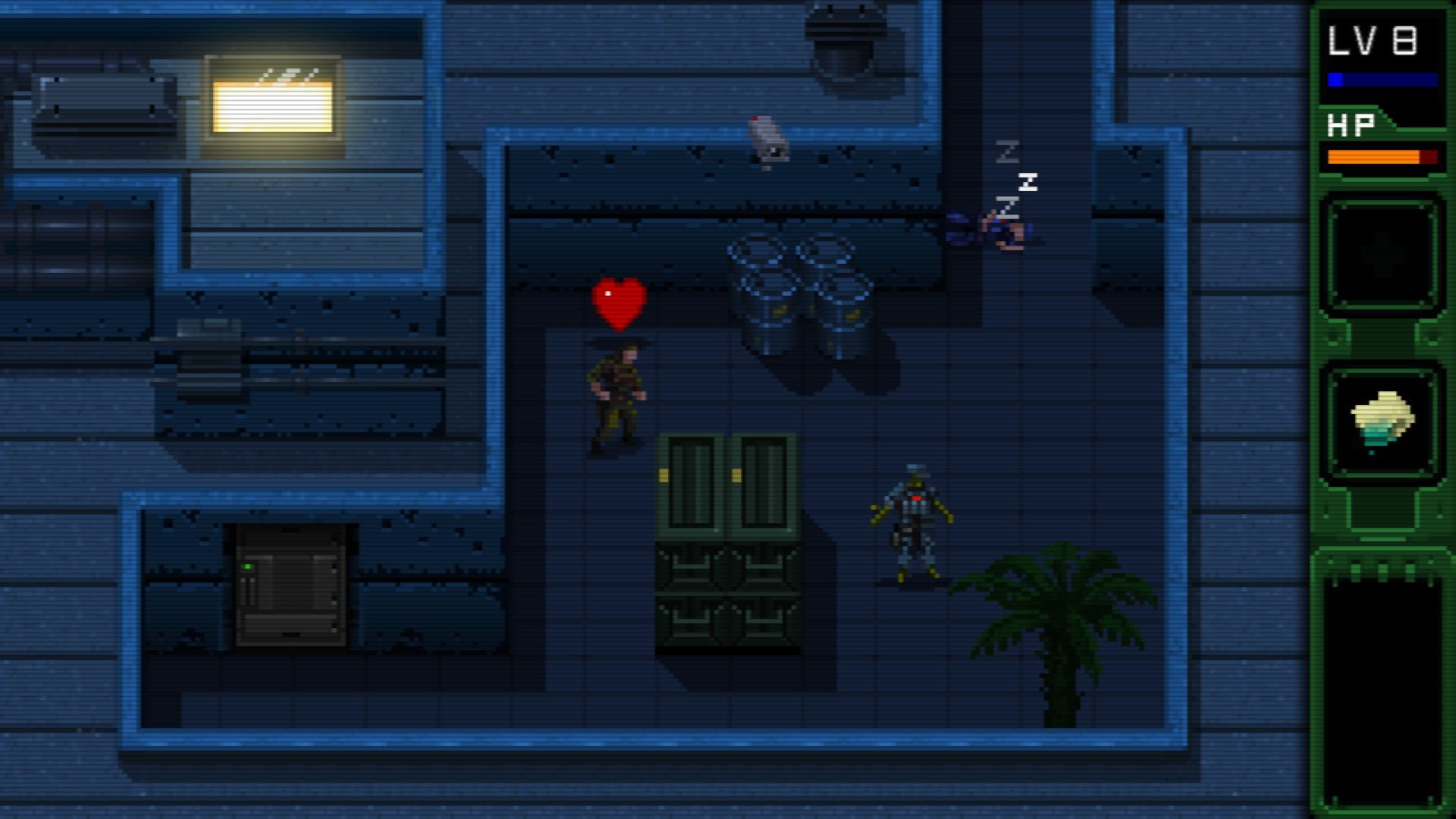 The second secret is to the left of the bathroom. You need to get the electromagnetic grenades to reach this part.

There’s a hidden door behind the tree. Just hug the wall and move side to side until you hear a door open. Move up to go through it for some crates containing more electromagnetic grenades and a stamina upgrade.

The first secret is in the northeastern room of the first floor near the start. Break the third large fuel drum with no warning sign to reveal a hidden hatch with a secret room below containing some goodies, including a blood bag which will instantly refill your health upon use!

However, be careful: contrary to stamina or bullet/grenade, the blood bag is not a passive item! You can use it only one time! 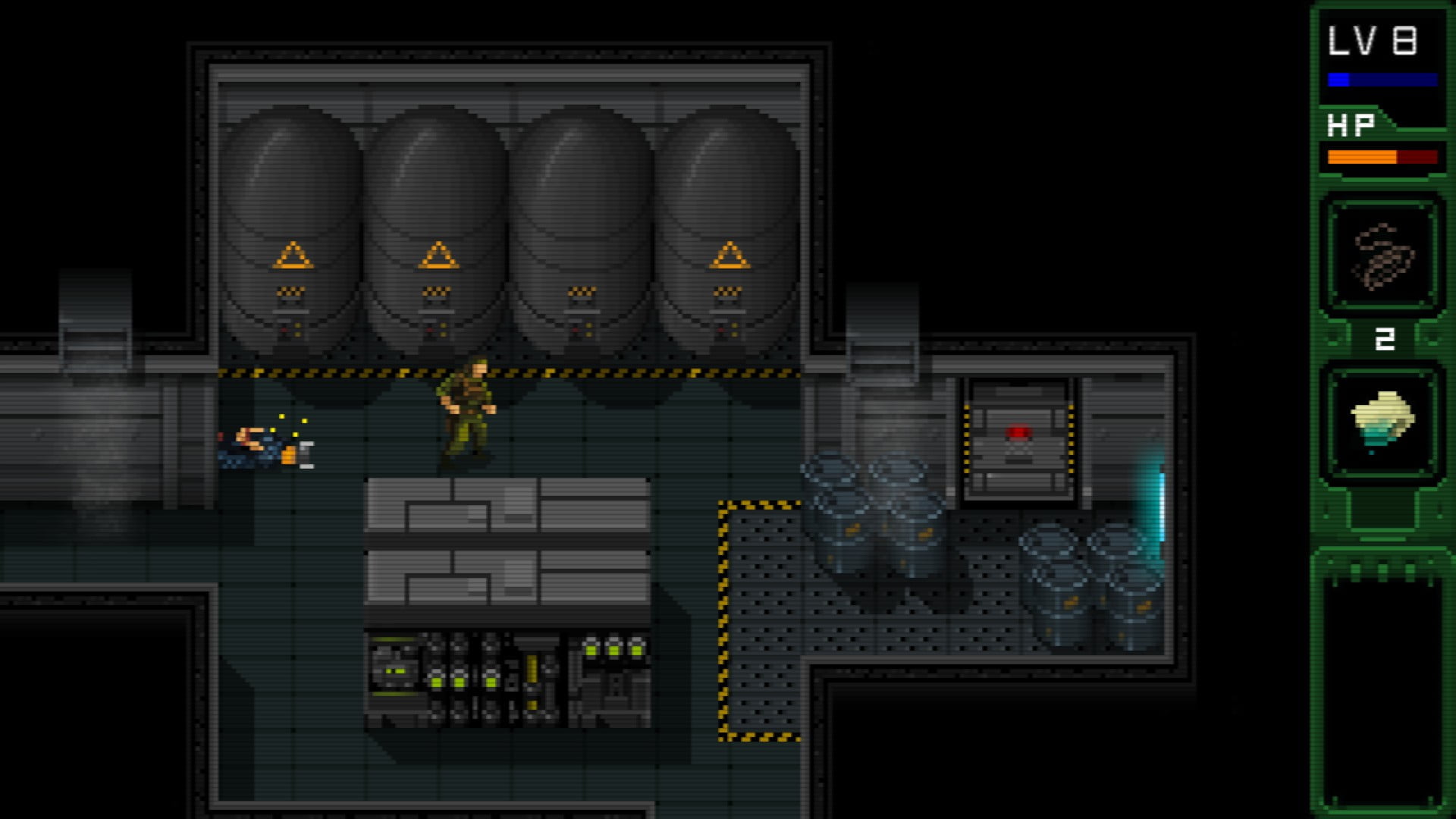 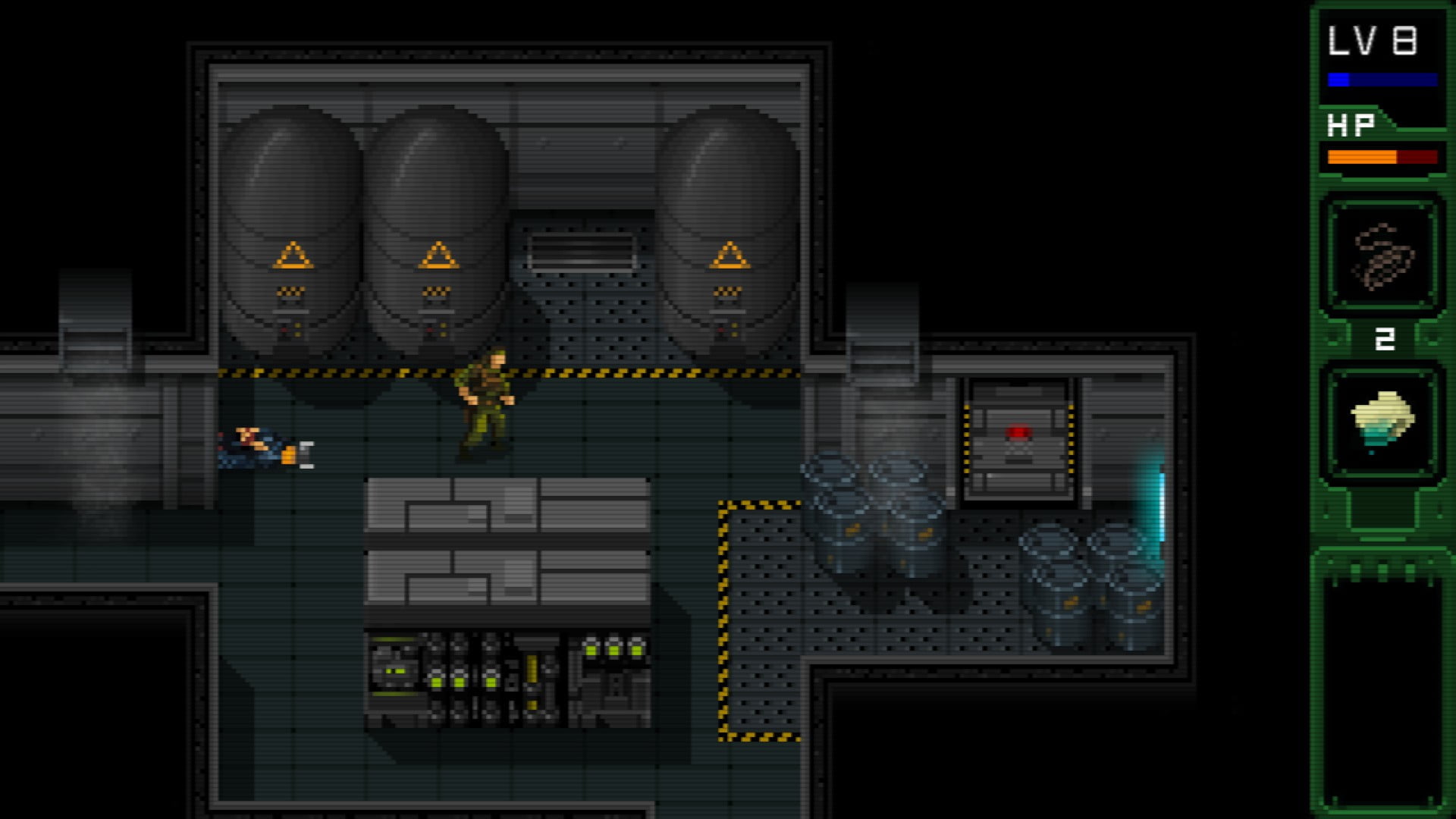 When you reach the roof, roll under this water tower and break the air conditioning unit to reveal a hidden hatch. Go down it and break the box here for a grenade slot.

You can also push the red crate to the right to access the rest of the room if you already broke the box on the other side when you was on the 3rd floor. 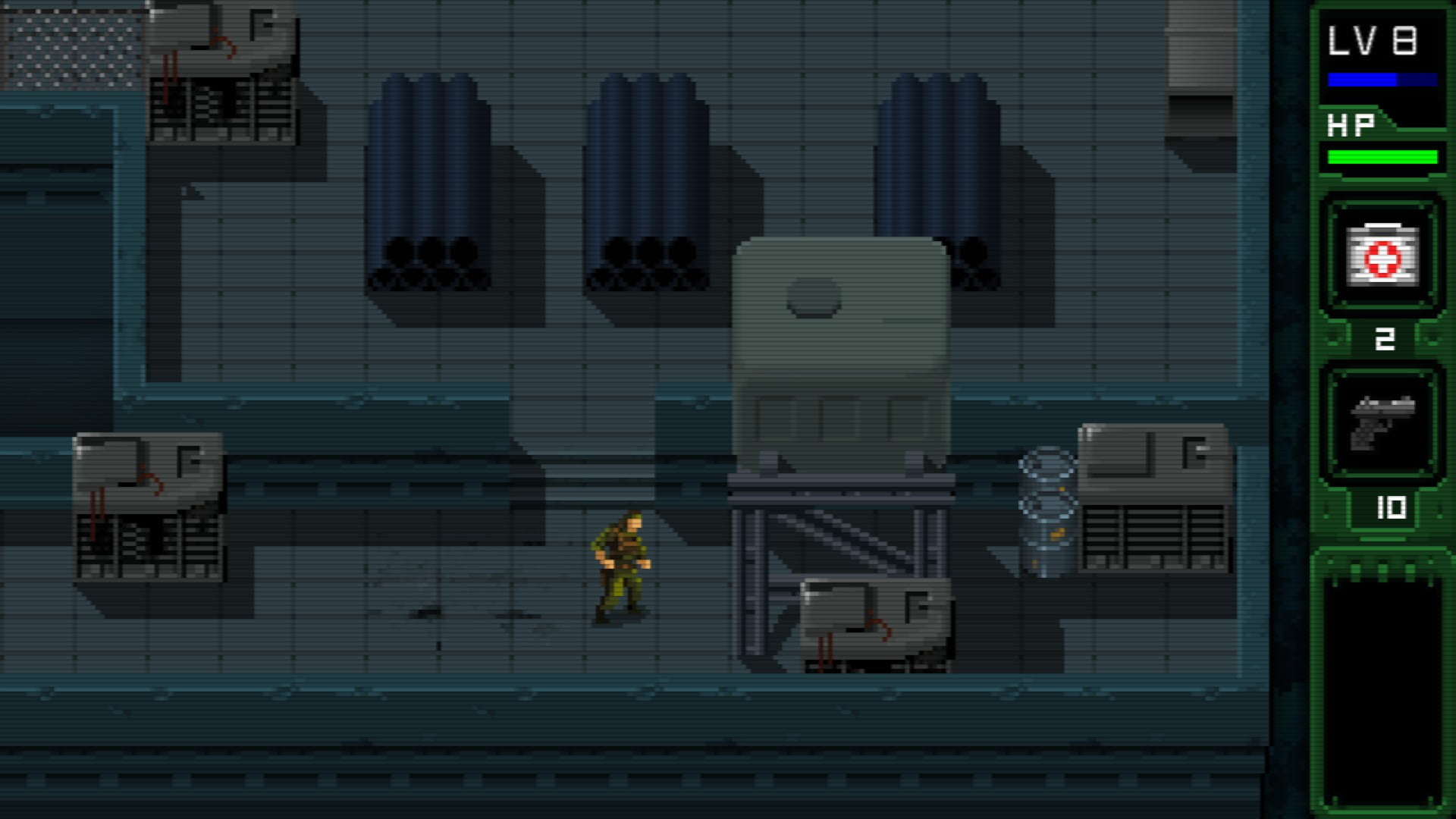 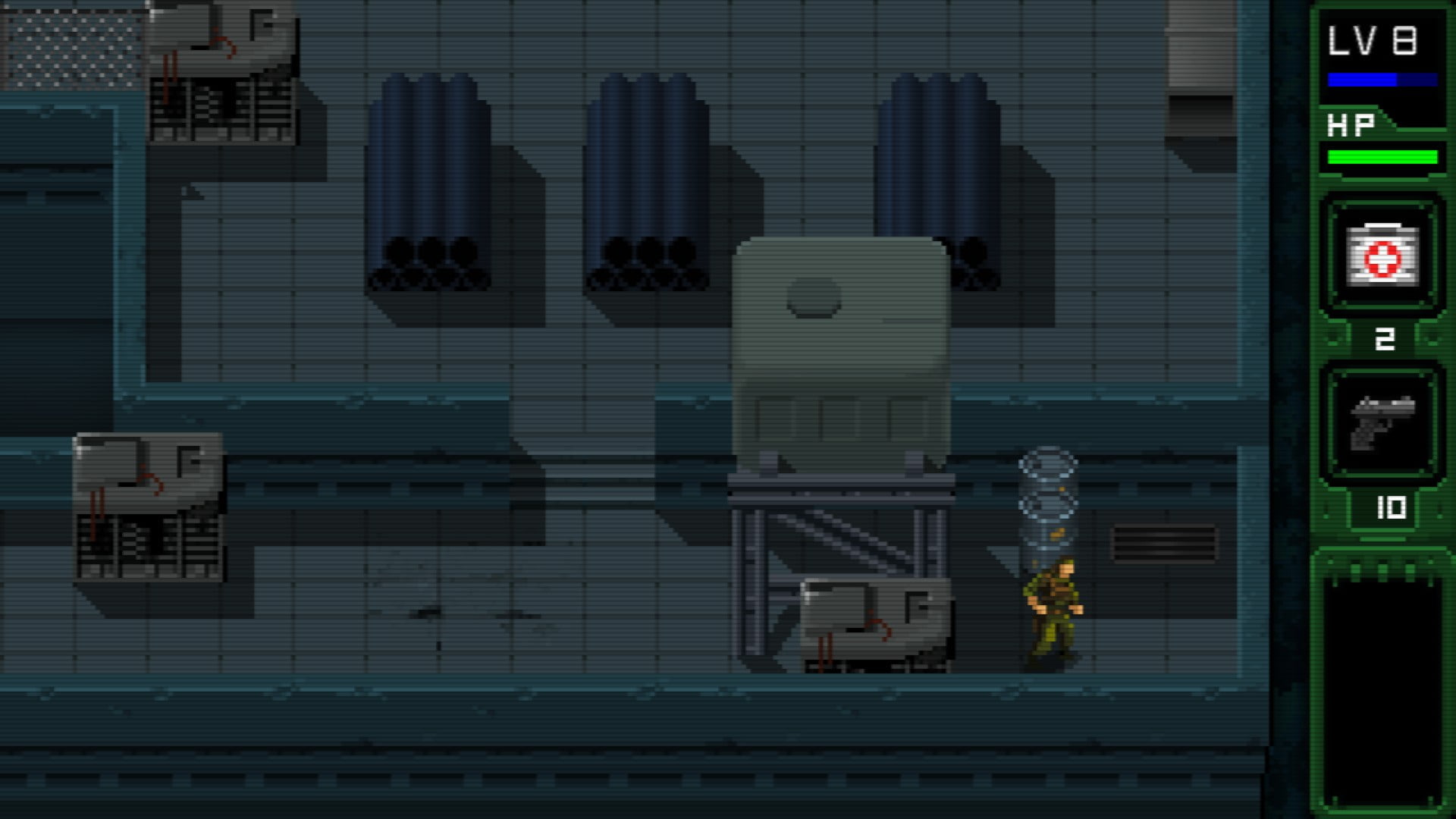 The final secret of the game is in the first prison cell door to the left at the start of the basement labyrinth. I will not describe what the room contains to not spoil the surprise :)!

There’s also an achievement for finishing the labyrinth without breaking any doors, so if you want to go for it, you should skip this secret. You don’t need all of them to unlock the “secret” achievement and If you have followed this guide so far, you already have it ;)!

There are no secret in the final chapter “Escape Complete!”, so, congratulations! You have now found all the secrets contains in the game :)!

Thank you for reading and following this guide to the end! Hope this one has been useful to you!